With today's exceptionally quick launch of Dota Underlords, I finally understand Valve Time. When unhurried, the studio takes longer, compressing the excess time for use later. When they need to hustle to get a game out of the door before the competition heats up? They reverse the valves and work like demons. At least, that's how I'm explaining it. Underlords is a turn-based tactical deckbuilder with near-nothing to do with chess, and is out now on both PC and mobile, with full cross-platform play. It's free (albeit in open beta) and on Steam here.

Based on the ultra-popular mod Auto Chess, this Dota spinoff exploded into its own genre practically overnight. While original mod creators Drodo Studio are developing their own Auto Chess standalone game and Riot Games (League Of Legends) have just launched their version -- Teamfight Tactics -- into semi-closed beta, Valve are somehow first to the punch. While it helps to know your Dota 2 heroes, Underlords is a faster and more accessible game than the mod that inspired it, with a chunky, clear interface fitting for casual play on all devices. 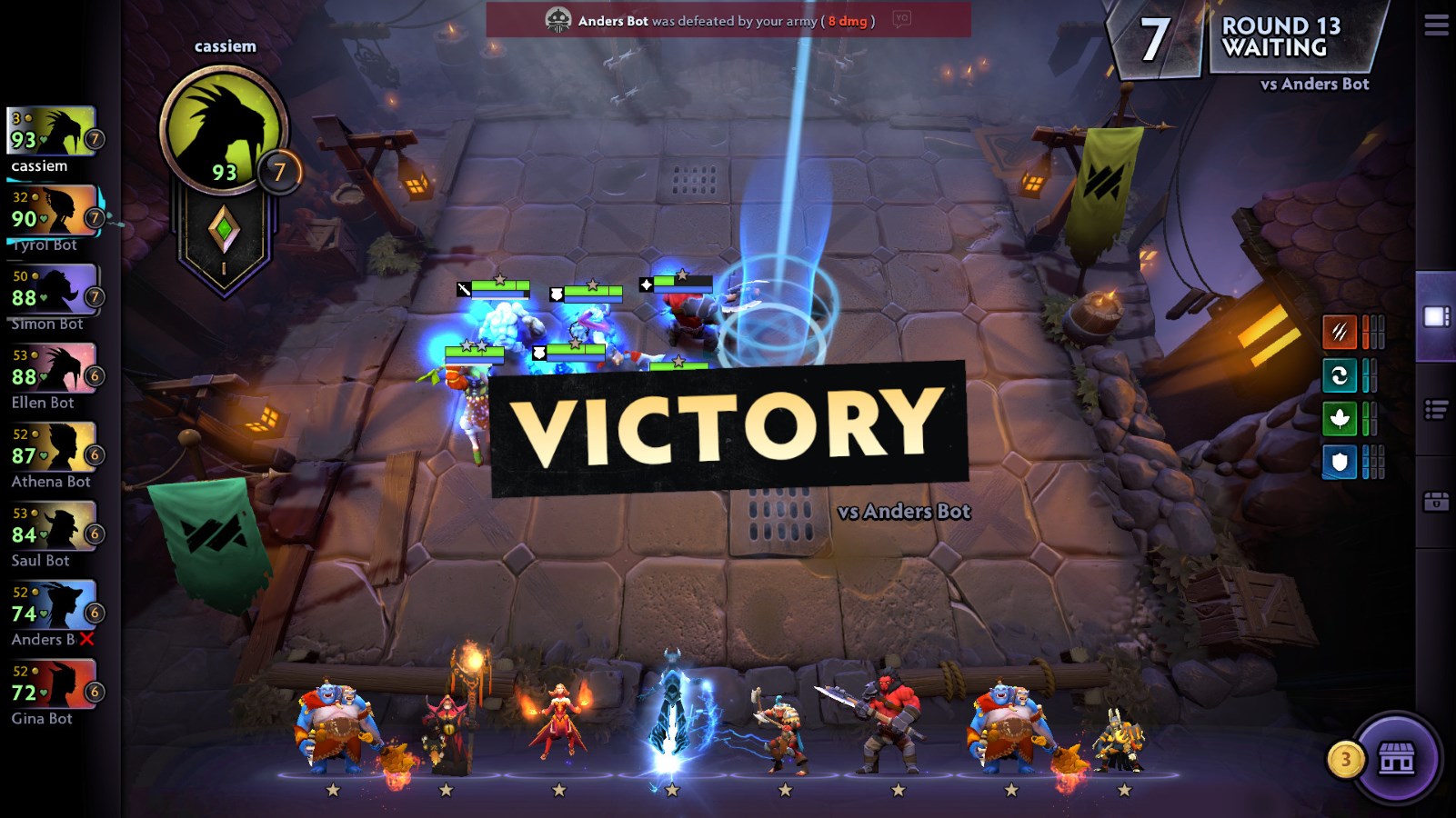 The flow of play is simple: Eight players/bots enter, one leaves. You earn money through fights, spend them on a random selection of heroes, then place them on your board. Then you hit the combat button (if against bots), and hope that your layout beats whatever comes at them. Rinse and repeat. As this is Dota-based, players are in their own invisible 'lane', trying to level up (player levels increase the number of heroes available, buying multiples of the same hero boosts their stats), build their perfect fighting party and prepare for when the game starts matching player against player.

Losing a round is not losing the game, but takes a chunk out of your health bar, and rounds continue escalating until all but one player is eliminated. Personally, it's not for me. While you can see what other players are deploying, you can't see see what 'creep' are enemies coming each round. A bit too unpredictable for my tastes, but it's undeniably popular. Even as someone who has played fewer than five Dota matches total (in any incarnation), I had no trouble jumping in and doing well against the tutorial bots. Of course, real players will likely stomp me, but playing against humans is optional. If you're on the fence, just give it a spin.

Dota Underlords is out now (in open beta) and free to play. Grab it here on Steam, or read a little more on its official page here, where you can find the mobile version.