If you click on a link and make a purchase we may receive a small commission. Read our editorial policy.
Developer: Dice
Publisher: Electronic Arts

Croutons adrift in war-soup. If you want an analogy for playing soldiers in Battlefield V, it’s hard to do better than that.

That soup is delicious, but it’s also very easy to drown in. You’re one tiny ant in a conflict that’ll crush you without even realising you’re there, in an arena dominated by disposability. None of this is new.

Reviewing Battlefield is tricky, because it involves assessing iterative improvements to the same experience I've had for so many years in a row. The flavours change, the emphasis shifts: but Battlefield’s battlefields are always similar at their core. They all instil the same sense of awe, immersion, bombast - and ultimately, boredom.

But let's put that aside, just for a bit. There’ll be at least one person reading this who hasn't played a Battlefield game, and to them I cannot be more emphatic: buy this. 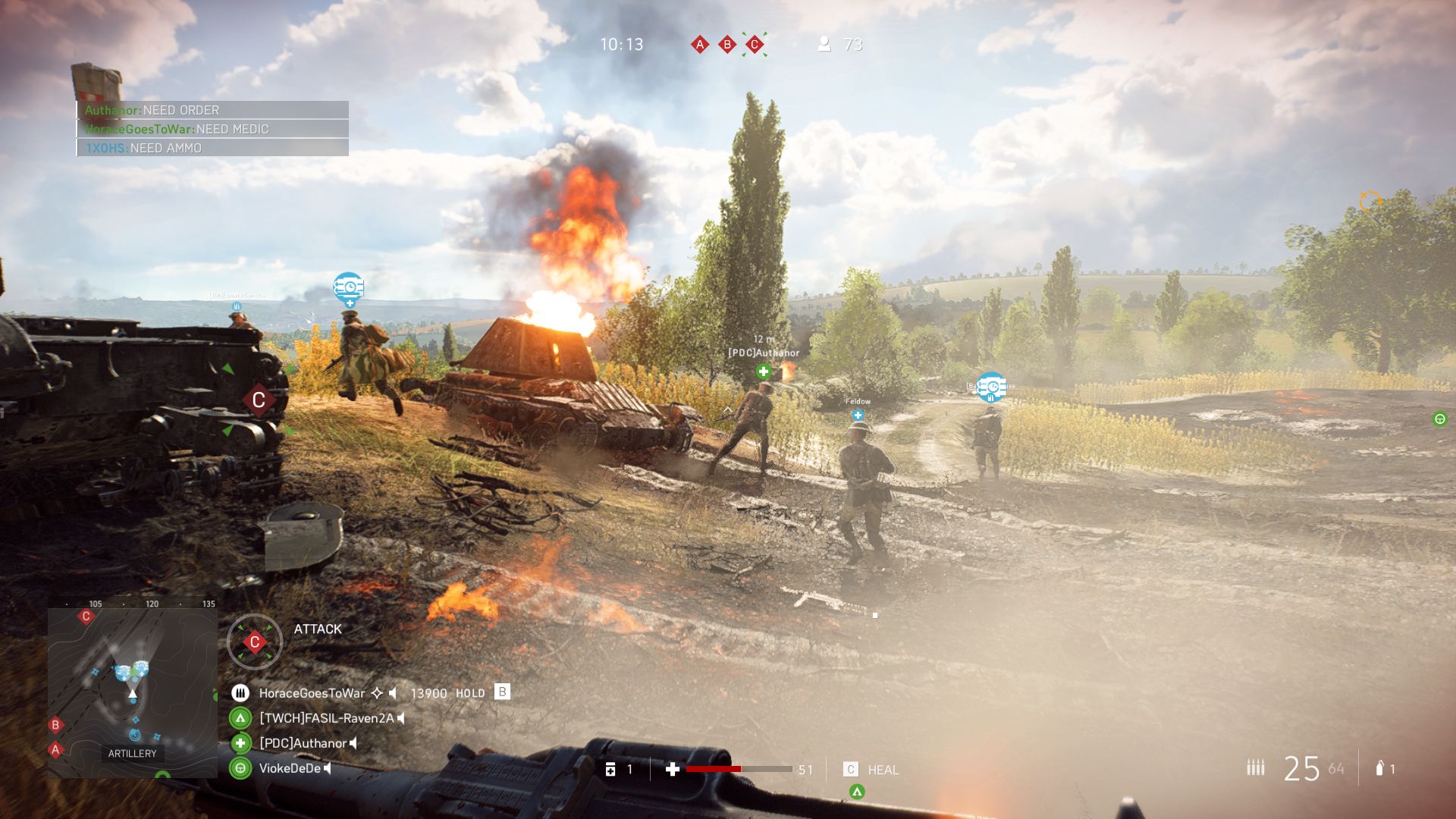 Exquisite sound design, beautiful graphics, the sheer spectacle of 64 players blowing each other to pieces with hulking weapons of war - there are many games about shooting people in World War 2, but none of them hit as hard as Battlefield.

As ever, a marriage of scale with high-fidelity destruction results in maps that are stunning simply to exist in. Running past explosions, diving away from sniper fire, hearing crashes from individual chunks of falling masonry rain down around you. It’s thrilling. It’s fantastic. It’s familiar.

Not that there aren't changes, and not that they aren't welcome. Ostensibly the biggest is that every soldier now has a magic construction kit, allowing them to plop down sandbags that provide cover where it's lacking. You can only build in pre-set locations, but those are common enough that the system never feels limiting - and it doesn't take long to get a sense for where it's possible to fortify. The Engineer class has a bigger toolkit that lets them knock together bridges and tank blockades, though those are rarer and not as game-changing as they might sound. 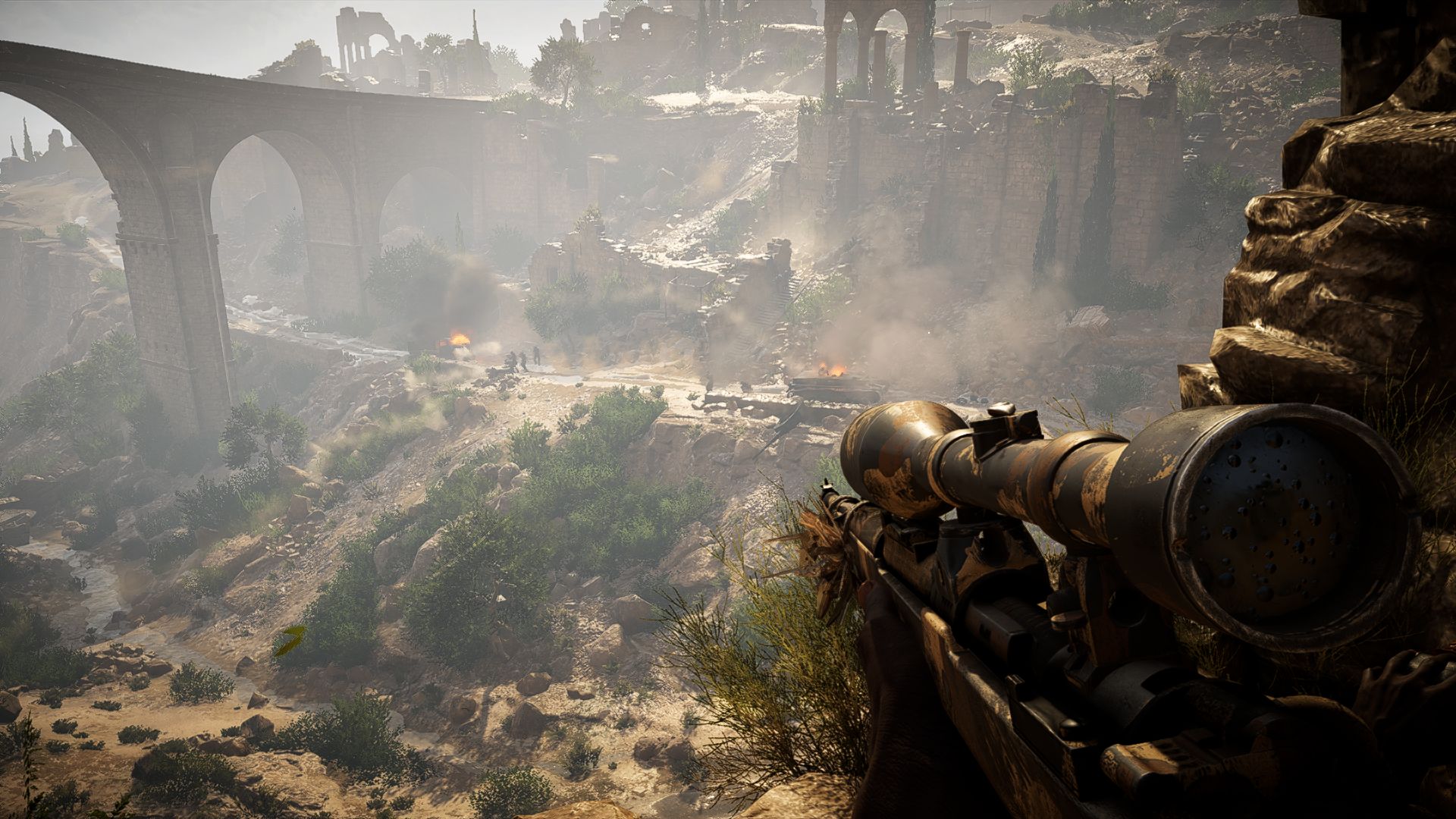 It's a nice addition rather than a revolutionary one - an overarching sentiment that I've bet you've already spotted. What you'll have a harder time spotting are enemy soldiers, who can now only be highlighted with tracking markers by the Recon class. They can't just mash their 'Q' button, either - they need to whip out a special pair of binoculars, or get close enough to use a flare gun. If they're using the the first of two sub-classes, just shooting at an enemy works too.

Covering open ground is still perilous, but the restricted spotting system gives sneaky folk like me a fighting chance. I've always loved skulking along the outskirts of a map to launch long-distance ambushes from unexpected directions, and those have never been easier to get away with. It's hard to describe the full pleasure of landing headshots without sounding psychopathic, and with no way of accurately transcribing the 'schting' noise. I think it's got a lot do with control, though.

Sniping makes me feel like I've got a modicum of control over a war that's too big for me to really have any. If I die while I'm tucked up in a sniper's nest, it feels like I'm to blame - like I could have been faster, or more cautious. Running around on the frontlines means inevitably running into people who'll see you first, and getting ground up under Battlefield's machinery that much more quickly.

At least dying has a compulsion of its own, I suppose. 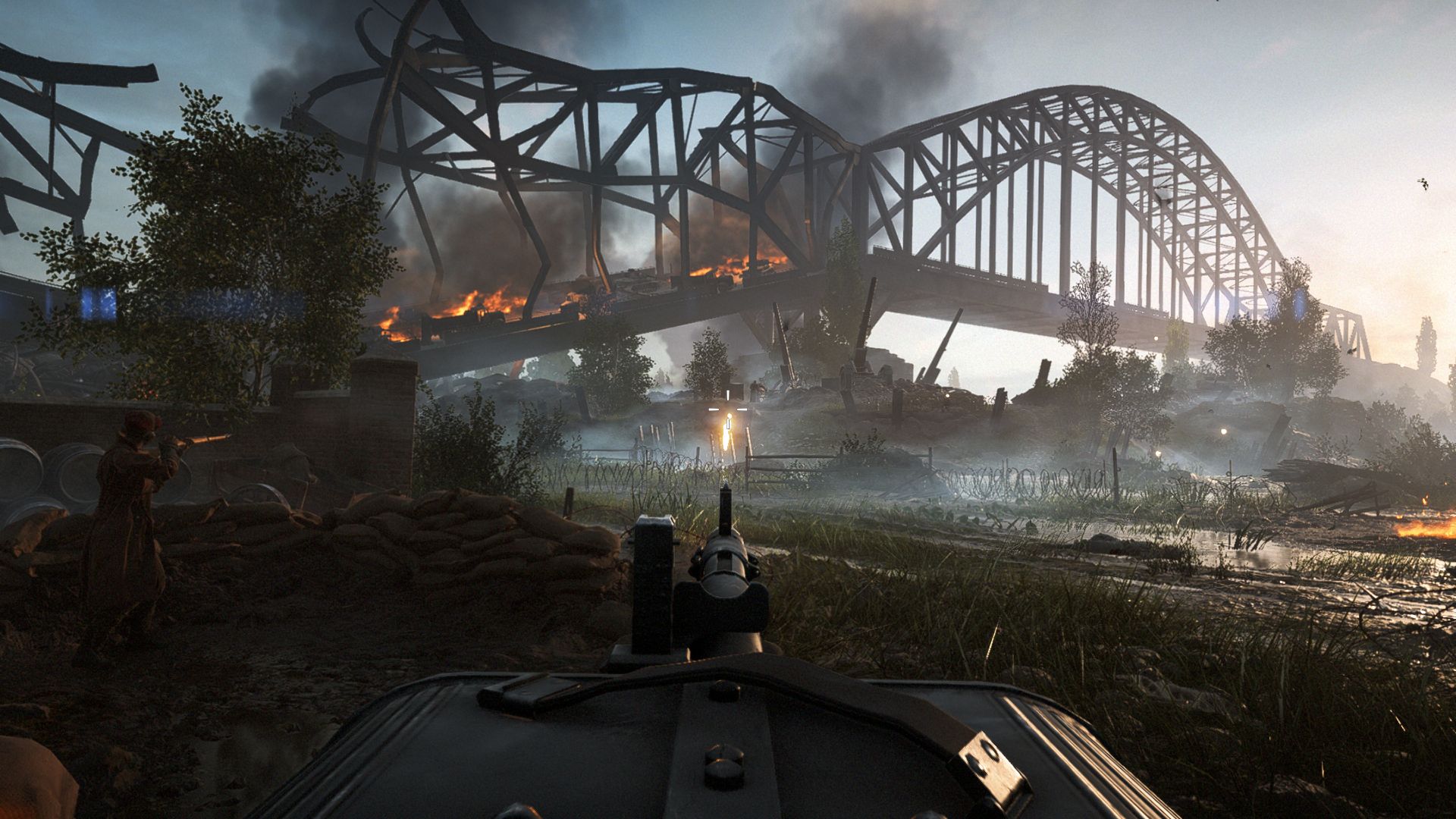 With a guttural spluttering noise, actually toned down since the beta, your head slams down into the muck as your spirit soars into the air. Then you're looking at a top down view of the actual map that lets you respawn next to a control point or squadmate, then you're zooming back down - possibly in time to see an explosion transform from a black splodge into a spray of dirt and noise erupting around you. It's a cool trick, but again, a familiar one.

More caveats will follow, but the rate at which Battlefield is getting better has stopped outpacing my dissatisfaction with the futility it always invokes. The scale of the spectacle robs individual actions of their significance. I spend far too much time trudging between command points, and far too little feeling like I’m meaningfully contributing. You can feel more important and waste less time in the modes with smaller player counts, but they're still gruelling.

Let's jump straight into the first caveat, then, which is that I haven’t had a chance to play as part of a coordinated squad. A well organised group can obviously have a larger impact than a lone wolf, especially given the buffs dice have effectively given to teamwork. Any class can now revive their squadmates, and class dependencies like dispensing med kits and ammo give further advantages to those that stick together. 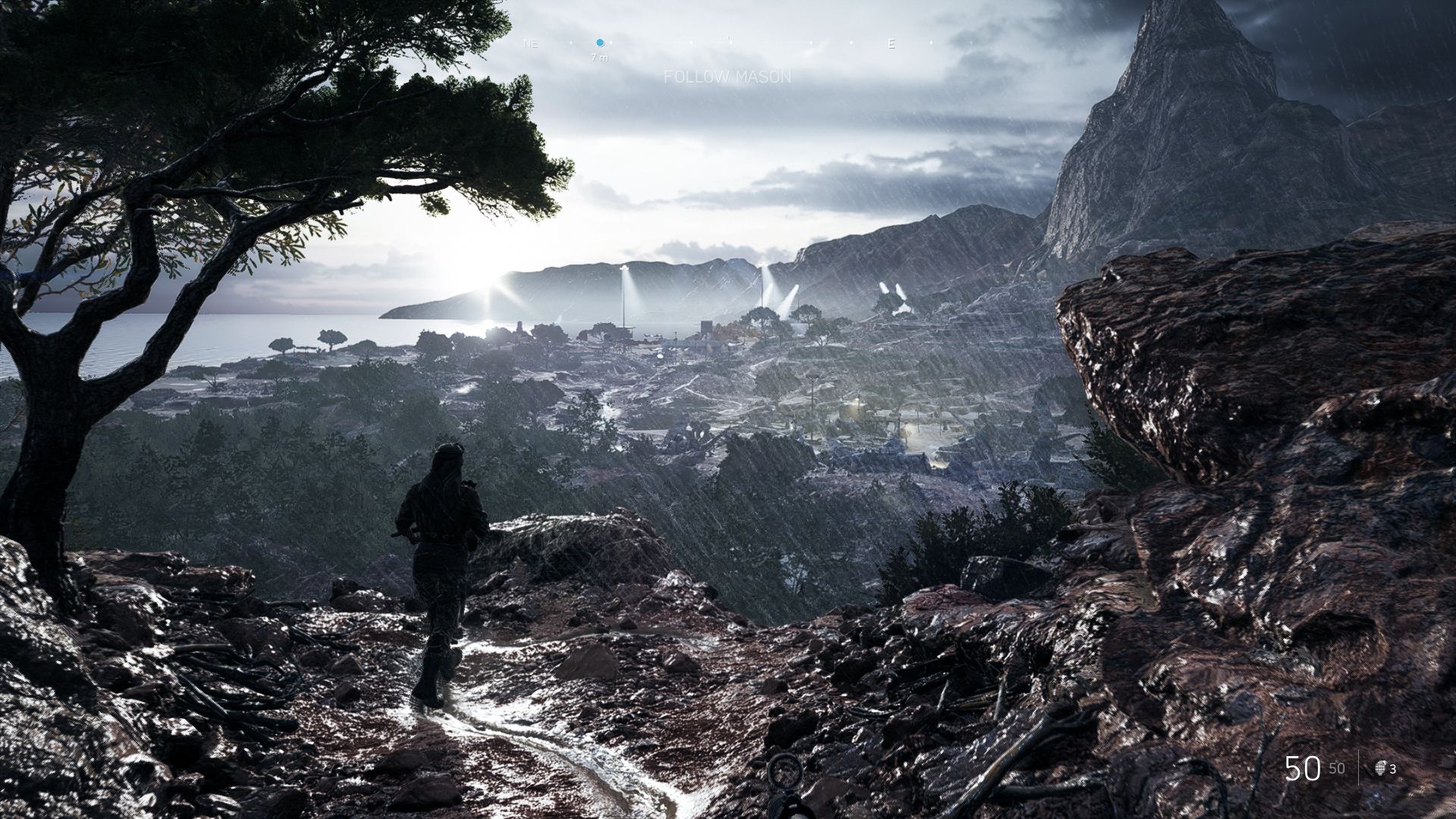 Being a lone wolf has advantages of its own, mind. It means I can crank the volume up to just below the point where it feels uncomfortable, and none of the tension gets sucked out by friends cracking wise in my ears. After playing COD Blops 4 so recently, it's clear to me what makes this a step up: there's room for excitement to build, for situations to develop. COD is about running and bumslides. Battlefield is about sieges, ambitious flanks, and clinging on to survival.

There's the second caveat: before the war weariness sank in, I thoroughly enjoyed my first go on every map. They’re mostly well designed, apart from the one which is mostly brown rocks. And the one where infantry fight over horribly narrow chokepoints while being bombed by planes. I'm a particular fan of hiding out in Halfaya's ruins, and crawling through the fields of Arras. They're definitely the best fields Battlefield's ever fielded.

I’ve got to comment on the weather, too, and not just because I’m British. There's some magnificent rain, as well as fog and snow that removes long-distance visibility and temporarily changes the dynamic of a fight. It's atmospheric as fuck. 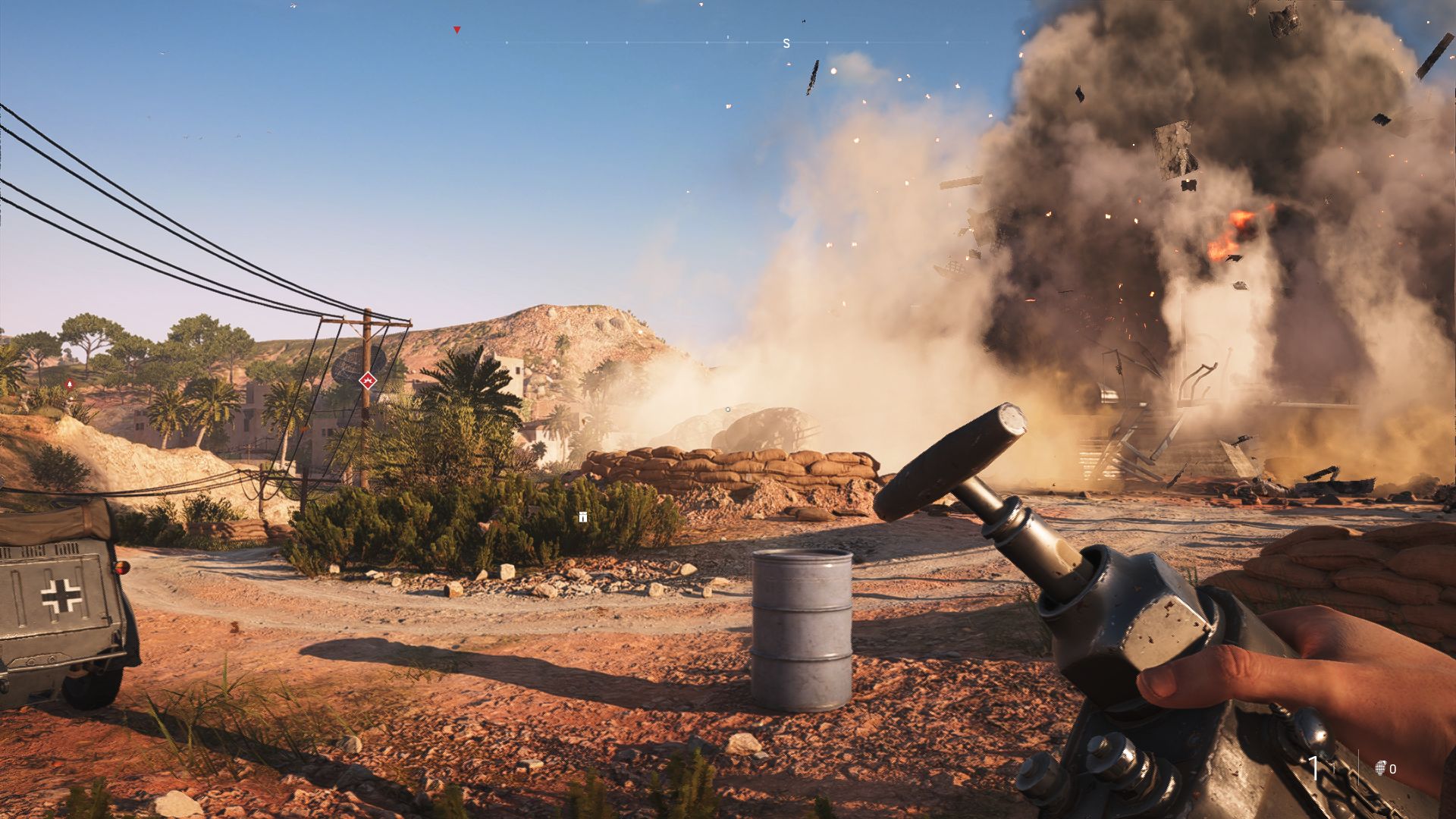 The singleplayer "War Stories" aren't short on atmosphere either, though they're a bit lacking on gravitas. It's hard to care about the fates of characters who you meet so briefly - it only took me four or five hours to finish the three mini-campaigns currently in the game (there's another one out next month). They're each a mix of orchestrated infiltrations, and more free-form bits where you complete objectives in an order of your choice.

They all pile family tragedy atop war tragedy, if you count the "you're not my real dad" vibe in the first one. It's poorly written hokey, for the most part, though I see them less as vehicles for stories and more as opportunities to shoot people with skis strapped to my feet. It's a travesty those skis are confined to just the one mission, because they're strong enough to build a whole game around. I was eager to get back to shooting real-world people by the end of the last War Story, but I'd have loved to take those skis with me. 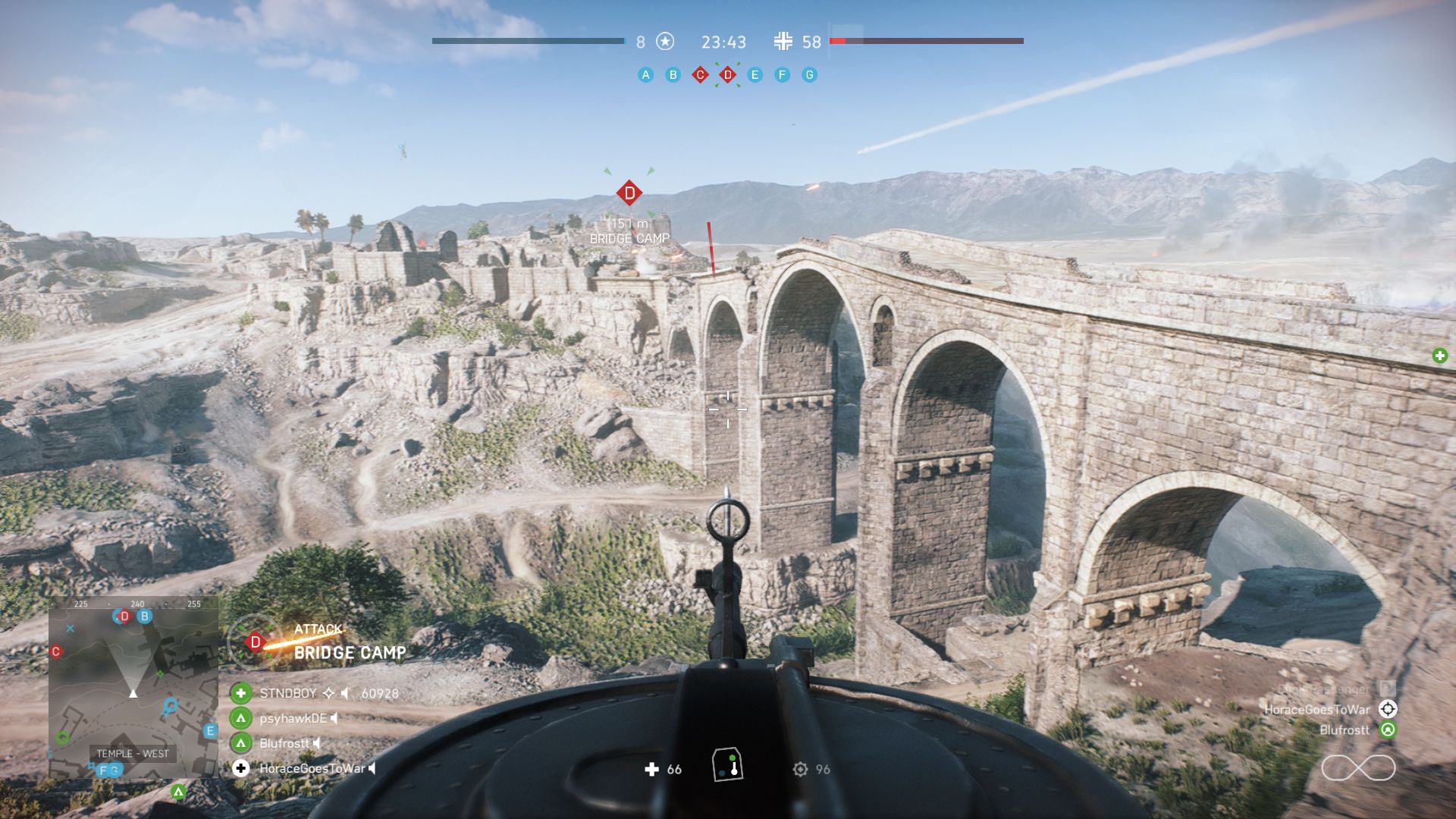 The multiplayer needed something like that. Something that would make me see the battlefield differently, rather than as yet another beautiful monster rearing up to absorb me before spitting me back out again.

That leaves this review in a weird place. Taken on its own terms, Battlefield V is an incredible achievement that's absolutely worth your time and its AAA price tag. Taken in the context of every battle that's gone before, what's on sale is the all-too familiar fantasy of being one insignificant drop in a sea of raging war-soup. It's a fantasy I've lived enough times already. 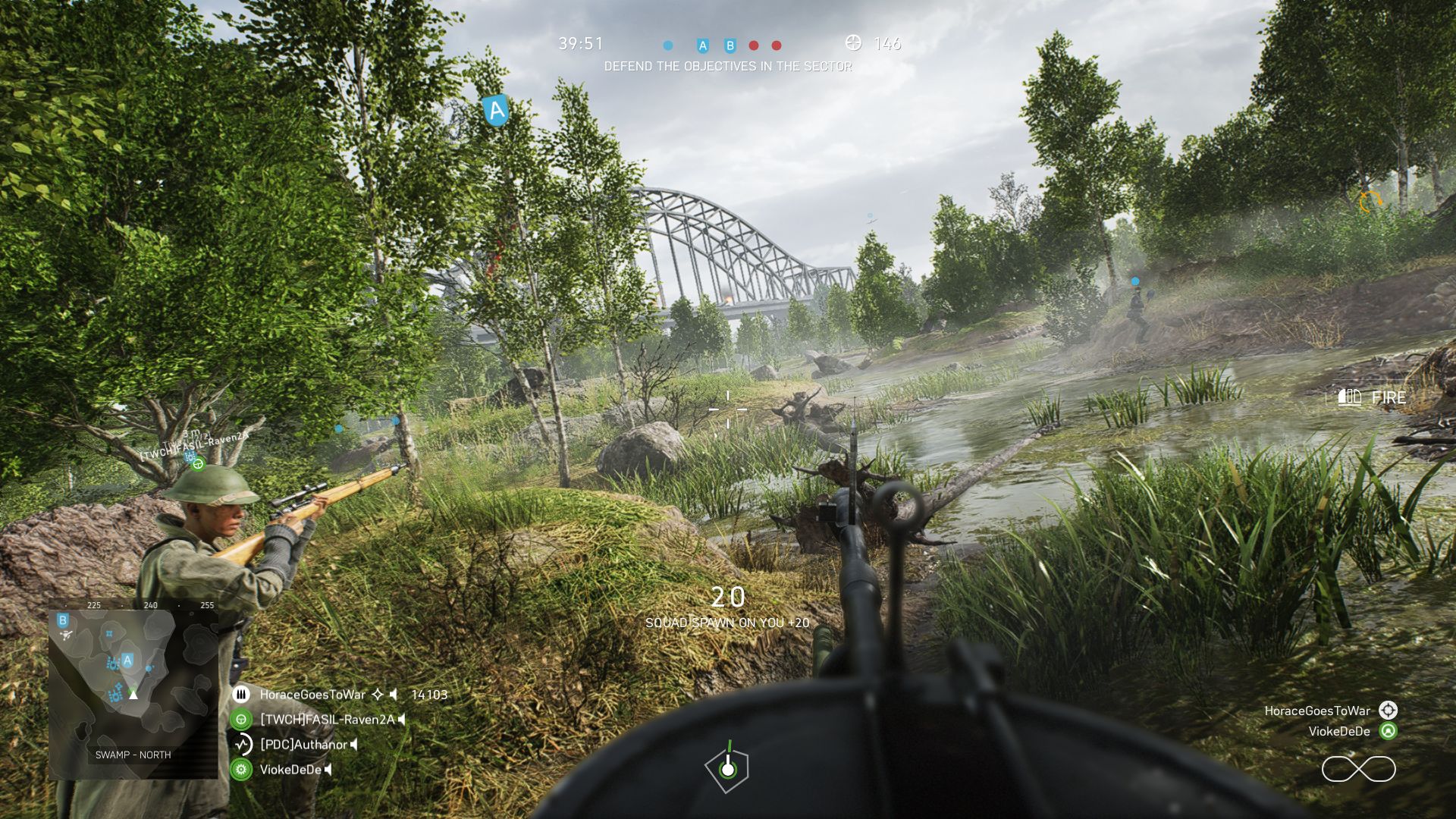 I'll be back in March, when they add the battle royale mode.