All the Borderlands 3 Endgame content on offer really blows the game's predecessors out of the water. From Mayhem Mode to Guardian Ranks, from the Proving Grounds to the Circle of Slaughter, Gearbox have given us a great deal of extra challenges to complete and high-value loot to gather after your first 30-or-so hours in the Borderlands 3 campaign.

Our Borderlands 3 Endgame guide will offer an overview on each of these (and other) aspects of the bombastic looter-shooter's post-campaign content, so you know exactly what you're getting into after finishing the Borderlands 3 story.

Borderlands 3 may boast a 30-hour-long Campaign (though much of that is taken up by listening to every single major and minor character's life stories), but if you really want to experience everything the game has to offer you'll need to make it beyond that final quest and into the Borderlands 3 Endgame content: 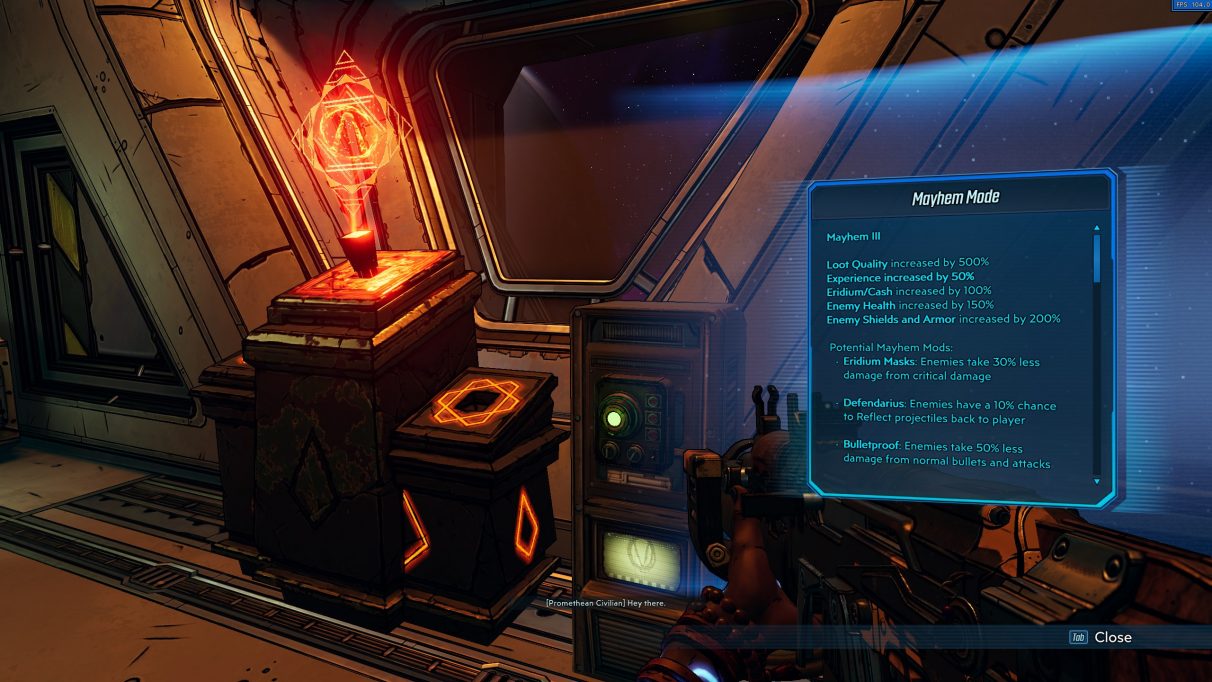 Mayhem Mode is probably the most important aspect of the Borderlands 3 Endgame - certainly the one that everyone's talking about - and for good reason. After finishing the final main mission (Divine Retribution), you'll be escorted back to Sanctuary where you'll be introduced via a long meandering monologue to a new thingymajig on the top deck of the ship.

This is where you can configure the three levels of Mayhem Mode, each of which will change the difficulty level of every encounter and every mission. The button beside the three Mayhem Mode pedestals will give you exact details on how everything will change, but in a nutshell: 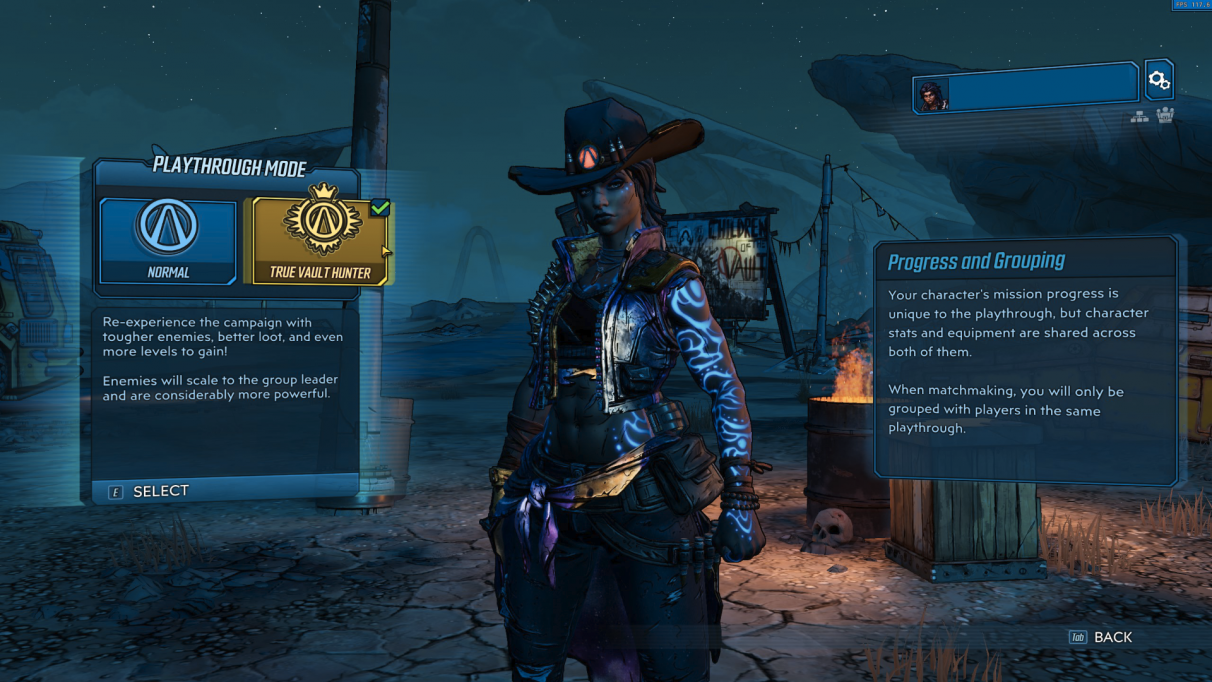 If you've hoovered up all the little side-quests already and you're looking to start your game afresh, there's no better option than to switch to the Borderlands 3 True Vault Hunter Mode (abbreviated to TVHM).

This setting allows you to re-experience the campaign in full (all main missions and side missions) with tougher enemies, better loot, and more levels to gain. You keep your current character at their current level with all existing equipment (on your person and in your Bank), but enemies will scale up considerably to match you, with a greater chance of Badass variants spawning with each encounter. For an even fuller challenge, combine TVHM with Mayhem Mode! 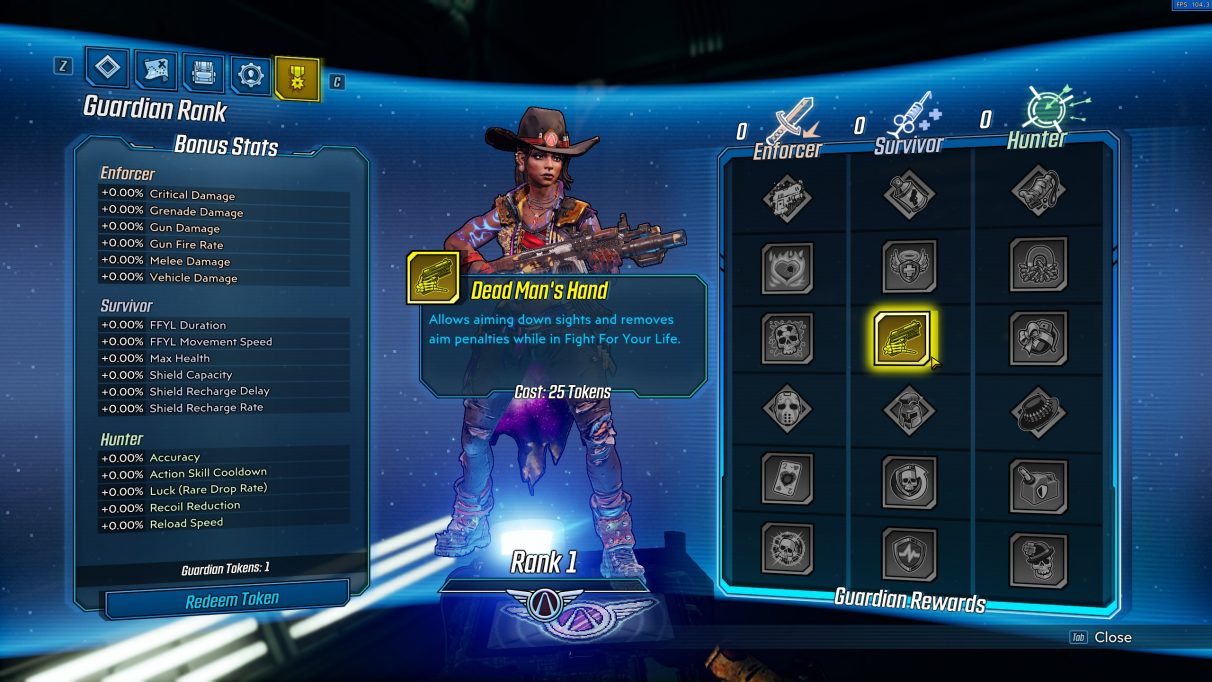 Not all of Borderlands 3's Endgame content revolves around making the game harder, however. To counteract the extra challenge provided by Mayhem Mode and TVHM, after finishing the campaign you'll finally unlock that extra tab in your character screen: Guardian Rank.

Your Guardian Rank can be increased by redeeming Guardian Tokens which you are rewarded with after completing certain challenges. These challenges are well worth it, because increasing your Guardian Rank gives you access to a whole new tree of Guardian Perks, divided into three categories: 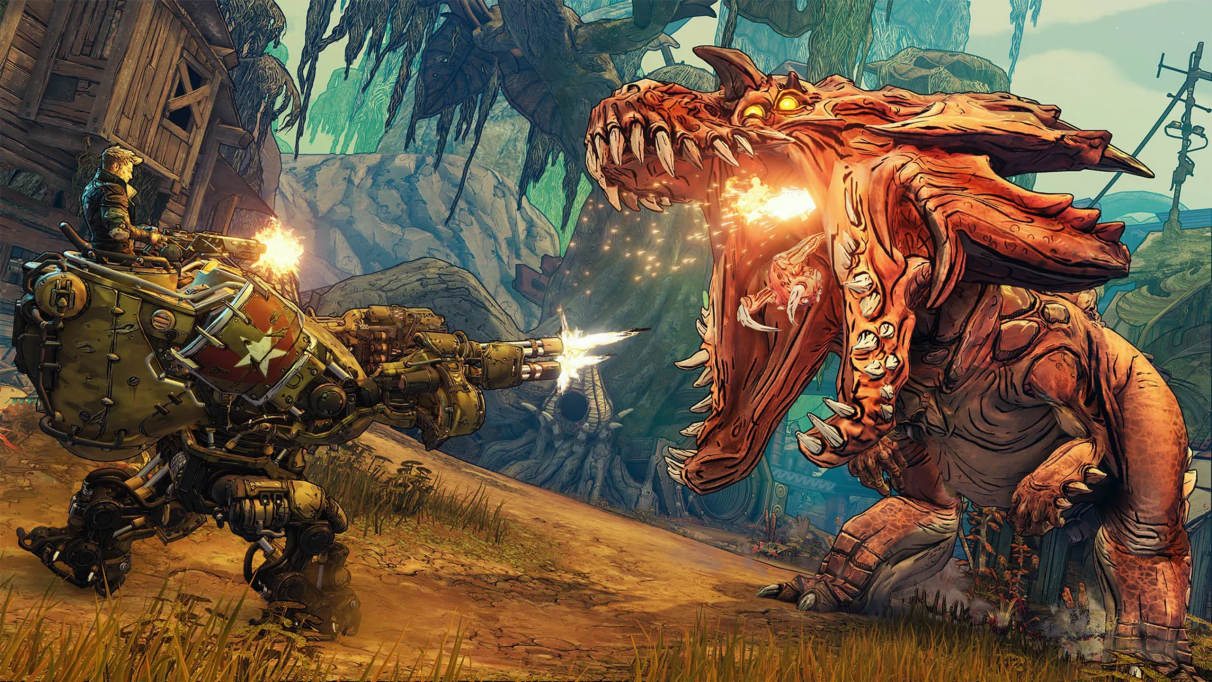 There are two types of extra challenges available to you after completing the Borderlands 3 campaign, and both enable you to complete them either in a LAN or Online group, or solo (though in both cases you'll probably find it easier in a group).

The first of these is the Proving Grounds, which tasks you with killing three waves of enemies followed by a boss - all as quickly as possible. The faster you defeat these enemies, and the fewer times you die trying, the higher the overall quality of the loot you gain at the end. 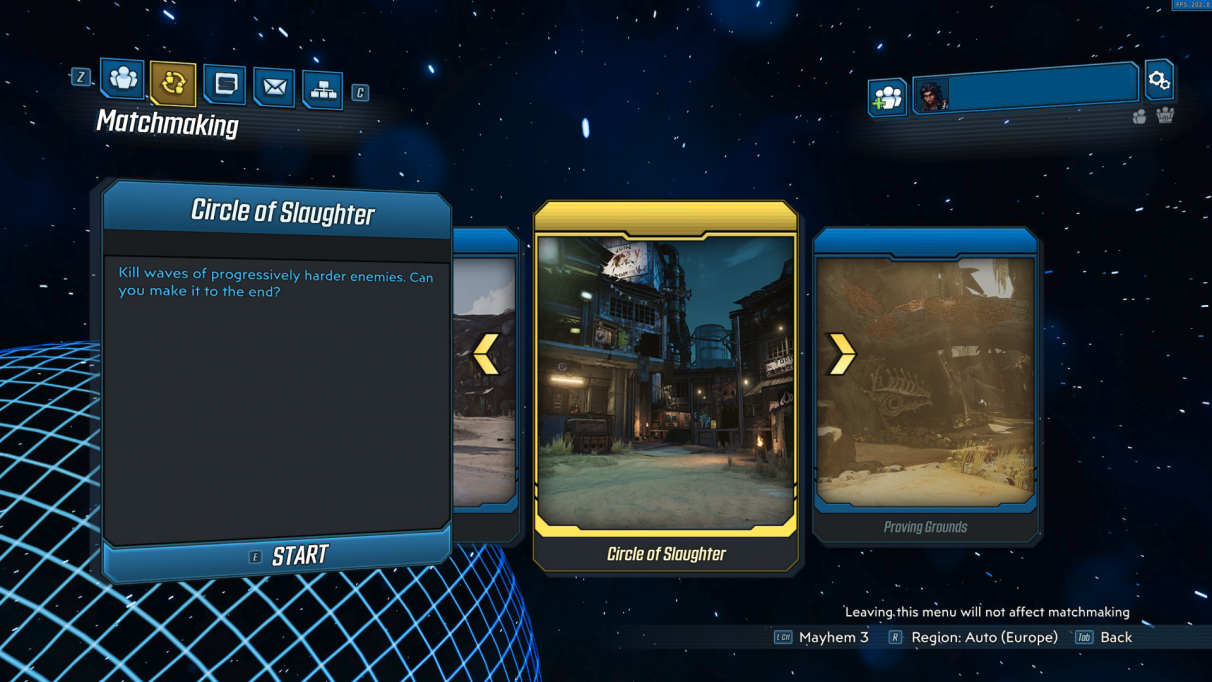 The other of Borderlands 3's post-Campaign challenges is what's known as the Circle of Slaughter. Charming name, I know. And it works in a similar manner to the Proving Grounds, providing a sort of Horde Mode where you face off against five progressively more challenging waves of enemies.

What sets Circle of Slaughter apart is not just the number of waves but also that each phase/wave also gives you optional tasks to complete to earn better rewards and loot.

Finally, there have been whispers of upcoming content arriving to flesh out the Borderlands 3 Endgame - most notably, the possibility of raids and raid bosses later on down the line. The Fall/Winter 2019 content roadmap has already been released, and while there was no mention of raids there, Borderlands 3 lead boss designer Matt Cox (no, not our Matt Cox) has said in an interview with VG247 that "we'll have special events as well as raids".

Check out the video above, too - it seems that players have discovered a hidden arena that is shaping up to become the site of the first big Borderlands 3 Raid Boss! 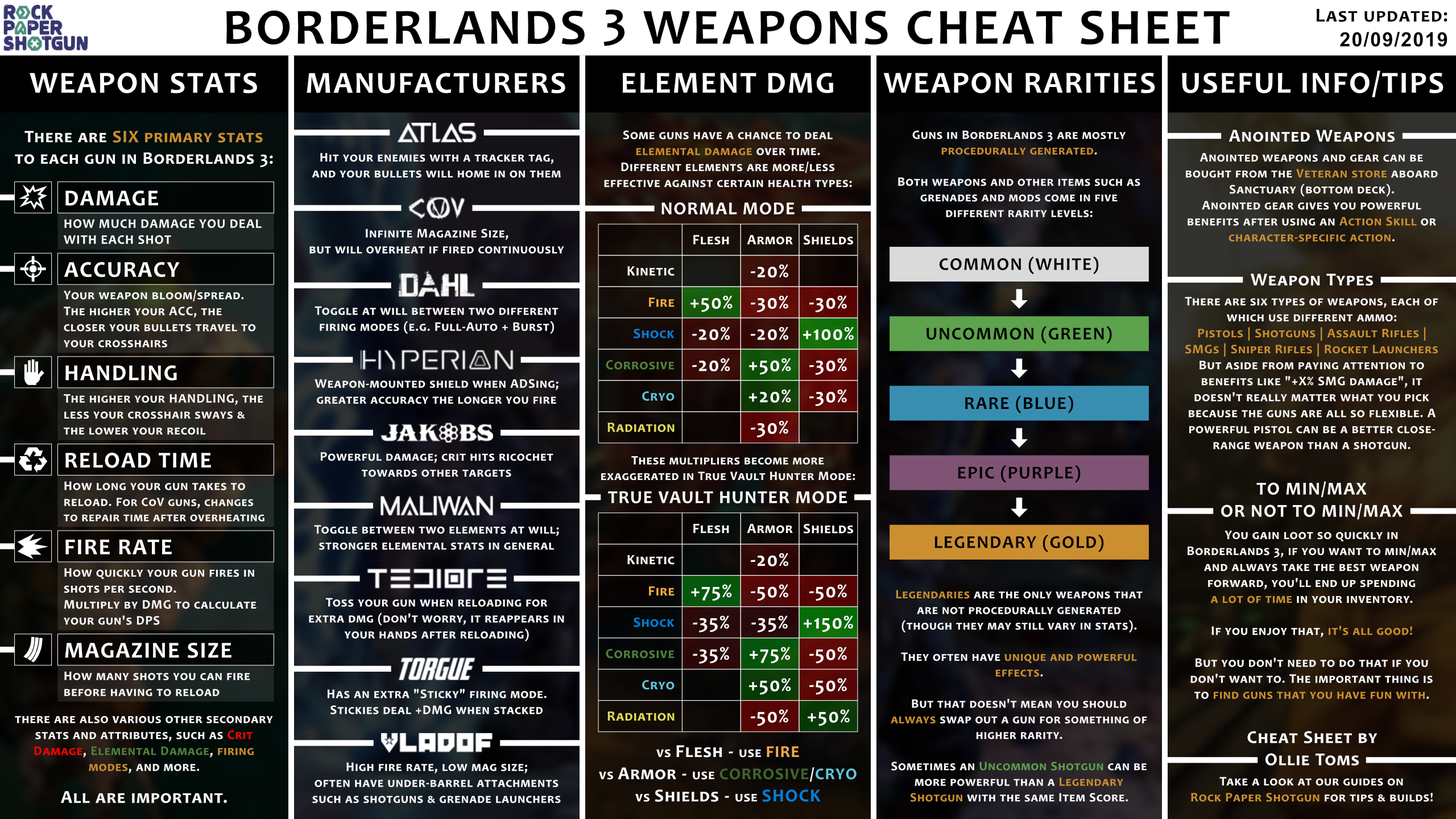 I think we've covered pretty much every aspect of the Borderlands 3 Endgame now, so we'll stop there. Hopefully you've found the answers you've been looking for, and are now ready and raring to dive deep into your next 30-odd hours of Borderlands 3 Mayhem!