Here's some good news. Novel action-RPG purveyors Soldak have announced that they're releasing Drox Operative 2 into Steam Early Access on Wednesday the 27th of May.

Drox Operative was a spacefaring sibling to fantasy stabfest Din's Curse, one of the best RPGs to this day. Personally, I prefer Drox. You pilot an immensely powerful ship around a random galaxy, changing the course of history for the AI-controlled civilisations that are doing their thing all around you. It's been a long 7 years since then though, and a sequel would be very welcome.

It's hard to describe Drox without banging on a bit. It's a sort of action-RPG sandbox where you roam about fighting, exploring, and/or doing favours for fledgling civilisations as they jostle and expand about the random galaxies. You want to remain influential and profitable, and keep upgrading your ship with the heaps of loot spilling from blown up enemies until whatever side you picked has won over the other factions, or the galaxy becomes irrecoverable through your meddling and/or neglect and you have to flee to another one. It never looks very exciting but its core of upgrading and meddling and constant sense that stuff is happening in the background without you makes for a far more engaging time than I get out of any other looty action-RPG. 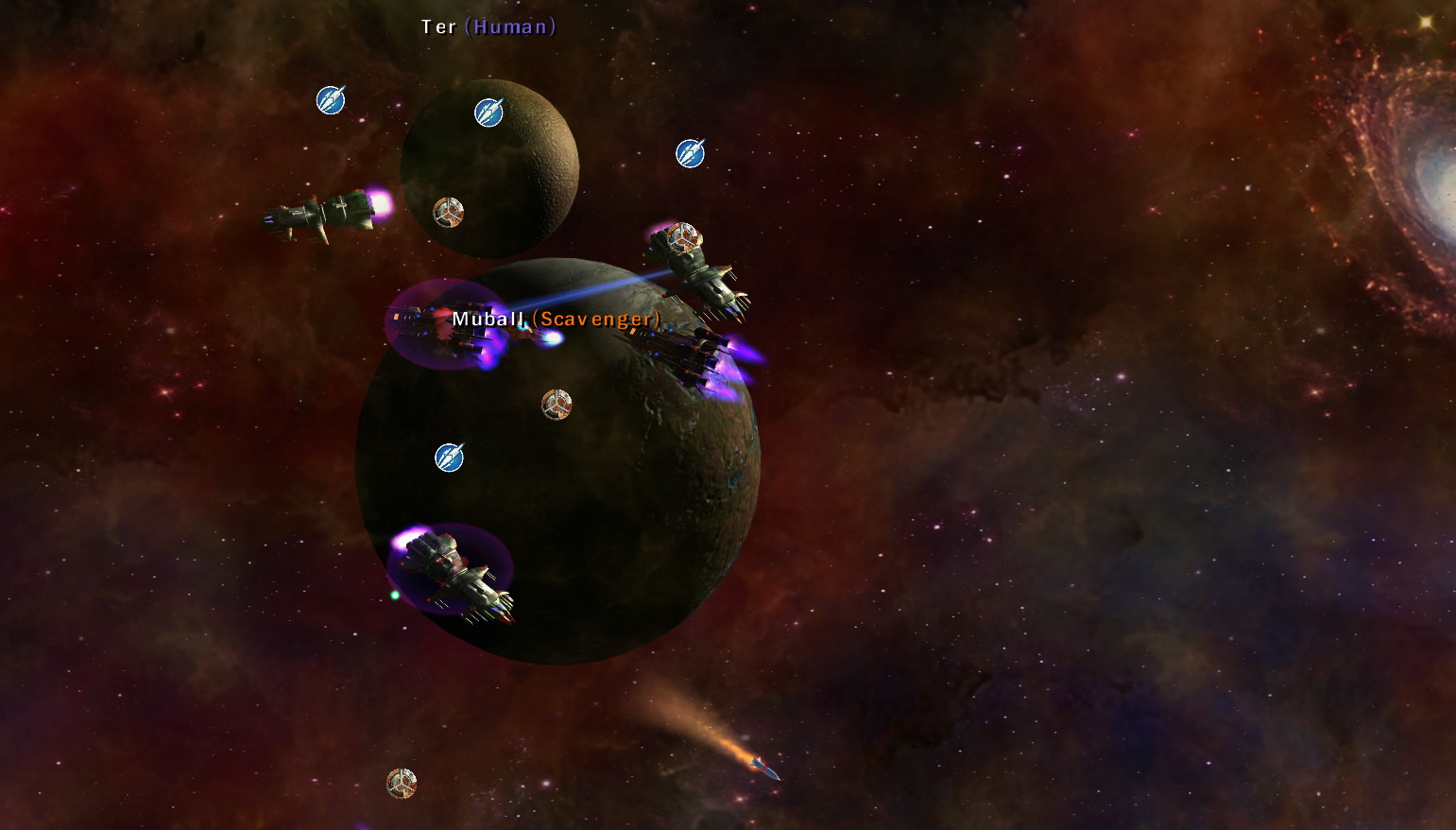 Perhaps you'll be nice, and help everyone fight pirates, and do deliveries, and sell them lots of stuff. Maybe you'll play both sides of a war, pruning a navy here, smuggling guns to an oppressive state there, to keep everyone under control. Perhaps a faction you overlooked have colonised a dozen planets since you aggravated them a few hours ago, and now they have a fleet determined to put an end to your meddling. Don't just take my word for it: our former resident RPG/strategy/invisible hand lover Adam Smith (RPS in peace) was even more enthusiastic in his Drox Operative review, writing: "It’s the advancement of the genre that so many people have given up on searching for".

Drox Operative 2 apparently aims to do much of the same but in a shinier modern fashion. Judging by the developer's page, the standout new features are more dynamic, randomly generated AI races mixed in with the stock ones, and you can "discover way more interesting things while exploring". There'll also be co-op, although I imagine I would get extremely territorial if another player showed up in my space playground.

I'm very keen to see how this one goes. I was a little disappointed by Din's Legacy, Soldak's last outing, and that was at least a little because I really wanted Drox 2. The original happens to be on my Have You Played list, so this is great timing for me.

Soldak estimate it will be ready in about 9 months, but quite sensibly emphasise that they're not certain: "Drox Operative 2 is scheduled to be released in the 1st quarter of 2021, however it will be released when it's done."