I played the first three hours of Call of Cthulhu, and in my unconventional preview after the fact I said that I liked exploring the docks and talking to grizzled locals and detectoring my way through problems. At the end of the preview you reach the bit where you find the cult, and you totally know what’s up, but your character Edward Pierce has no idea. He just gets chased out of a cave. And I said:

“The worry would be that, having discovered the Cult Of Cthulhu is a thing, the game becomes more scripted chases than it is grumbling around with the locals.”

Well, fate makes fools of us all. As Edward Pierce would tell you. 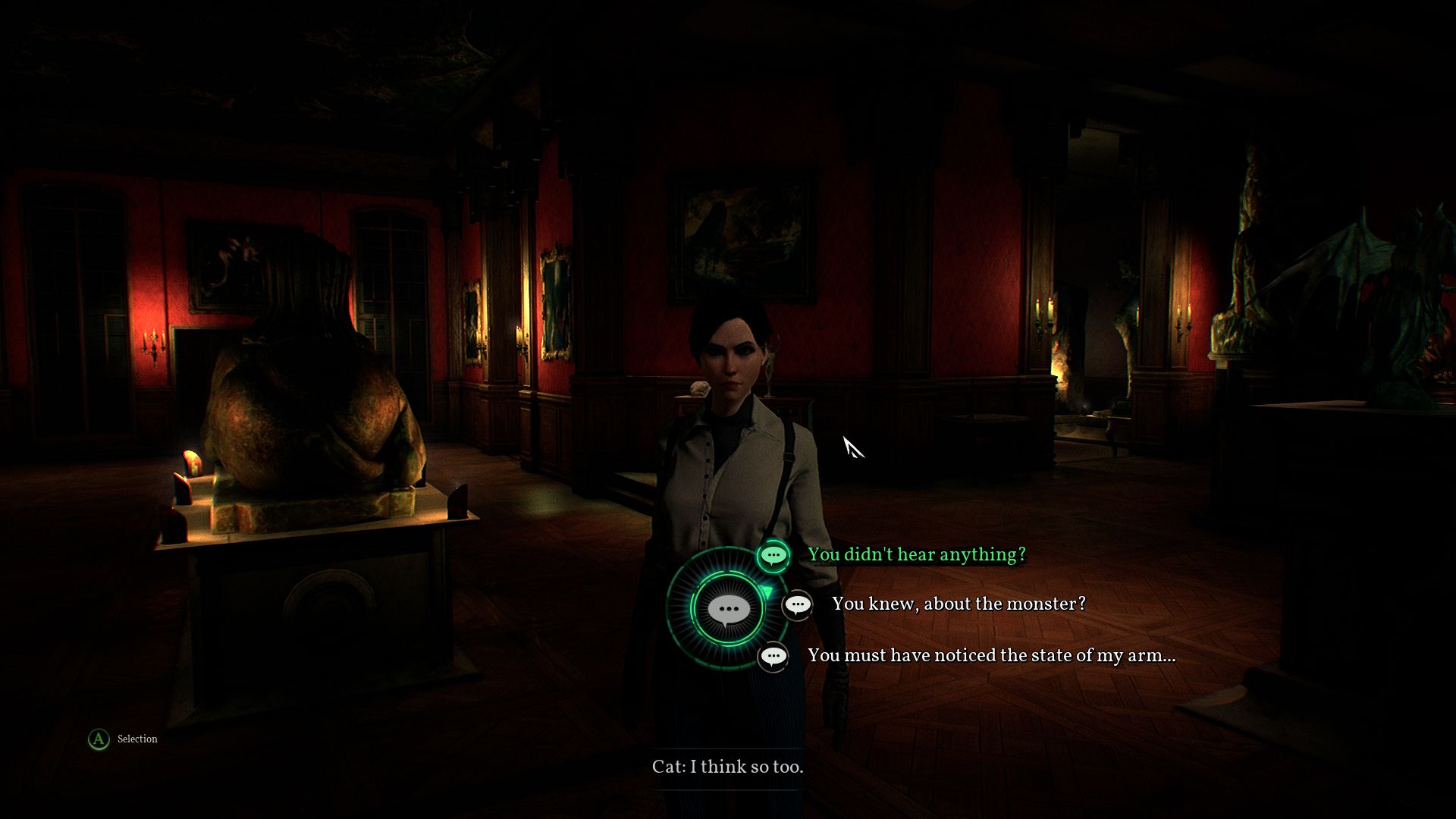 Playing Call of Cthulhu made me angry, because it didn’t have to be this way, man. Those first three hours were promising! Darkwater is a cool, gloomy setting! Some interesting characters were introduced! I really liked Officer Bradley, the local policeman with a face like an amateur carver tried to make a bulldog out of a half used candle. Fitzroy, the harbourmaster, is a man made entirely of the word ornery. You’re there to investigate a mysterious fire that killed an entire family, but there’s also a local gangster running a protection racket and bootlegging operation, a vandalised statue, and in the pub you can hear two orderlies talking about weird goings on at a hospital. Decaying bloodlines and insular communities. Big ol’ fish monsters. “That’s plenty of investigating Lovecraftian themes to do,” I thought to myself, naively.

It's not all bad. Pierce’s skills as an investigator can be customised by you. You can prioritise your investigation, physical thuggery, eloquence or psychological knowledge to change the sorts of questions Pierce can ask, and things he notices about his environment. The Spot Hidden skill in particular is a nice addition, and a direct call back to the tabletop roleplaying game Call of Cthulhu. When you enter an area that has hidden items, your Spot Hidden skill determines whether or not you notice them, so if your skill is too low the game won’t even tell you there’s anything to look for. It doesn’t gate off any of the main story, it just changes how much supporting evidence you find. That’s cool! But there are only two or three solid chunks, including the first three hours, where Pierce is detecting stuff like a detective. Those three hours are the bit that we’ve seen in all the previews and streams. I suspect this is because it’s the best bit. 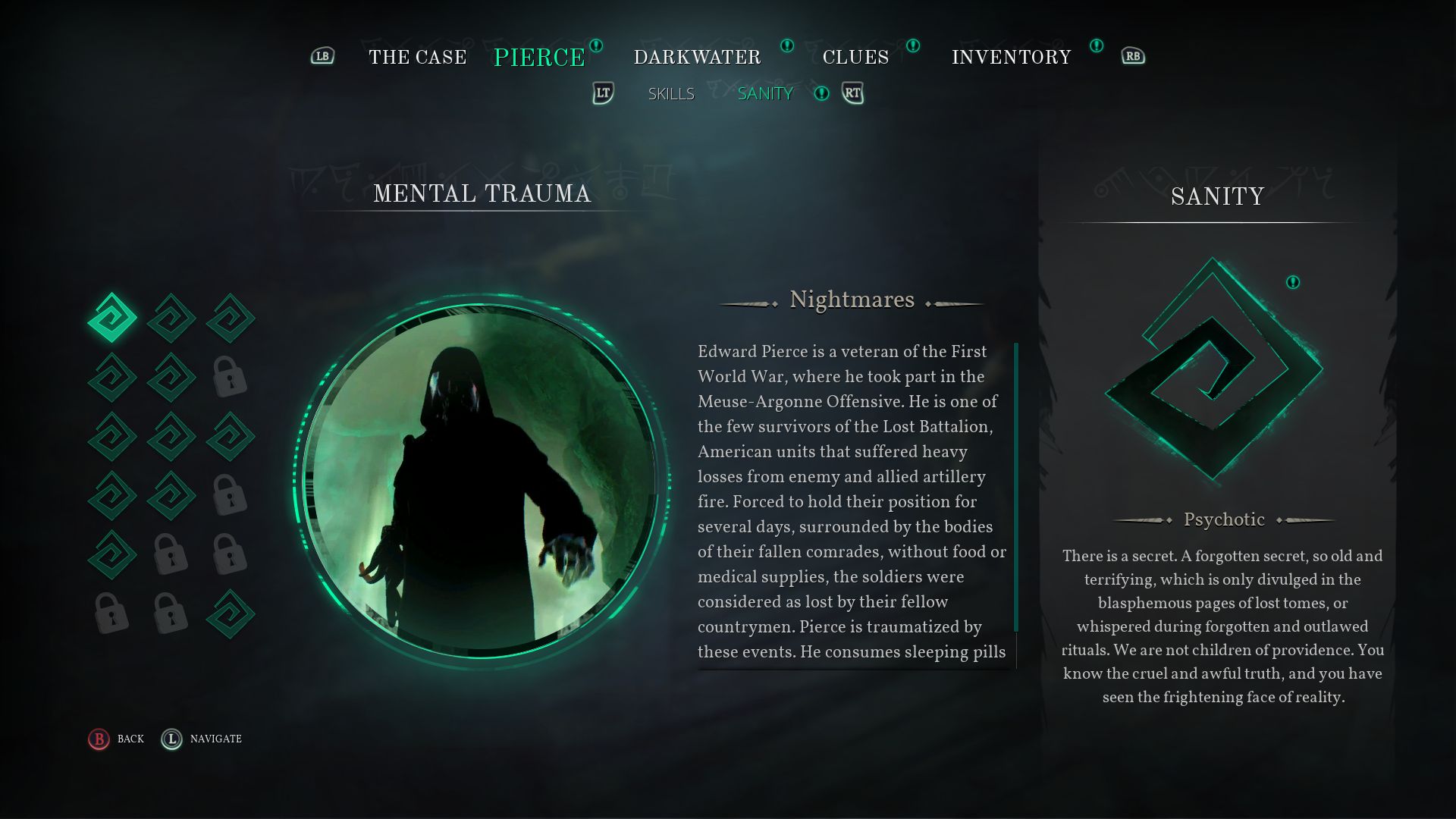 After that the game becomes a messy, sticky, freakshake of a thing, with so many disparate elements it lacks any clear identity. And I’m all the more cross at Call of Cthulhu because if it had stuck to what it established at the start, it could have been alright! I mean, sure, the facial animations are very much in need of the patch I’m told the’re getting on day one, and you sometimes get the impression that the voice actors only got one or two takes at a line, but the fundamentals were within a tentacle’s reach! Then, suddenly, it’s like someone in upper management sent a memo saying “They, as in the players of a game based on an in depth and complex TRPG, will get bored - put in incomplete versions of other video game stuff people like.”

So, suddenly, you wake up in a grim and grubby asylum and it becomes a stealth horror game. There’s a monster running around that is actually part of the Cthulhu mythos, but the link isn’t explained if you don’t already know that, making it kind of an easter egg that’s been expanded to fit two thirds of the game. You run around with a lamp a lot. One section is entirely running around with lamps, but they are different colours. 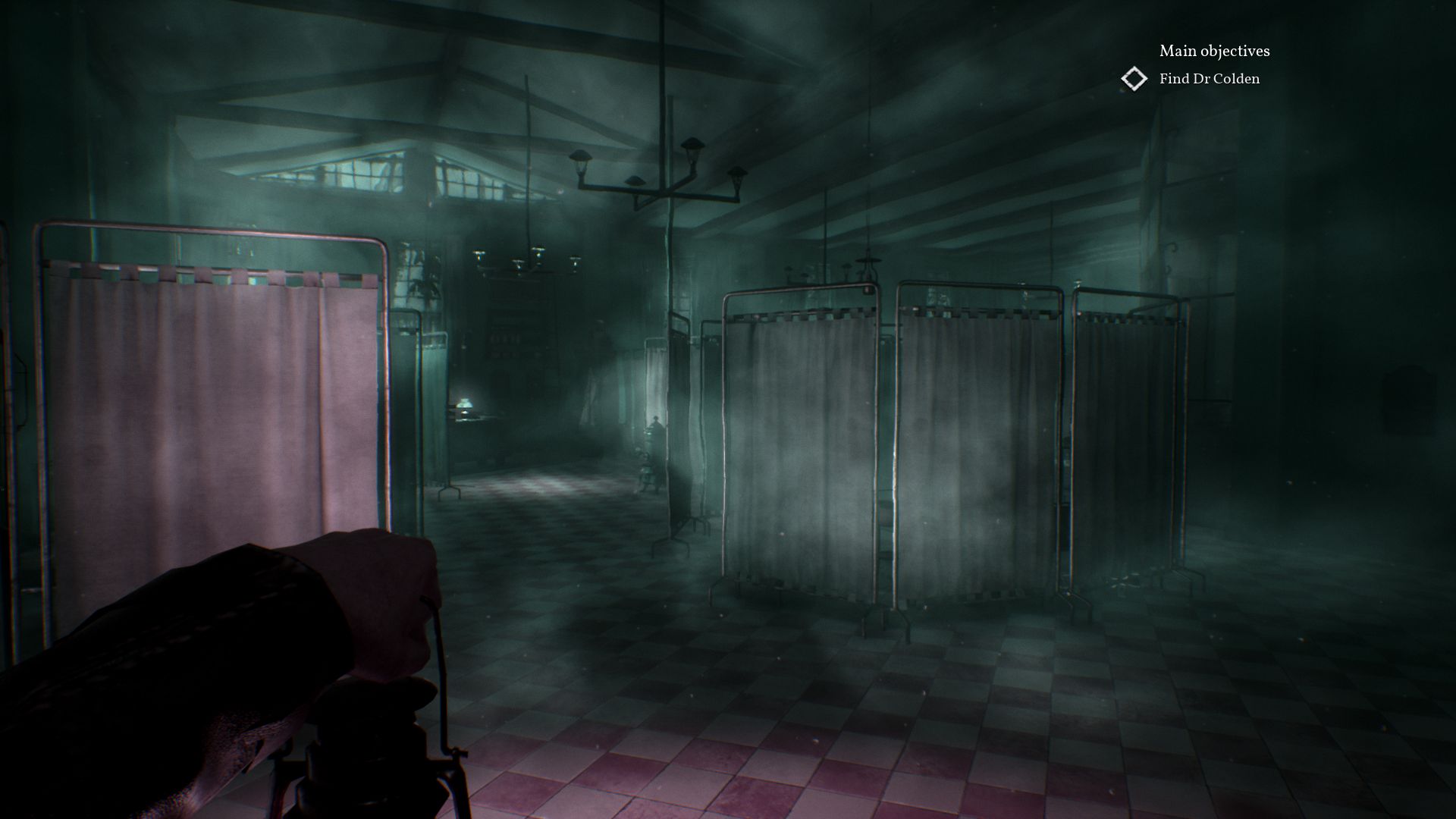 Meanwhile, promising characters disappear without closure to their arcs, and minor ones receive blink-and-you’ll-miss-it cameos later on that they didn’t need. You put together a Scooby Doo team that is almost immediately disbanded. It Was All A Dream segments break up entire chapters where you don’t even play as Pierce, but it's okay because the other people still have his ability to imaginate their way through investigations. The sanity metric (let’s not) turns out to be almost meaningless, as an unavoidable plot point in the game renders you ‘Psychotic’ anyway. Occasionally you get asked to choose to save or kill a citizen, but you do not see the ramifications of same. These join several plot points that are left unresolved, flapping around untethered like the arms of a dying octopus. Then you get given a gun for a bit. Then it gets taken away again. The final, pivotal choice in the game wasn’t that difficult for me, because I’d run out of all reasons to care.

Listen, if you like crawling around in the dark in an asylum, play Outlast. If you like detective games with weird facial animation, play L.A. Noire. If you like the Call of Cthulhu TRPG, keep playing that.