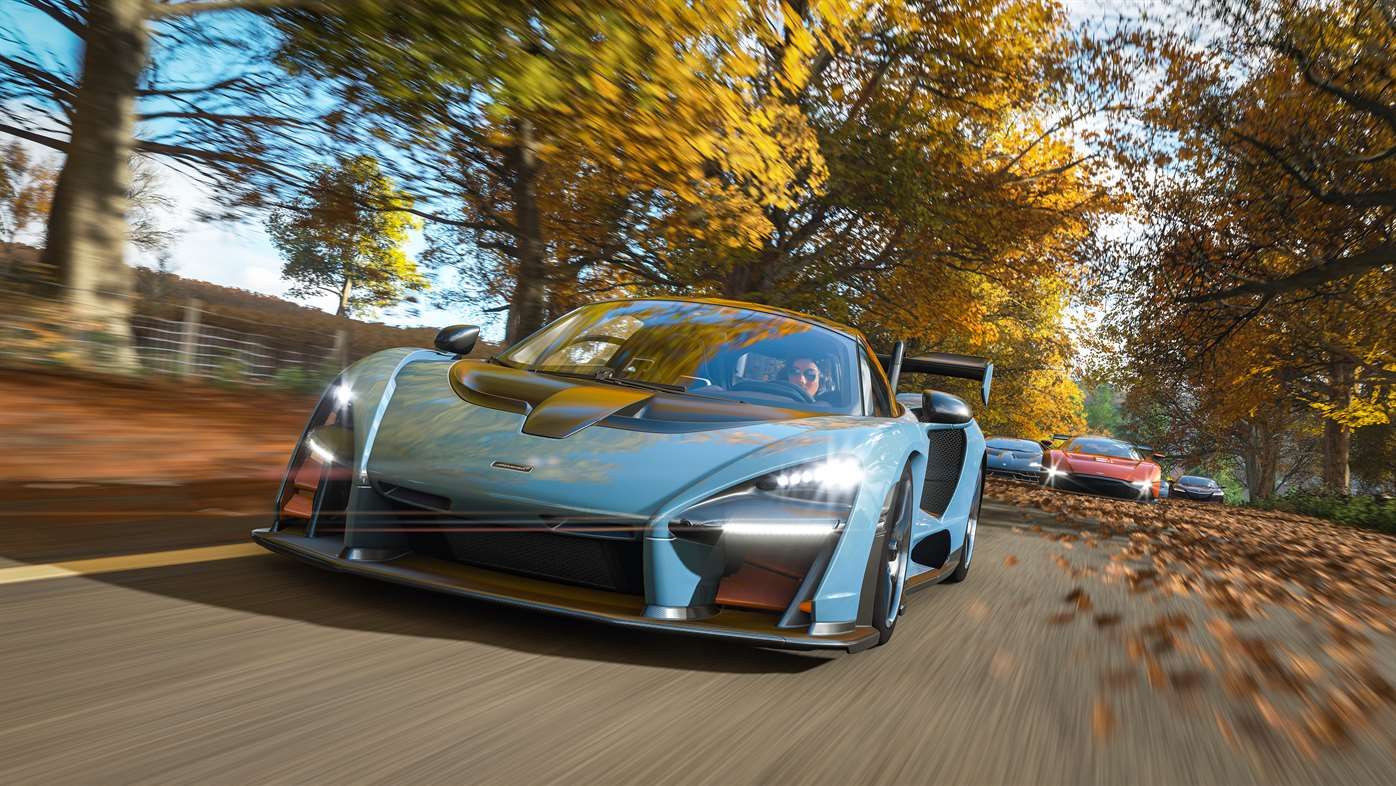 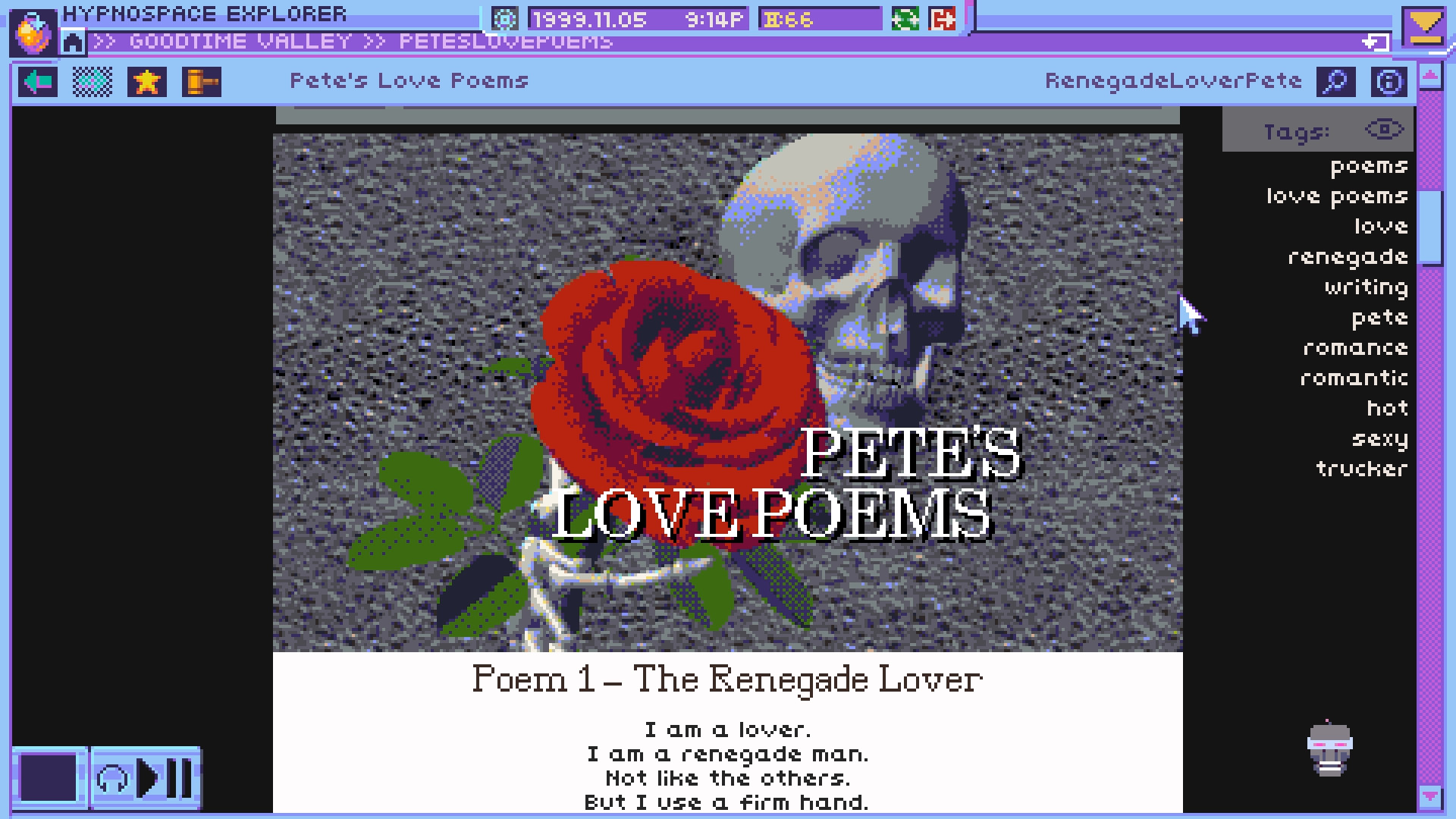 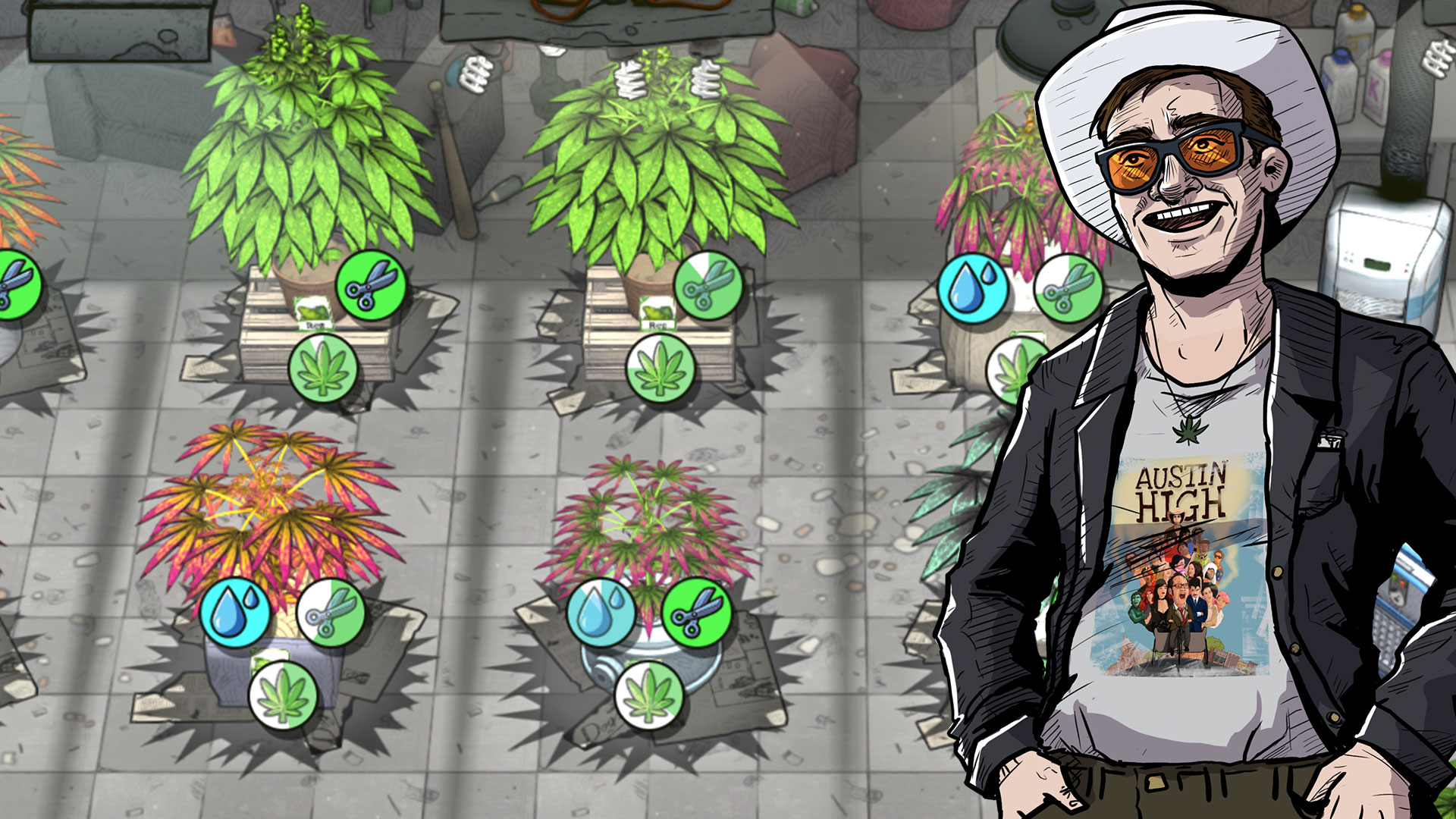 Whew, Thursday already? How did we get here? For those of you who enjoy our video matinees, or for those who didn’t even know we had a YouTube channel (you can subscribe here, by the way), here’s this week's. Yeah it’s a bit late, but we’ve been pretty busy -- you’ll see why on Friday -- and Matthew’s off trying not to get killed in the Scottish highlands. If we're ever super late with an update or matinee, you can always check out our video corner on the site, which is updated every time we post a new video to YouTube, especially useful if YouTube isn’t your thing, but Rock Paper Shotgun is.

First up, we have our weird and wonderful let’s play of Hypnospace Outlaw, which is Her Story meets Papers, Please, but set in the weird internet world of 1999. I was 6, so I have no real memory of ever using the internet back then, but Matthew assures me it is almost an exact replica. Your job is to police the internet, stamping out kids' drawings of copyrighted cartoon fish detectives, stopping people using illegal currency, and caring for and nurturing April the digital hamster. Or not, if you’re Matthew.

Next we have Matthew the petrol head (owns a Toyota Aygo; took him 9 attempts before he passed his driving test) give us eight reasons why we should be playing Forza Horizon 4. For someone who is usually only into arcade racing games, Matthew certainly sings its praises, applauding it for its ten minute opening sequence, dynamic seasons, and even its new online mode, which he likens to boy racers in a Tesco parking lot.

Have you ever sat and thought to yourself, “boy, I really wish we had more games about the politics and morality behind legalising marijuana, that I could play whilst I smoke weed"? Well, if you have, Weedcraft Inc is probably a game you should keep an eye on. From Vile Monarch comes a new strain of tycoon game, one where you must use all you've learned from Theme Park, Two Point Hospital, and Jurassic World Evolution to start your own weed empire. But if you’re a fan of tycoon games and not so much into your drugs, I give you six reasons why it's still a game for you.

And finally, we have Noa teaching us all about Call of Cthulhu, and how it tested her sanity, from the locations steeped in doom, to the Sherlockian gameplay, to the absolute horrors that will haunt you for - well, maybe not eternity but at least a very long time. While it's not exactly the same as the tabletop game source material (that was entered into the Academy of Adventure Gaming Art and Design Hall of Fame for Azathoth's sake) Noa enjoyed this official adaptation of the beloved Lovecraftian role-playing game.

And there we have it, some of the videos you may have missed from this week and last. Do make sure you check out Rock Paper Shotgun's YouTube channel for all of our other videos. And remember to subscribe and ring the bell to know when we put out something new. We have to say this or YouTube will chuck the channel into the algorithmic abyss.