With the one-two punch of Tropico 6 and then Anno 1800 launching over the last three weeks, plenty have noted that the city-building genre is currently enjoying a spate of urban renewal. Indeed, it’s hard to keep up with current releases: as well as these giant games about colonising tropical islands, recent months have seen a string of small-studio hits - Foundation, Islanders, Factory Town and Soviet Republic, to name just a few. Then of course there was Dawn of Man. This neolithic gem from a two-man studio came out of nowhere - like Fred Flintstone climbing, shitfaced, through his window after nine hours at the Ape & Megalith - and ended up briefly conquering Steam.

We’re entering an exciting time for games about deciding where to put things, and this is just the start of it: there are dozens of build ‘em ups on the way, and for those of us who’ve spent the last twenty years wistfully remembering Caesar III, the horizon is alight with promise.

It’s like the motion sensor scene from Aliens (or maybe the turret scene - honestly, I’m at risk of losing the afternoon to an Aliens rewatch just to research this metaphor, so I’ve got to stop now), only the incoming blips are promising city-builders rather than ravenous xenomorphs. Even so, you’ve only got so many bullets (coins) in your space rifle (steam wallet), so I’ve taken the liberty of heading into the ventilation ducts with a glowstick and a bin lid shield, in order to see if I can identify some priority targets. Here’s the best of what I found down the pipes: 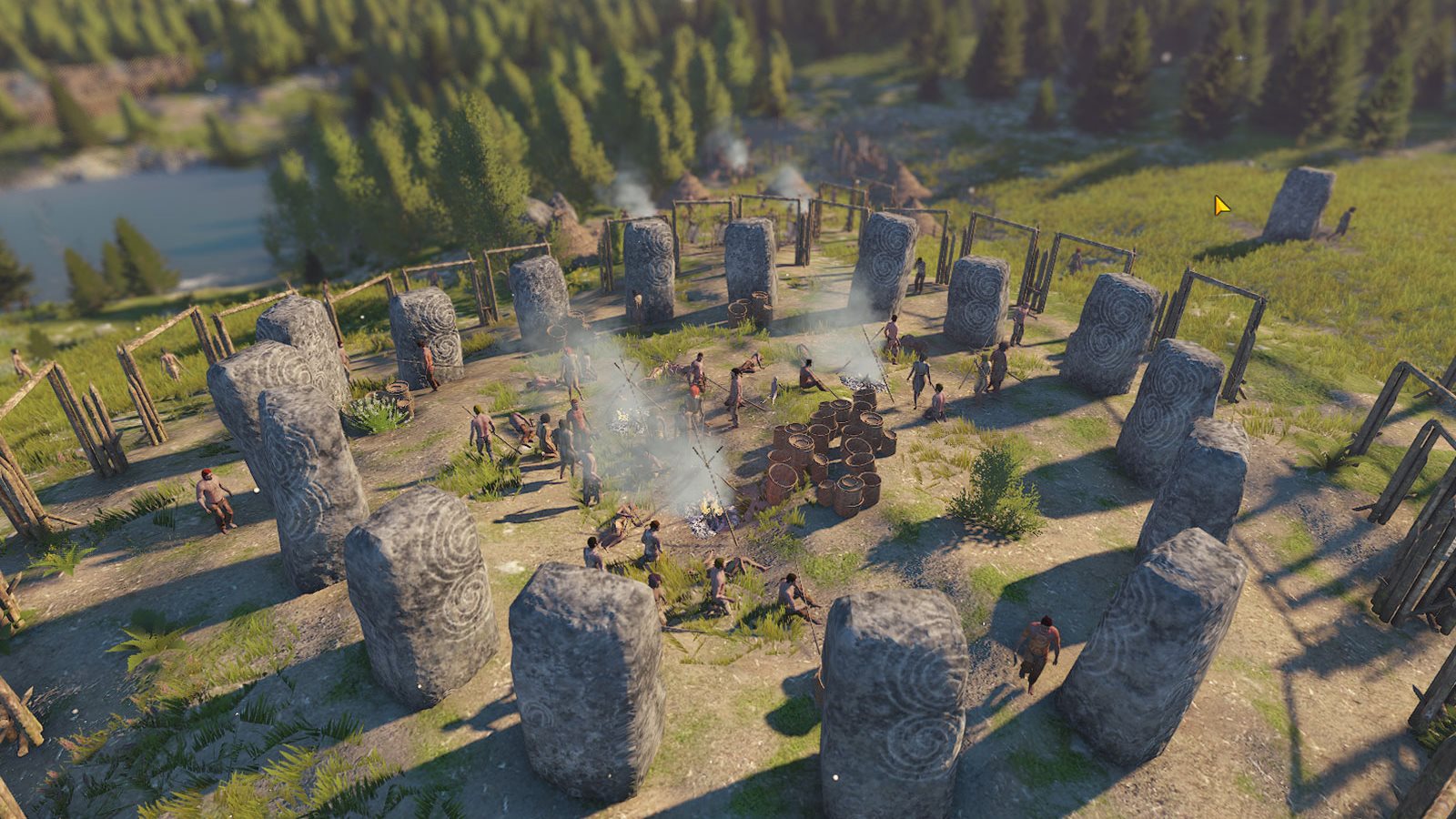 What is it? Dawn of Man, but possibly a bit more ambitious, and with sexier looking palisade walls.
What makes it special? It’s hard to say based on what’s visible now, but the proposed feature list - which includes a complex simulated ecosystem and much more granular social modelling than Dawn of Man - seems pretty exciting. It looks seriously pretty, too. For all its joys, Dawn of Man had an extremely finite appeal: if Uncasual can use the time they’ve got to observe their competition and go the extra mile, this could be very special despite its thematic similarities.
When’s it out? Ancient Cities was meant to be out in 2018, but now it’s looking like it’ll be some time this year, apparently. It’s successfully crowdfunded, and going straight from closed alpha, to closed beta, to launch - which means there’s very little possibility of it getting trapped in the Early Access Dungeon.
How excited should you be: If you liked Dawn of Man but wanted more of it - a category which I think includes most people who played - this looks, at worst, like a good dessert. 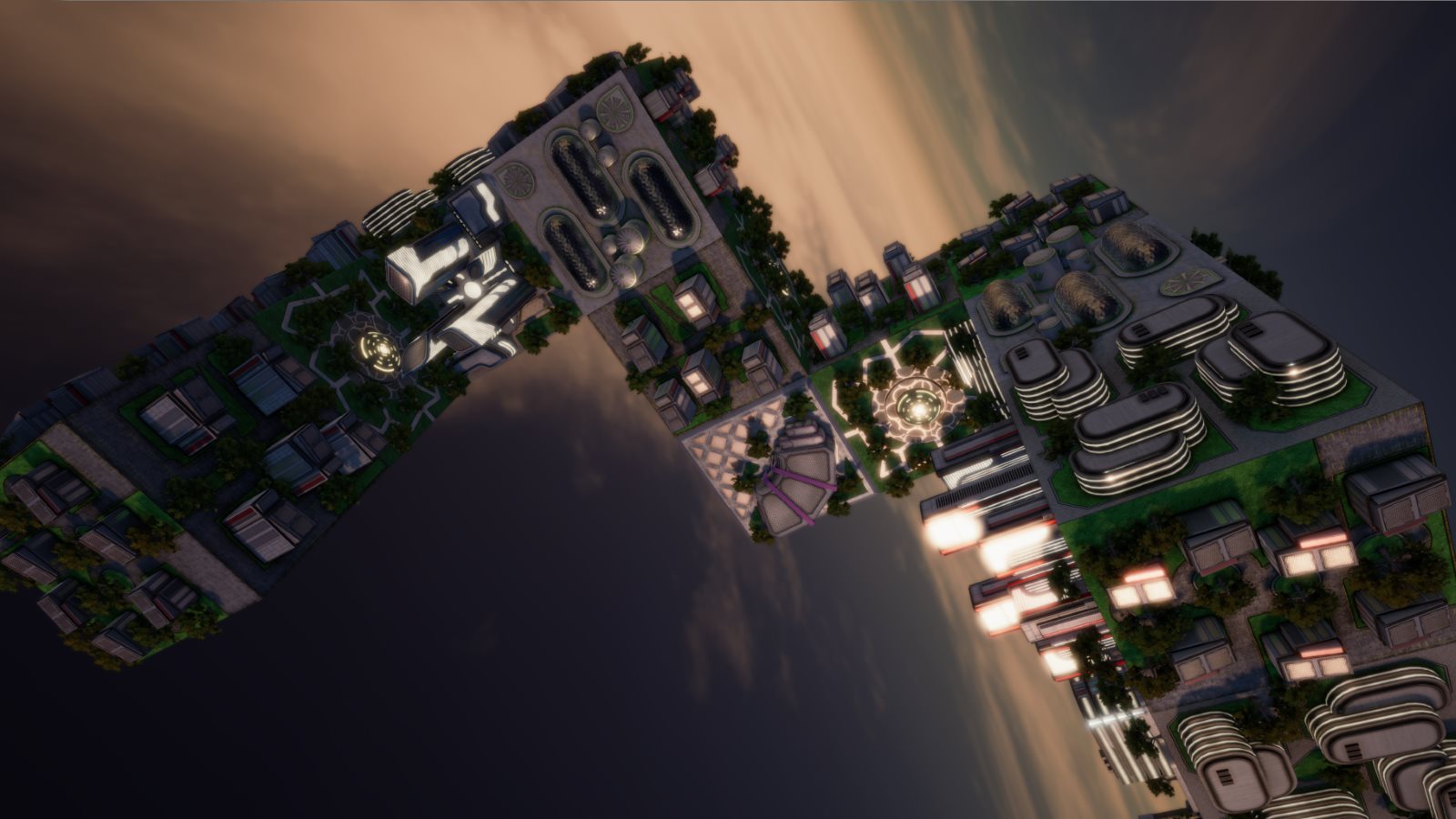 What is it? Cities: Skycubes.
What makes it special? Atmocity looks like your average, vanilla city-builder… except for the fact you get to build on all sides of big mad cube-based structures floating in the sky, with seemingly no heed for gravity.
When’s it out? It’s hitting Steam Early Access in May 2019, with release planned 4-8 months later.
How excited should you be: One of the key considerations in any city-builder is working out where to put things in relation to other things. If this game lives up to the promise of its visuals, it will add a very literal other dimension to the whole business. Just think about how you’d consider transport networks - for example - if you were able to build on every facet of giant, abstract shapes. The more I think about this game, the more it intrigues me. 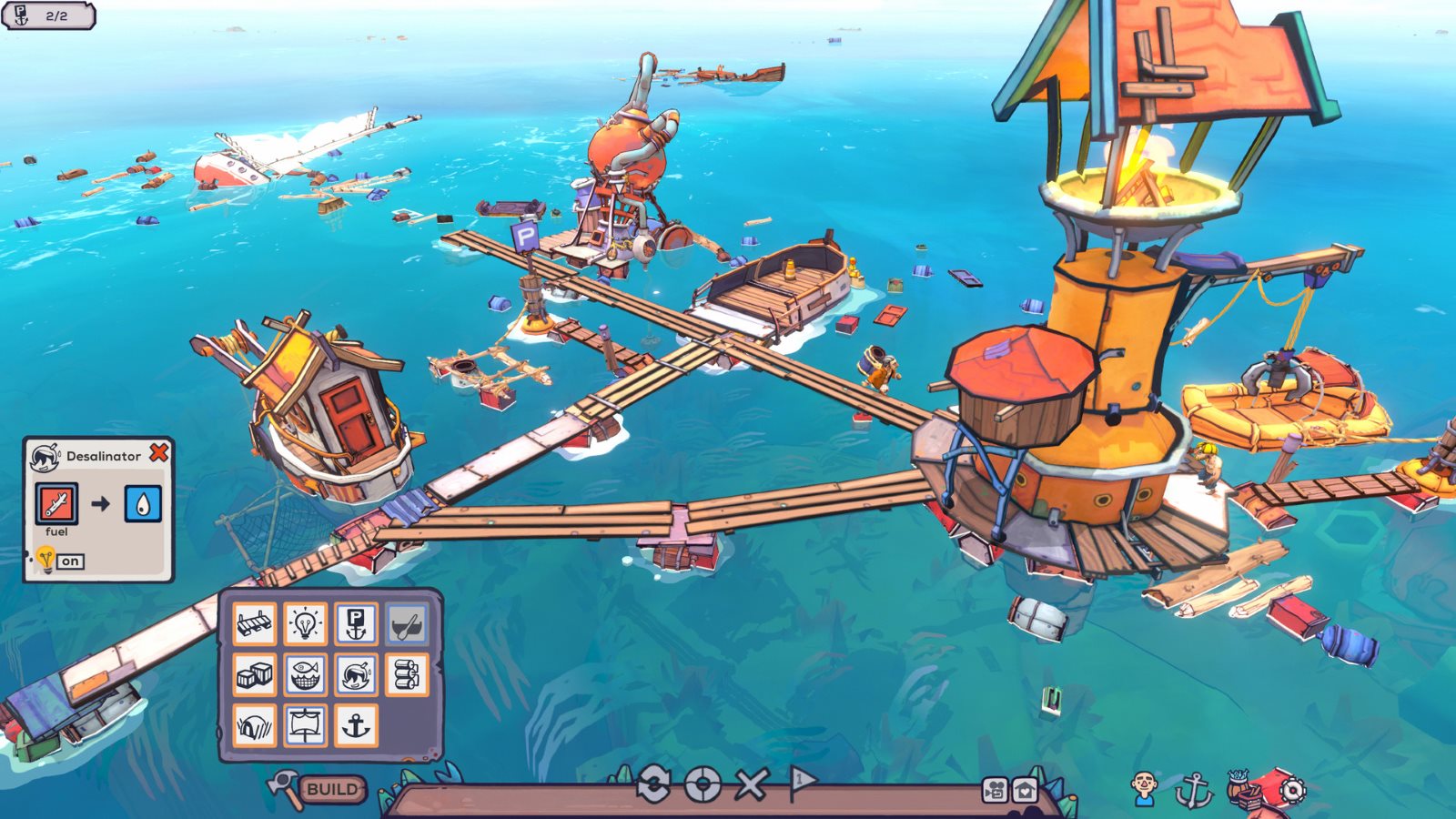 What is it? Cheerful Waterworld.
What makes it special? It’s a post-apocalyptic townbuilder set on a junk-filled, shoreless ocean. And it’s absolutely gorgeous.
When’s it out? It’s very hard to find information on this but… sometime in 2019? Alice L played a build at Rezzed recently though, and it was looking reasonably advanced.
How excited should you be: I’ve got an extremely strong feeling about this one. Not only does the suite of mechanics look really satisfying - Start from a tiny raft! Scrape together floating rubbish to build with! Recycle everything! - it seems to really have its act together with regard to the look and the general atmosphere. Many city-builders, especially from smaller teams, tend to neglect art, looking drab and generic right up to release - not so Flotsam. 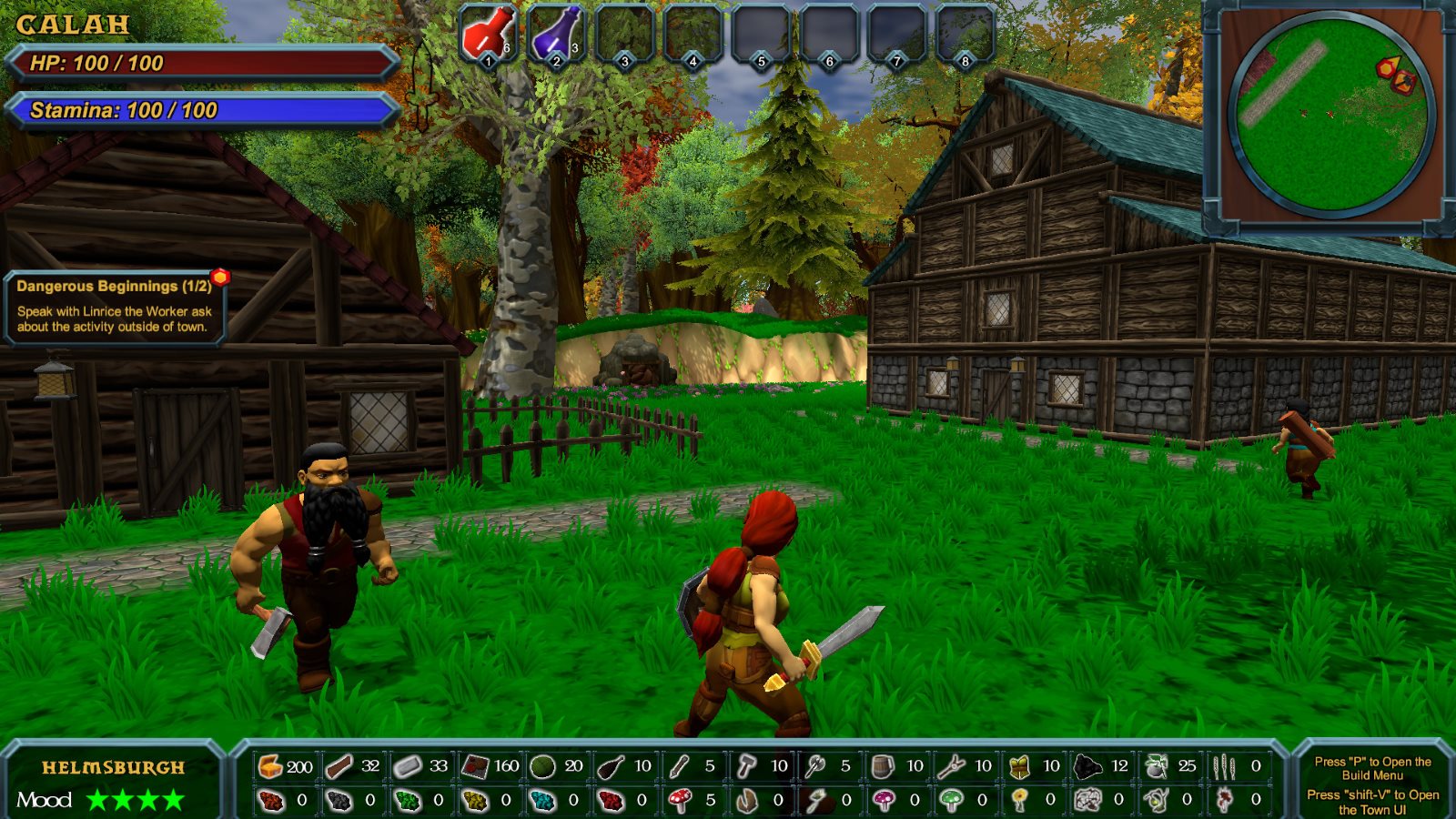 What is it? A weird hybrid of action-RPG and town building.
What makes it special? Although it seems obvious in hindsight, I can’t think of many games that have tried mixing these genres before. It really does make sense though: you go out adventuring for stuff to build your town with. Then you build your town up, in order to make better stuff to adventure with. Around and around it goes!
When’s it out? It’s been in early access for a while, but it’s looking to leave it before the end of 2019.
How excited should you be: If it pulls its gimmick off, this could be a real feast of fun. But to do so will mean excelling on two fronts - if Hammerhelm half-arses either of its genre aspects, it’ll pull the whole thing down. But you know what? I fully believe in it. I’m not really into third person action RPGs, unless they’re super weird (and Hammerhelm’s does look faintly generic at present), but I’m really excited to give this a go, purely for the sheer satisfaction of knowing that, whichever part of the game you’re playing, you’ll be stacking up benefits for your future self. Solid concept.

5. Industries of Titan - Brace Yourself Games 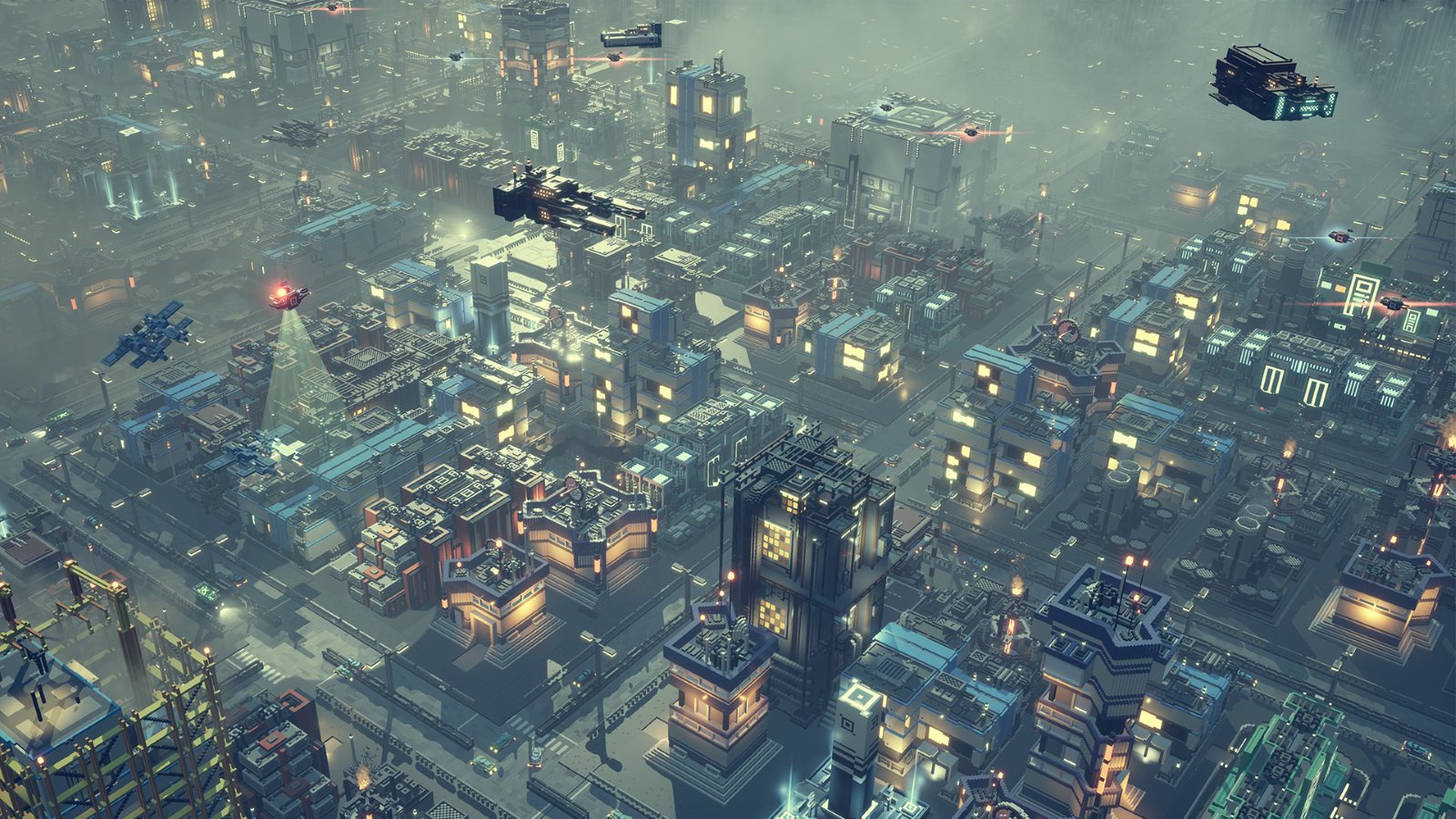 What is it? Shockingly beautiful SF builder set on Saturn’s moon.
What makes it special? It looks absolutely incredible, and has a very big mood by way of gritty, The-Expanse-style solar space opera. Plus a pretty in-depth combat system, by the look of things.
When’s it out? This one might take a while - we’ve only just seen a playable demo at PAX East, and it’s slated for release in 2020.
How excited should you be: I just can’t get enough of the way this game looks. For all I care it could be a re-skin of SimCity 2000, and I’d still snap it up - but it looks like it’ll verge pretty far into 4X and RTS territory, as well as doing everything you’d expect from a town ‘em up. If they make the setting as interesting as it could be (in terms of temperature, pressure and all those other great space things), rather than just palette-swapped earth, this could be a massive treat. 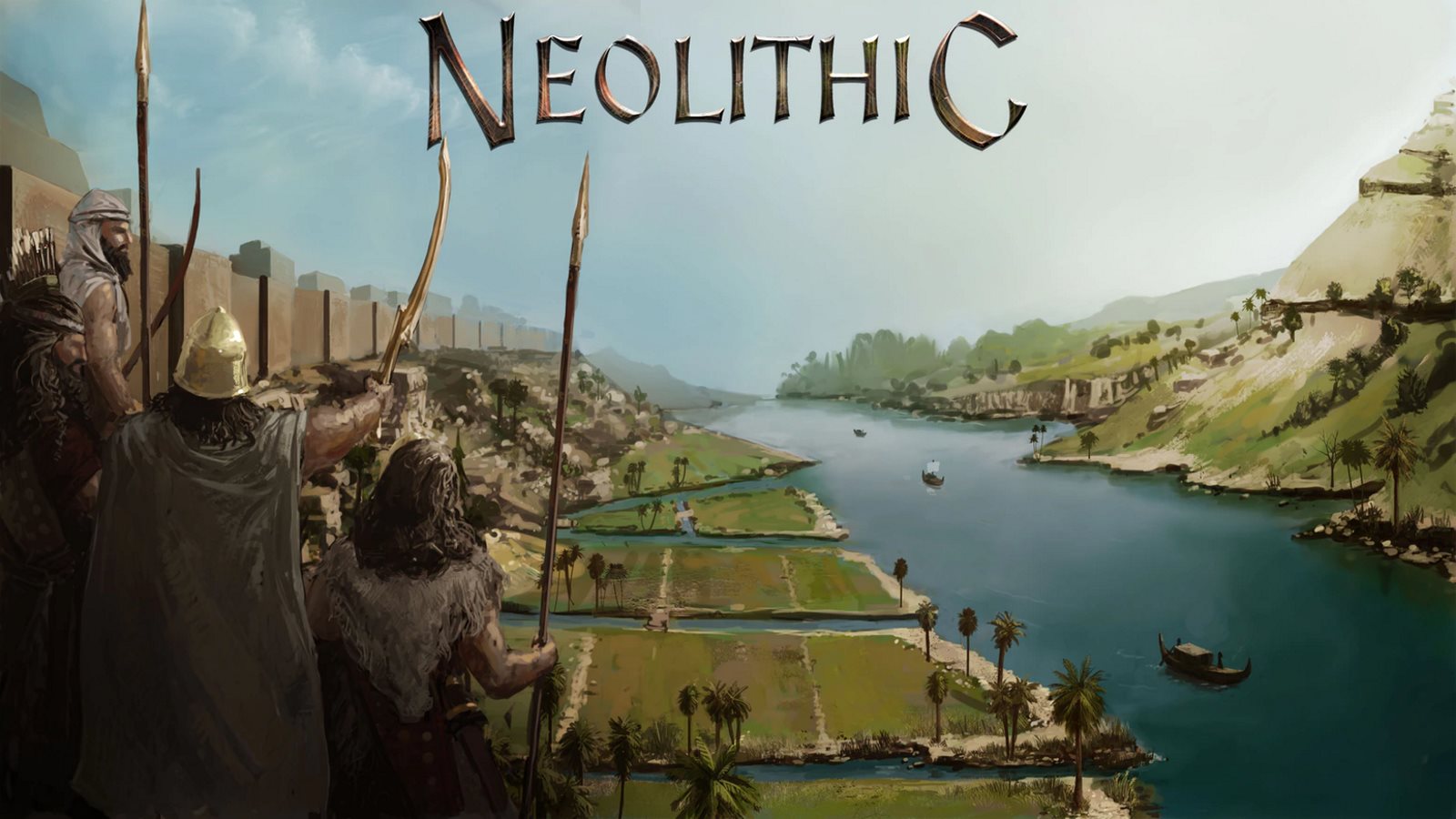 What is it? Despite what it sounds like, it’s not yet another game like Dawn of Man.
What makes it special? Well, it is a bit. But from the looks of the footage and screenshots so far, the game looks to have a much heavier combat element to it than the other stone age city-builders. Indeed, Neolithic has a serious Age of Empires vibe to it, complete with the ability to play as one of a number of ancient civilisations. And while the word “painterly” gets chucked around a lot to describe art styles, it does apply here.
When’s it out? Who knows! It’s a one-person project, and it’s been in development since 2016 in one way or another, but it has been successfully funded on Kickstarter, and has been being tested by backers since October 2018. Work seems to be going on behind the scenes, so here’s hoping for news soon.
How excited should you be: Age of Empires meets Caesar III is a hell of a pitch, and that’s the developer’s stated intention with this project. If it’s half as good as either it’ll be worth picking up - and if it can find a way to incorporate the best of both worlds, despite being the work of one pair of hands, it’ll be remarkable.

7. Settlers of the Deep 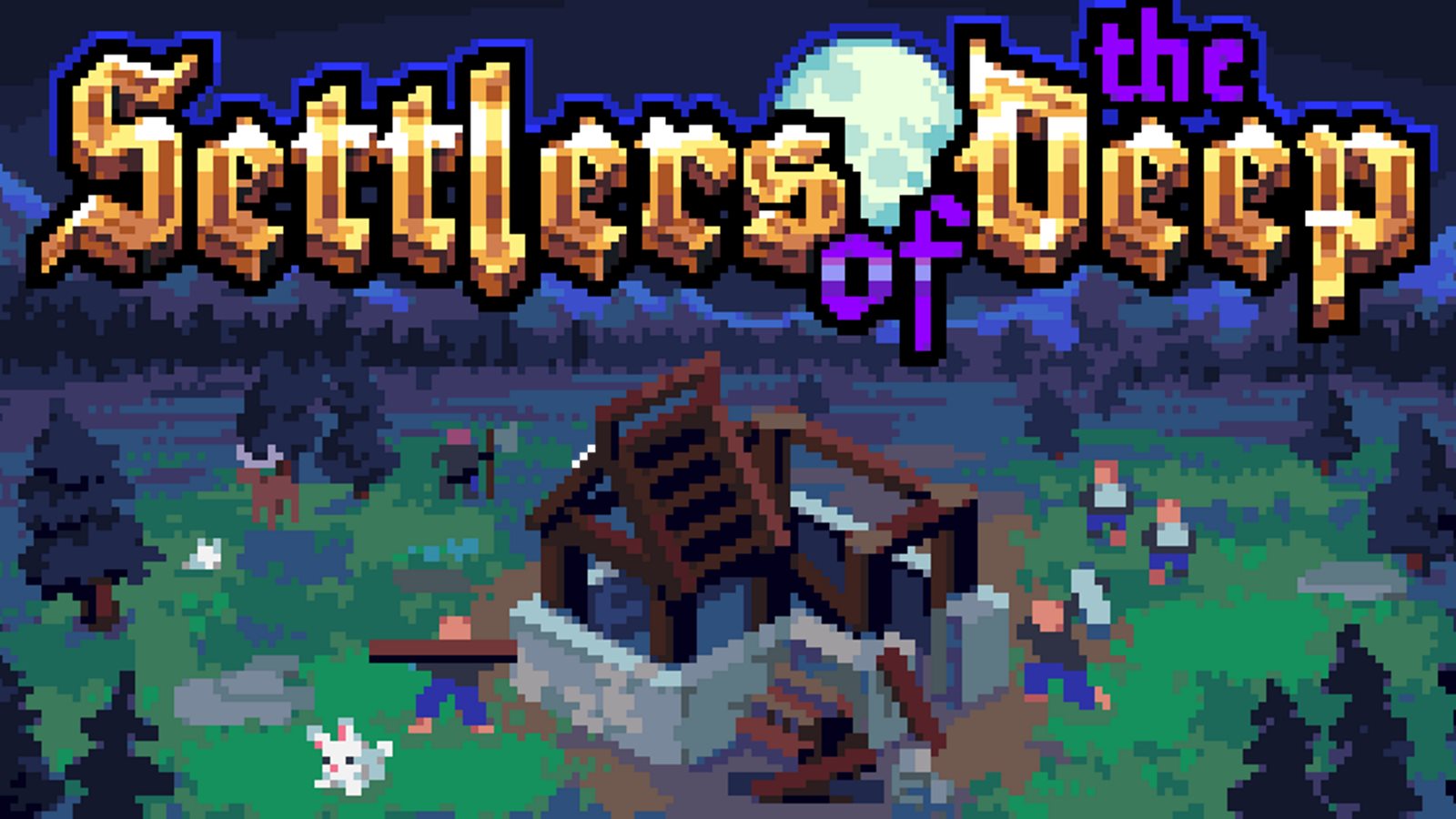 What is it? A cute, bijou, faux-ASCII little Settlers-like.
What makes it special? When I read the title I thought it might have been set under the sea, but it’s not. It does, however, have some strong visual callbacks to my beloved Dwarf Fortress, and so it captured my heart.
When’s it out? It’s playable at the moment, but not quite feature-complete - it needs some work on wildlife and UI, plus a few bug fixes.
How excited should you be: I can’t say for sure. This is a solo hobby project, and mostly on this list because I found it utterly enchanting to look at. But considering how quickly you can have a go for yourself (it’s downloadable now at itch.io), you’d be a fool not to take a look.

Depressingly drab-looking post-apocalyptic townbuilder, with a lot of focus on policy and morals. Frostpunk with a fallout 3 paintjob.

Looks like a one-person remake of 2004’s Children of the Nile, which in itself was a simplified 3D ‘homage’ to legendary 1999 title Pharaoh. Not much on the steam page, but it’s about ancient Egypt so I’ll keep an eye on it.

Buoyancy (Devs on a Boat)

Bargain bin Flotsam, meant to enter Steam Early Access this summer. I feel a bit bad for Buoyancy, because the concept is great - but it’s exactly the same as Flotsam’s, without any of the prettiness.

Extremely ambitious, highbrow passion project, with quite a lot of incomprehensible statements surrounding what it actually does. Reading the website was a bit like attending a conference.

Very pretty game with a cool SF concept, that went into Early Access last year. Interesting focus on building several cities at once - on high pillars - and then connecting them up.

In Early Access since July 2018, I initially got extremely excited about Depraved, thinking it might finally be the city-building answer to HBO’s Deadwood I’ve always dreamed of. Alas, it just seems like a slightly flat, cowboy-themed town-maker.

Much like Cities: Skylines, this seems to be another attempt to do the classic SimCity formula, but better. I find this style of city-builder to be a little dry, but if it’s your thing, keep an eye on this - although the developers seem extremely reluctant to make even the slimmest suggestion as to when it might be released.

Ukrainian Banished. Looks quite interesting, but not too much to differentiate it from the pack yet.

God knows. This one’s an utter wildcard. It’s a sort of MMO 4X game. With strong retro citybuilder elements. And RTS components. And it’s about pigmen. Seriously, I can’t fully comprehend Ymir, but it… actually looks pretty amazing. There’s more than an outside chance it’s a stellar work of genius, so I’m going to be watching it with glee.