There’s a particular vibe to a good coffee shop; a chill atmosphere where people catch up with one another and enjoy a good hot drink. Coffee Talk captures that same vibe, with its lo-fi chill-hop soundtrack and the gentle noises of pouring water both from the rain and the espresso machine.

It also aims to capture the human stories that pass through cafés like this every day – despite being set in an urban fantasy version of Seattle where orcs, elves, succubi, and humans all live together in a sometimes uneasy harmony.

The demo, which runs about 15 minutes, introduces your barista, an easy going type who runs the only late-night coffee shop in the neighbourhood, as well as some of the NPCs who frequent this cosy café. It gives a small window into the kinds of stories the full game wants to tell, like the difficult romance between Baileys, an elf, and Lua, a succubus. Their families disapprove of their relationship, and in between serving drinks by combining ingredients, you can eavesdrop on their conversation to learn more about their troubles.

Like 2016's similar serve 'em up VA-11 HALL-A, the mechanics are simple. Trial-and-error drink creation spaces out the visual novel segments to keep things fresh, but Coffee Talk is all hot drinks and no alcohol. Looking at the potential recipes, it seems there’ll be a lot of drinks to unlock in the future, with some customers asking for something to suit their taste rather than having a specific order to up the difficulty a little. 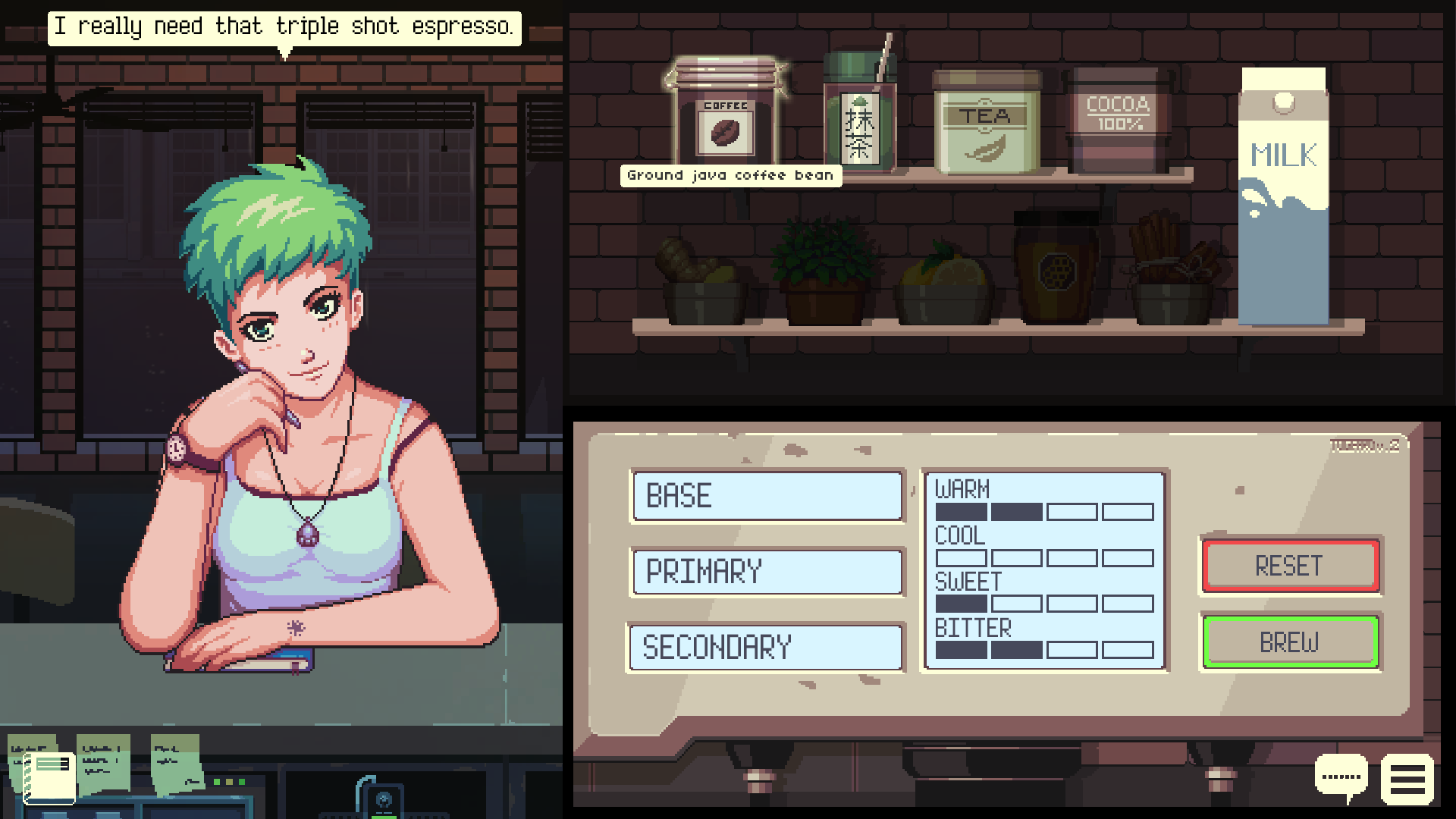 But it’s the characters that really bring the game to life, especially with their emotive sprites. All of the game’s pixel art is beautifully detailed, but regular customer Freya’s shifting between upbeat grins and dejected sighs is a particular joy, adding a lot of pathos to her story as she tells you all about her struggle to write a novel.

Developers Toge Productions originally conceived the game as part of a jam earlier this year, and it’s already come a long way since then. They’re hoping to release the full version sometime in early 2019, with further improvements like a gender-neutral protagonist already planned. For now, the demo is available for pay what you want (with no minimum) from itch.io.