Crom would be pleased to see a game as scrappy as Conan Exiles doing so well. Developer/publisher Funcom declared today that the barbarian fantasy survival sandbox is their fastest-selling game to date, now having shifted 1.4 million copies in total. The studio aren't resting on their laurels either, announcing some new Roman-themed cosmetic DLC, along with reiterating their promise of major free updates to the game, including new dungeons, bosses and a pet-taming system on the horizon.

For those wanting to look a little less like a glistening, oiled barbarian (Why would you? It's a Conan game!), the upcoming Jewel of the West DLC might be the look you need. As with the previous Chinese-styled Imperial East pack, it's an entirely cosmetic bundle of new craftable construction blocks, decorative items, weapon skins and armour sets in Aquilonian (Conan's Romans) style. Nice to look at, but it doesn't offer any advantages over what's currently in the game. Laudably, all the real new content is going to be delivered as free updates, at least for the time being. 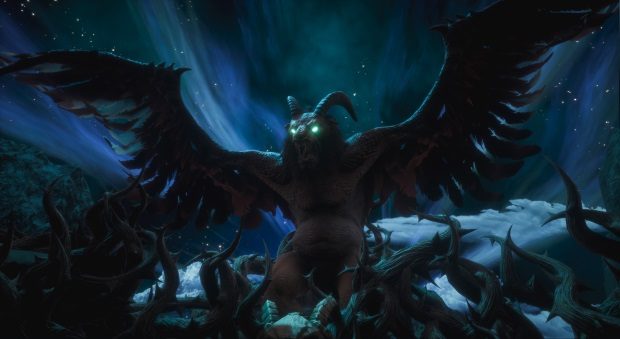 Among the stuff on the horizon for Conan Exiles is a new dungeon - The Midnight Grove - featuring new monsters, and a boss to hunt for unique rewards. The Beast King (pictured above) looks suitably magical and ornery, and I'm sure there's something fancy we can carve out of those horns. There's a (presumably related) new god to worship on the way too - Jhebbal Sag, Lord of Beasts - complete with new altars, religious items and a new god-avatar to stomp entire towns flat with, assuming you're mad enough to play on a PvP server. Me? I'm sticking to co-op.

The game has received some significant patches since launch as well, with a particularly massive one - The Mother of All Patches, as they're calling it - going live today. It adds the ability to set hierarchies within Clans, threat animations for animals to try and warn you away before they turn aggressive, and a mountain of tweaks and bug-fixes. You can see the full patch-notes here, and read a bit about the upcoming dungeon, monsters and pet system on the developer's blog here.

Conan Exiles is available via Steam and Humble for £34/$40, along with the Imperial East cosmetic DLC for £9/$10.