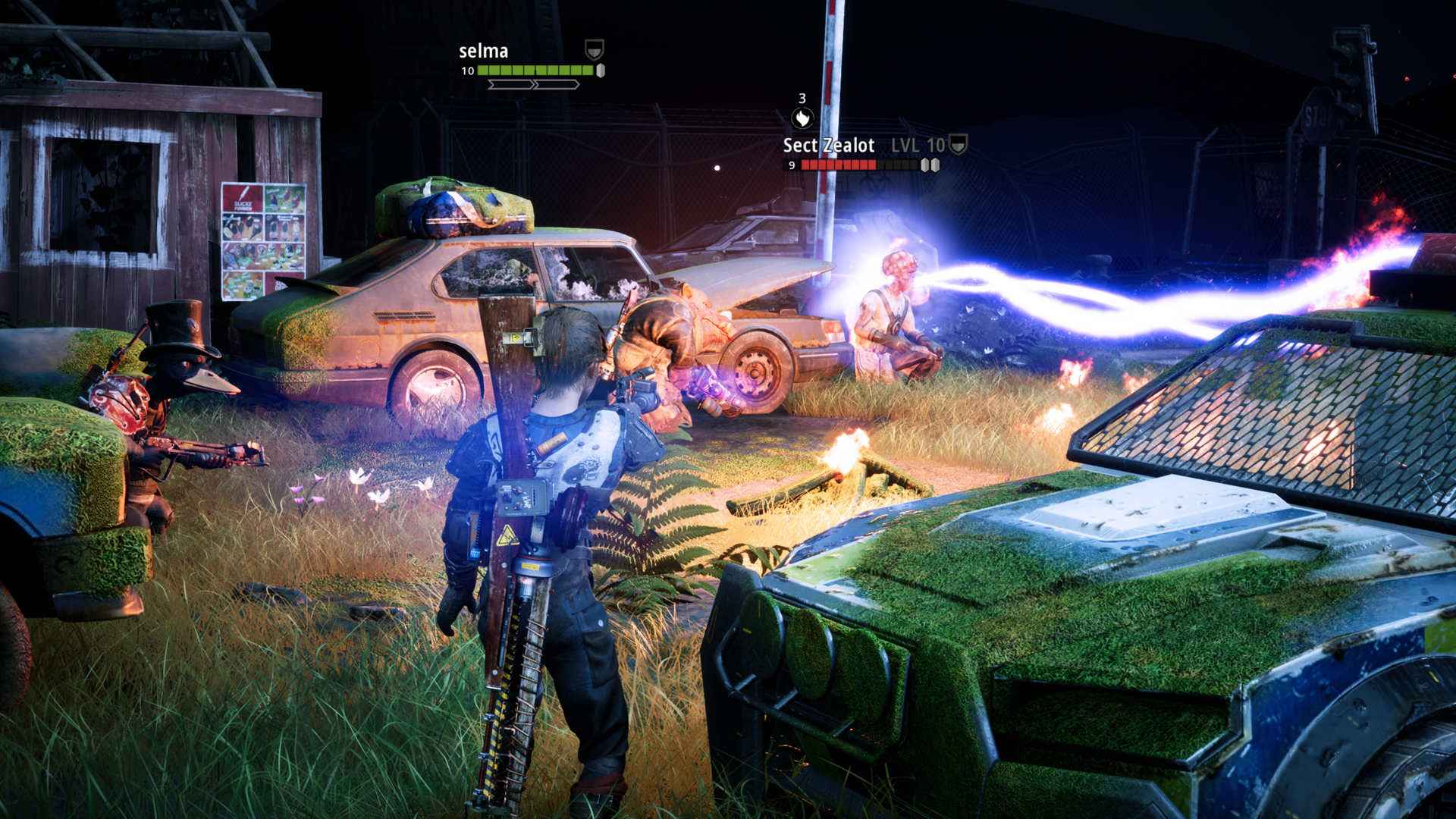 Release: December 4
On: Windows
From: Steam
For: TBC

FIND: Stand alone, self contained missions.
REPLACE: Open exploration in a post-human world where the characters think a boom box is a weapon of some kind, because of the name.

FIND: Returning to the XCOM base between missions, to allow your troops to heal and resupply.
REPLACE: No rest for the wicked. Looting to find useful things, like medkits, or keys to locked doors from earlier in the level. 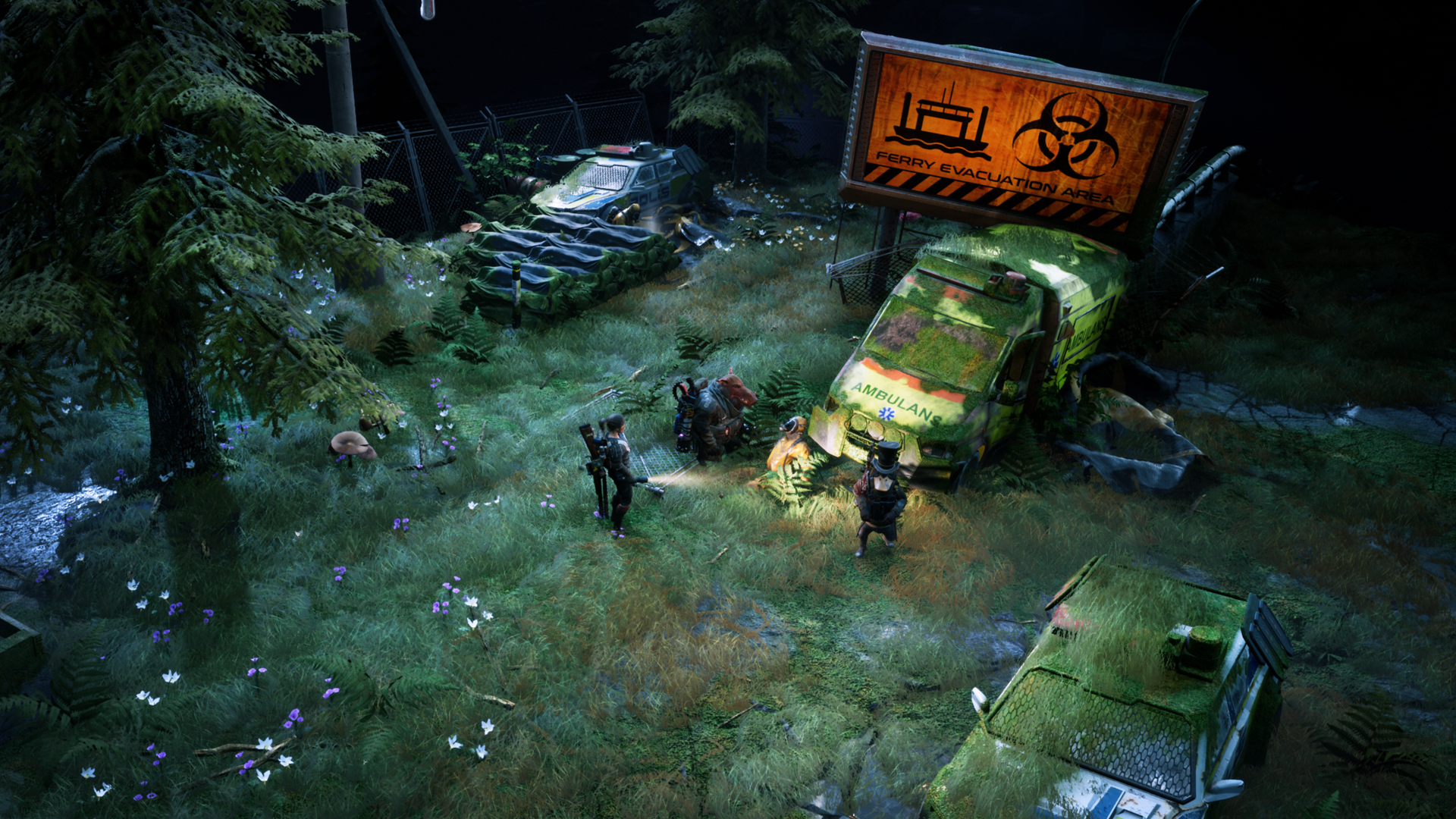 FIND: Different loadouts for different soldiers selected on deployment.
REPLACE: Finding new weapons as you go. Switching between silent and loud guns as the situation demands.

FIND: Turn based movement for squad and enemies the whole time.
REPLACE: Use of stealth and ambushing in open world free-roaming, to pick off patrolling baddies without initiating combat. Repeatedly failing at this and alerting many enemies in the area.

FIND: Those horrible snake aliens.
REPLACE: A kid of mutant wizard electrocuting everyone. 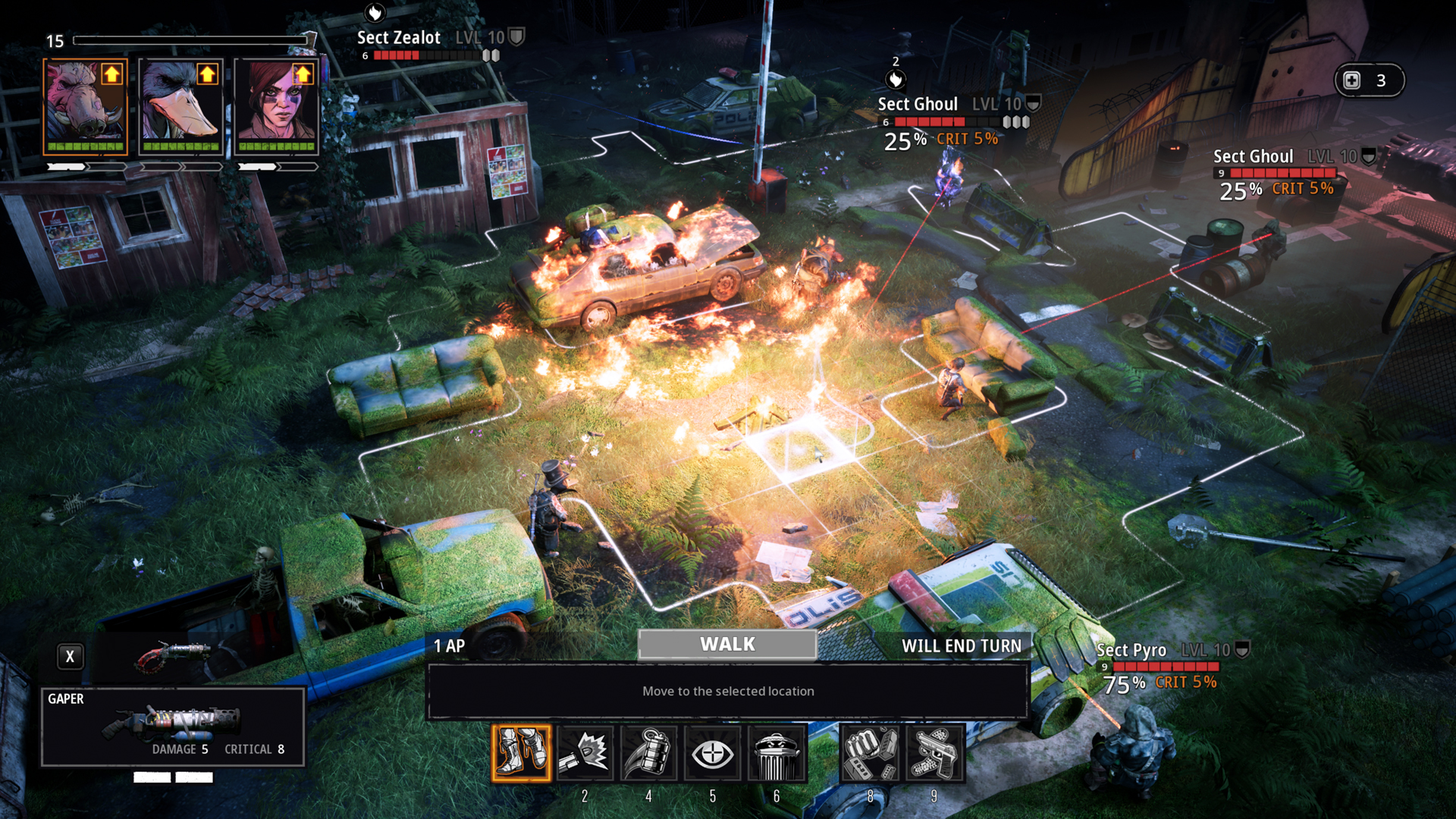 FIND: Levelling for individual team members based on their performance.
REPLACE: Squad levelling, because that’s more fun when everyone’s a mutant like in X-Men!

FIND: Abilities that are broadly realistic for a gang of resistance soldiers
REPLACE: Hilarious abilities unique to characters e.g. moth wings to hover in the air, angry pig charging through walls, raising vines from the ground to trap enemies. 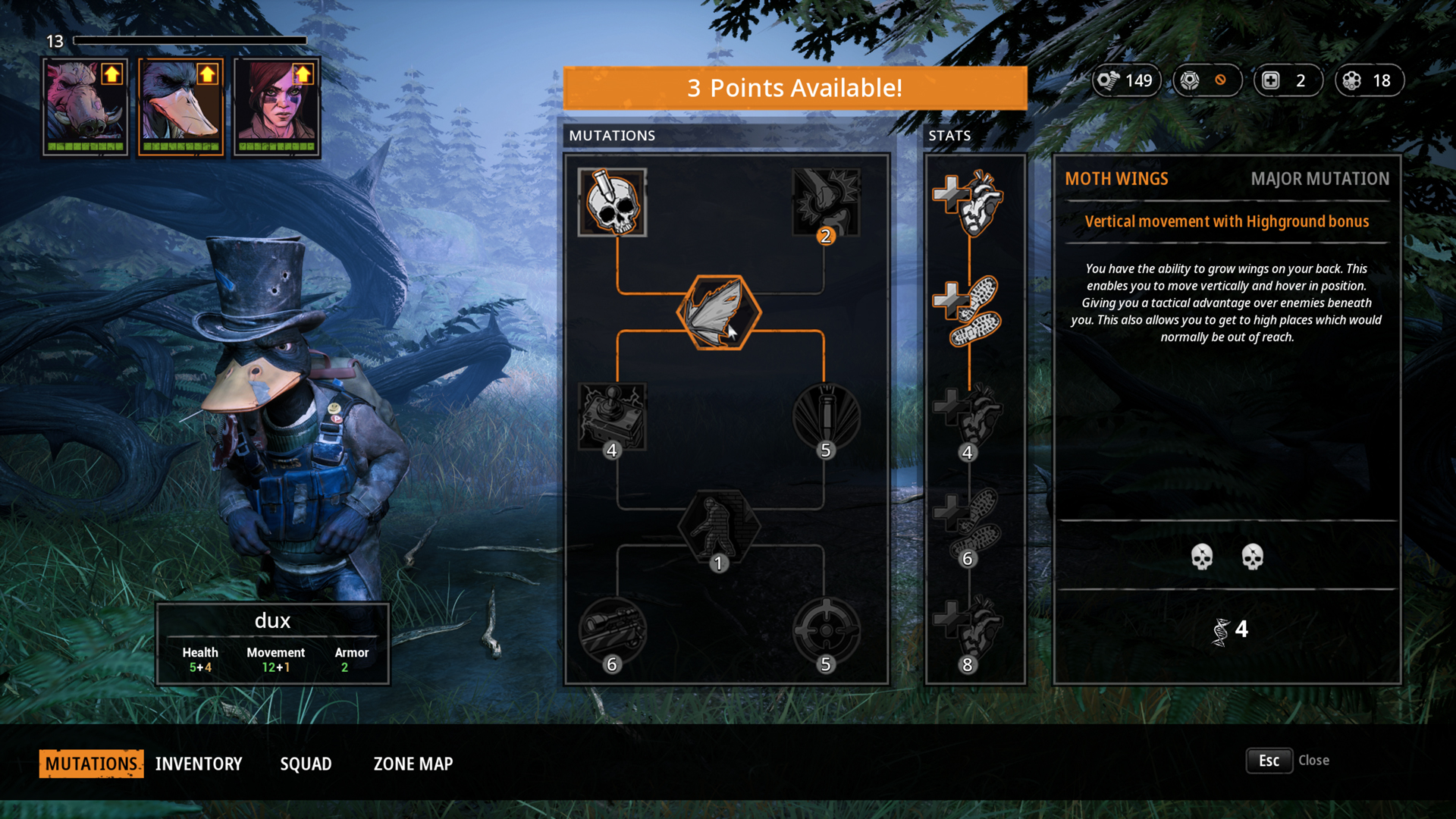 FIND: Randomly generated ruff, tuff marines that you still accidentally get attached to.
REPLACE: A cool lady with earth magic, a big ol’ porker, and a sniper who is a giant duck with moth wings and a top hat? He is my best friend and I love him.
…
…
… FIND: The expected kind of armour and gear upgrades.
REPLACE: Hats as discoverable gear, providing different hat options for the whole squad. 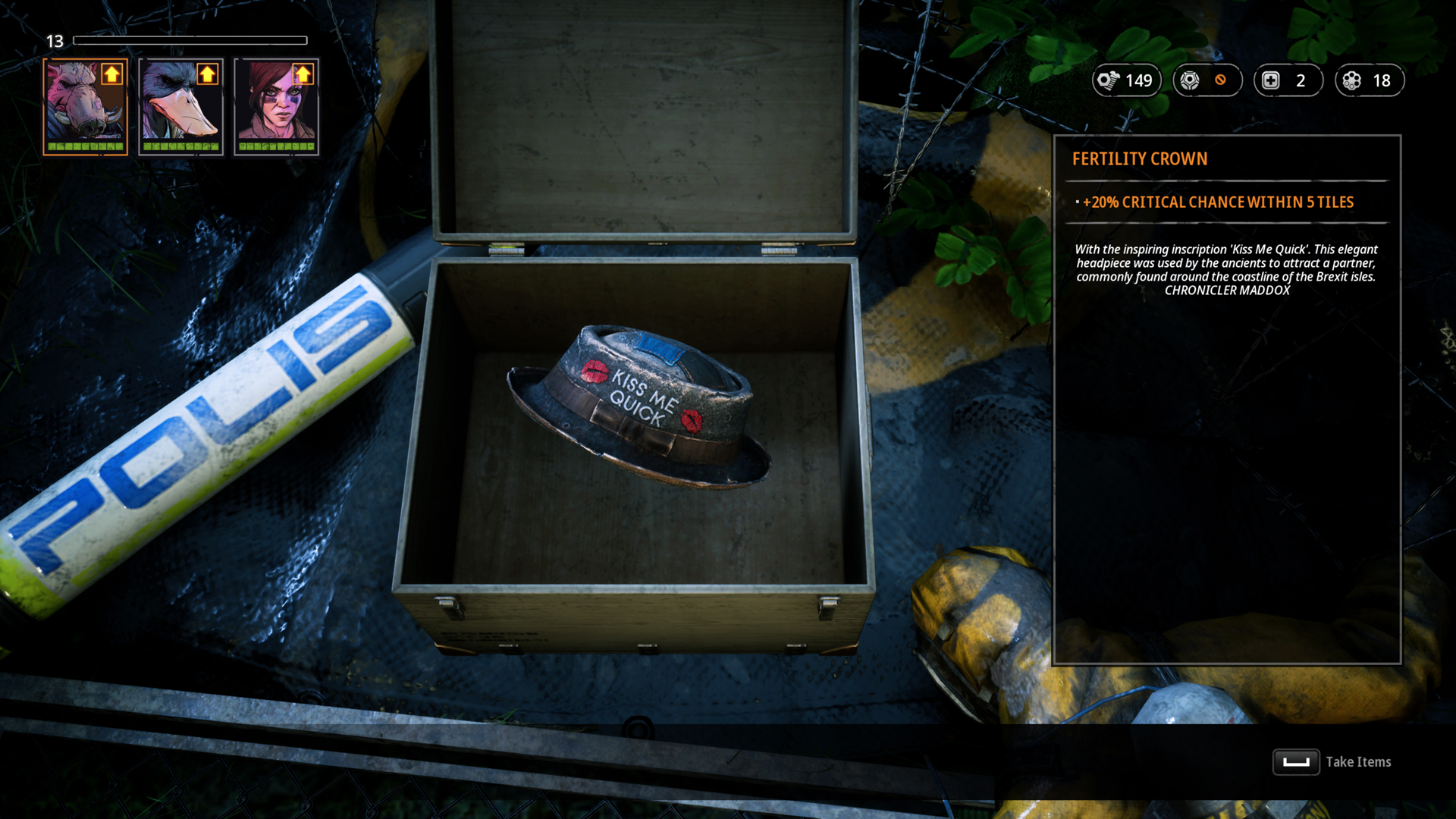