How can you make money fast in Cyberpunk 2077? Cyberpunk 2077's Night City runs on eurodollars, known in futuristic slang as eddies. It's surprisingly difficult to get a hold of eddies in amounts that are significant in the economy of the game, and seeing as they're used to purchase everything from vehicles to cyberware upgrades, make no mistake that you will need a lot of them. To help you make money fast in Cyberpunk 2077 we've put together this money making guide. It will detail the absolute best ways to earn eddies, so that you can make the most of your time.

There are many ways to earn eddies in Cyberpunk 2077, but not all of them are worth your time. In fact, money is actually pretty hard to come by in Night City, bad news for those looking to buy new cars, weapons and implants. There are few money-making schemes you can try though, I've detailed them below: 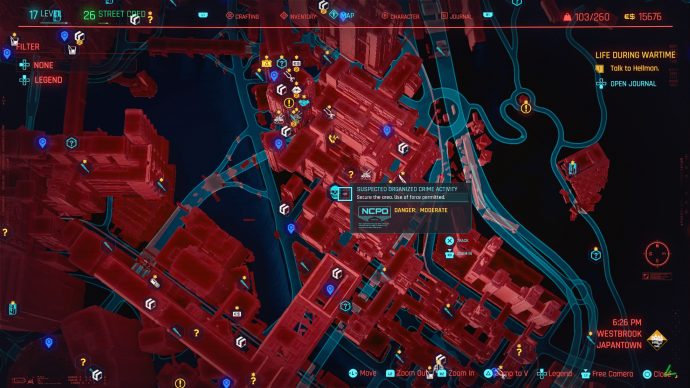 The absolute best way to make money in Cyberpunk 2077 is to drive around the city looking for light blue street crime icons on your map. The small skulls, indicating organised crime, are particularly lucrative, and given you only have to kill a handful of baddies and loot the area, much faster to complete than other missions. Make your way to these crimes and start blasting, you'll get the opportunity to loot the area afterwards.

Most of the main missions in Cyberpunk 2077 involve infiltrating an area, killing a bunch of people, and then leaving. Before heading out of the back door, consider looking around areas for valuable loot. Anything with a blue, yellow or purple icon will do, just hoover it all up. You should also be picking up as much junk as you can carry, as you can head to vendors and sell it to them for a decent chunk of cash. Selling weapons and clothing is where the real money is. Take extra care after defeating bosses, they often have very valuable clothing and weapons. Alcohol is also worth a fair bit. 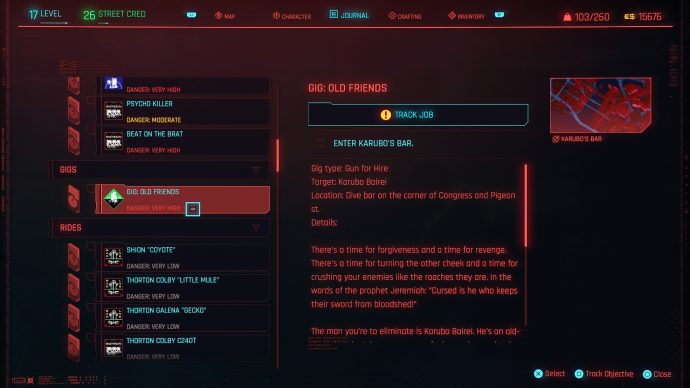 Gigs are basically your bread and butter as a smuggler/all-round badass. They are short missions that always pay out, with rewards ranging from a couple of thousand eddies to much more. Sometimes you'll get a free katana, other times you'll decrypt a PC that'll instantly credit your account with 10,000 eddies. Make sure to keep on top of these jobs for a nice steady stream of money.

This method requires a little more set-up than the others we've mentioned so far, but the rewards are worthwhile. You'll need at least three points in Intelligence, but ideally five, to get most hacking attempts off the ground; and the Advanced Datamine perk for Breach Protocol to maximise your earnings.

With all this in place, though, you can interact with Night City's abundance of access terminals (denoted by a red computer icon on your map) and hack them. Complete up to three levels of the Breach Protocol mini-game and you'll be rewarded with eddies and Quickhack Components. The actual payout each time appears to be somewhat random, but luckily that Advanced Datamine perk increases your loot by between 50% and 100% every time.

That's everything we have so far on making money in Cyberpunk 2077. For more on the game be sure to check out our Romance guide. Elsewhere there's Katherine's look at the best settings to use while playing on PC.