Ever since the first Cyberpunk 2077 teaser trailer, we've known that the game was going to have one banging soundtrack. The music of CD Projekt Red's extremely ambitious RPG has been the topic of much excitement and discussion, so we thought we'd put together this quick Cyberpunk 2077 soundtrack guide, which will walk you through the diverse selection of musical artists and songs that are known to be in the game.

Cyberpunk 2077's soundtrack is a wild, dark, and exciting mix of genres, bouncing between rock, punk, hip-hop, and rap with an electronic undertone riding throughout nearly every track. CD Projekt Red have accomplished this with the help of a varied cast of musical artists from many different backgrounds. The above video reveals some of the artists that have worked on the Cyberpunk 2077 soundtrack, to supplement the below list:

Special mention to Refused, who are filling the shoes of in-game fictional band "Samurai". Why do we care? Because their lead singer was none other than Johnny Silverhand, Keanu Reeves's character who will accompany you on your journey throughout Cyberpunk 2077. Pretty cool stuff. I only hope that when you turn on the radio in your car and Samurai comes on, Johnny gives a few choice remarks on the situation. 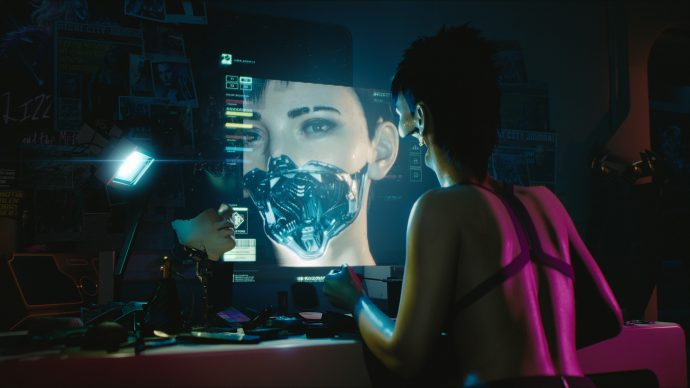 You'll be able to switch to one of various radio stations while driving through Night City, and listen to many (or possibly any) of the songs in the Cyberpunk 2077 soundtrack. If that thought excites you, you'd best also check out our Cyberpunk 2077 cars & vehicles guide and pick out your vehicle of choice now. Here's a list of all the radio stations you'll hear while playing:

Alright, that's everything we have so far on the topic of the Cyberpunk soundtrack. But if you're after more information on CD Projekt Red's RPG, be sure to check out our guides on Cyberpunk 2077 character creation and the upcoming Cyberpunk 2077 multiplayer!