Cyberpunk 2077 multiplayer has always been part of the long-term plan for the game, but the feature was not included at launch — and, as of the substantial Version 1.5 update in early 2022, there's still been no official word. Some players believe that a statement by CD Projekt Red in March 2021 announcing their plans to "reconsider" CP77's multiplayer aspect means that the mode has been cancelled. However, nothing has officially been stated outright.

CD Projekt Red have previously revealed that they view the multiplayer component of Cyberpunk 2077 as its own AAA release, rather than a mode hastily tacked onto the singleplayer game. Think less Mass Effect 3 multiplayer, and more GTA Online. As such, we're likely going to have to wait a bit longer to hop into Night City with our friends even if the plan is still in the works.

When will Cyberpunk 2077 multiplayer release?

2022 is still the projected release date for Cyberpunk 2077 multiplayer according to the last firm statemnt on the issue, although at this point it's far more likely that we're looking at 2023 or even beyond for the release of Cyberpunk's multiplayer project.

When the news was revealed that Cyberpunk 2077's multiplayer was in development, CD Projekt Red stated that we can expect multiple free updates and paid DLC expansions for Cyberpunk's singleplayer experience before multiplayer is released. The recent Version 1.5 update demonstrates that the game is still very much receiving in-progress support, and the devs at CDPR have tweeted their reassurance that at least one major DLC is still said to be very much on the cards despite the announcement of a new game in The Witcher franchise in March 2022. It remains to be seen what this means for an eventual multiplayer mode, but it's clear that CP77 isn't over just yet.

How will Cyberpunk 2077 work in multiplayer?

Cyberpunk 2077's multiplayer will arrive as a free download for anyone who already owns the game. As for what the multiplayer experience will be like, CD Projekt Red have been pretty tight-lipped so far. We know that during CP77's initial development they hired Canadian studio Digital Scapes to work alongside them for Cyberpunk multiplayer. Digital Scapes are known for co-developing Dying Light's Be The Zombie PvP multiplayer mode with Techland, and it's a clear indication of just how large-scale and comprehensive Cyberpunk's multiplayer is planned to become.

Microtransactions are planned for Cyberpunk 2077, though we do not know exactly what form they will take. "Like always, expect us treating your money with respect," is the word from Adam Kicinski, President of CD Projekt. But of course, we should all reserve judgement until further information is revealed. Whatever the case, CDPR have hastened to reassure prospective players that only the multiplayer will feature microtransactions, and that the singleplayer Cyberpunk will remain a single purchase deal (aside from the paid DLC expansions that will arrive later on). 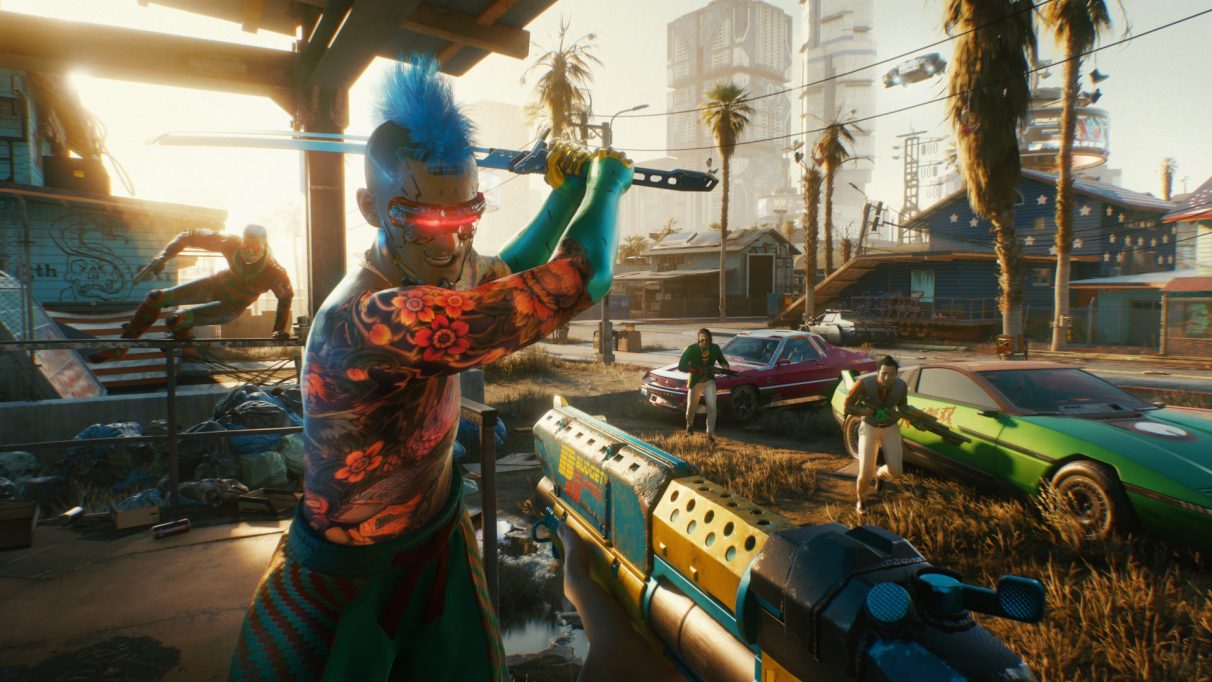 And that's just about everything we know so far on the topic of Cyberpunk 2077's hotly anticipated multiplayer mode. Now why not check out our guides on Cyberpunk 2077 character creation and the three Cyberpunk 2077 classes available in the game?