Cyberpunk 2077, it should be no surprise to anyone, is an incredibly ambitious game, and this ambition extends to the startlingly diverse arsenal of weapon types available to the player throughout their journey. Our Cyberpunk 2077 weapons guide will give you a full understanding of how Power weapons, Tech weapons, Smart weapons, and Cyberware all differ from one another, and which are best to use in different situations.

In most shooters, the weapons arsenal is divided into categories such as Assault Rifles, SMGs, Sniper Rifles, and so on. This is also true of Cyberpunk 2077, but the weapons are also classified by the kind of technology used in each weapon. Each weapon type has a particular set of benefits and drawbacks, whether you're using a sniper rifle or a shotgun.

In a nutshell, here are the different weapon types in Cyberpunk 2077:

Every weapon in Cyberpunk 2077 belongs to one of these categories, but this category is not fixed. Most weapons can be fitted with new modules and attachments which can completely alter the nature of the gun. A single upgrade could change an Assault Rifle from a Tech weapon to a Smart weapon, or vice versa.

Let's take a closer look at each category of weapon available in Cyberpunk.

The oldest and most familiar class of weapon in Cyberpunk 2077 is the Power weapon. These guns use traditional ammo and projectile technology, and as a result they're a reliable source of damage against most enemy types in Night City.

The call to fame of Power weapons is that they often feature a very high rate of fire, which means higher damage per second. The downside is that this high fire rate often means high recoil, which brings up the question of whether high fire rate matters if you are unable to hit with most of your shots. Regardless, despite their venerable technology, Power weapons are very common throughout Night City and cover a wide variety of weapon types.

Tech weapons do not use traditional projectile technology, opting instead for the railgun approach of using an electromagnetic charge to launch its ammunition at incredibly high velocities. As a result, these guns boast the highest penetration factor of any weapon class. Cover can be shot through in Cyberpunk 2077, which makes Tech weapons a very agreeable choice in many combat situations.

The drawback of Tech weaponry is that the electromagnetic approach requires time between shots, limiting your rate of fire and therefore your DPS. So in cases where you're battling a great big bullet sponge of an enemy with no cover or armour to speak of, Tech weapons might not be your best bet. 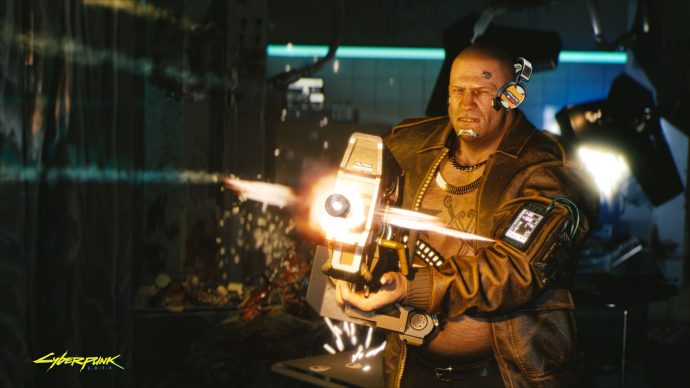 Smart weapons are some of the flashiest guns available in Cyberpunk 2077. These weapons use gyrojet technology to fire tiny rockets rather than bullets, which then track and home towards the targeted enemy.

The benefits of such technology are pretty obvious: you can shoot around corners or over cover. It's not clear what drawbacks these Smart weapons have, but game-sense suggests that these weapons lack the sheer damage potential of other weapon types. So they're probably best suited for eliminating weaker enemies safely.

Cyberpunk 2077 boasts a variety of melee weapons for those who prefer to go the cyber-samurai route with their character progression. The drawback of such weaponry is fairly obvious: you're quite literally bringing a knife to a gunfight in many cases. It's unclear whether melee weapons are designed purely as a backup option, or whether it is truly viable to go entirely melee with your character. 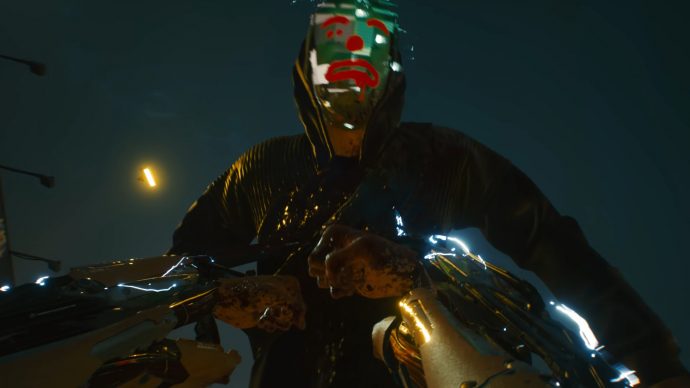 Cyberware is the most diverse class of weaponry available in Cyberpunk 2077, as it does not appear to have particular strengths or weaknesses like the other weapon types. These body modifications range from melee options such as the iconic Mantis Blades to ranged options like a tiny missile launcher built into your hand. So far, it is unclear whether these weapons will take up a "weapon slot" for your character, or whether a large part of the appeal of combat-oriented cyberware is that you can use it alongside your other weapons.

In addition to the above weapon types, we can also see from the above weapons trailer that there is a "throwables" class of weapon. Presumably these are only to be used to supplement your character's primary methods of dealing damage - although it would be very cool if you could go around with nothing except a near-infinite supply of throwing knives or shuriken, like that Twi'lek mercenary in The Mandalorian. Check back soon for more information on throwables and all other weapon types in Cyberpunk 2077.

And with that, we'll conclude this weapons guide. But we have plenty more to share on the topic of CD Projekt Red's colossal RPG: why not now check out our guide to all the Cyberpunk 2077 cars & vehicles we know about, or brush up on your powers of seduction with our Cyberpunk 2077 romance options overview?