One of the best things about buying physical games is getting to unfurl great big maps of their worlds that come tucked away in their boxes. I'm pretty sure I still have ones for Skyrim and GTA 5 hanging around somewhere, and soon it seems I'll be able to add one of Cyberpunk 2077's Night City to my collection (well, I mean, maybe not if I buy it digitally on PC). The game's full map has been leaked online, giving us a broad overview of all the different districts we'll get to explore.

The map, posted on Resetera, seems to come from some cheeky leaker who already has a boxed copy of CD Projekt Red's cyberpunk adventure. As you can see below, it features everyone's favourite hangout spots like City Centre and, uh, Watson. I don't think I'll ever be able to read that as a place name. Watson is a people name. 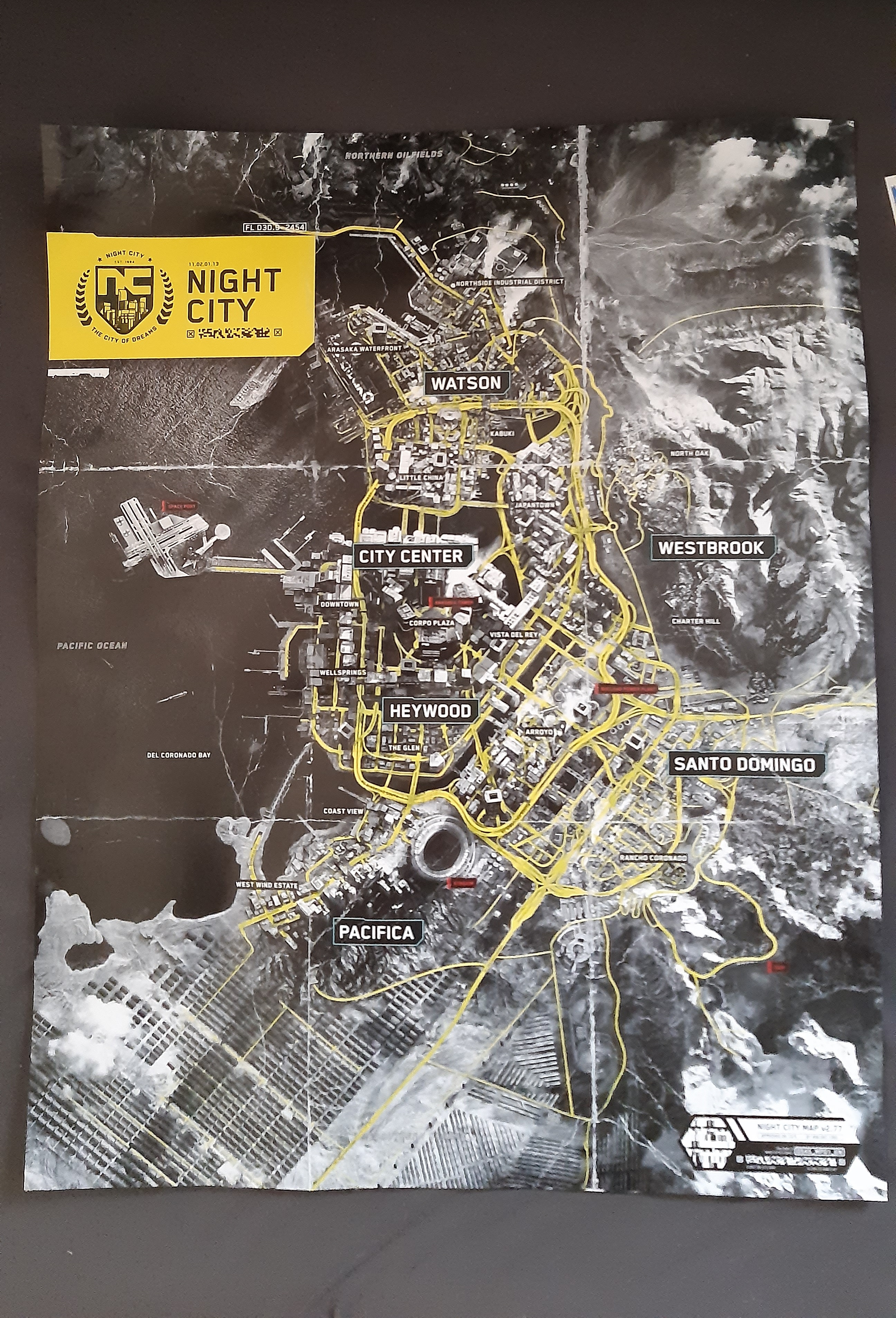 Watson is actually one of the game's starting locations, as seen in the E3 2018 demo. The same E3 demo that Brendy (RPS in peace) said was "a vivid, drug-huffing first-person romp of guns and butts". So, make of that what you will.

As well as that sprawling map, the physical copy of the game also comes with some lovely postcards you can see in the gallery here.

Elsewhere in the land of Cyberpunk 2077, CDPR announced today that the game has gone gold. However, this doesn't mean the game is complete, only that they're ready to send the discs to manufacturing. As a report revealed last week, the development team are still facing weeks of 'crunch' overtime to iron out any leftover bugs and glitches. Despite CDPR previously claiming they're against mandatory crunch, the team are working an extra day each week.

Cyberpunk 2077 is set to arrive on PC and consoles on November 19th.