You can be killed by many things in run 'n' stab roguelike Dead Cells. There are pirate captains, football-sized assassins and horrible worms. There are robots that summon corpse flies, and skeletons in hats that turn into knife tornadoes. If you spend $5 on Dead Cells' first whack of paid DLC this January, you can also be chucked at spiky walls by mushroom men.

They're part of the Bad Seeds DLC, which adds another route through the game filled with plants and pricks with blow pipes. I'm lucky enough to have already spent an afternoon being chucked at spiky walls, as well as the chance to ask new split-off studio Evil Empire why they're charging for the privilege.

Your first stop on the DLC path is a greenhouse, accessed through a new door in the opening level. That takes you to a murky green arena where those mushroom men lie a-lurking, jostling to either throw you into walls or lob their babies at you. The babies might also be their shoulder pads. I'm unsure as to their exact relationship, but regardless, the big dudes are big into lobbing. Their babies do make good projectiles, in fairness, and have an annoying habit of crouching down and blocking standard attacks. If one waddles past a big fungi, it's getting tossed.

That's a more interesting interaction than we've seen before, with non-combat units that shield or cloak nearby allies. I asked Evil Empire CEO Steve Filby how they set about designing the new bads, and he told me they'd tried to pay more attention to marrying each level with its occupants: "You can see in both of the levels there are monsters that are designed quite particularly for that level, which is something we felt we hadn't done a terrible amount of in Dead Cells. A lot of the monsters have been quite generic, just platform-based, walking backwards and forwards, firing projectiles." 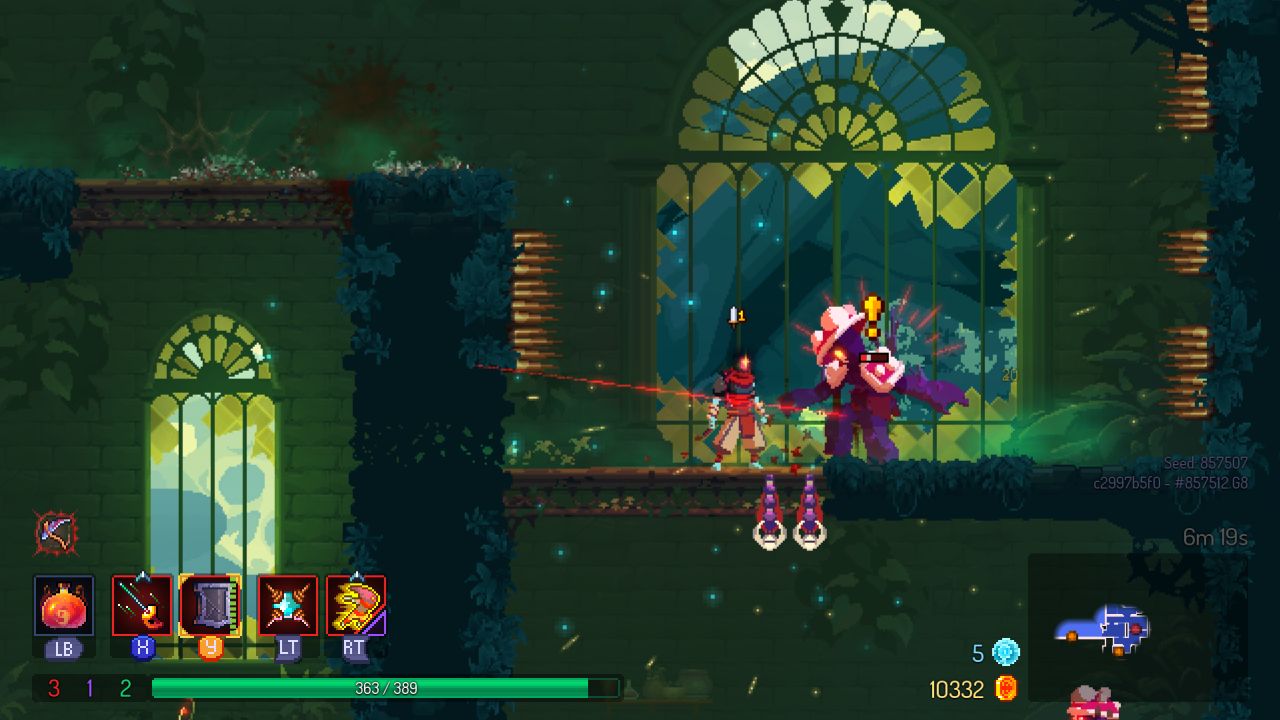 Jazzier behaviour is indeed on show in the second level, a swamp full of blow pipe bastards. They're cowardly folk, firing off darts before hopping up to harangue you again from upper platforms. They're fragile, though, and easy to plow through. The same goes for the new assassins, who drop from the ceiling in pairs, eager to impale you. With fifty hours worth of experience, upgrades and equipment, they never came close to killing me - but that's by design.

"You're meant to feel instantly powerful", Filby told me. "You'll learn those first few lessons: Laurel will throw you into the spikes or Hardy will explode in your face, but once you get the hang of it you're in that flow state and you charge through it."

This is definitely Dead Cells playing to its strengths. The game excels once you've reached the point where killing enemies hardly even slows you down, chaining jumps into ground pounds into slashes into rolls. It's more fluid than a glass of water. 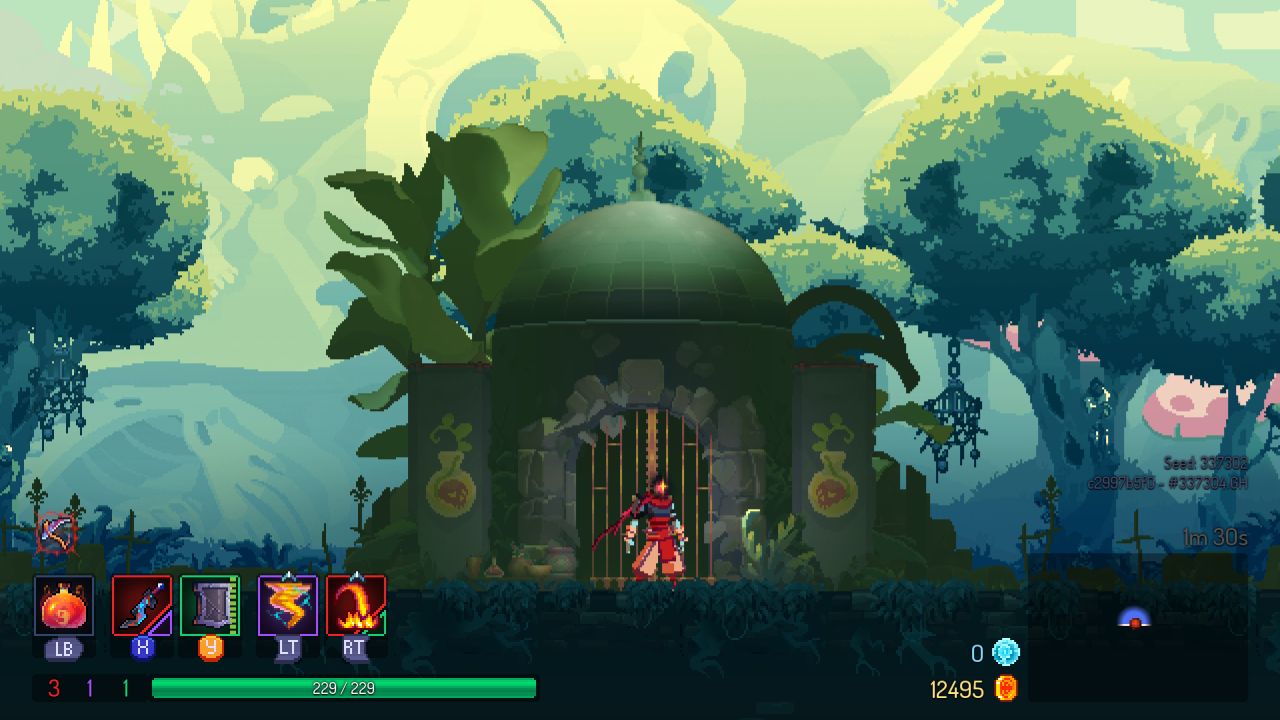 I'm yet to get my hands on any of the new weapons, though I can't help but look at them through the eyes of a dedicated shield wimp. Bosses tend to toast me if I run without one, so I've got limited interested in the blow pipe that does crits from behind. The same unfortunately goes for the most notable new weapon, a two-handed scythe dropped by the boss that lies beyond the swamp. It's the first item that takes up both your weapon slots, with a slow horizontal attack and a faster vertical strike. It's an experiment, Filby told me, and they're hoping to introduce two-slot weapons in a future update to the base game.

The word 'experiment' also comes up a lot when I ask Filby about why they're charging for the DLC. It's the first time players have been asked to stump up extra cash, which makes Filby understandably nervous: "It's a test. If this goes sideways, if the greater community decides this is rubbish, we might change it. We might never do a paid DLC again, we might do a paid DLC differently." 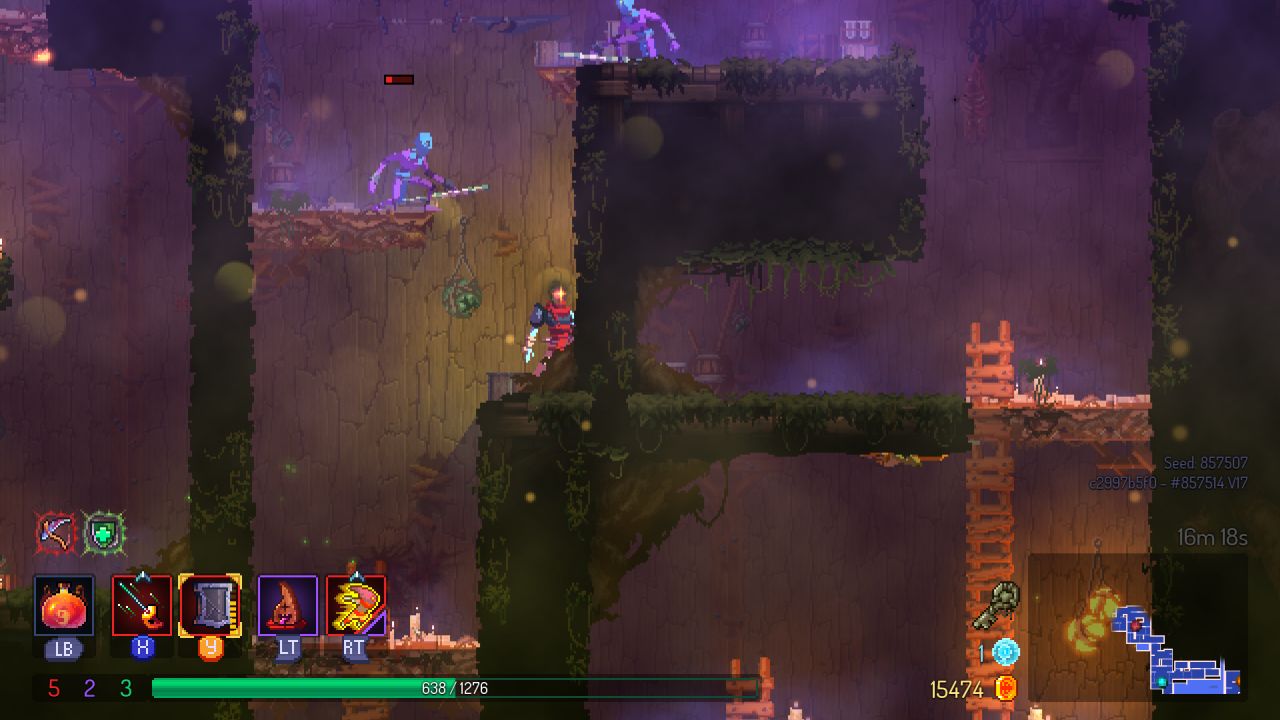 At first, Filby assumed the prospect would get them pilloried. Then Motion Twin, who retain creative control over Dead Cells but won't continue to work on it, urged him to actually check. Filby's cautious of self-selecting groups on Twitter or Reddit skewing his results, but reckons "people aren't too hostile to the idea if it's done correctly." A potential sticking point, however, is integrating paid DLC too closely into the core game. People want the DLC to feel optional, and not like they're missing out.

Filby and his team believe they've skirted that by packing the new levels into an additional path, rather than tying them into the "three main branches". I pointed out that from an outside perspective that distinction doesn't really work, with the door to the DLC looking just as 'main' as the other three. He didn't demur.

"I think that's a fair call, in the sense that it's an arbitrary distinction", he said, going on to explain that from their perspective drawing up a new branch "feels like it's completely separate". I'm not sure who players will agree with, and nor is Filby. "Perhaps that's just something we've had our noses buried in too closely," he wondered, slightly worried. 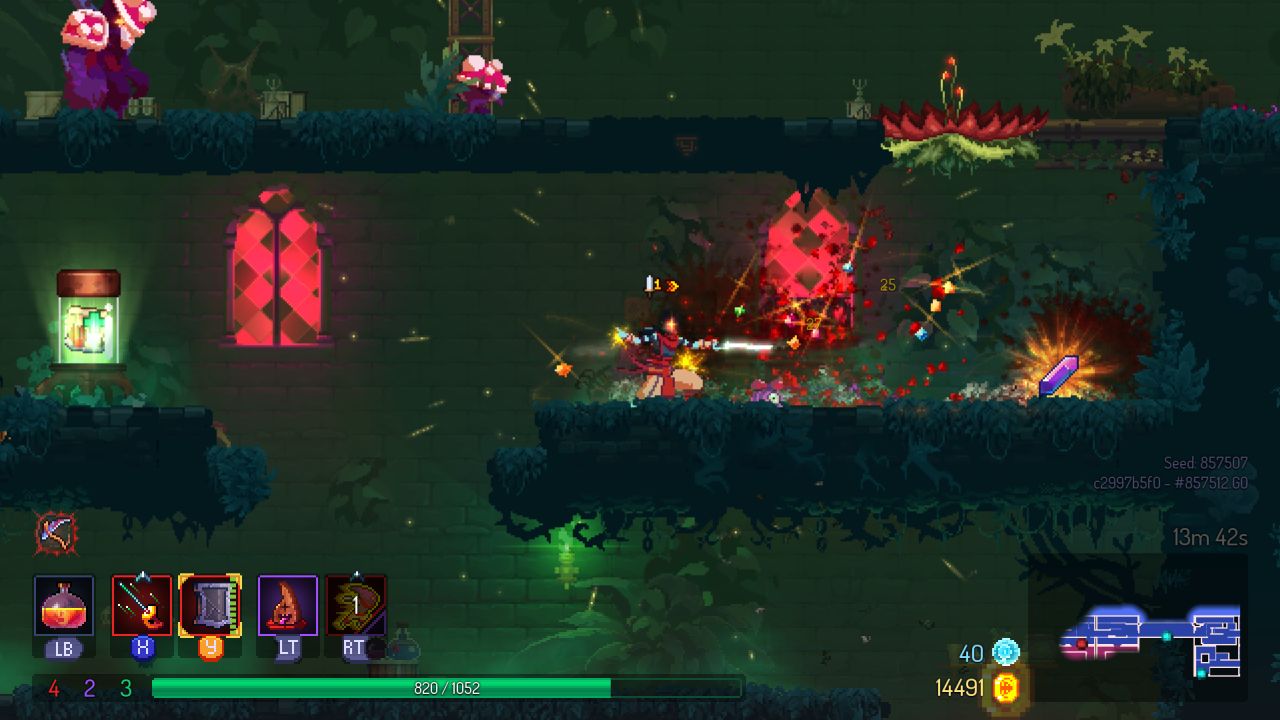 For my money, asking for $5 after a year's worth of free updates seems far from extortionate. I'd be surprised to see players turn on their Evil overlords, although I can see why Filby is weary of how shifting Dead Cells' development to his new company might bring extra scrutiny. Charging for DLC is more than justifiable, but it's still a risk.

"We'll find a way to make it so people are happy and feel like we're offering value, and that they're getting out of it what they consider to be their side of the bargain," Filby told me.

"We're quietly shitting ourselves about it," he added, chuckling.