1994's Descent was a game before its time. While other FPS's of the era were only beginning to ask people to aim with the mouse, Descent demanded full 360-degree rotation and strafing on every axis. Perhaps now the time is right, as the original developers have reassembled as Revival Productions to deliver Overload, a true return to form for the free-flying shooter. It's out today, and having played a preview build to death this past week, I can confirm that this one is very good indeed.

If you've never played Descent, imagine Doom but without gravity. An old-school FPS, but you control a small one-man spaceship navigating massive underground mining facilities, fighting rogue robots, and Overload is more of that, right down to some coy nods to Descent's story. As you're fighting robots, the lack of blood and gore is more than made up for by constant explosions, as combat seldom lets up and almost every enemy pops in a messy cloud of fire, smoke and metal shards.

It's a lovely game to look at. While the environments themselves are chunky in their geometry, the lighting effects are stonking, especially the screen-space reflections off the many metallic surfaces. If you've got the GPU for it, it can look stunning, but it scales down to older machines nicely. It's plenty nice to listen too as well, with the composers from Descents 1, 2 & 3 all returning and delivering a banger of a soundtrack.

While the levels are better designed and easier to navigate than in the original Descent, with a much better sense of place and direction, you can deploy a holographic guide to lead you to the next objective in the level. It's especially helpful in finding the emergency exit once the reactor does go critical, and you find yourself with 30 seconds before everything explodes. 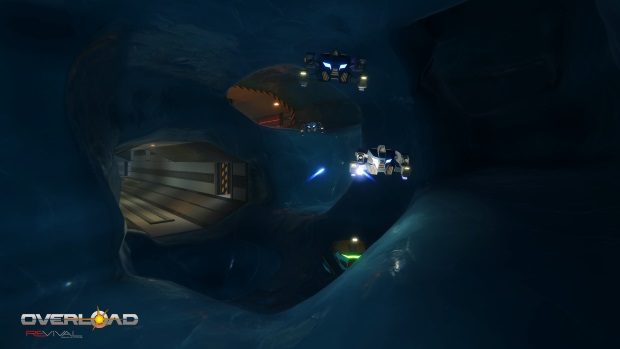 Overloads's biggest deviation from Descent is a weapon upgrade system. Upgrade points (often hidden in secret areas, giving you plenty of reason to explore thoroughly), can be spent between missions to buff up weapons or ship systems. The rarer Super Upgrade Points allow you to upgrade further, but force you to pick a specialisation. Do you want a heavier shotgun with more knockback, or a fully automatic one with a tighter cone of fire? It's a permanent choice, too, and you're unlikely to max out everything.

Overload even managed to surprise with its length. While there are only 15 levels, they're large and dense with secrets, and the New Game+ mode unlocked upon completion lets you run through the game again with your complete and upgraded arsenal, but pitted against much denser and more advanced enemy forces. A great excuse to go through the entire game a second time. Plus, the dozen deathmatch levels play double duty in the horde/survival-styled Challenge Mode. 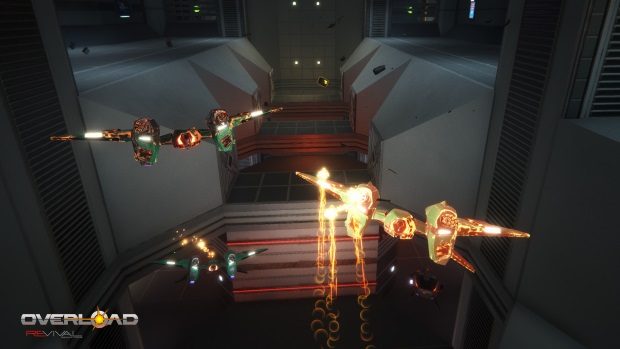 Revival have promised that they will be releasing the level editor for the game eventually, and I cannot wait to see what the community produce with it, as Overload's broad range of enemy and environment types have plenty more mileage left in them, especially those introduced in the final act. This is already one of the most enjoyable shooters I've played in a long time, and it may remain so for a good while yet, given half a chance and some dedicated mappers.