In the run-up to yesterday's launch of Destiny 2: Beyond Light, many players were excited for the return of familiar people and places. Will Randal the Vandal be up to his old tricks? Will the Exo Stranger say what she said six years ago? But Destiny 1 wasn't on PC so I didn't play it, and I feel like I've turned up to someone else's school reunion. Everyone's stoked to crack open a couple engrams with the lads in the Loot Cave and reminisce, while I'm stuck in an awkward conversation with some big fella who chatters and clicks like a happy budgie.

Beyond Light has brought back a lot of the past, giving us two new (old) allies: the Exo Stranger and Variks. The Exo Stranger popped up across Destiny's original campaign with daft cryptic chat like "I don't have time to explain why I don't have time to explain", while Variks was the warden at the Prison of Elders and oversaw D1's survival mode. The free update launched alongside the expansion also added the Cosmodrome, the first game's starter area. That's a whole lot of memories if you played the first Destiny. Or very few if you didn't because it wasn't on PC.

It's a funny thing to me, all this chat. I've seen so many people stoked to find Randal the Vandal is back in Destiny 2's Cosmodrome, when as far as I can tell he's a trash mob beefed up a bit. And people have been thrilled by the idea that the Exo Stranger might give us the other side of a conversation overheard six years ago. Then there's Variks, who I know mostly because a broken robot orb wonked out and thought it was him, telling me to "Dismantle mines, yes?" And my god, the buzz around the mythical loot cave, which I think was a spot popular for farming by shooting into a respawn point because... maybe there wasn't much else to do? I don't know. 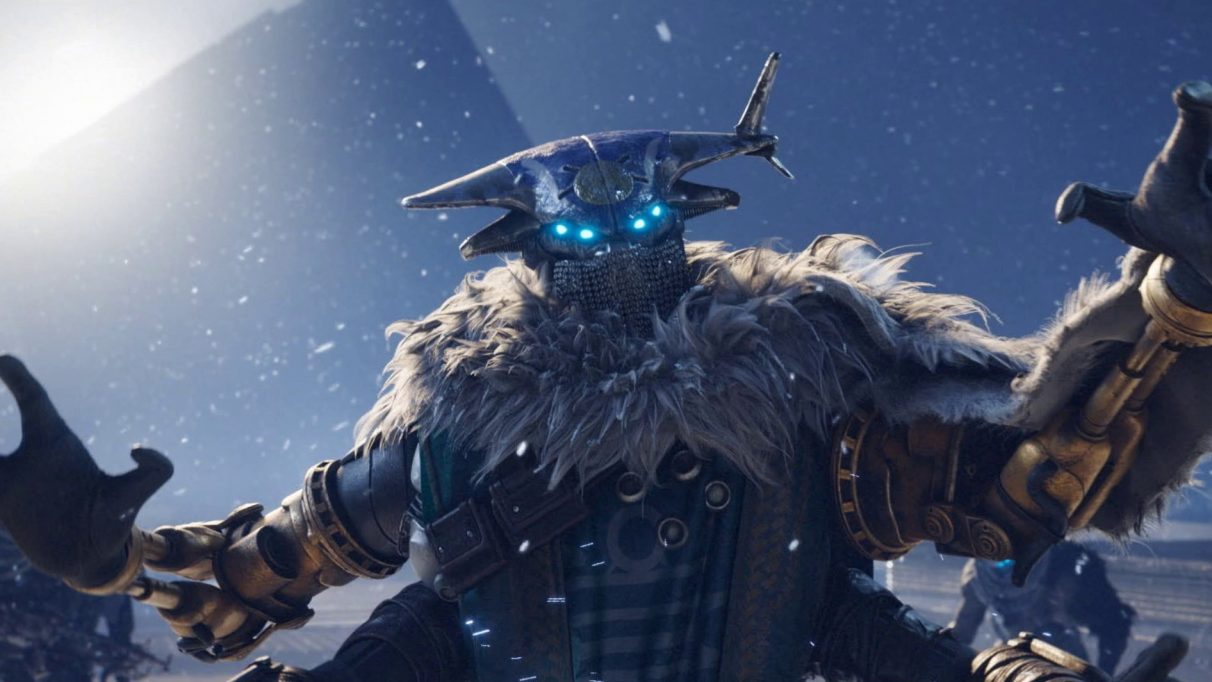 I've picked up a lot of it while playing Destiny 2, of course. I heard the theories about the Exo Stranger's identity. I know Variks was behind the prison break that saw our mate Cayde killed. And I've heard all about the Loot Cave. But it is like being the awkward plus-one at someone else's reunion, surrounded by people so excited by a shared history which I've kinda heard stories from but feel no connection to.

My date dragged me over to meet Variks, saying I'm going to love him, then they ran off to talk to their old geography teacher and Variks just shrugged "Sorry about your pal, whoops" and started chattering to himself. Rude. But then I feel rude expecting the Exo Stranger to say the phrases I'm told everyone knew her for, waiting patiently with a big smile and trying to cue her in by asking questions whose answers would certainly take some explaining. She's trapped in a time loop she thought she escaped when she moved to York. I think I visited Randal, or at least it was someone who knocked me out with two hits. And I did visit the Loot Cave, the site of many a farming sesh or so I'm told, at the urging of some absolute bloody legend who kept shouting "KICK-ONS AT THE LOOT CAVE, LADS!" It was a dingy hole with a couple crushed Tennent's cans, a spooky easter egg, and a reek of piss.

I am very happy for everyone revisiting old memories. I hope you have a wonderful time. I am very keen to meet your old friends and hope I come to like them as much as you do. But no matter how much the lad who sat next to you in maths insists, I will not go up to your former headmaster and call him the nickname that was only shut by a zero-tolerance policy enforced with detentions.

I fully relate to how Crow, the new spacewizard who was Uldren Sov in a former life, will likely feel when he returns with Season Of The Hunt. He's only recently woken up from his slab with no memories, yet folks will be hurling abuse, slapping him with expired ramen coupons, and saying the strangest things about a chicken. I feel you, pal.