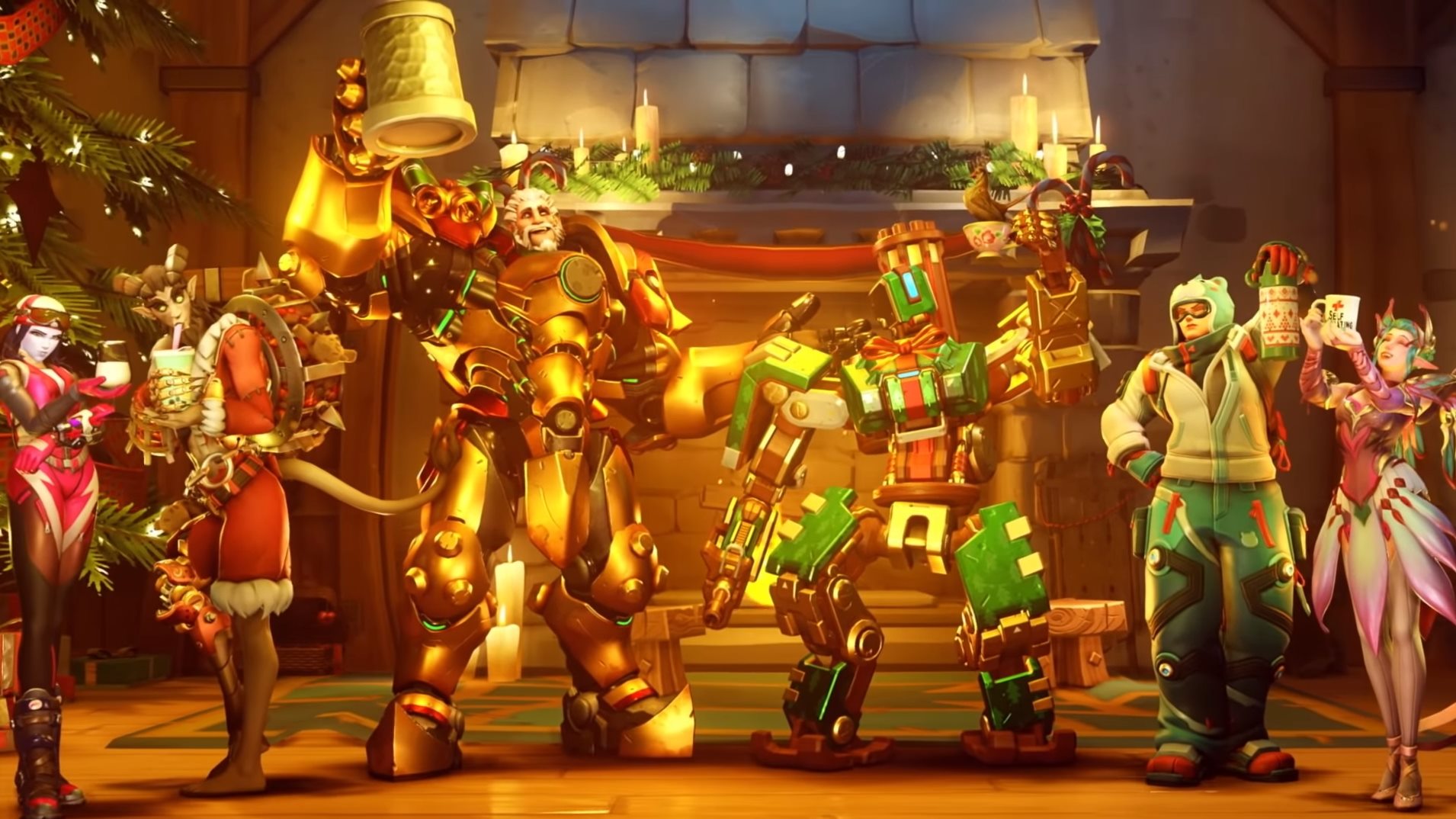 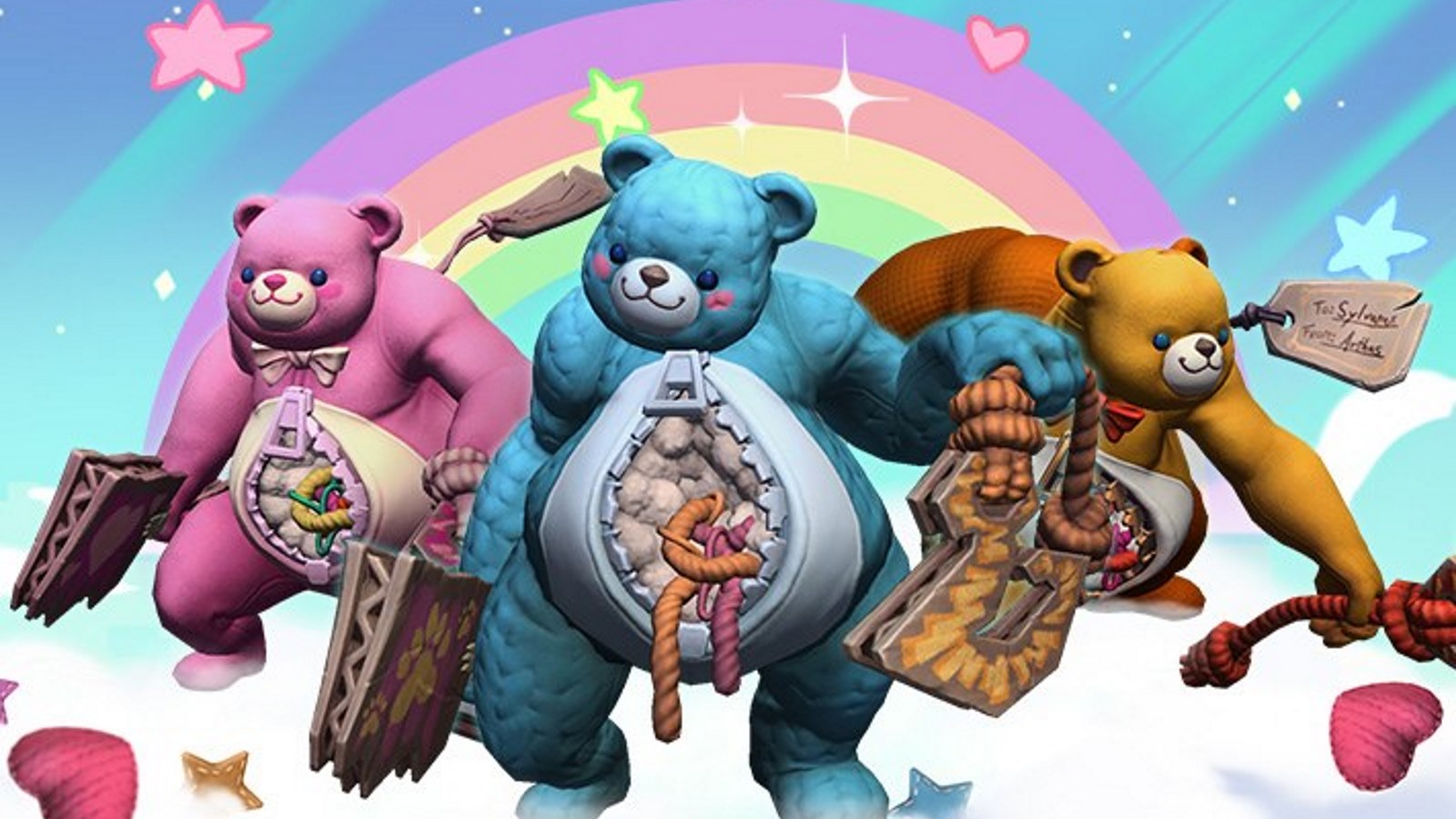 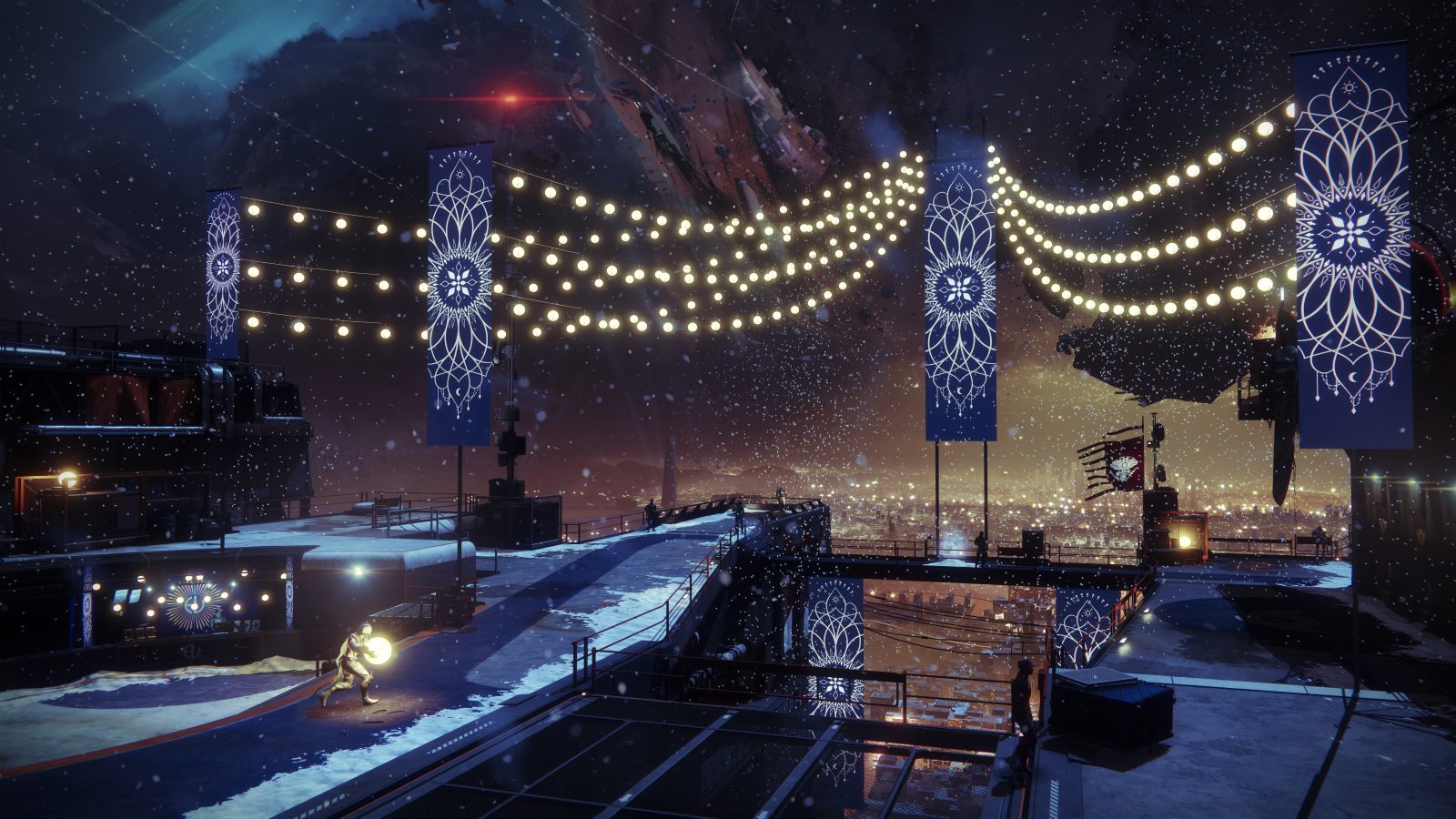 They must have been shipping eggnog, mistletoe, tinsel and other festive goodies to the Blizzard store in bulk, as they're kicking off seasonal events in multiple games today. Team FPS Overwatch and crossover MOBA Heroes Of The Storm are getting especially daft for the season, while Bungie are playing it a little more straight in shoot n' looter Destiny 2. Not that they haven't found time to dress up the occasional Ghost as a snowman, or assemble a small fleet of sleigh-styled hoverbikes. Check out some of the trailers jingling their bells around below.

Over in Overwatch-land, their returning Winter Wonderland event is, for most people, an excuse to gush over an adorable new set of costumes and emotes for the characters. And for a few particularly thirsty folks on Twitter to ogle Junkrat's posterior - his trunk seems to be packing significantly more junk(rat) in his holiday victory emote. For those who actually play Overwatch for the shooting, the Yeti Hunt brawl is back, pitting a squad of merciless murder-Meis against a lone Winston. The Mei's Snowball Offensive brawl returns too, limiting the violence solely to Mei-on-Mei carnage. This event runs until January 2nd.

Destiny 2 is back on its usual holiday event, The Dawning. I've heard rumblings that the servers are buckling a bit under the strain of the holiday crowd, which is probably a good sign for an online game. There's a baking contest on in town to bring festive cheer to the embattled Guardians. Gather ingredients out in combat, bring them back to Eva Levante in the tower and she'll bake up some cookies. Deliver them to NPCs around the solar system and maybe get some fancy rewards, including the Avalanche Heavy Machinegun.

As you bake cookies you'll gradually get closer to unlocking the holiday Sparrow hoverbike, which for the duration of the event will drop presents of Glimmer (money!) for other players to open whenever it boosts or lands tricks. Engram drop rates have been doubled too, which is nice, and no duplicate holiday items will be in them, so you can grind to catch 'em all. The Dawning ends on January 1st. 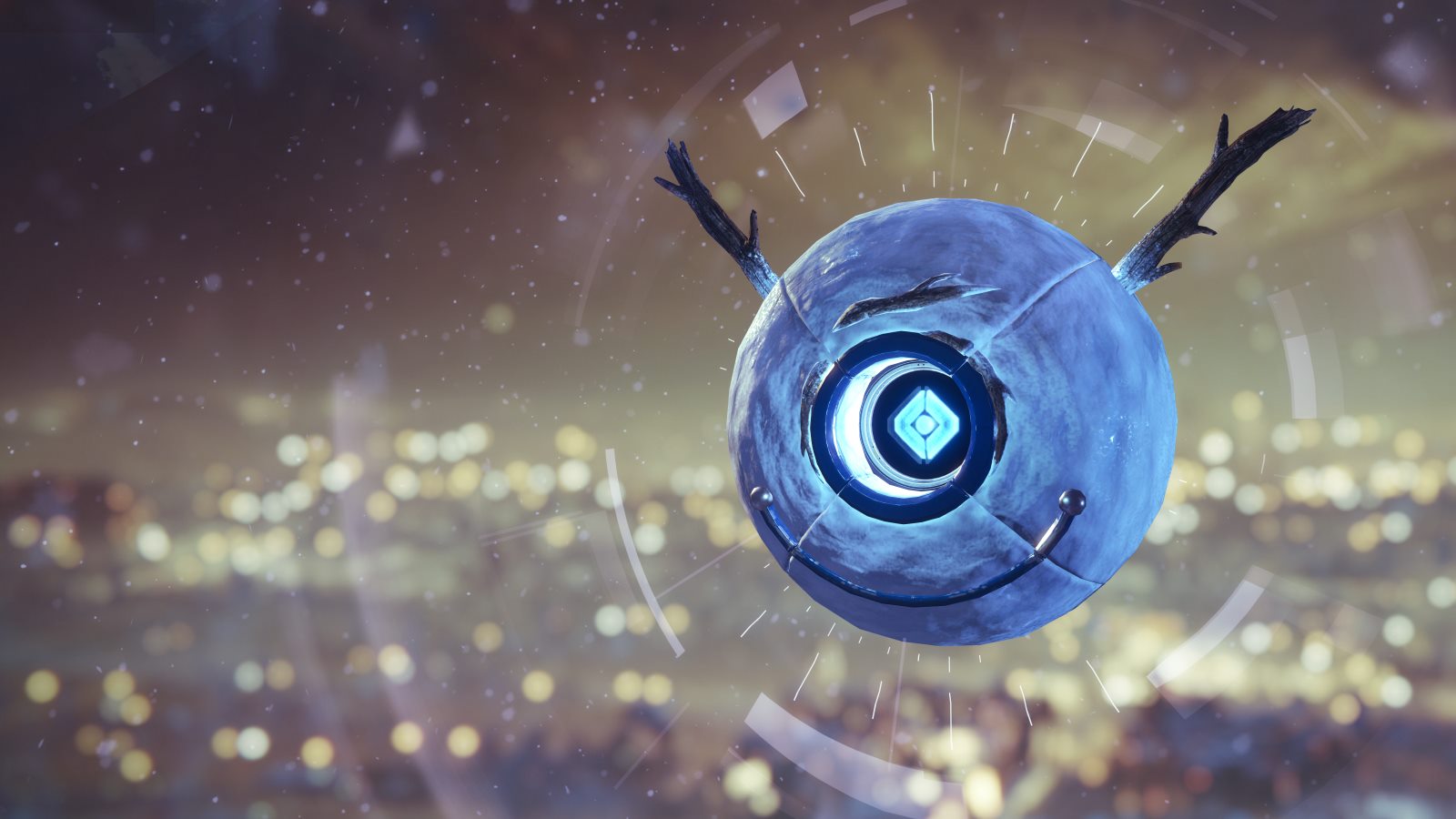 Back in Blizzard-land, Heroes Of The Storm is embracing wanton holiday capitalism by dressing everything up as cheaply produced (but expensively sold) plastic toys in a set of new skins. Stitches's disembowelled teddy bear skin is rather good, I must admit. Goofy plastic dinosaur Dehaka isn't quite committed enough to the aesthetic though, in my opinion. There's a bit of metagame to this event too, with every round of daily challenges giving you a roll of the dice on a board game. Clear the board and you earn the little kid as a new announcer - very cute. The toys go back in the box on January 7th.

All three of these festive dress-up events are live. You can read about Overwatch's here, Destiny 2's here and Heroes Of The Storm's here.