As any good Guardian knows, Destiny 2 isn't just a jargon-filled sci-fi loot 'em up. It's just as much, if not more so, a far-future fashion show. But in a game about constantly trading out new gear, keeping a fresh look has always felt a little contentious. This week, Bungie revealed that Year 4 will introduce a transmog system to help you store your favourite spacefaring looks, alongside plans to lessen Eververse's role in the Tower's fashion scene.

In this week's This Week At Bungie rundown, Luke Smith announced plans to mix up the way Destiny handles rewards. Right now, the team feel the balance of routes to acquiring new gear is "not where we want it", with too few reasons to get out into the world and try new things.

Starting with Season 12, each new season will now bring at least one new armour pursuit for raids, trials and strikes, something Smith reckons hasn't been done consistently. To keep from stepping on their toes, the real-money Eververse store will no longer sell ships, ghost shells, sparrows, or armour ornaments visually styled after these rewards.

Outside of high-level activities, Gambit, Stikes and the Crucible will get new sets annually starting with Destiny's next expansion. These will share geometry, but feature distinct shaders for each activity. Bungie also plan to add new pursuit weapons seasonably, with activity-specific Legendary ornaments. 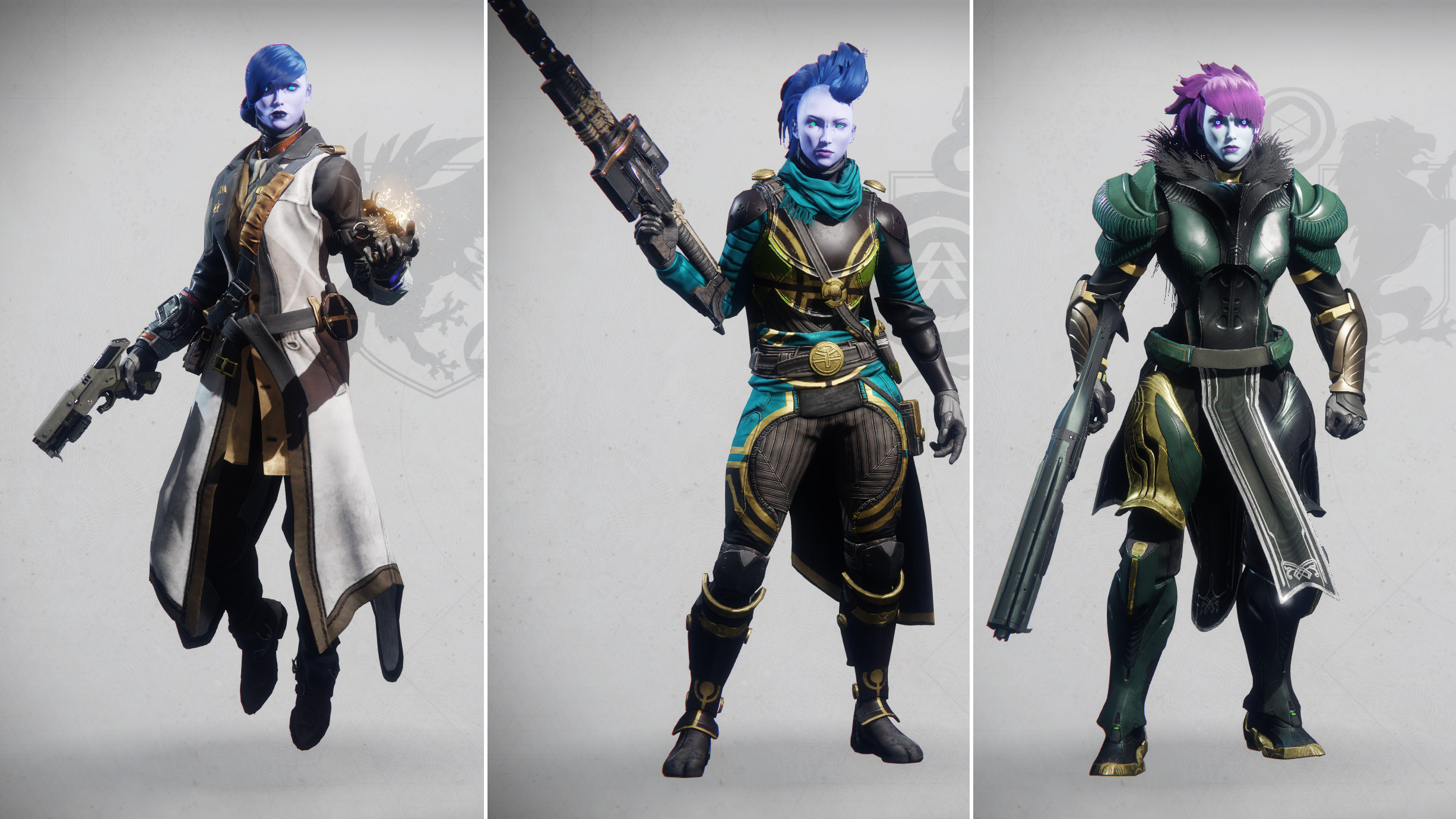 But new armour and new looks mean nothing if you can't flaunt 'em. To that end, Bungie also plan to introduce a transmog system to Destiny 2 in Year 4.

See, right now, much of Destiny 2's fashion game is accomplished via Infusion. If you enjoy how a gun feels, the stat bonuses of a certain armour piece, or just vibe with the look, you can plug in more powerful gear to bring the item up to speed. But over time, it's become an increasingly costly process - resource-intensive, sure, but also in how levelling up one piece of gear removes you from Destiny's core gear-hunting loop.

That's where transmog comes in. Transmogrification is, at this point, a pretty standard MMO thing. If you love the stats on your fantasy sword or helmet but find it's not really vibing with your look, you can pay to have its appearance swapped out for something more appealing. Frankly, this is where all my gold went in World Of Warcraft, as I amassed a growing wardrobe of adventuring outfits, wizardly robes and villainous NPC-inspired looks.

Bungie's current idea of transmog in Destiny 2 works by turning armour into Universal Ornaments, either through "in-game effort" or Silver, effectively storing their appearance to be used on any future drops. Bungie stress the feature is still very early in development but should land sometime during Year 4. I put a load of effort into dressing up my Hunter back at launch - and if this means I can keep my look without faffing about with Infusion, I'll be one chuffed Guardian.

Elsewhere, Bungie are upping the rate of Bright Dust acquisition, making those gains account-wide in service of folks who only play one character. Bright Engrams have also been brought a bit more up-to-date, and will now sell Year 3 Eververse cosmetics.