A revered weapon returned in a big Destiny 2 update last night, the honking great hand cannon of legend, The Last Word. It may be the fancy headline feature, and quietly nudge parts of the story along too, but the update's also notable for a huge number of balance tweaks. Some abilities are toned down, some powered up, and some somehow made even worse, while entire classes of weapons have become more useful. Whichever class you play and however, you'll want to flick through the patch notes to see what's different.

The Last Word is known within Destiny for being a monster in the first game, though as the first game didn't come to PC I only know it through the lorelogs where a frustrating amount of Destiny's plot is hidden. In short, a big hero used this revolver to hunt naughty men, and we're getting to play with it too.

First we must complete The Draw, a quest chain involving grinding through various PvE and PvP challenges. I banged those out in an evening, and it's capped with a short but sweet new mission set in a place that's been woefully under-used so far. Visit the Drifter to start the quest. And you'll need the season pass, obvs.

It's a curious gun, a short-range and fast-firing revolver you can even fan at full-auto, with several perks encouraging firing from the hip rather down the sights. PvP modes are where it's clearly supposed to live, occupying a mid-range between shotguns and bangier hand cannons, though I've not played with mine enough to have a sense of how good it is yet (and I hear it handles very differently on consoles and PC?). I can tell you matches will not go as well as Bungie's video makes out.

In terms of balance, I'm still not sure how it all shakes out in PvE or PvP. Golden Gun gets a huge damage boost against bosses, Blade Barrage is more consistent but weaker, Nova Bomb gets boosted, Nova Warp gets whacked, and all other supers get touches. Auto rifles, scout rifles, and rapid-fire sniper rifles deal more damage, Telesto is less monstrous in PvP, and... many things. Yet somehow One-Eyed Mask is still untouched - for now.

A few nice little touches are in too. The quest to get the mega-rad Whisper Of The Worm exotic sniper rifle is now available every day and through every Lost Oasis event, making it less elusive. Now the mystery has lifted a little, I'm glad more people will get to see one of the most interesting places in the game. Plus, Ballistics Logs to trade with Ada-1 aren't wiped every week. And, most importantly, the knife flip emote now loops endlessly.

See update 2.1.4 patch notes for more on everything. Bungie explained more of their reasoning behind some changes in a recent dev blog.

I'm still curious to see what might happen to Destiny 2 now Bungie have split up with Activision to self-publish. Bungie are quietly drawing out several story threads, both with The Dreaming City and the Drifter, ahead of the next season of the annual pass but they're still not saying quite what will be in that content blast. Assuming they don't keep hiding developments in lorelogs and hidden areas many players will miss.

Oh! Do stop by the Eververse store to splash a little Bright Dust (I had more than enough just from playing) on Tess's new The Last Word ornament. It makes the gun about four metres long, which is great. Not that the original (the one on the left) is small either. 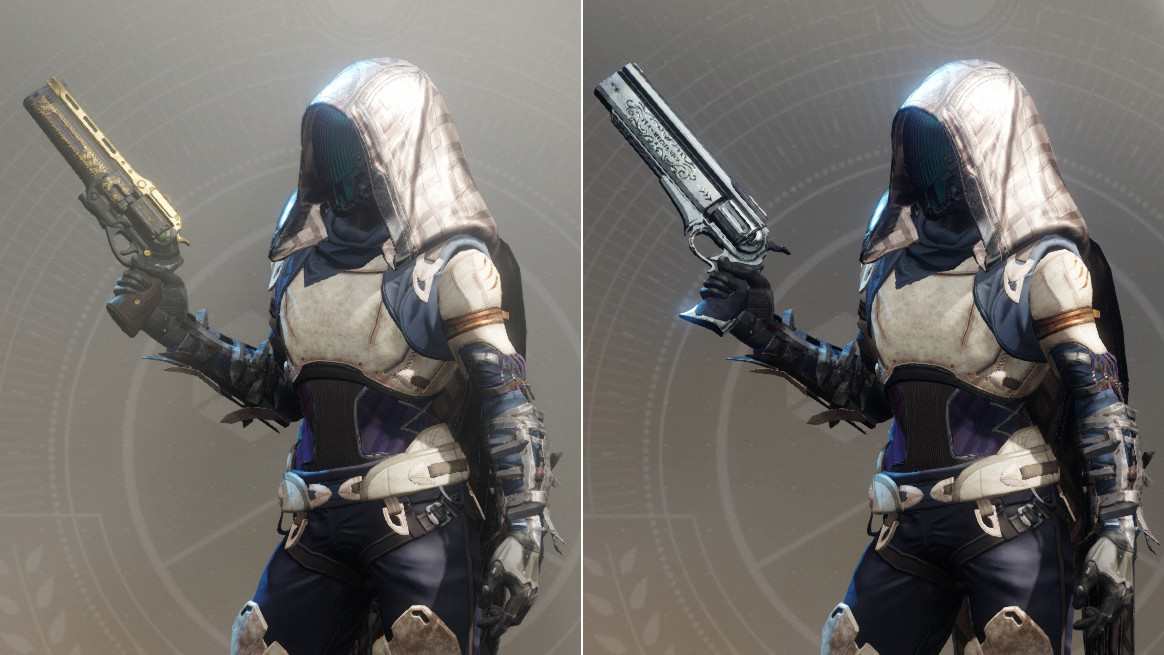 I could put my whole fist through that trigger guard.