It's been a tumultuous time for Destiny 2 lately, what with the XP scaling fracas, free trial launch and more. On top of all of that, the first piece of DLC for it - Curse of Osiris - is due for release on December 5th. As the FPS-with-MMO-gubbins officially moves into its second 'season' of content and updates, Bungie decided to skip out on a pre-launch livestream to promote the Curse of Osiris expansion in favour of sharing a lengthy roadmap blog post, detailing their plans for the next few weeks.

In summary: Bungie giveth grind, and they taketh grind away.

On a less snarkily summarised note, it does sound like they've got some pretty significant changes to the economy of the game set to roll out as staggered updates between now and December 12th, including the option to just buy Legendary-tier equipment direct from faction leaders, reducing the amount of dice-rolling involved in getting the baseline gear you want. Enigmatic trader Xur is also set to offer expensive once-a-week Engrams that provide you with one randomly chosen Exotic item that you haven't already found before, ideal for players wanting to finish off a collection that's missing just a few items.

For those lost deep in the Destiny 2 skinner box, the addition of a new Masterwork tier of weapons must sound like heaven, although for a semi-casual player that would rather not re-roll anything, it sounds like a minor nightmare. An upgrade over existing Legendary class gear, Masterwork items have integrated stat-tracking, as well as an extra perk slot that contains a randomly chosen buff to the weapon, similar to how it worked in the original game. 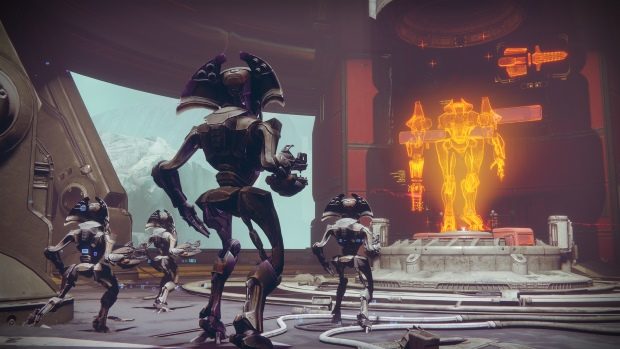 Bungie's plans also include stepping up the reward token payout on many activities, and (as a quality-of-life improvement) have the respective NPC vendors that take these tokens only start blinking on the map once enough have been collected to trade in for an Engram. This change alone will save me from growling at my computer in abject frustration as I find out I'm short by just one token for a weapon after a trip back to town.

They also partially addressed the XP-scaling controversy. After complaints were raised about the system they had previously implemented (where your XP earned scales down sharply if earned too quickly, without this being reflected at all by the UI), they have admitted that some activities are just not paying out as much as they should under their new, more transparent model, and are working on rebalancing payouts.

It's not part of the patch notes, but if you have some variety of Alexa personal assistant device (not me, they weird me out), you can now chatter with your tiny virtual Nolan North in-game via speech recognition. There seem to be some genuinely useful features there, like equipment set swapping, as well as a bunch of less useful questions you can ask, which get fully voiced responses in-game. For those who really can't get enough Destiny 2, there's even a collectors edition Alexa microphone shaped like a Ghost, which I must admit looks kinda cool. 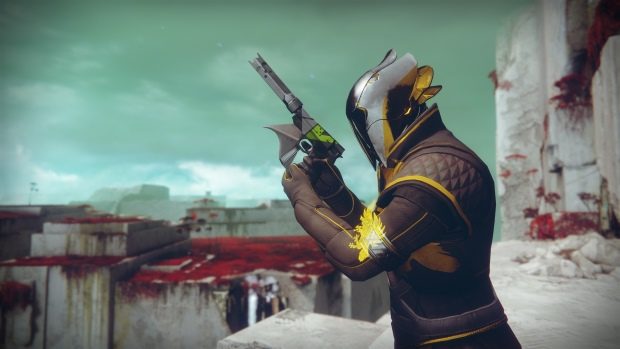 All that, plus the expansion on the way adds up to a pretty big set of changes on the way. Plus, later this December we'll be seeing the first Dawning (Space Christmas) of Destiny 2, which is set to bring merry-making, gift-giving and snowball fights (no, really) to the game. Accompanying this will be the return of the Sparrow Racing League, a Wipeout-esque competitive minigame that I wish was available all year round. For those still deeply committed to Destiny 2, it looks to be an exciting month.