Visual novels have been experiencing a cultural renaissance in recent years as developers continue to challenge genre conventions and tackle themes that AAA titles are hesitant to explore. Last year saw a flood of VNs capture the popular consciousness, but Butterfly Soup, in particular, charmed its way into players’ hearts and shot to the top of critics’ radars. Now there's a sequel in development, due in the summer of 2019, and I've been speaking to developer Brianna Lei about how she hopes to continue the story.

Last October, indie developer Brianna Lei launched her second game, a name-your-price VN about Asian high schoolers, sexuality, and baseball. Come awards season, it had nabbed a Best Visual Novel win from PC Gamer and top spots on several “Best Games of 2017” lists. Next month it’s up for an Excellence in Narrative award at the Independent Games Festival, which secured Lei a place to exhibit at this year’s Game Developer’s Conference. 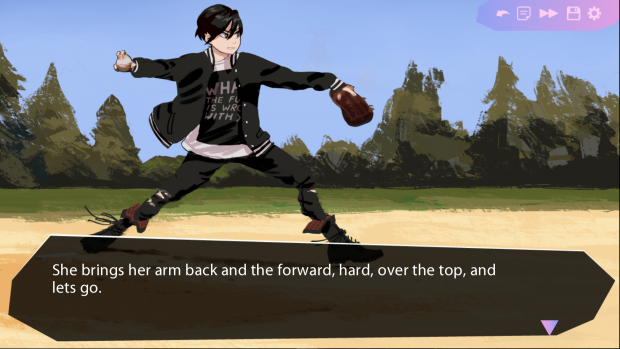 In Butterfly Soup, players take turns controlling the game’s four protagonists both through the game’s present day (set in 2008) and during flashbacks to their shared time in elementary school. Through these sojourns, the player gets a sense of each girl’s personal demons. Diya, a powerful baseball player debilitated by shyness, struggles to understand her attraction to her childhood friend, Min. And while Min returns the feelings, her belligerent nature – a byproduct of constant clashes with her parents’ rigid enforcement of gender roles – makes expressing this difficult.

Getting the two together requires the help of their friends Noelle, an overachiever struggling to bear her parents’ expectations, and Akarsha, who uses memes to mask her ongoing existential crisis. After the four join their school’s newly created (and barely functioning) baseball team, they bond with their fellow players and each other through time on the field and instant messenger chats after school.

The sequel would be a direct continuation of the cast’s high school shenanigans, Lei told me. “I actually originally planned for Butterfly Soup to be much longer, but it got cut in half for scope reasons.” 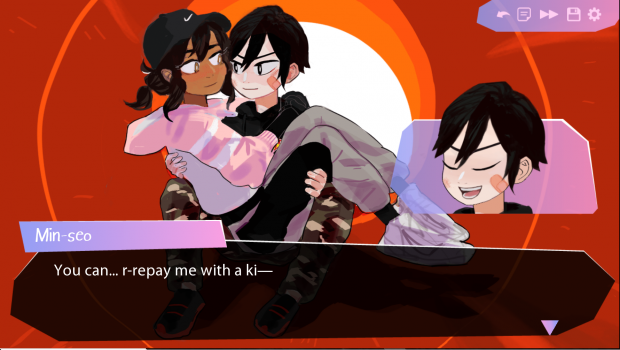 This first draft followed the girls’ adventures through their entire freshman year of high school and would have concluded with the graduation of the baseball team’s captains, who are seniors during the game’s events. And while the team only plays one game besides their initial scrimmage in Butterfly Soup, Lei’s original story spanned multiple matches.

But she quickly hit a wall in development. “Once I started working on it, though, I realized making a game that long in one go would be difficult for someone like me who’d only written short stories before,” Lei said. “What I ended up doing was cutting off Butterfly Soup’s plot in the winter, with the hope that I could tell the rest of the story in the sequel.”

However, choosing to divide the narrative in this way created pitfalls of its own. She had no insurance there would even be enough public interest in her game to warrant another entry, so Butterfly Soup would have to be able to stand on its own as a complete narrative. To do this, she sped up the courting between the game’s main couple. 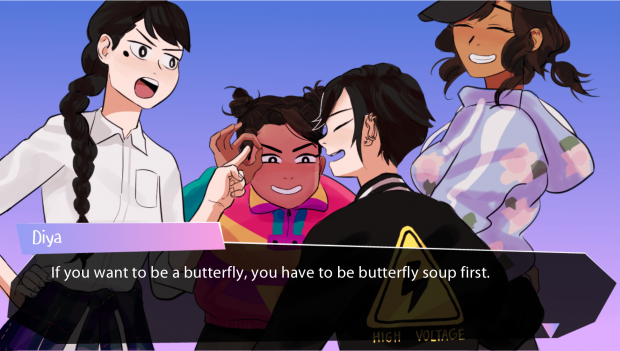 “I originally didn’t have Diya and Min kiss until way later,” Lei said, “but I knew having them kiss at the end of the game would make it feel more complete.” Thus, the two’s climactic date was born.

The other half of the game’s quartet, Akarsha and Noelle, also had an ending of their own that Lei had to shelve for later, and she’s excited to get a chance to explore their relationship further. They aren’t the only character she regrets not being able to give more screen time. Min’s twin brother and the baseball team’s captains, Chryssa and Liz, are just a few of the personalities she hopes players will enjoy getting to know better in the sequel.

“It’s my goal to be able to round out the whole cast properly in the next game,” Lei said. 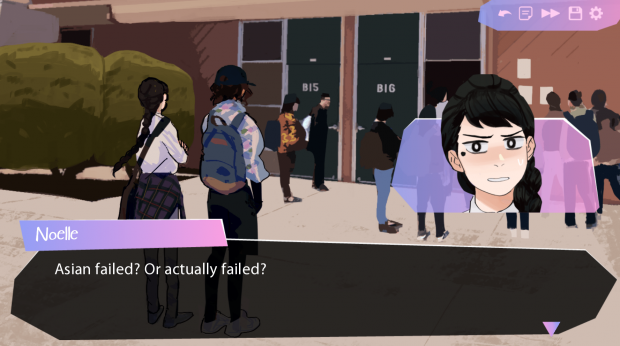 While she’s set the title’s tentative release date for summer of next year, Lei warns that her track record for evaluating development hasn’t been the best to date. Her outlook for Butterfly Soup’s release was off by more than a year, and her estimate of the public’s response fell similarly short.

“I figured some people on Tumblr might like it, but I didn’t expect its reach to be so wide,” she said, explaining that she never expected her funny VN about queer Asians and baseball would have landed her a chance to attend GDC for the first time.

Part of its appeal was its characters, hilariously written and refreshingly diverse, that drew heavy influence from Lei’s own life. The game takes place in Oakland, California in a neighborhood similar to where she grew up, where Asian Americans make up such a large majority that Min doesn’t believe her white friend when he correctly states that they only make up 4% of the total U.S. population. Several of the girls’ in-jokes stemmed from conversations Lei remembers having with her friends, and the end screen displays a wistful message – “I miss high school” – which references this. 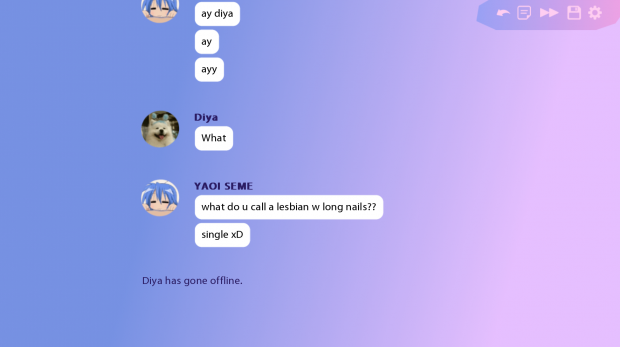 But while pranks, vintage memes, and anime references endear the characters to the player, it’s ultimately Lei’s candid display of growing up Asian American that cements the game’s potency among fans. While the girls’ personalities aren’t defined by this identity, its influence is laced into their high school experience in both subtle and major ways.

For example, Min recounts to the group the racist insults she experienced after moving into a primarily white community, which only fueled her anger. When Diya frets about failing a test, Noelle’s eyes widen as she asks: “Asian failed? Or actually failed?” Most of the girl’s struggle to connect with their parents or meet their high expectations, a common phenomenon among first- and second-generation families. For Diya, this impedes her capacity to understand any non-heterosexual attraction. She must have confused Min for a boy, she tells herself to try to make sense of her feelings. It’s the only outlook she knows.

Players can expect the sequel to further explore issues of cultural and sexual identity that remain underrepresented in the games industry. It will also touch on new topics surrounding gender and race, though Lei was reticent on more details. 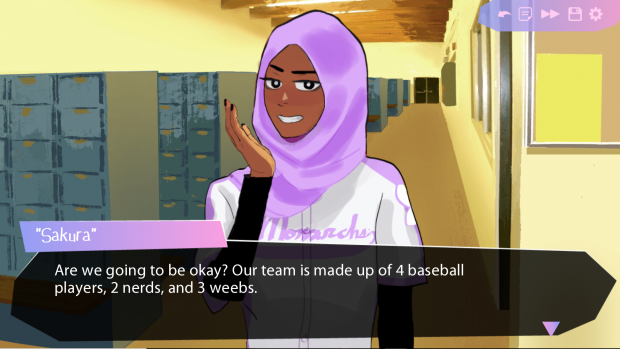 For many visual novel fans, Butterfly Soup was the cherry on top of one of the best years in the genre’s history. The viral popularity of games like Doki Doki Literature Club and Dream Daddy attracted newcomers from all corners of the industry, generating buzz that’s continued into 2018. For Lei, this attention carries with it the hope that players who previously spurned the genre may be warming up to it.

“I hope that with all the popular visual novels [in 2017], they might open their eyes to how broad the medium can be,” she said. “Visual novels can tell all sorts of stories, and I feel like they’re underexplored compared to other formats like traditional novels. Hopefully, it means the genre will grow a lot going forward!”