Hey, RPS. Things are a bit different in this space! My name is Kat, and I’m a writer and academic out of sunny southern California, taking over the Free Games of the Week column from the inimitable Jupiter Hadley. I’m a PhD student, so I love a game that doesn’t overstay its welcome. I teach game design, so I love a game with a solid concept and clean execution to show students. And I love free.

So, as a way to get to know me, here are five of my favourite free games. They’re weird, funny, and waiting for you to play. 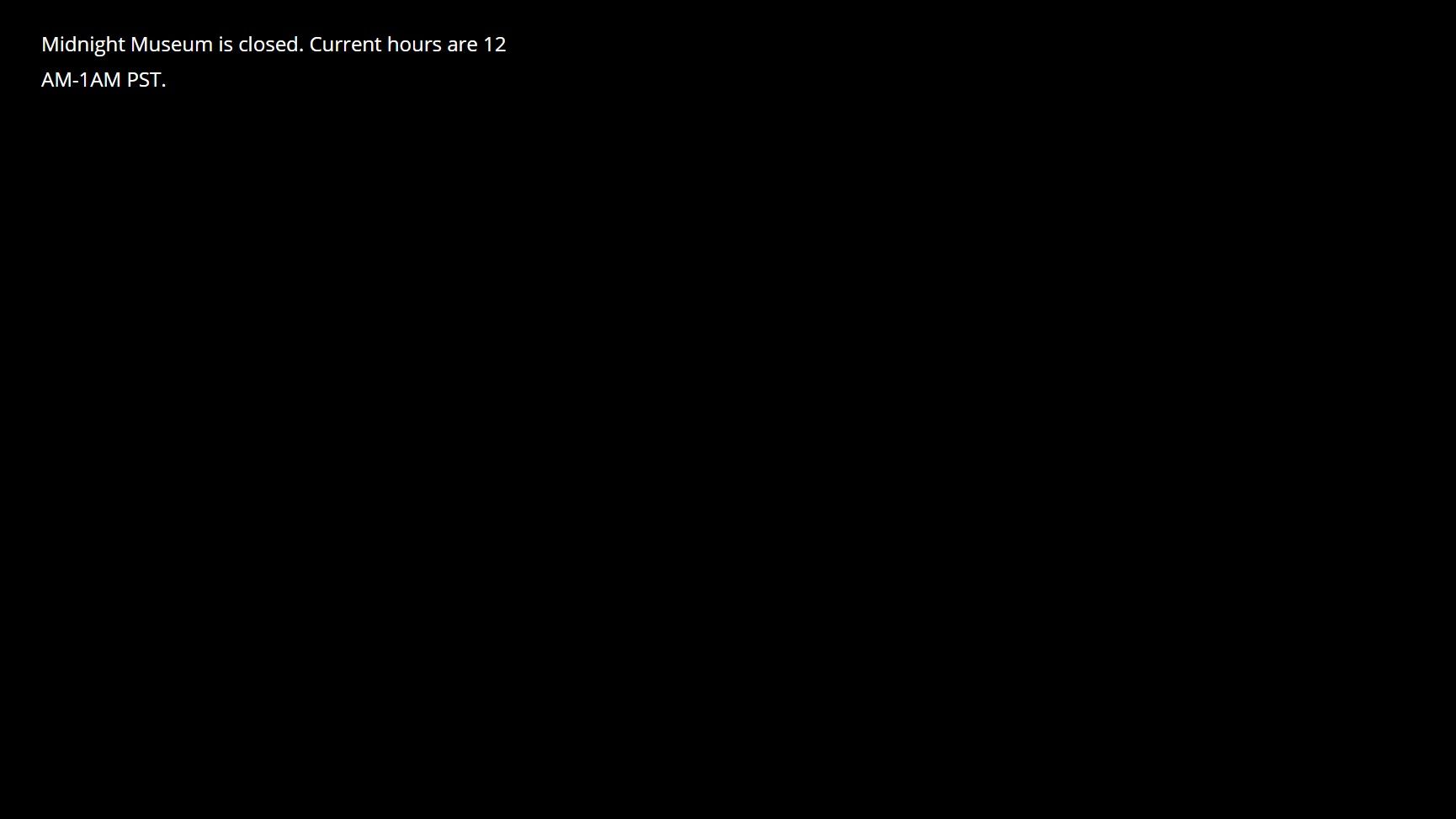 Porpentine is a Twine powerhouse. If you don’t believe me, take a look at the bigass list of her games. Most people here might know Porpentine from her radical free games column on RPS, Live Free Play Hard, or her 2014 game With Those We Love Alive. Those We Love is a game about an artificer for an evil empress, and notably requires the player to draw sigils on their own body when the game asks. It was on this list for a while. But there was something nagging at the back of my head - and that something was Midnight Museum.

Porpentine is known for her visceral and, often, off-putting games. She does not shy away from violence, gore, and body horror. She talks frankly about sex, gender, and aliens. And her games are clever. Midnight Museum allows you to roam the halls of a building which “is a growing living place for night critters…” But, of course, as the title of the game suggests, it is only open from 12AM - 1AM PST. I have a memory of playing it, once, when I was living in a different timezone - wandering the halls, trying to figure out the heart of the space before my time ran out. Ethereal and charming, I think that Midnight Museum is one of Porpentine’s best. Enjoy the exploration, should you catch it open.

Brianna Lei’s 2017 visual novel Butterfly Soup was something of an insta-hit, and may have even cemented itself as a contemporary classic. Following five girls as they navigate coming of age, coming out, and the intricacies of baseball, Butterfly Soup managed to nab a number of awards, including Best Visual Novel from PC Gamer and an exhibition at GDC, after its release. For Lei, the antics of knife-wielding Min-Seo, athletic powerhouse Diya, smarty-pants Noelle, and confident weirdo Akarsha are representative of her own childhood.

The game takes a turn with each protagonist’s point of view, and tackles issues like parental abuse, homophobia, and the lengths one may go to preserve their own happiness. But it’s not all heavy stuff. The writing is smooth and characterful -- I laughed out loud while playing more than once. And it’s heartwarming! As the moral of the game puts it, “Keep trying and eventually, you’ll find people who like you for the weird fuck up that you are.”

If you've played and finished Butterfly Soup already, consider reading Alyse Stanley's interview with its creator, Brianna Lei, about her plans for a sequel.

I first played this game with an alt-control setup at Wild Rumpus in London, which came complete with a powder brush. You can recreate that setup at home if you have the necessary components, or you can attempt to put on your face with a good old fashioned mouse-and-keyboard on itch.io.

(Disclosure: Alice O’Connor, news editor of RPS, is one of the co-organisers of the Rumpus!)

i will never forget you is three minutes long, max, and chronicles the life you spend with a stray dog you take home to love forever and ever until (spoiler) she goes off to college. Sweet, funny, and to the point. This game easily makes it to my top five free games of all time for its brevity, scrappiness, and the sheer amount of love oozing from it like too much spray cheese in the centre of a dog toy.

More interactive novel (novella? essay? paragraph?) than play-for-points-to-win game, it requires little finesse aside from an open heart and willingness to love.

Nina Freeman has become known most recently for her work on Fullbright Studios’ Tacoma, and her semi-autobiographical games, How Do You Do It and Cibele. Before she hit the triple-I indie scene, Freeman was making Twine games and poems.

perishable is a “poem game,” which tells the story of an android girl for hire. As you play, you learn about both the girl and her previous clients. It is a quick game, but touching and beautifully written. perishable is the sort of game which takes the most mature approach to science fiction I’ve seen from a game in awhile - you learn as much from the answers you do not choose as those you do.