Representation matters but the inclusion of more diverse casts of characters is the starting point, not the goal. Too often, characters with identities other than straight, white male are written as caricatures. They no longer represent an individual but instead represent the sum total of their gender, their sexuality, their race. They become tokenistic stand-ins for the complexities of real people.

Inclusion and representation alone can be ineffective or actively unhelpful if not backed up with strong writing and a level of care about characters that goes beyond the basic facts of their identity. It can be a tricky line to walk but Butterfly Soup, by Brianna Lei, is here to show how to do it right.

Butterfly Soup is very much a game about queer Asian girls. And baseball. Diya, arguably its main character among an ensemble cast, is a socially anxious, hard of hearing, Indian-American lesbian. Much of the game hinges on her growing understanding of her sexuality and her feelings for her friend Min-Seo.

But crucially, she and her story are more than that. Diya loves food – especially anything “blue flavour.” She adores dogs and Discovery Channel documentaries. She spends her free time playing baseball and on instant messenger. The game’s narrative discusses everything from sexuality, gender, racism, mental health, and parental abuse to anime, baseball, pranks, puns, and memes.

This is how people are. Every one of us is an amalgam of qualities; large and small, political and personal. They overlap and intertwine. Well-written characters, then, will show the same spectrum of qualities. 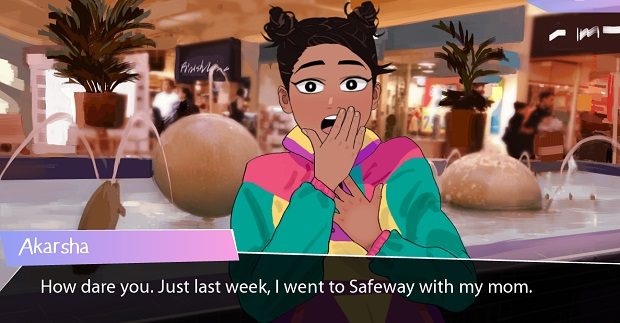 Writing these characters in ways that show they are more than the sum of their identities is not only a more honest depiction of human experience, it also counters some of the overblown accusations of shoehorning diversity into games. Straight characters are never asked to prove their "relevance" to the plot in the same way LGBTQ+ characters are, for example. No justification should be needed for queer characters either; sometimes characters are gay because sometimes people are gay. It's realistic. Where representation can stumble is when a character's identity is centered rather than their personality, role or achievements. A prominent recent example is Mass Effect Andromeda’s Hainly Abrams, who is written in a way that’s both unrealistic and unhelpful to real trans women.

Lei talks about Butterfly Soup being inspired by “the feeling growing up that there wasn’t any media out there made with me in mind.” She mentions that even media that did feature Chinese-Americans like her felt “unrealistic and fake,” and says she aimed to focus on friendships between East and South Asian characters, because those were “a big aspect of [her] daily life.”

And it shows. Diya, Akarsha, Min-Seo, and Noelle often discuss their shared, and differing, experiences as Asian-Americans (Indian, Indian, Korean, and Taiwanese respectively). But they’re also goofy teenagers that are relatable to anyone who was a similar age in the late '00s, regardless of race. They’re deeply supportive of one another, yet mired in teenage awkwardness and hesitant to discuss their feelings and problems. The way they talk and the jokes they crack all demonstrate that Lei is writing from experience, not as someone trying to imagine how adolescents might speak, clouded by an older perspective. 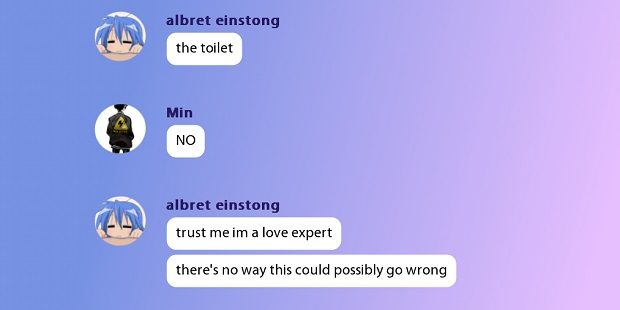 Lei comments that “A few times…I actually thought, 'Is it realistic for that mix of people to be friends?' even though my childhood was literally like that, in real life. It’s crazy how not seeing it in media can mess with your head.” That's one of the key reasons that representation is meaningful - sometimes it's important to see our own truths reflected back at us so that we don't begin to doubt them.

Persisting with complex, multifaceted, and ultimately credible characters and their interactions paid off in making the game as good as it is. The serious topics that too often go under-discussed thanks to the lack of queer women of colour in media come alongside the everyday humour of teenagers who love sport and animals, because that’s how they happen in real life. Each half of the equation is equally important, because people are diverse and varied and much more than the sum of their identities, and characters should be too.