I hate The Outsider. Perhaps that’s too strong a word, but I’ve never liked Dishonored’s meddling god. I’ll explain my stance in some detail below, but before I do that I offer an apology to the large chunk of the Dishonored fanbase who will find my opinions here blasphemous and heretical. But I’ve held my silence for long enough and it’s time to admit it: I really really really really want to kill that equivocating little bastard.

Dishonored 2's Death of the Outsider [official site] standalone expansion should fit my tastes perfectly, and the hour I played of it was fantastic.

Before I get into my gripes about old goth-god, let’s do a brief rollcall of the best things about the mission I played yesterday. 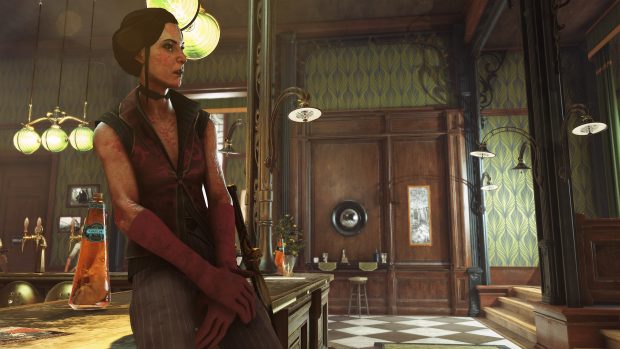 There are all new powers and gadgets, and the best of the former lets you take on the appearance of any other living person. I became a famous opera singer and ran around his (my) mansion, sliding down banisters and leaping across balconies. This caused dismay and confusion among the guards and servants, who kept asking if I was feeling quite alright. Then the power started to fade so I quickly ran into a bathroom and closed the door before the disguise faded. What is better than to kill one’s enemies? To impersonate them and start troubling rumours about erratic behaviour and sudden bouts of urgent toilet business.

I was back in Karnaca for this mission and the class warfare is simmering so close to the surface it’s bubbling out of the pot. Flipping the “Eat the Rich” slogan on its head, Death of the Outsider introduces a subplot in which aristocrats and rich industrialists gather in exclusive clubs and have the extracted blood of victims taken from the city’s underclasses siphoned into their veins. They’re not quite eating the poor, but they’re draining them right down to the last drop and using their blood as a drug. For the narcotic effect to take hold, the blood needs to come from a dying person, someone who is close to the Void, and it supposedly gives visions of that other plane. I, of course, stabbed the blood junkies in the face and neck while they were in a stupor. 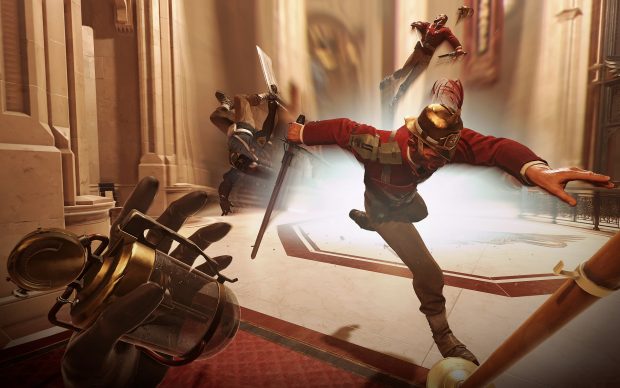 The Foresight ability, which allows you to freeze time and leave your body to scout ahead and tag people and items, would be really useful in some of Dishonored 2’s more sprawling levels. I’m hoping it’ll mean there are some complex structures and streets to explore in the new game, and what I’ve seen is promising in that regard. There’s no sign of the twists on familiar stealth and stabbing that we saw in the likes of The Clockwork Mansion and A Crack In The Slab so far, but Karnaca’s streets are complex and busy. It feels alive.

There’s much more but that can wait until we’ve played much more of the game, so we can see how it holds up as a whole. But I’ll move on to the most promising feature of all and it’s right there in the title. 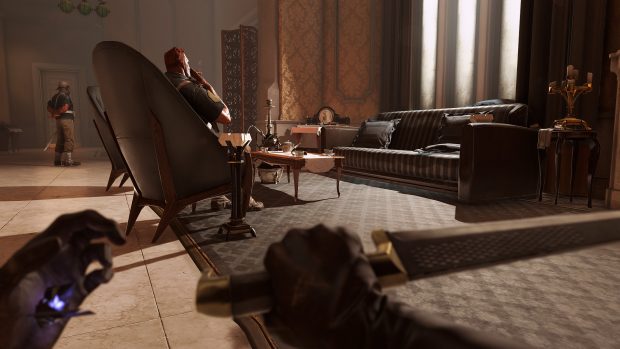 Here’s why I want to kill The Outsider.

Maybe I just don’t like gods very much but this particular one gets under my skin more than most. I find him condescending and smug, acting from a position of what I presume is great power and insight, but sharing only those aspects of that power that cause more pain and chaos than they resolve. Perhaps it’s also that he represents the most fantastical aspects of the Dishonored world, and I find that a distraction from the grungy reality, and messy class conflicts of the game’s urban settings.

He’s wrapped up in all that blood-siphoning horror as well, simply by nature of his attachment to the Void. That’s where he lives, as far as I understand it (and I don’t understand it particularly well at all), and even if he’s not responsible for the nasty ways in which people seek its power, he could at least slap them on the wrists. Instead, he’s poking around inside the minds of our player characters, seeming to cause trouble and strife simply to keep himself interested in human affairs. 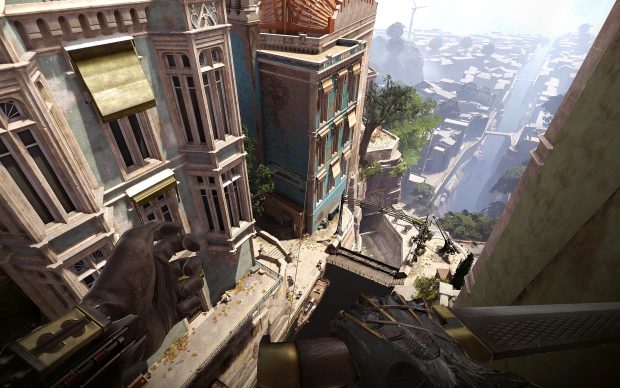 But, really, if I dig down into my feelings, it’s not really personal at all. I think I just want to relive some of those Trickster-killing enemies from Thief: The Dark Project. If there are going to be more chapters in the Dishonored tale, I’d love to see a world thrown out of balance by a proper shift in the powers that be. And if The Outsider has to die for that to happen, then I’m more than happy to do the deed.

Dishonored 2's Death of the Outsider is due for release on September 15th.