Distance's jet-powered flying cars have finally landed, only slightly singed by lasers as the racer escapes early access today. Nearly six years after a successful Kickstarter and almost four in early access, developers Refract have launched version 1.0 of their deathtrap-filled obstacle course - a lethal neon world that pulses to the beat.

Inspired by old arcade racer San Francisco Rush 2049, Distance has more in common with Redlynx's bone-crushing Trials series than a traditional circuit-based racing game. Tracks tend to be linear and frequently checkpointed obstacle courses filled with jumps and very deadly traps. Your car's jet thrusters let you drive freely on walls and ceilings and boost small distances into the air, so it's as much about platforming precision as driving fast. Return trips to any given track will see you racing against the clock, but surviving that first visit is satisfying in itself.

Almost entirely rebuilt for version 1.0, Adventure mode is how the game introduces itself - a story-driven progression of tracks that double as an extended tutorial, demonstrating its systems in turn. It's also a spectacular hybrid of short sci-fi horror story and music video. The initial Adventure isn't long - somewhere between 90 minutes and two hours - but beyond that, there are dozens of standalone tracks made by Refract and their players. For nostalgic fans, there's also a second and far more difficult Adventure that picks up where freeware precursor Nitronic Rush left off.

While you can play Distance entirely solo, there are online leaderboards and ghost replay tracking for competitive sorts. Online (and split-screen) multiplayer is in too with some creative modes like Reverse Tag, where the first player to last three minutes as 'it' wins. even a few skate-park styled maps to be played in Stunt mode, where you're scored on how many flips, twists and spins you can successfully land as you boost through the air off half-pipes. While I've yet to pick up a pair of fancy future-goggles, I've been told the VR mode is rather good, too. 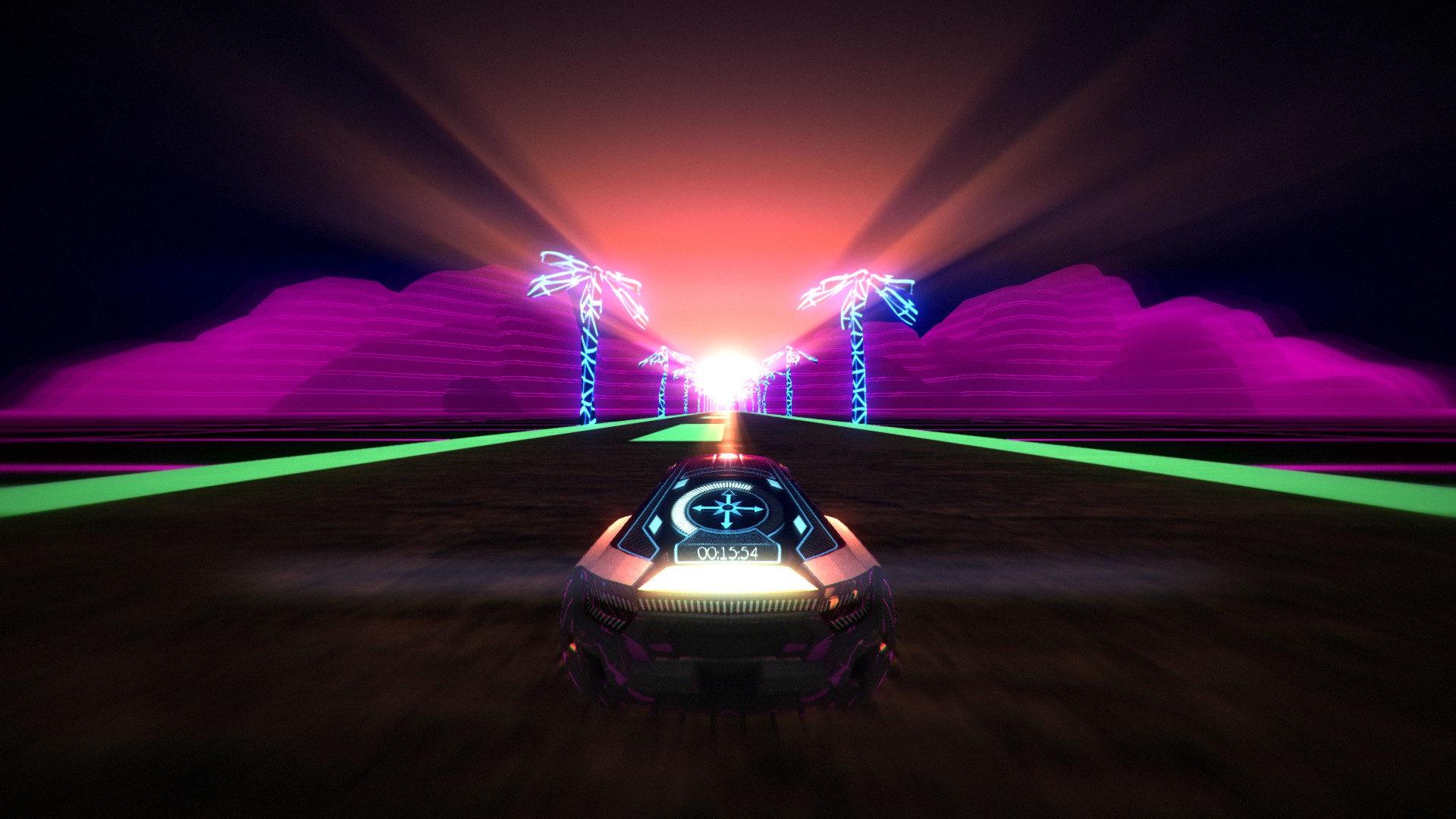 Distance's level editor is an impressive beast. Even as a complete idiot with zero creativity, I found it easy to string together basic tracks full of loops, traps and teleporters. Expert mappers can create some spectacular environments (like the one above) and there are thousands more on the Steam Workshop. If you somehow exhaust all of those, there's a track generator that builds around keywords - type in "scary downhill rainbow spikes" and you'll get just that. I've been playing Distance on and off for years now, and I'm eager to sink many more hours into this new version.