Divinity: Original Sin 2 [official site] is a fantastic game. But if that's not enough, every copy ships with 'The Divinity Engine 2', which provides everyone with access to the same tools that the xevs used to make the original game.

Kevin Van Nerum, a programmer at Larian Studios recently made a handy tutorial video which showed users how to make their first custom level. I talked to him to find out more about what's coming up next in his tutorial series, what it's possible to do within the editor and what some of his own favourite mods are.

RPS: What features have you added to the modding tools since Divinity: Original Sin 1?

Kevin: Where to start... I think the most important feature is the new concept of "Adventures" and "Add-ons" and how it allows for plug-and-play modding. In DOS1, you could create a mod and then make that the main mod for the game after which you needed to start a new game. This would be the case for new stories, but also just for adding a new sword. Enabling multiple mods at the same time also became really difficult that way.

Now, a new game is only required for an "Adventure". This is when someone makes a completely new story, replacing our DOS2 story adventure. Everything that can be treated as an addition to an adventure (ours or your own) is an "Add-on". And these are plug-and-play. Add-ons containing quests, items, classes... can be turned on/off on the fly in an existing game and when enabling multiple add-ons, their content is nicely merged together according to their load order, as people have grown accustomed to from other big modding scenes such as Skyrim or XCOM2.

We've worked on the toolset itself too, of course. The Divinity Engine 2 had a big overhaul. Next to new tools, we updated many of the existing tools with more focus on usability. A good example would be our updated project/level browser that simplifies the creation of projects and levels and provides some basic level templates to start from. We're also putting more focus on documentation this time around by being more descriptive in the toolset, being closer to our community on the forums and by providing a full wiki with both technical documentation as well as step-by-step guides to creating custom content for the different aspects of the game.

RPS: Your first tutorial video shows how to design a level from scratch. Can you tell me what you’ve got planned for the next episode?

Kevin: I certainly can. We've been asked a few times already on how to make custom characters. So in the next episode I'll explain how to use our existing assets to create custom characters/items and how to make those available to GM mode, just like I did with the level from the previous video.

In the early videos we want to keep it simple and use existing content to explain the different aspects of the tools/game. Using our assets to create a new level, character, skill... is often enough to make amazing content! Next to those videos, I'm also brainstorming about 'advanced' tutorials: "Advanced level design and lighting", "Importing custom models"... There's a lot we could go into and the order in which we do that will depend on what problems we see emerge on the forums.

RPS: What makes DOS2 a good place for people who are new to modding to start?

Kevin: Because, barring a rare exception or two (intricate things such as creating completely new races), everything is moddable in the editor itself. We provide the full toolset used in-house for creating the content you see in DOS2, with added support for modding existing content. That also means you get all the existing DOS2 content. All assets and all levels for the existing game can be examined and re-used in custom mods. Especially looking through the existing levels provides a wealth of knowledge on game/level design, scripting...

That being said, I'm not going to pretend this is the easiest toolset out there. It's the in-house tool, so while it is vastly powerful, it can also be lacking in terms of wizards or other stepwise creation helpers. We're happy to have made vast improvements on that front, compared to DOS1. As our first video tutorial showed, level designing is something you start doing rather easily. But the learning curve gets naturally steeper when you try your hand on more intricate things such as scripting your own story, which is why we try our best to provide wiki and video tutorials to ease people in.

Just always keep in mind that this is the tool we use ourselves. Just like the modders now, I also learning by playing around in it. One difference from the first game is that we now have a very active and friendly forum community that can answer a lot of questions. I really want to stress how impressed I am by the enthusiasm and kindness of those people. It's great to see people having enough interest in your game to make custom content, but it's even greater to see those people span together and help each other out by answering questions, creating guides, discussing possible improvements... 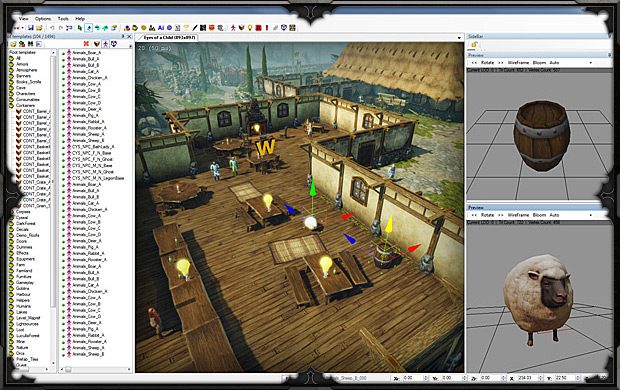 RPS: Is there any scope for the kind of mods we saw with Starcraft 2 a while ago, like the ones that tried to turn it into a CCG or an MMO?

Kevin: Yes and no. Making an MMO would be out of scope. As I said earlier, level design is easy and the learning curve tends to get steeper when changing game systems. While a lot is possible, there are still natural limitations you'll reach when you try to take the CRPG out of our CRPG engine. Multiplayer for example is a good example as our games support up to 4 players and are hosted by one of those players, whereas MMOs need to provide persistent worlds, a drop in/out possibility for every player instead of a player host, large-scale servers...

That doesn't prevent modders, however, from bending the engine rules to their liking. There's vastly more that's possible than one would expect at first glance. Divinityball by Ameranth, for example, is a new adventures that pits you against your multiplayer friends on a football court. Kick a ball around with new kick skills and try to out-score the enemy team. There are also pick-ups that enhance speed, give you a power kick...

I saw Windemere, who created a custom adventure together with Nimue (The Noisy Crypt), is working on making an overworld. By manipulating the camera into a top-down perspective and making a miniature world, he can walk across a world map like in the RPGs of old.

It occurs to me, you could even switch your character to a boat and start sailing the seas of that map. Or you could make those boats available as arena characters with special cannon skills and create a naval battle arena map... I could go on, but let's just say that, given the enthusiasm of the community, I'm inclined to be optimistic about the possibilities. 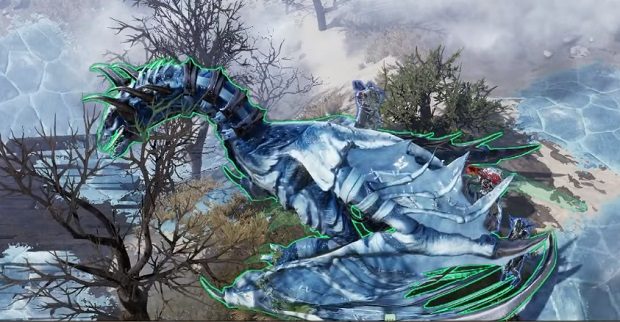 RPS: What’s your favourite thing you’ve seen someone do with the mod tools so far?

Kevin: Oh, that's a difficult one. First of all, I'd have to give honorable mentions to a couple of amazing mods:

Divinityball by Ameranth
For showing that you can indeed go well outside of the regular CRPG bounds.
Crafting Overhaul by Elvasat
For his immense expansion of the crafting system.
The Noisy Crypt by Windemere and Nimue
For showing that custom adventures are very much achievable and can be a lot of fun.
Overlord - Necromancy by Desgun
Tempest Class by Liyalai
Chaos Huntsman by Kelvin
Elemental Warfare by Balkoth
Jars of Arts by Chrscool8

Because each of them, in their own way, show the community's creativity by making custom skills, classes, characters, items...

I also want to thank the countless people who have been providing custom, beautifully designed GM maps and campaigns. But my favourite right now has to be Baardvark's full-fledged Bard class. Back when we could vote for classes during the Kickstarter campaign, I was rooting for the bard class to be chosen. Sadly that wasn't the case, but now I can still play it because of this amazing mod!