I'm in a good place with Dota Underlords. We're long past that initial rush, those halcyon days where layers of the puzzle kept peeling away, one after the other. We're past the rough patch, too, when it seemed like we were over. That long plateau. We're comfortable, now. I can see the path that leads from here, the subtle ways I can improve.

So what if the spark's gone? I've settled for less.

Dota Underlords is an autobattler. That means you're in charge of recruiting a wizard army to fight seven other wizard armies, one at a time, each assembled by another player. They battle automatically, and each time you lose a fight your health trickles down from one hundred. Last general standing wins.

Luck plays a crucial role. You recruit your wizards from a random selection of five, and can pay money to refresh what's up for grabs. Your goal is to level up heroes by collecting copies of them, while also building around alliance bonuses that confer game-changing effects, like buffing friendly damage or lowering enemy armour. You've also got to consider hero stats and abilities, counters, unit positioning, items, and gold management. There are a ridiculous number of variables. It's a hard game to play scientifically. 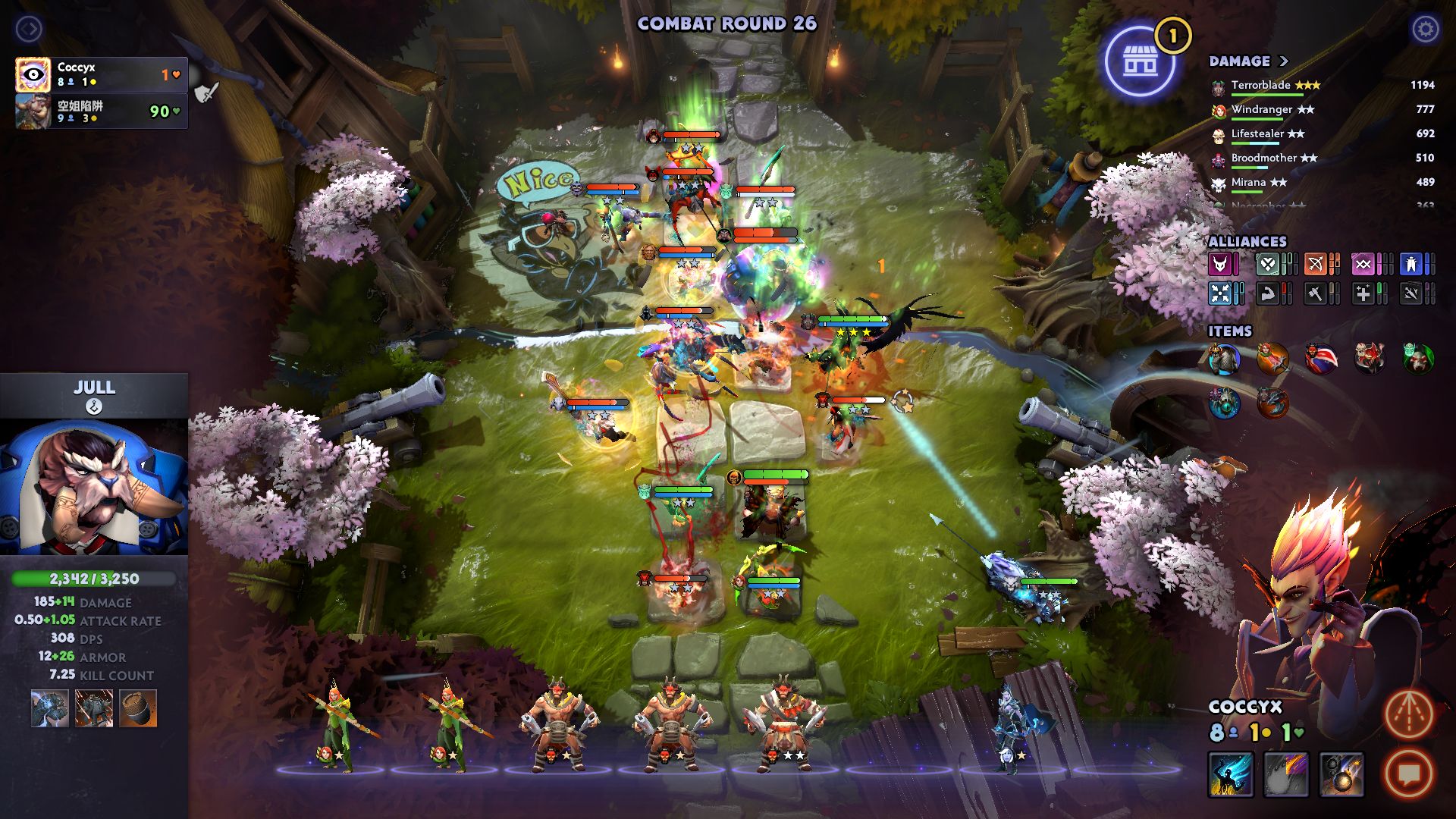 You will get a handle on them, eventually. It helps if you already recognise the heroes from Dota 2, and can look at a sentient slosh of water and immediately know it is an assassin. For the most part, though, Dunderlords is an entity unto itself. Once you've learnt the basics, every decision becomes subtle. Infuriatingly so, sometimes. Should you focus on upgrading that hero, or save your gold for expanding your army? Is that item better on your necromancer, or your time beetle? And where should you put that magic rhino?

One big, welcome change from the beta is that Dunderlords now lends a hand. It suggests which of your purchased heroes to field and where to put them, though there are times when you'll learn to overrule it. You might want to space out your heroes more if your enemy has scary area of effect spells, or plug in a hero from a different, more important alliance. For newcomers, though, that guidance is a merciful inclusion.

That said, the steepness of the learning curve is part of what makes it so satisfying to climb. There's a joy to transforming a twisting mass of potential synergies into something that works. Every now and then it coalesces into these glorious moments where your last hero clicks into place, and you finish off a handful of alliance bonuses. It's like sliding a piece of granite into a receptacle in an ancient tomb. Like you're building something that is meant to be. 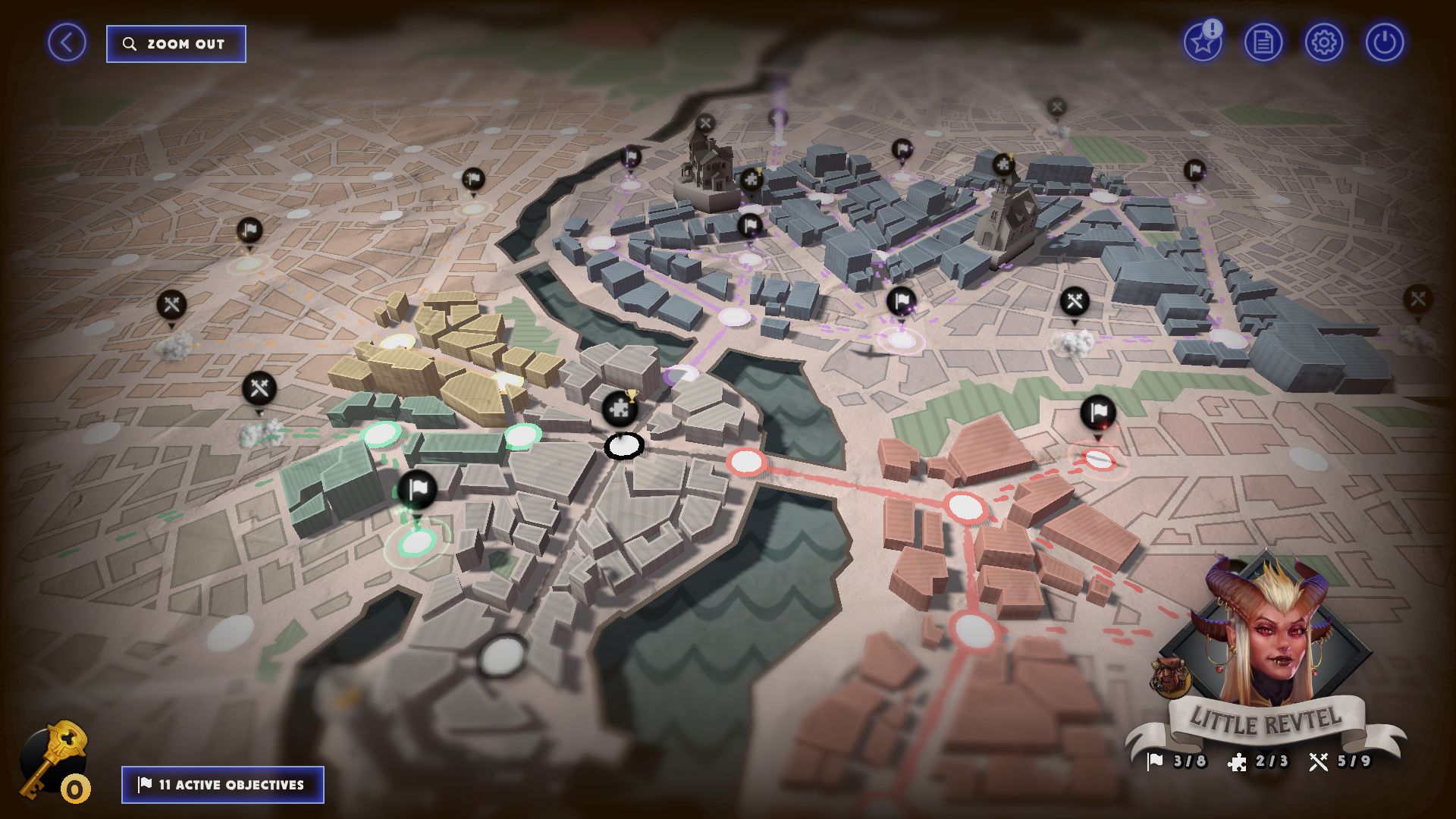 It's interesting how all this translates to the singleplayer puzzles. Multiplayer is still very much Dunderlords' focus, but it now comes with an array of side dishes. They can be found in the City Crawl, which comes with some light plot dusting about various gangs attempting to take over town, and come in a few different flavours. Street fights pit you in best of three matches against an AI, where you start with a gaggle of pre-selected heroes. I can see how they'd benefit new players, teaching them about what works well against specific alliances. For the experienced, though, they're not quite calibrated right. I stomped through every one I played.

The more puzzley puzzles were much better. Here, you're pitted against a team you'd never see in multiplayer, and have to build around severe restrictions. With just four heroes and a limited amount of gold, how do you deal with four Bloodseekers equipped with hugely-damaging Divine Rapiers? What about six spirits armed with Blink Daggers? Questions like that pushed me to experiment, in conditions where I could easily see what worked and why. They taught me how vital positioning can be, where nudging one of my healers one square to the right made the difference between victory and defeat.

You can play a handful of these for free, but you'll need to stump up £4 for a battle pass to play the rest. It's a decent deal, especially if you care about accruing cosmetics, like new boards to fight on or graffiti to paint them with. 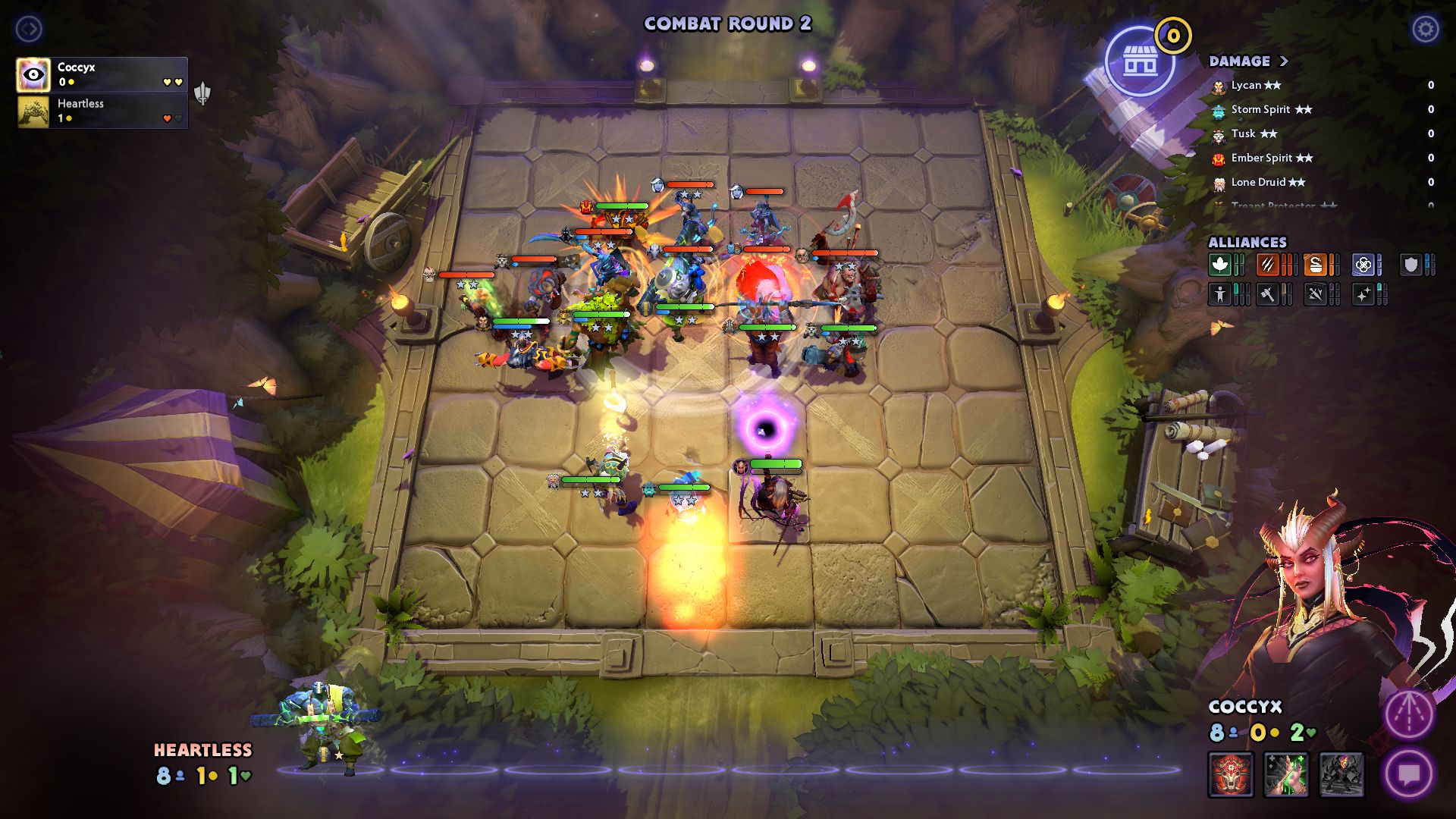 In multiplayer games, inscrutability is still Dunderlords' biggest weakness. I still find myself loosing matches, asking myself what went wrong, and resorting to a bemused shrug. Maybe I should have gone for different alliances. Maybe I should have picked the lizard-riding grandma rather than the old man on a horse. Maybe my positioning was off, or maybe I did everything right and my opponent just got luckier. You can't rule anything out.

Except, like I said, you do reach a point where some of this becomes clearer. Once you get a grasp on the key principles, your mind becomes free to analyse the specifics of your board, and you start coming up with satisfying micro-solutions. I think I won one game by making sure my buffing will o the wisp floated next to my main demonic damage dealer, though of course, I can't be sure.

It helps to take a long view. There is peace in accepting that some games will be duds. Chance is the game's lifeblood, and playing well is about cajoling the odds in your favour rather than overruling them. I can see why that might be off-putting, but if you've played card games like Hearthstone, you're more likely to be comfortable with the bargain. It's close to one you've made before. 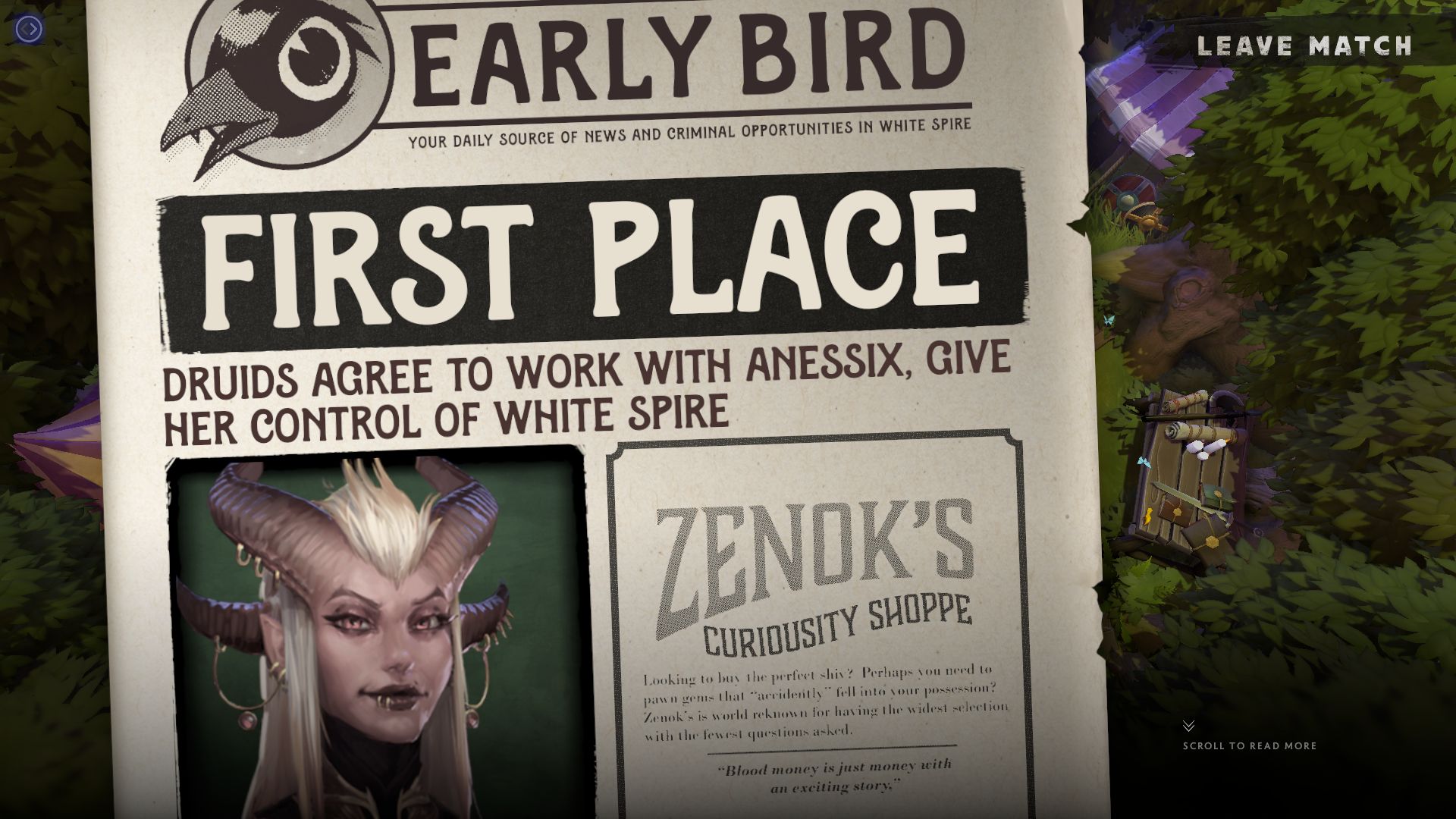 Outside of the City Crawl, Dunderlords mostly feels very similar to how it did in beta. The introduction of actual Underlords to Underlords - four special heroes that you choose between once you reach a certain round - isn't as game-defining as you might think. You pick one, then go back to thinking about the same old stuff. But that's fine. There is already so much to mull over.

I can't say Dunderlords excites me anymore. It's too dynamic to feel dry, but I do find myself in the same situations, and aiming for the same compilations. Playing now is about tweaking well-trodden paths rather than forging new ones, but that's OK.

We’re in a good place, Dunderlords and I. We’re comfortable, though you’d never have caught me using that word when I started.