The Dota Underlords heroes roster is sublimely complex and difficult to wrap your head around even if Valve weren't shaking everything up with massive content updates every week or two. With each hero sporting different alliances, abilities, and basic stats across three different levels, there's an awful lot to bear in mind when forming your army.

Our Dota Underlords heroes guide will walk you through everything you need to know, from our handy Dota Underlords cheat sheet - which contains essential info for newcomers on every single hero in the game - to our descriptions and explanations of some of the strongest heroes in the current meta. 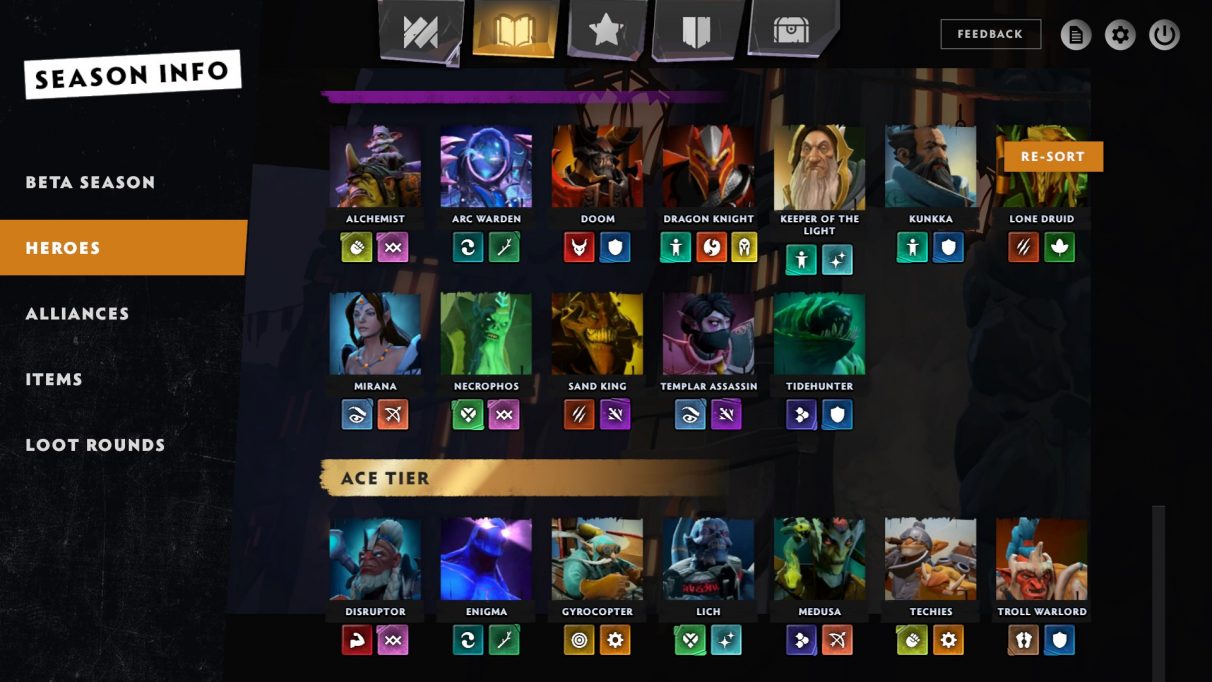 With 60 Dota Underlords heroes to learn inside out if you want a chance at defeating your foes, there's a fair amount to cover with this guide - or there would be, if we hadn't found a way to condense it all down into one handy sheet. Click any of the links below to skip ahead to a particular section. 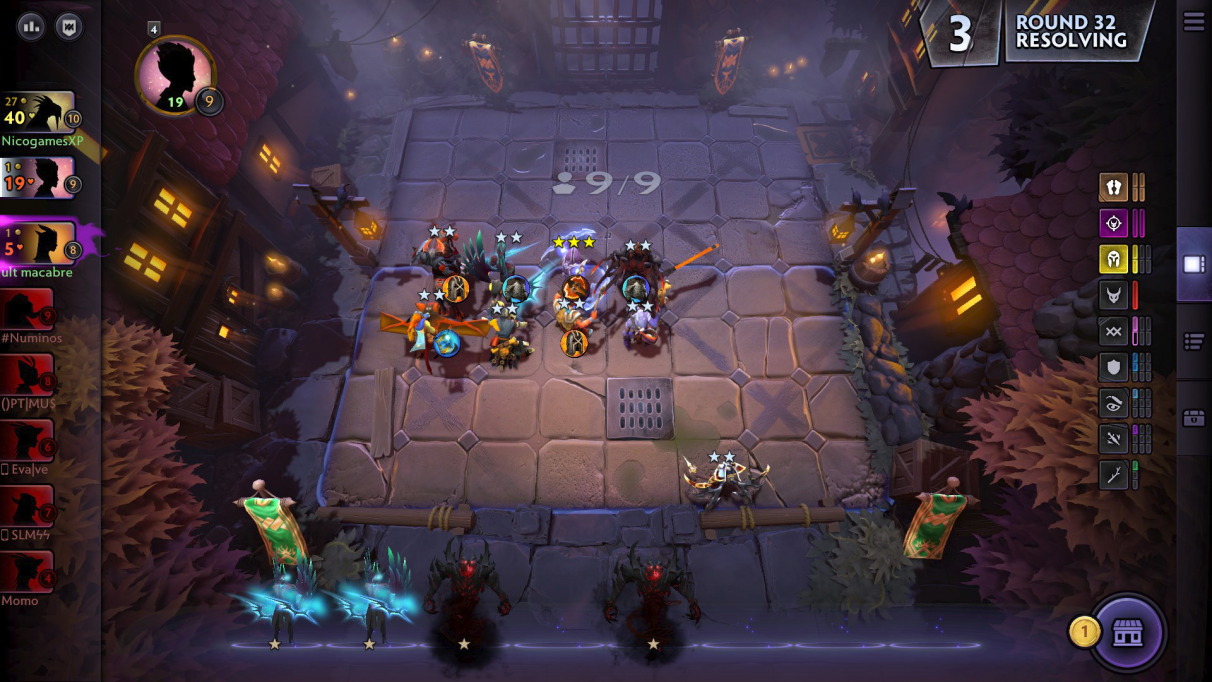 Heroes are what Dota Underlords is all about. An entire match revolves around the buying, selling, upgrading, and positioning of heroes across your board so that you can weather the worst your seven opponents have to offer with their own army of heroes.

If you're after more information on a different area of this many-headed beast of an autobattler, why not head over to one of our other Dota Underlords strategy guide pages?

Dota Underlords strategy guide - an overview of how to play Dota Underlords, with practical tips and strategies for winning matches

You can have as many heroes on your board as your current Player Level; and you also have an eight-slot "hotbar" where heroes can be kept in reserve between rounds. Each hero has 10 basic stats, as well as 2-3 Alliances and 1-2 abilities.

We've gone over the basic stats below, so you know exactly what each one does and what to look for when choosing your heroes:

All of these stats are unique for each hero, and you can view them all from the main menu of the game by clicking on the book tab at the top of the screen, and clicking on "Heroes" on the left-hand side. You can also view this screen during matches by going into the shop, and clicking the book icon there.

Notice that next to some stats I've put "Scales with Hero Level". This is because you can upgrade heroes from Level 1 to Level 2 or Level 3 to greatly increase their Health and Damage (and, with some heroes, other stats as well). Do this by combining three of the same hero (and the same level). So three Level 1 Axes will automatically transform into a Level 2 Axe, and three Level 2 Axes will turn into a Level 3 Axe. 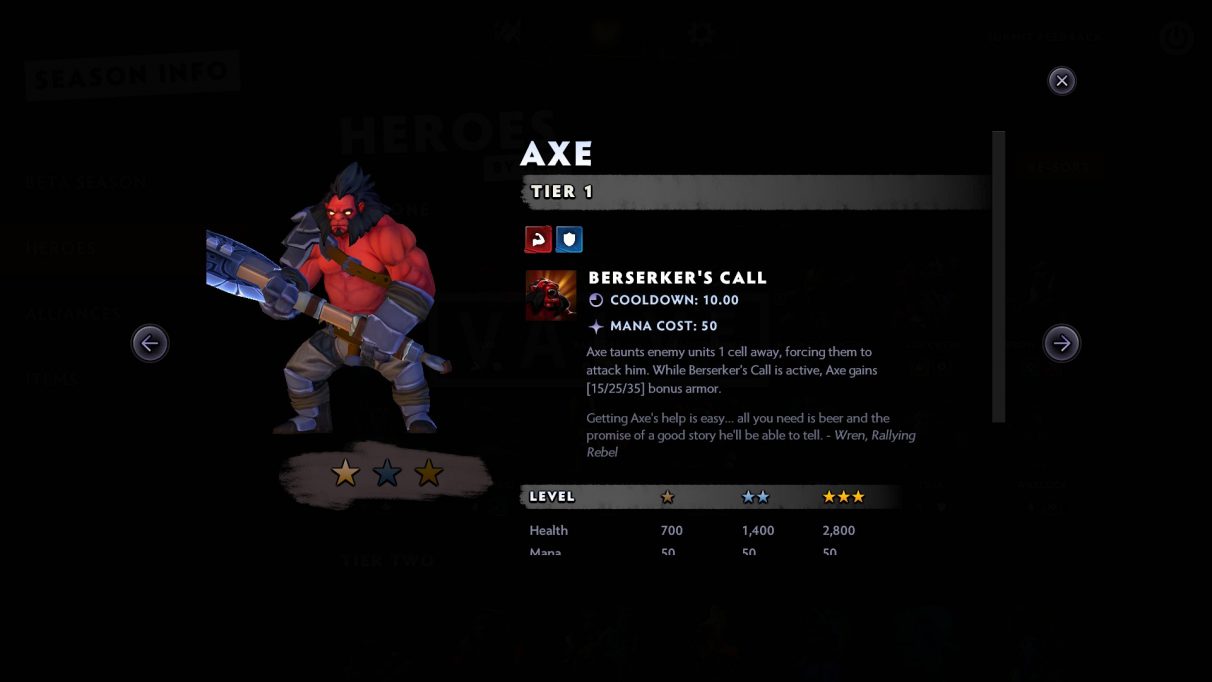 To build up a game-winning army in Dota Underlords, you need to think about many different things besides your heroes' basic stats:

Because it's so hard for newcomers to wrap their heads around the immense number of variables surrounding each of the Dota Underlords heroes, we thought we'd have a go at putting together the kind of resource we wish we'd had when first starting out. As a result, the below Dota Underlords cheat sheet of best heroes came into being - which we've now brought up to date after the various minor updates of September and October. 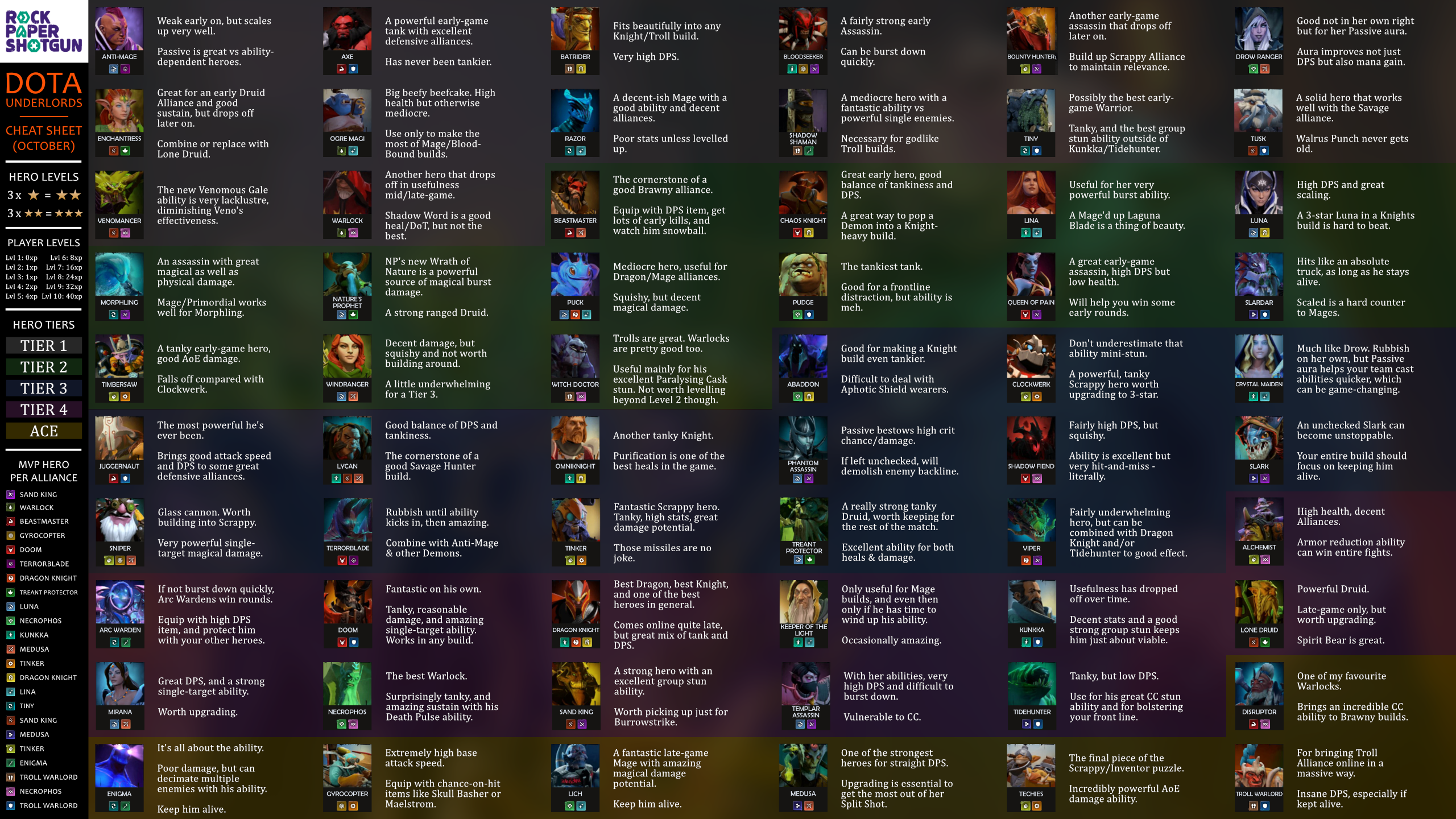 This cheat sheet is designed to be viewed in full-screen on a second monitor - or you could print it out if you like and keep it beside you for reference while you play. We've outlined essential information on each hero with relation to the current meta, alongside some useful info on the left-hand side such as Player Level XP values, and who we consider to be the best heroes in Dota Underlords per Alliance.

It's important to bear in mind that you have to take all this with a pinch of salt, because Dota Underlords is a game all about context, and synergies. You have to think not just about how powerful individual heroes can be, but how they will fit into your current build, and whether they are the kind of hero that'll stay useful until the end of a match or if you'll need to replace them with a higher-tier alternative as time goes on. 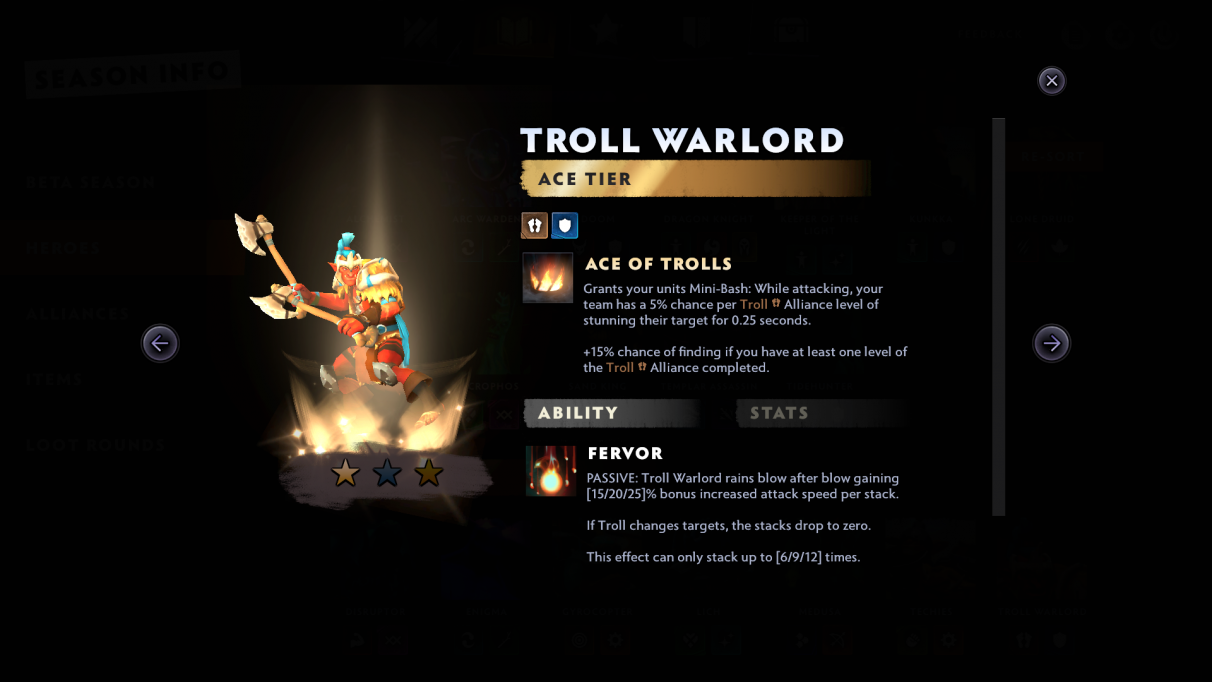 But despite this, as you can see, we think rather highly of a handful of Dota Underlords heroes in particular in the current meta:

But again, that doesn't mean you should pick these heroes whenever they come up. Think about whether they fit with your Alliances, whether they occupy a niche already filled by one or two other heroes, and so on. Experiment with different heroes and Alliances in your matches and your skill will increase all the more rapidly.

And that's pretty much all we have to offer on Dota Underlords heroes - at least for this guide. Check out all our other Dota Underlords guide pages just below for more focused and in-depth overviews on various different aspects of this addictive autobattler.