I fell pretty deep down the Dota 2 hole. I’d say the game served as another life for a teenager that didn’t really have one, but that would undersell what Dota 2 was for me. I played hours of it, every single evening, for several years in a row. That phase had as much to do with the friends I chatted with than the wizards I clicked on, but at the moment that’s besides the point.

The point is that I’m currently falling for Dota Underlords, but only because I know the game it's based on like the back of my RSI-riddled hand.

In simple terms, Dota Underlords is about managing a growing pool of heroes in-between automatically-resolved fights against other players. In more complex terms, it's a Pandora's box of overlapping synergies that can only be pried open through encyclopedic knowledge, risk-management and obscene degrees of prescience. Every moment has me running cost-benefit analysis of a dozen different factors, all weighed against the relative importance of doing well now and doing well in ten battles time.

Those skills are integral to Dota 2, and I'd be surprised if my brain didn't benefit in some general way from pouring over Dota's intricacies for thousands of hours. But that's not really why I think people unversed in the Dota-verse will struggle to like Underlords. It's mainly because specific knowledge of how the heroes work acts as a springboard towards success.

Take Anti-mage. He's from the lowest tier of heroes, meaning he's available from the start of the game and doesn't cost much to recruit. He's also absolutely rubbish until later in the game, once (and only if) you've managed to recruit enough other Anti-mages for them all to merge into a level three super Anti-mage. (Units level up by fusing together, like less-wholesome versions of the gems from Steven Universe.) 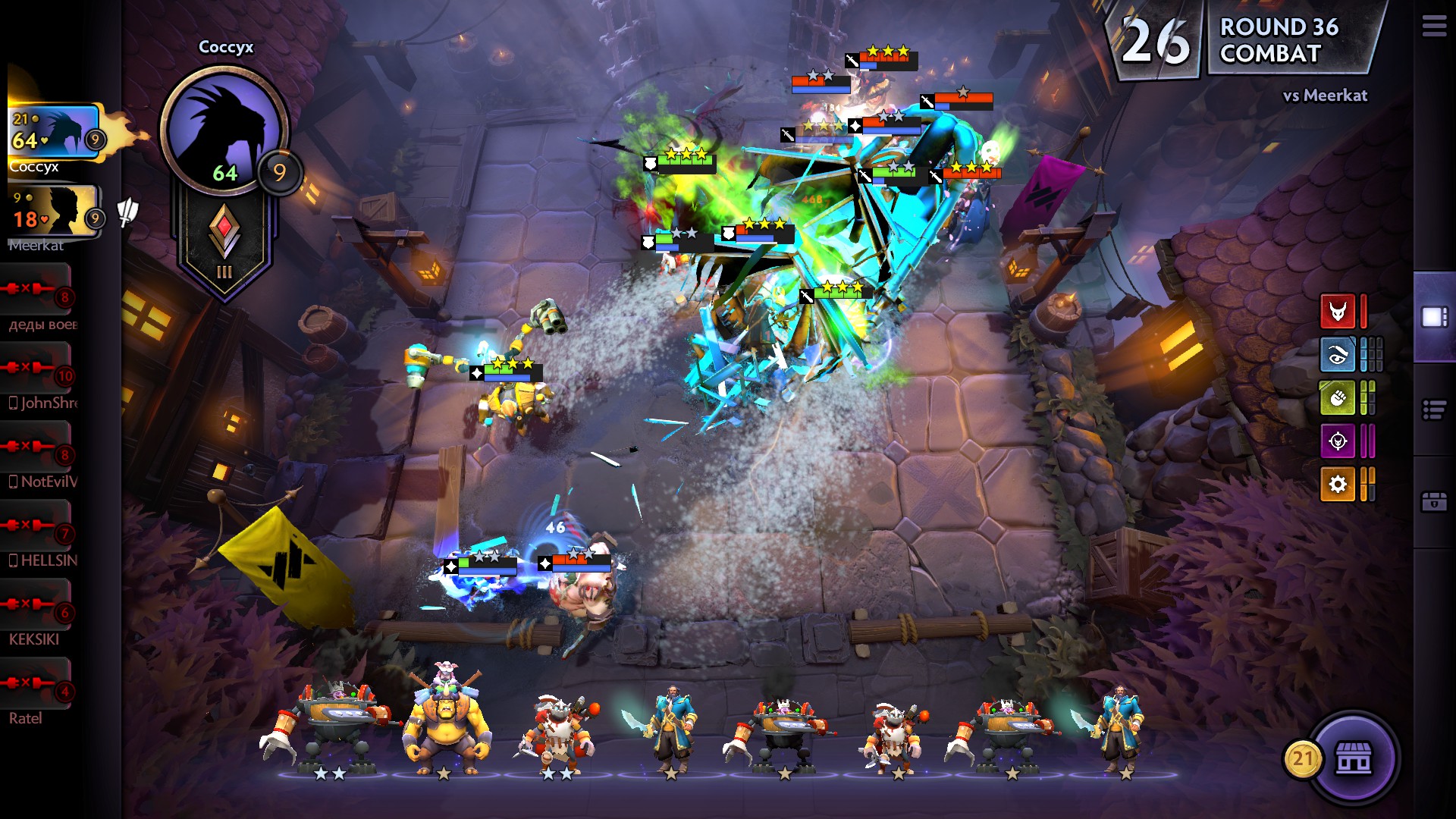 I knew how that worked already, because origi-Anti-mage works in much the same way. He's a "carry" that needs to be babysat for most of a game, until he suddenly turns into a rampaging monster. The heroes here are vastly simplified versions of their Dota 2 counterparts, but their essence remains the same. That gives me an instant idea of the role and rough power level each hero is likely to have at any stage of the game, freeing up vital mental bandwidth I can devote towards not getting crushed between the jaws of a capricious but ultimately controllable slot-machine.

I imagine it's not impossible to do well without that knowledge, as I imagine some of you won't need prompting over to tell me in the comments. Please do, though - it's a perspective I'm currently lacking, and I've got a review to navigate next week.

For me, my familiarity with Dota provides a vital grappling hook over a learning curve I'd have otherwise found too intimidating. Sure, I managed to get over Dota's near vertical incline - but only because I had friends to climb it with. And also because back then I had far, far more free time.