"I want that sweat-dripping, shin-splitting, hair-raising... FOOTBALL". So says the terrifying hivemind in this Fifa 21 and Madden NFL 21 combo-trailer, which you really must watch even if you have no interest in either game.

Fifa 21 is coming out for PC (and current gen consoles) on October 9th. I will not play it, because I am scared.

They've really leant on the whole "visceral" thing, huh? You've got palms splitting in half, hearts beating out of people's chests, intense eyeball zooms. There isn't much blood but there is the word "BLOOD" written aggressively.

This shot is clearly from Madden, but good grief. It's all so much. 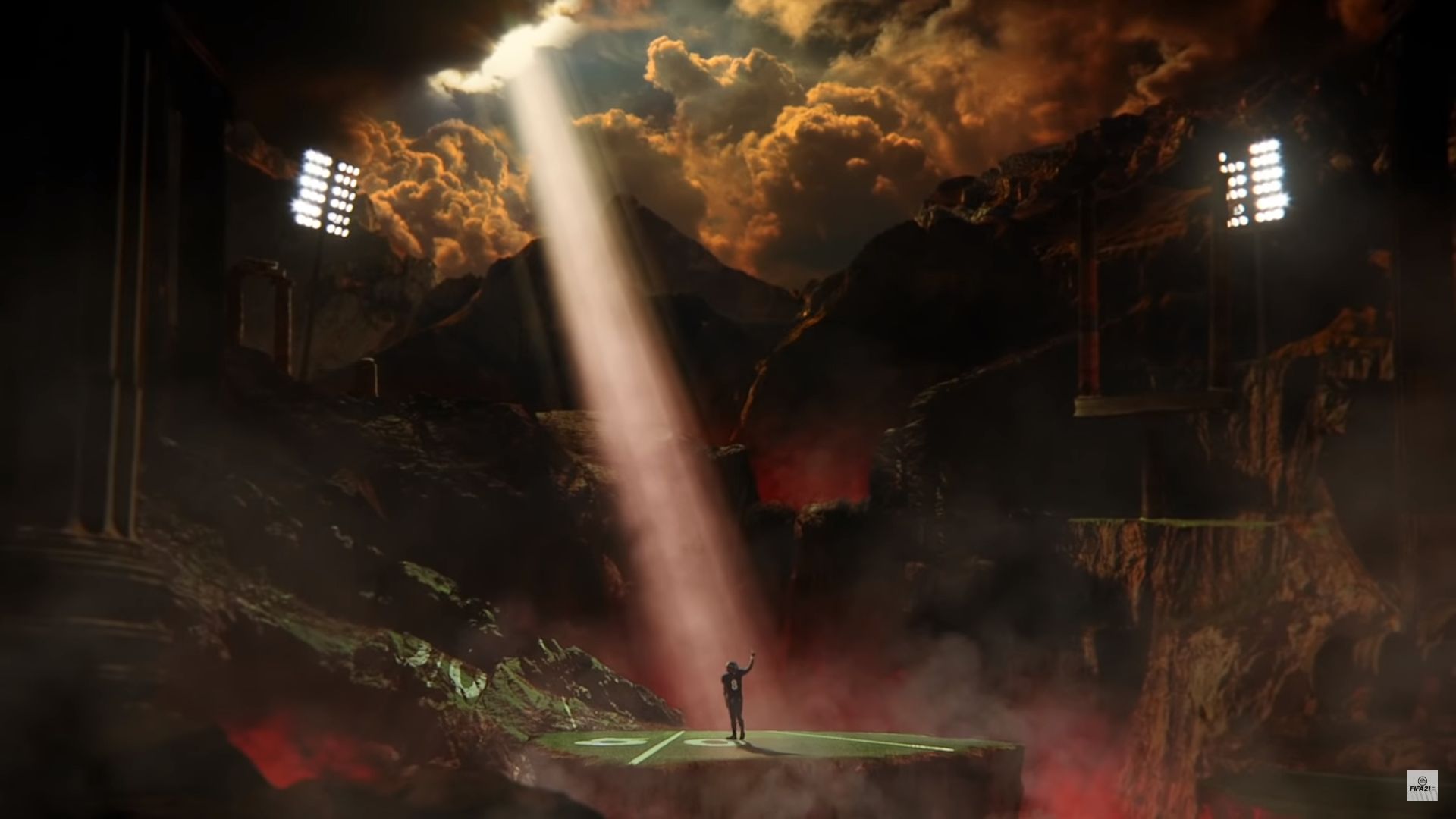 Outside of the wild imagery, there are a few details about footballs. If you're an Origin Access Premier member, you'll get a sneaky early go on Fifa 21 on October 1st. Pre-ordering on Steam also gets you in early but that doesn't stop pre-ordering from being silly.

This FAQ also mentions that cross-play between PC and consoles is a "long-term goal", and that they're "continuing to investigate its integration".

I will admit that it does look pretty pretty.

In other football news, English Premier League players recently competed in a Fifa 20 tournament because the Covid meant they couldn't do it in real life. It's part of a straight-up fascinating phenomenon where sportsfolk have had to adapt to virtual recreations of their livelihoods.

I enjoyed messing around with one of the Fifas from about a decade ago, but I have next to no idea about what state the series is in nowadays. Adam Cook found a lot to praise in his Fifa 19 review.

EA have recently (and finally) decided that it makes sense to put their games on Steam. Titanfall 2 landed there last night, as did The Sims 4.