My lifelong dream to become a cat lady is stymied by my flatmate's allergies, but at least I'll get to become a virtual cat lady. Edmund McMillen, the co-creator of Super Meat Boy and Binding of Isaac, has announced that he will likely resume making Mew-genics. It's a game about breeding and caring for hordes of strange cats then entering them in cat competitions, with all the mutations, oddities, and gross bits you'd expect. But McMillen and fellow Team Meat founder Tommy Refenes went quiet and what they did say made it seem unlikely to ever arrive. Well, start purring, as McMillen now says he and Tyler Glaiel are prototyping ideas for it and we're likely back on.

McMillen split a while back from Team Meat, who have been making Super Meat Boy Forever while McMillen focused on more Isaac, several ideas which have been set aside, and The End Is Nigh. That deadly platformer (check out our Graham's The End Is Nigh review) was made with Tyler Glaiel, with whom McMillen is now poking at Mew-genics.

He spoke about resurrecting Mew-genics in a blog post yesterday:

"Welllll Tyler and I are currently prototyping some stuff for it and if all goes well I'm 99% sure that little monster will once again become my obsession. Mewgenics was always my oddball dream project and probably the game I'm questioned about the most these days. Mewgenics is being remade from the ground up so don't expect to see much for a year or two.

"Who am I kidding I'll probably start teasing the first beta images once things get moving along..."

Way back when, McMillen described Mew-genics as "a cross between The Sims and Pokemon with a sprinkling of Animal Crossing and a dash of Tamagotchi". He mostly talked about it through anecdotes, so here's one from 2013:

"Last week I was playing a game with Puddle, a fat female cat I had been working on earlier that day, I thawed her out of her Cryo-cube and placed her in my current single story house along with her newly generated companion Champ. I had been focusing my time on Puddle due to the fact that she seemed to have a very unique tail that I believe had helped her place 2nd in a cat pageant in a previous and I needed to breed her so I could continue her bloodline before she got too old. Sadly Champ wasn't up to snuff and Puddle made this obvious by repeatedly kicking him in the face, I separated them quickly by putting champ in the attic but when I tried to feed him... something odd happened. See, Champ was a dullard and when Puddle kicked him he just happened to also be eating and now associated the trauma with food instead of Puddle herself, he was scared of all food.. and sadly died in the attic shortly after.

"It wasn't long after though that I caught sight of a solid black stray cat named Goon, before he had a chance to run I grabbed him and pulled him inside. Goon was a much better fit for Puddle and before I knew it the humping started and puddle was pregnant! I put her in the attic with plenty of food and a bed, but quickly noticed that something was up with Goon, he seemed to be constantly falling asleep. As it turned out Goon was a narcoleptic and as you might have guessed Puddle gave birth to 2 sleeping kittens, one of them fat like his mother and black like his dad and the other small but with his mom's markings and that amazing forked tail that helped in the last pageant, but sadly both kittens were narcoleptic like their father...

"Goon acted aggressively towards the kittens so I let him back out into the yard and he eventually ran away. As the kittens grew up I did enter the small one (his name was Dot) into a pageant but sadly he just fell asleep on the stage and didn't win anything. To add insult to injury Puddle also acquired feline aids from Goon and I couldn't afford any of the expensive treatments Dr. Beanies was offering so I put her back in the Cryo-cube in hopes that in the future I might have a cure for her disease once I finish a few more of the Doctor's missions.

"I wasn't able to save Dot because I was arrested by the local animal control shortly after I put Puddle in the cube, probably because of letting Goon run away.. and the whole giving my other cat aids thing... or maybe it was the dead cat in the attic."

Seeing as McMillen and Glaiel are completely rebuilding the game, don't focus on specifics - but I'd imagine that's still the same sort of broad idea they're working with.

McMillen's big project now is Isaac spin-off The Legend of Bum-bo, a turn-based puzzle-y roguelikelike he's making with James Id. That's due later this year, and you can read more about it on its dev blog. 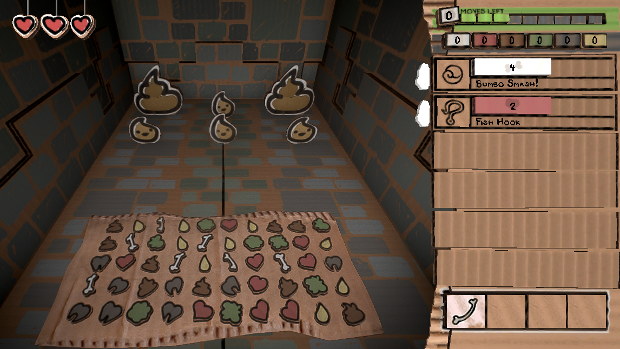 Oh, and of course Isaac: Afterbirth+ is due to receive one final 'Booster Pack' of free bits and bobs this year. Beyond that, McMillen does mutter about "something pretty cool on the horizon" for Isaac, which some are speculating might be a reference to the mod Antibirth. It's a hugely impressive mod which expands Isaac so much (though it is mega-difficult) and I'd certainly be glad to see Antibirth made official-ish. The Antibirth gang do seem chummy with the devs, having designed new rooms and items for the most recent Booster. That's speculation, mind. All we know for certain is: one final Booster Pack.