It was only when someone from Wargaming closed the door between the demo and interview areas that I realised everyone could hear me swearing at tanks. Loudly. World of Tanks, which hits version 1.0 today, is the sort of game that makes you forget what’s going on around you. Taking your eye off the ball for even a second guarantees that someone will put a hole in your pretty war machine.

Paying attention is a challenge when you’re a magpie like myself and attracted to shiny things. With 1.0, Wargaming have completely overhauled World of Tanks’ art, graphics and audio, and more than once I found myself oohing and ahhing at dynamic tread marks on the snow, or the way that mud on your tank dries more slowly in the nooks and crannies than it does on the surfaces hit by the sun. It’s a slightly absurd attention to detail, and every time I took a moment to appreciate it, my tank would be turned into a flaming wreck. 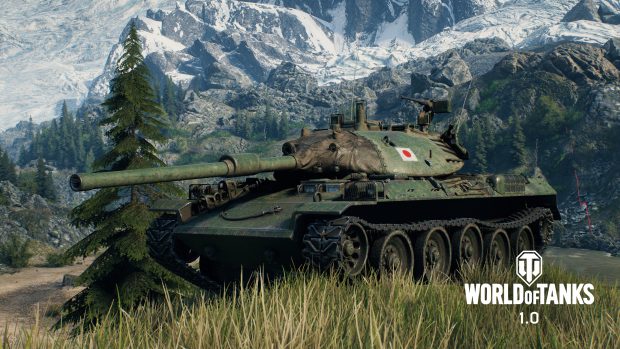 This isn’t an overhaul in the same way as World of Warplanes 2.0 was, which changed the game’s fundamentals in an attempt to save a struggling game. Everything you know about the maps will remain relevant, all the tanks in your garage will feel the same and the strategies that worked before will continue to do so. It’s still a game of maths, geometry specifically, and parsing a huge amount of stats more than a game about explosions.

Not that there aren’t plenty of explosions, and huge tank scrums as metal behemoths smash into each other like charging animals. That’s the sugary treat that makes devouring stats and thinking about armour penetration and angles a little less dry. And it works, because World of Tanks is, at times, genuinely thrilling. It always has been, but more so now with this fancy new graphics engine and the inclusion of Havok Destruction for smaller buildings and objects. 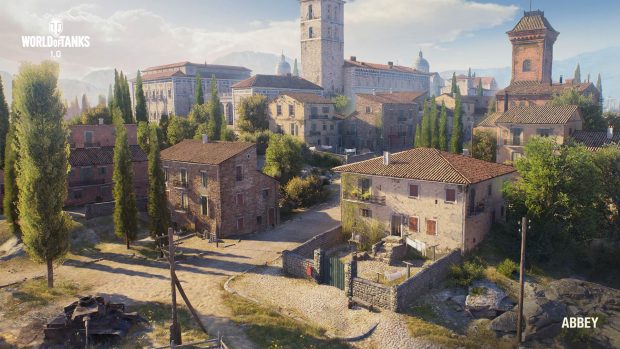 There’s a tremendous din with every hit and every tank collision, and there’s an almost tangible weight behind behind them, making these big metal bastards a hoot to smash together. Especially if they have to plough through some walls and abandoned vehicles to reach each other.

World of Tanks’ roster includes nippy little light tanks, burly tank destroyers, and even artillery if you like to stay far away from the chaos of the front lines, so depending on the tank you pick, you might not see as many of these savage, close-range tank brawls. From trailers, it would be easy to assume that it’s a fast-paced action romp, but you might spend just as much time hiding in bushes and sneaking around, trying to get a bead on the enemy. 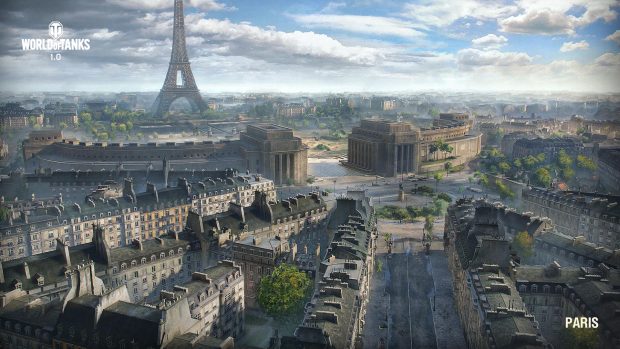 When you’re making that cautious approach, desperately trying to line up a shot before the enemy tank spots you, it becomes almost indistinguishable from a stealth game, apart from the fact that you’re in a rather large gun on treads. You’d be surprised how well a massive warmachine blends into a hedge.

When I was bravely hiding in some shrubbery, trying to take out a tank that was hanging out below a lovely big castle, I had one of those perfect moments where, just as I fired, the turret turned around, my enemy staring right at me, milliseconds before a shell penetrated its armour. As satisfying as striking from stealth can be, nothing beats the feeling of roaring out of a hiding spot, treads kicking up mud, and charging right at a wounded tank. The tank’s crew must have been stunned, because when I came hurtling out of the bushes, it barely reacted, right up until the moment we collided. There wasn’t much more to do after that. 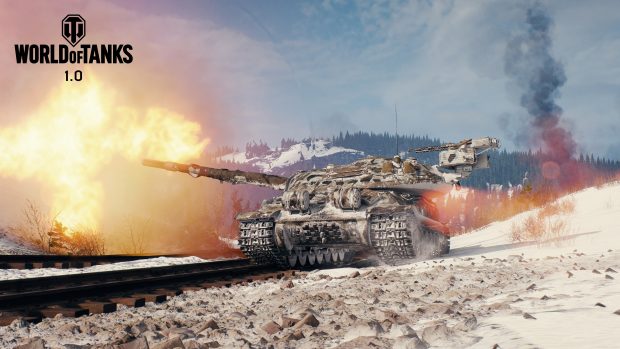 I find the open areas full of unexpected hidey holes a lot less stressful than the cities with their blind corners and obstacle-laden streets. Earlier, a developer went into quite a lot of detail about how much they’ve improved the quality of the buildings and their materials so that they’re more realistic and diverse. I won’t pretend I noticed any of that on the one city map I played on, as I spent most of the match in a mild state of panic.

I was already trying to deal with two tanks dead ahead, at the end of the rubble-strewn street, when yet another trundled over. I didn’t clock it until it had come round the corner, announcing itself by firing on me. Out of my depth, I tried to escape, but got stuck on some crates. Then two more tanks appeared from a different corner. And that was the last thing I saw. Probably for the best. 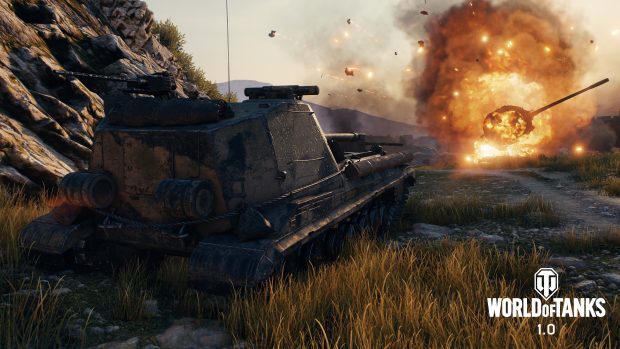 According to Wargaming, players have cooled on city maps a bit, so as well as the 29 maps that have been rebuilt for 1.0, there’s also a brand new battlefield: Glacier. It’s a large, blindingly-white map, where tanks can duke it out in snow drifts and on top of a frozen bay. Even after being told, several times, that the ice can handle the weight of a tank, I remain unconvinced. I did not dally.

The threat of hypothermia and drowning aside, Glacier is definitely more my cup of tank fuel. There’s a lot of open space in the centre for light tanks to run circles around their slow foes, but there are also a few places for tanks to hide nearby, waiting for a bold light tank to show up looking for prey, turning the tables on them. There are some concealed areas far from the centre that are perfect for artillery, and there’s the frozen aircraft carrier in the north west that not only provides some excellent cover, it’s also just a striking place to chill out near. It’s not the only ship stuck in the ice, either. 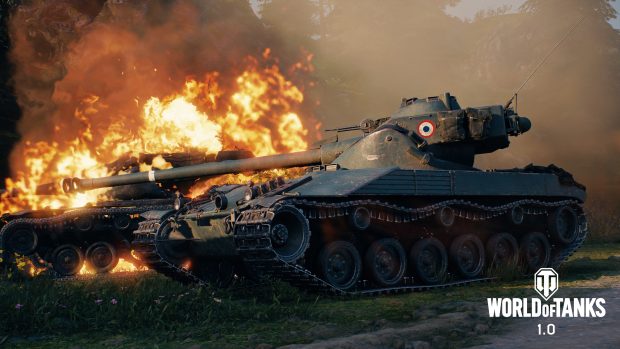 With an overhaul of this scale and a new graphics engine, you’d expect some new system requirements. That’s the case for the ultra preset, for which a 1060 or equivalent will be plenty, but the minimum requirements, surprisingly, are unchanged. If you can play Half-Life 2, you can probably play World of Tanks 1.0 on the lowest settings, and it will still be an improvement.

Despite the plethora of changes great and subtle, they’re not the sort of things that are likely to seduce anyone who wasn’t interested a month ago. As a lapsed player, however, they hold a little bit more sway over me. Playing on the maps I recall from several years back, when I played consistently, was a bizarre experience. Slowly it would dawn on me that I was driving past places I’d been killed or a cliff I’d been rammed off, but they might as well have been new maps. Even though every boulder and tree has been recreated, the broader art and engine changes have had a transformative effect. It’s inspired me to catch up on what I’ve missed.