For stags and hens who want their last free nights more dangerous than a stay at Paradise Resort, Vostok Games today launched battle royale 'em up Fear The Wolves into early access. It follows the basic recipe of Playerunknown's Battlegrounds but takes stags and hens to the Chernobyl Exclusion Zone with added radiation, anomalies, hungry mutated wolves, and a whole load of jank. Vostok's claim to fame is being founded by some former S.T.A.L.K.E.R. folks from GSC Game World, but Vostok as a studio have only made Survarium and that's no S.T.AL.K.E.R. I've had a quick go and this sure is no S.T.A.L.K.E.R. either.

So! The idea is for Fear The Wolves is a Plunkbut mangled by radiation, with radioactive anomalies to avoid, mutated NPC wildlife to not be eaten by, and changing weather messing with everything from vehicle handling to long-range shots. Parachute in, gather weapons and equipment across the land, dodge hazards, and do murders until one person (or squad) stands triumphant. Fear The Wolves is meant to have 100-player rumbles, though waiting times were long enough that my two rounds kicked off with only 70-odd. It seemed pretty clear why not many people are playing. 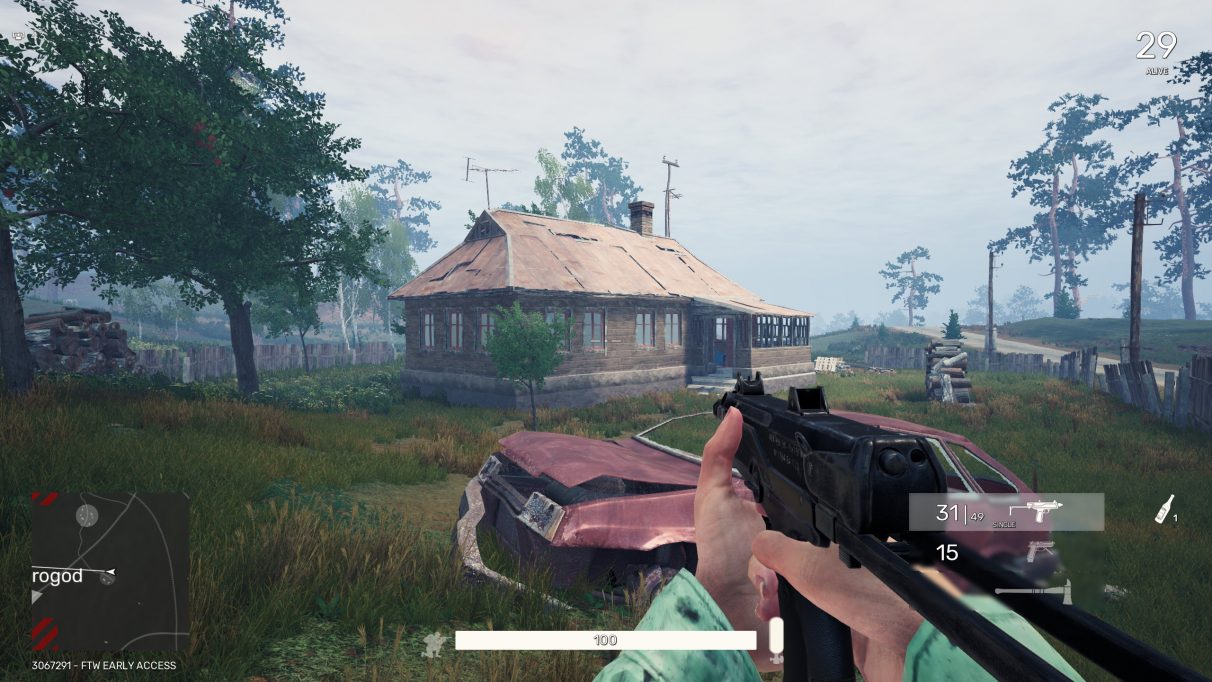 My framerate stuttered, the game even sometimes froze for seconds at a time, the guns feel boring, the sounds are bland, the vehicle physics are bad, the landscape doesn't look to support interesting fights, and it's janky all over. It has entered early access in a state worse than Playerunknown's Battlegrounds did--and that was a bumpy journey--at a time when both Plunkbat and Fortnite Battle Royale are well-established and polished. Unless I hear of drastic improvements, I will wait a long time before returning to check it out again.

I did meet some of those feared wolves, which chased after my car then would stop and look confused. At one point I did drive past a battle between two players with wolves spicing it up, which looked like it might have been fun for them. 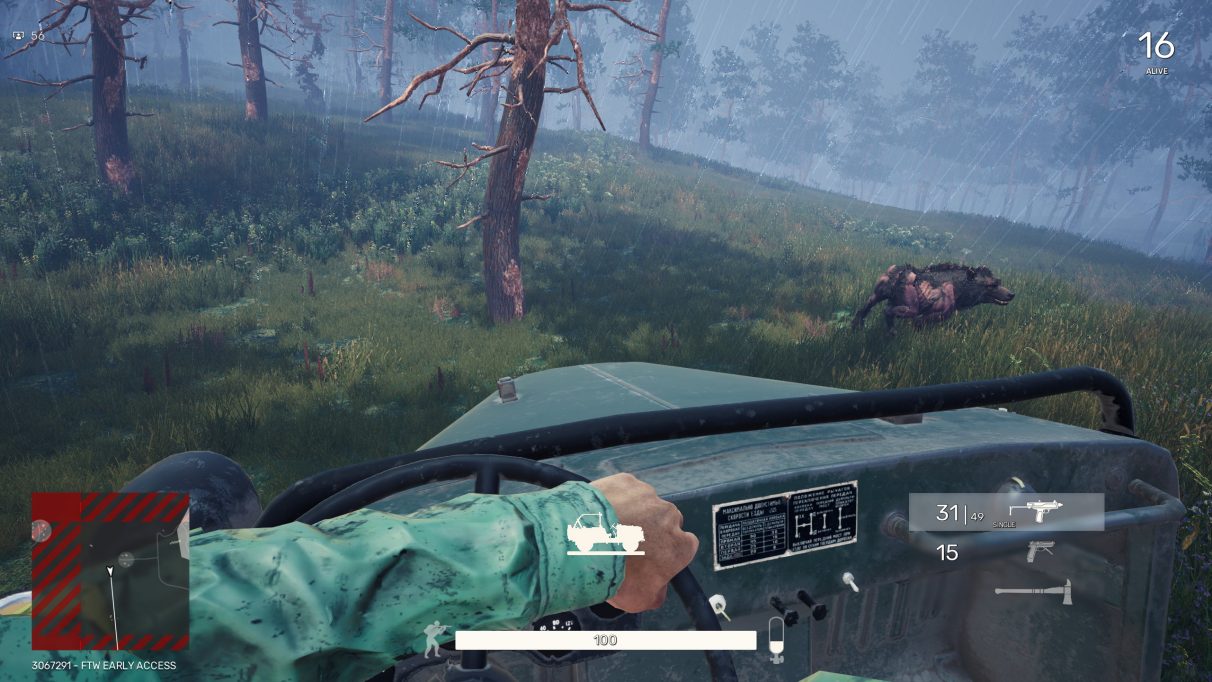 On the bright side, you CAN look down and see your legs. 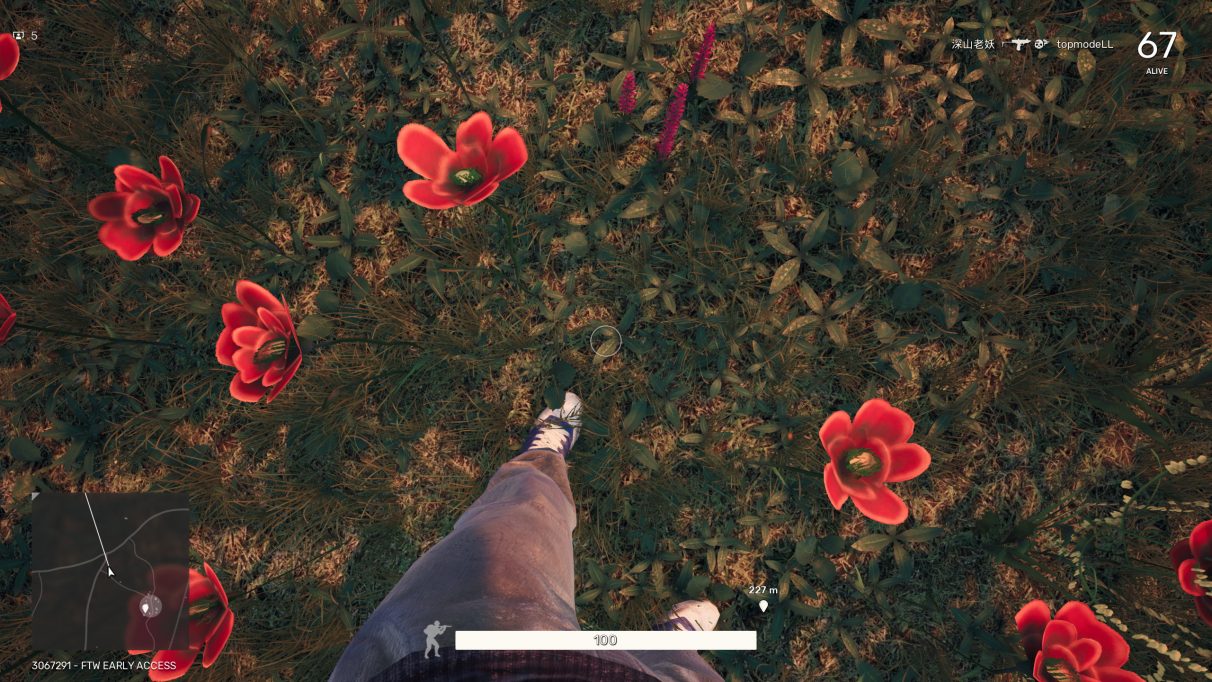 And I do like the idea of the finale, where a rescue helicopter with space for one (yet seats for many more) descends at a marked point then lets down an escape rope anyone can try to climb at any time. Folks ascending the rope are vulnerable to attack, though they can shoot back, so it could add an interesting gamble beyond the usual 'kill everyone else to win' ending. 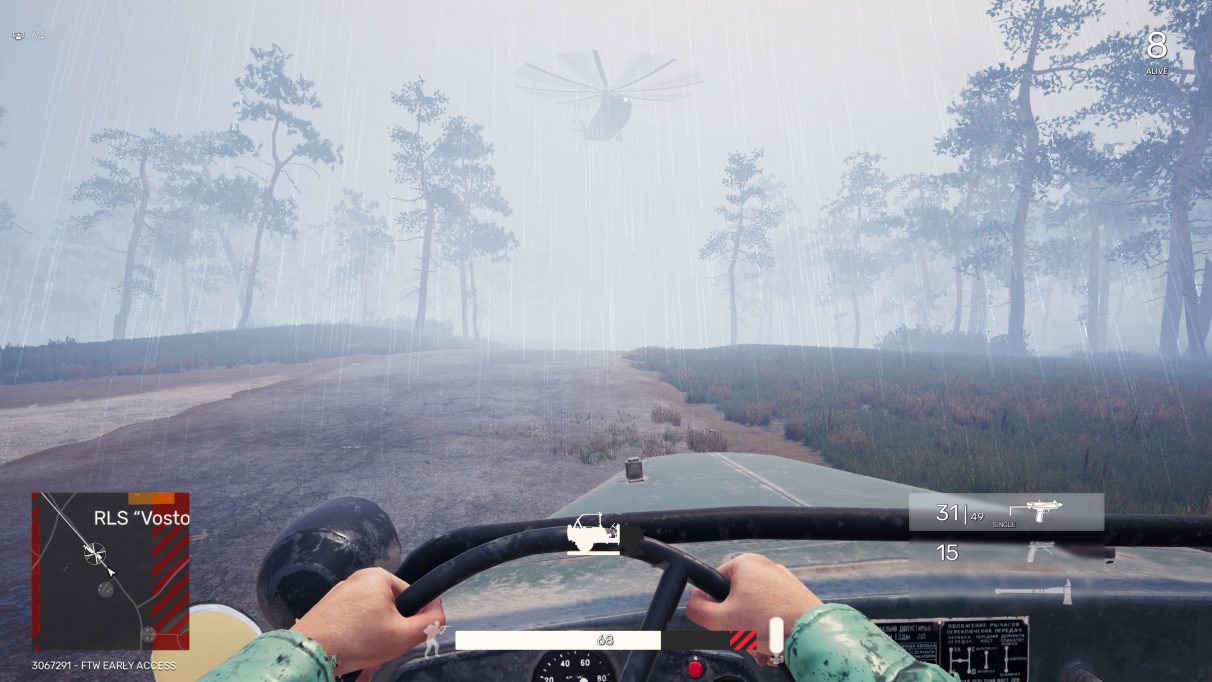 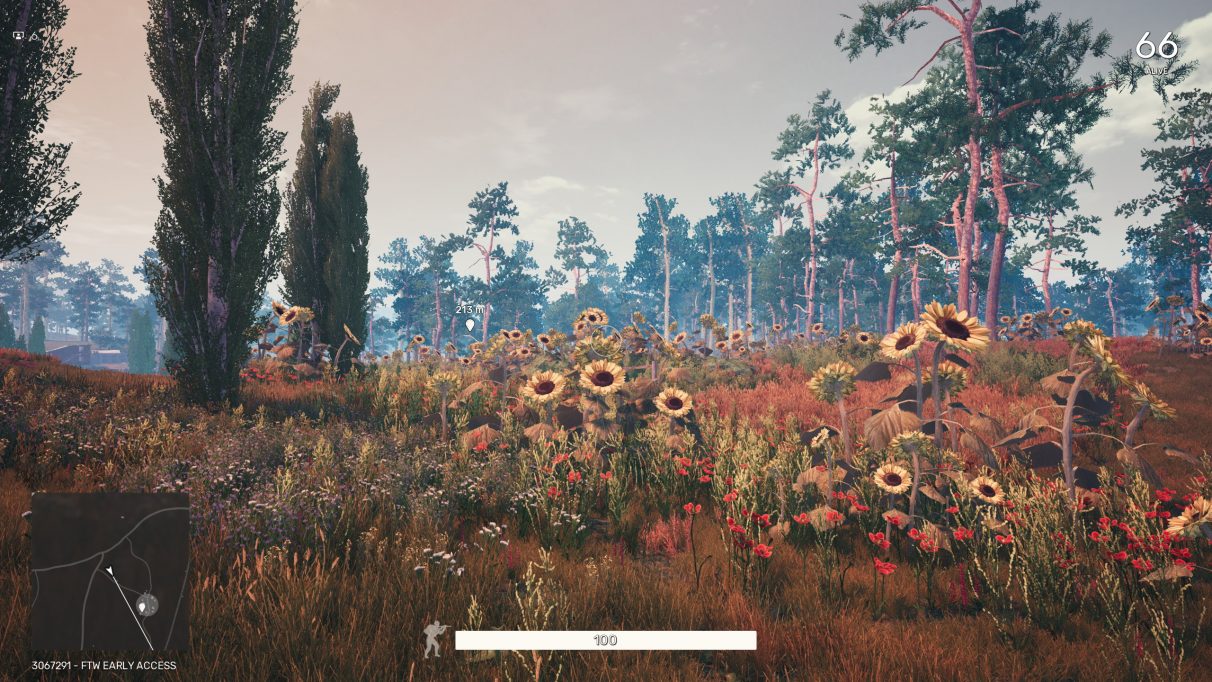 And I like the drifting red flecks when being irradiated. 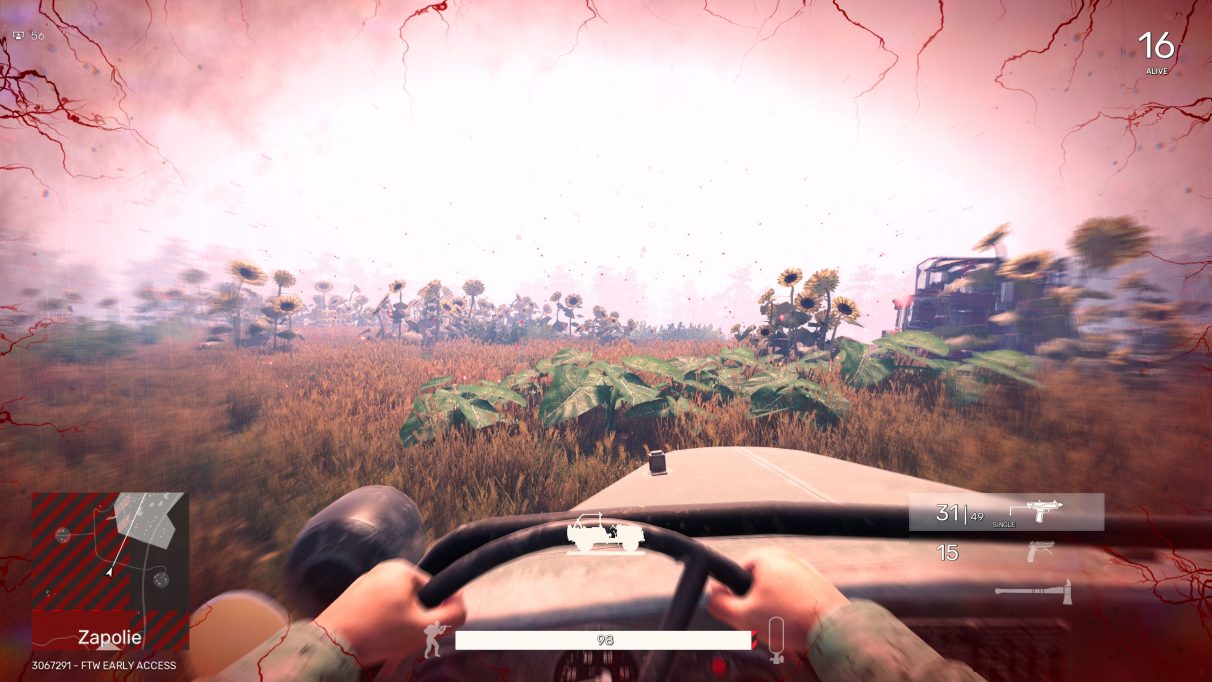 All of these screenshots, I'll add, were taken at Ultra quality settings. You will notice that they look considerably worse than the marketing screenshots.

Fear The Wolves is out now on Steam Early Access for £17/€20/$20. It's published by Focus Home Interactive.

The plan is to launch the full game in 2019. Update plans start with adding new weapons, a new vehicle, and vaulting over the next few patches, then later working moving towards new varieties of mutant, new deadly weather, and a map that's generally more polished and interesting. I will revisit it later to see if they manage to draw out and focus on the strands which make this interesting in comparison to other Plunkbuts but for now, nah. That last-minute delay didn't add nearly enough extra development time.