"I don't know if I should press the secret button", says the man in the armchair. We're prodding at an old CRT TV in Hebden Bridge, displaying nothing but stubborn static. We're stumped, even after five full minutes of fruitless dial twiddling. The TV is tucked into the corner of an old church, a little ways away from the main floor of Feral Vector. I've joined a group that's already been puzzling over it for a quarter of an hour, lured together by communal mystery.

"I think you should definitely press the secret button", says I.

A few hours earlier I'd been sitting in the main hall, watching Nate bounce a baby on his knee. "It's your first esoteric hippy games festival!", he cooed. The baby looked mystified, but generally happy with the situation. I looked the same. 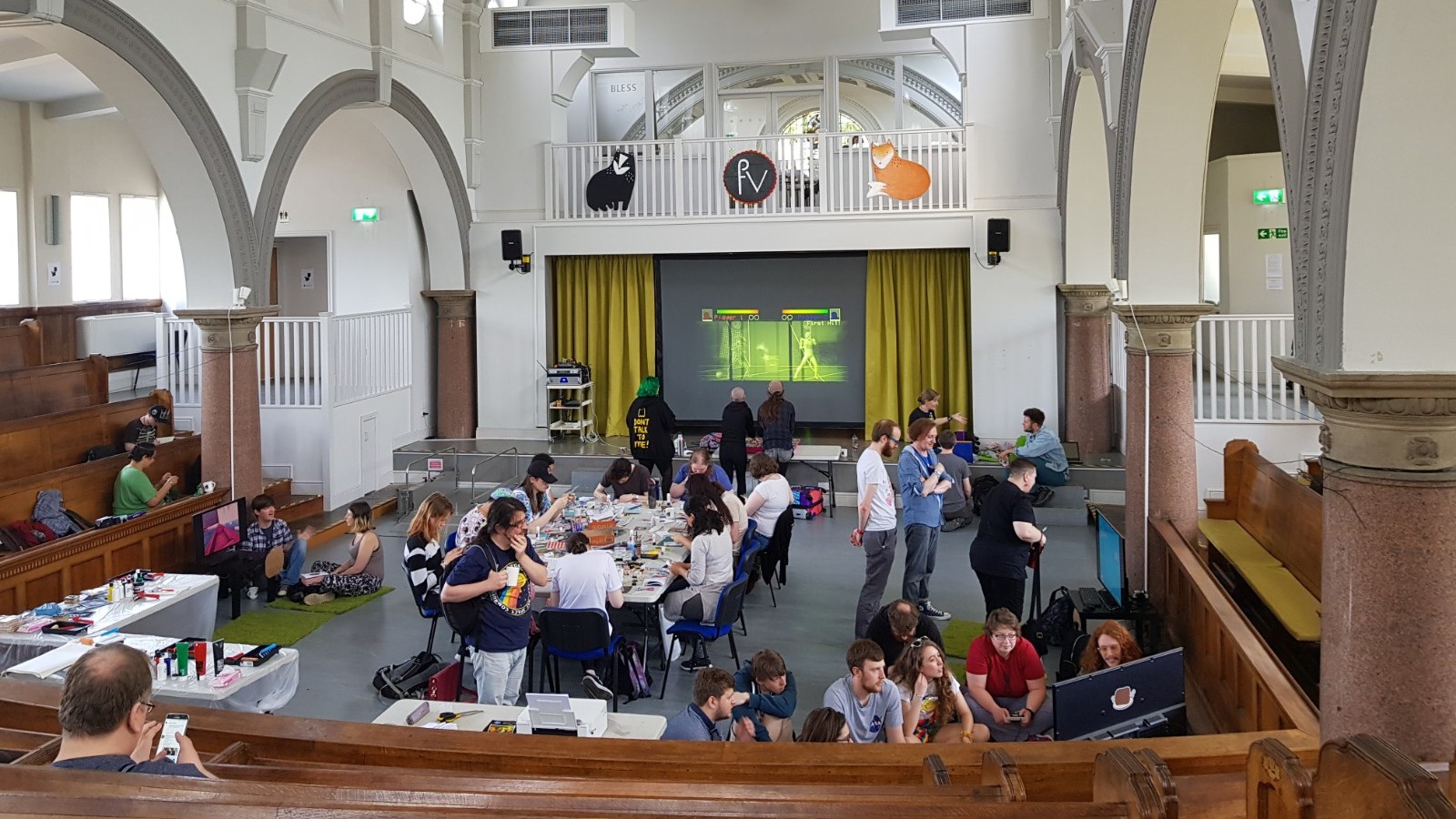 Feral Vector advertises itself (not that it really advertises) as being "fundamentally about outside influences, accessible tools, and the fringes of game design". Over three days, I slew imaginary Goatmen during a storytelling LARP (ran by Xalavier Nelson, sometimes of this parish). I served as a journalist in Ghost Court. I went to a woodland restaurant that got invaded by millennia-old semi-mythical entities known only as "the boys", watched an actual wrestling match between Videogames and Art, listened to interesting talks, and got told off in front of a hall full of people. It was utterly wonderful, and I've rarely felt more at home while venturing outside my house.

The screen flickers to life, displaying a hotel room and eliciting a cheer. The secret button tucked behind the set is revealed as the reset switch to a twine style adventure game, so we adventure. We discover a flower that destroys small creatures with acid, just because it's a dick. We listen to someone play an optimistic song at an open mic that nobody appreciates. We cook some delicious shrimp. I think we're dying, I say. I say I think this could be purgatory. 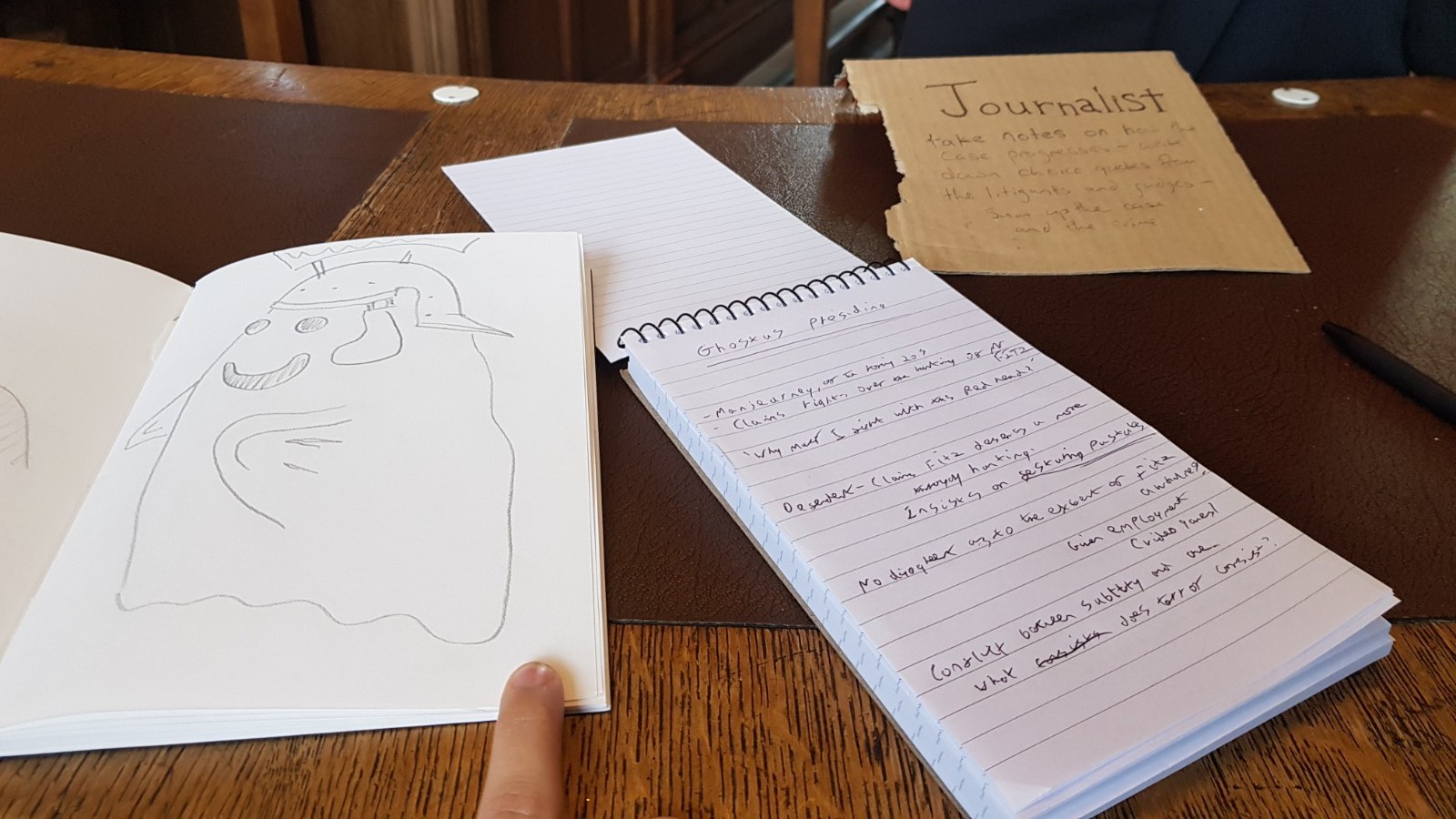 When it's over, we chat. First about whether or not to leave the game in the same state we found it (a no-brainer). Then just generally, about videogames, and about how much we like Mordhau. It feels too normal, as if we're breaking the event's unwritten rules. That feeling intensifies as we head outside and down into the woods, having just been handed sheets telling us what manner of supernatural being we are. We're part of a LARP billed as "The Unseen Parliament", each playing cryptids, gathering to determine the fate of humanity.

I'm an Urban Dweller, which means I need to change my mind according to whatever opinion is most popular in the group I'm standing in. I advocate for peace, then for genocide. Then, for some reason, I advocate for the humans to be subjected to a frog-based reward system in the hope that they can be bribed away from their path of rampant environmental destruction. LARPing is weird, and I adore it.

It becomes clear that most of my fellow cryptids are Dwellers, all tiptoing around the same dynamic, feeling out consensus. I spread the frog thing to a group of unsuspecting fairies, then slink away giggling. In the culminatory vote, the vote that would bestow either wrath or eternal benevolence on all mankind, most people voted in favour of frogs. Just like, the concept of frogs. Democracy by chinese whispers is weird, and I adore it. 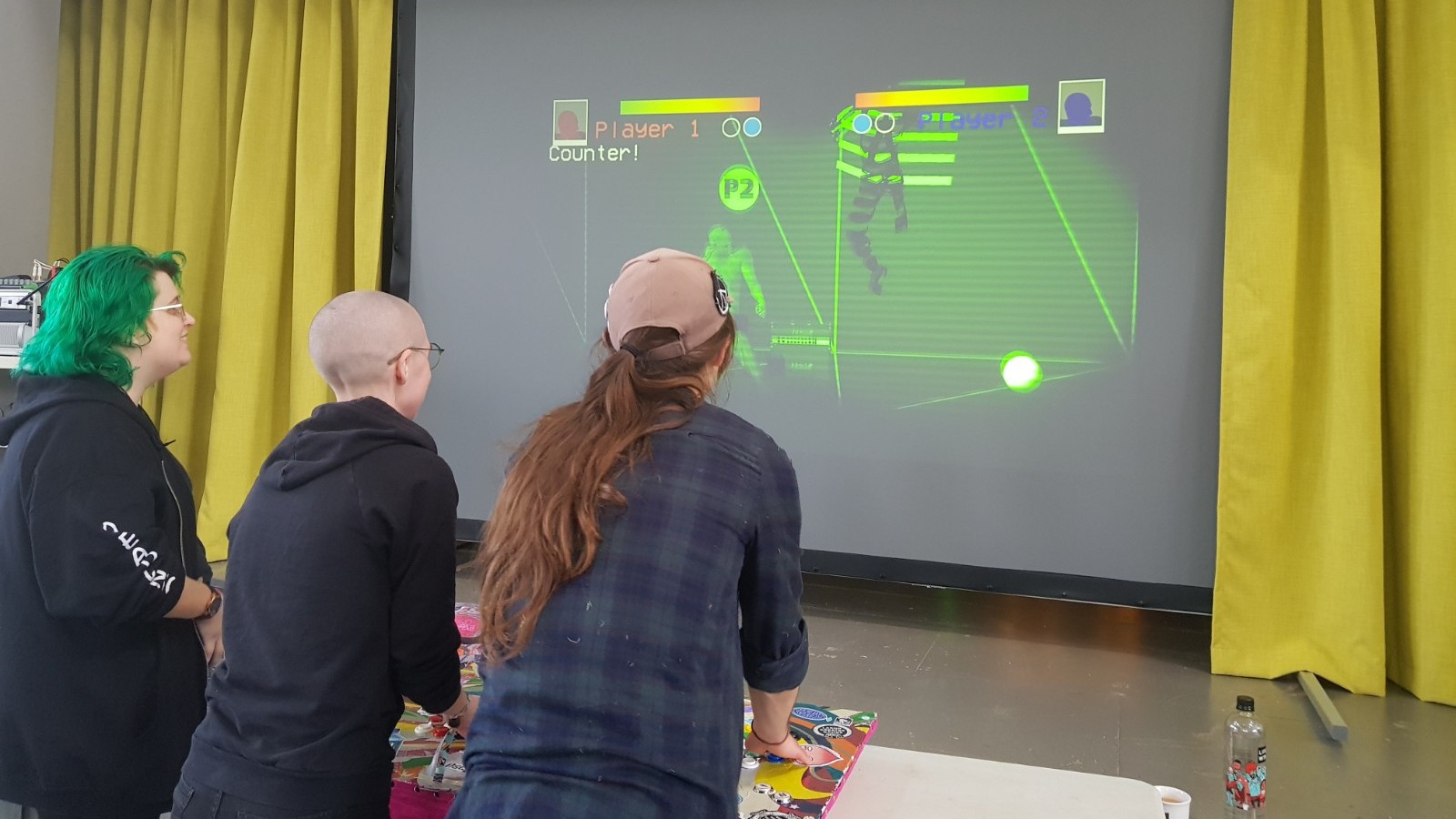 There was a smattering of (more) standard vidgams too, of course. A few different games dotted the floor each day, when the space wasn't given over to talks. There was Turtle Skipping, where you fish for turtles, turn them (lovingly) over, then hurl them across the ocean surface. There was Becalm, a sail'em up about staring at a shifting purple borealis. At one point, eight people sat down to cooperatively play the original, single-player Legend Of Zelda on separate controllers.

They were there as games, but more importantly as social grease. Feral Vector oozes that kind of grease. It spatters everyone with gobbets of wholesome sociability, drenching the atmosphere in more feel good sweat than the quantities we wound up drowning the world in on that Goatmen LARP. That's partly through design: the social games, the playfulness, the emphasis on inclusivity. You also don't wind up there, I don't think, unless your beliefs align with a certain progressive consensus. You know. Pro-union, ill-contentedly capitalist. 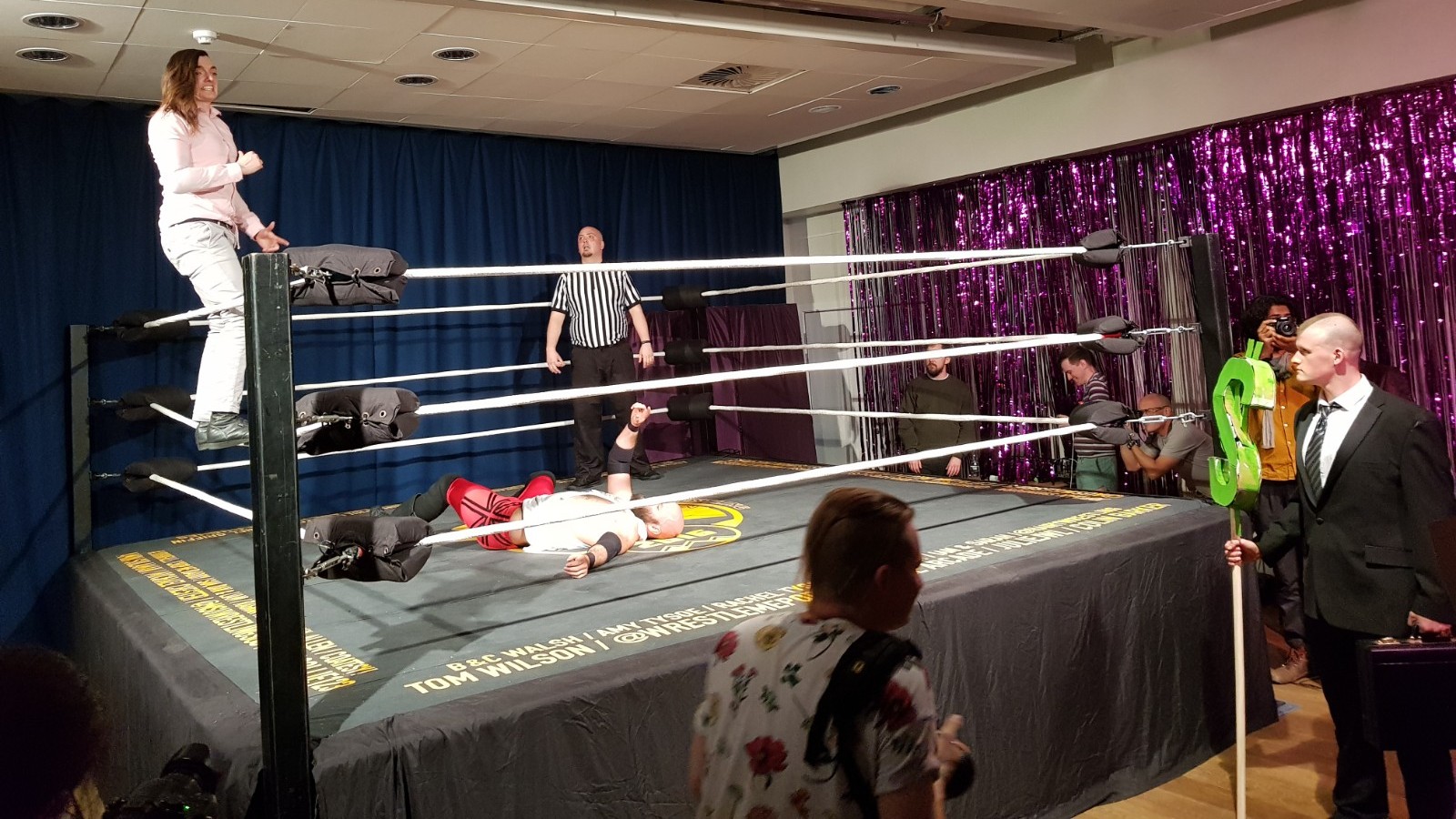 There is so much I haven't had the space to mention here, and so much I didn't have time to poke into while I was there. I haven't mentioned the Zine-making workshop. Or the weird two-player meditation game me and a new friend found in a mysterious box. Or the genuinely inspiring talk from Liz Cable about her success with using Escape Room games in education.

I left the hall on Saturday night as someone was placing clementines in twelve different cups, because I'm bad at my job/wanted chips.

It will take exceptional circumstance to keep me away next year.