Burgers or pizza? It's a question which has started playground debates, late-night arguments, and surely a fistfight or two. Fortnite Battle Royale aims to settle the question via the medium of digital megaviolence in a new event mode, Food Fight, where two teams of 12 with burgheads or tomatofaces must defend their hallowed restaurant mascot from enemy heretics. Yes, you really will need to get the hang of building and fortifying here. It's also a good chance to try out the new Mounted Turret item, which you can sit on to dakka dakka dakka all day long. Reader, I must tell you that I let burgers down.

Food Fight gives each team a giant mascot to defend, the heads of the game's pizza and burger chains. Shoot the other team's enough (a whole lot) and you win. The two mascots are only a few dozen metres apart but the mode erects a solid barrier for the first five minutes, giving teams time to loot weapons, gather resources, and build a labyrinthine helltower around their god. Then, mascotmurder commences. Dead players respawn after seven seconds so folks throw themselves at the enemy mascot, try to defend theirs, rebuild fortifications, and... if you're me, get lost inside your own base. 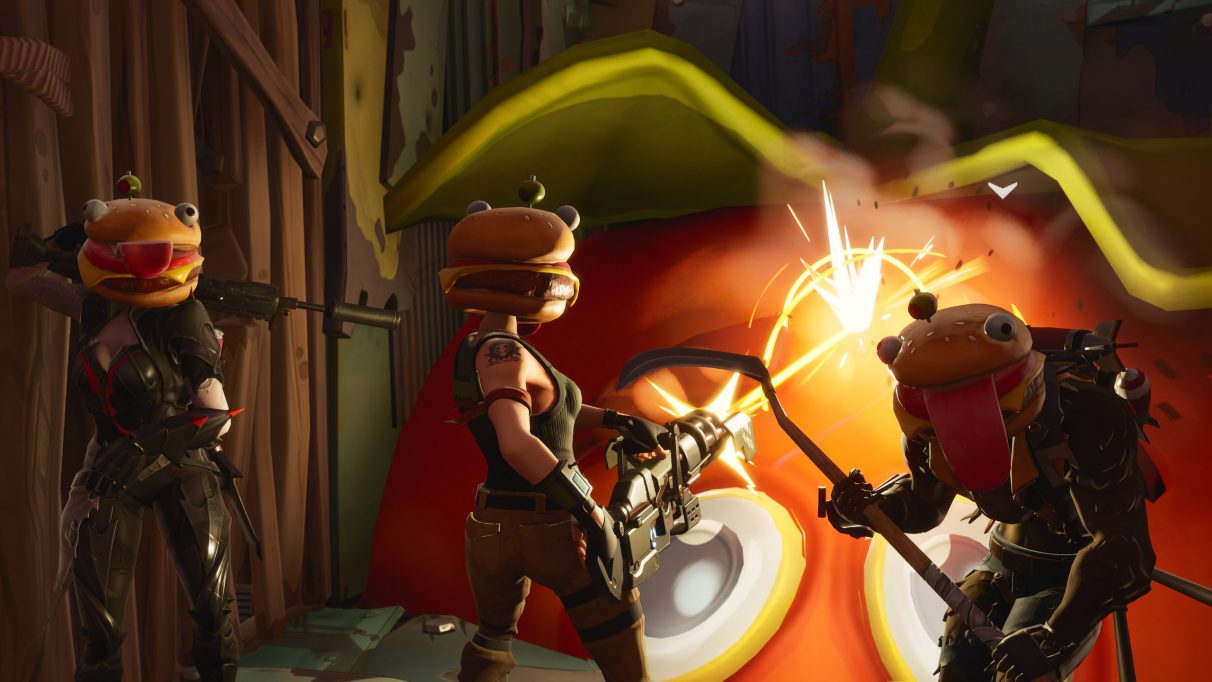 The premise is fun but Food Fight dragged a bit to me, with overlong round and poor chances for comebacks. I was playing with randos and don't much like building, though. Hey, novelty is still worth something. Besides, the 50v50 Disco Domination mode is still live and that's a lark.

You'll like also see Food Fight players sat on the new Mounted Turret, a honking great autocannon we can spin around in while firing so very many bullets. I'm not sure how useful they will be outside large event modes, as a static target behind a cannon is still a static target. But I will enjoy mucking about with 'em in events. 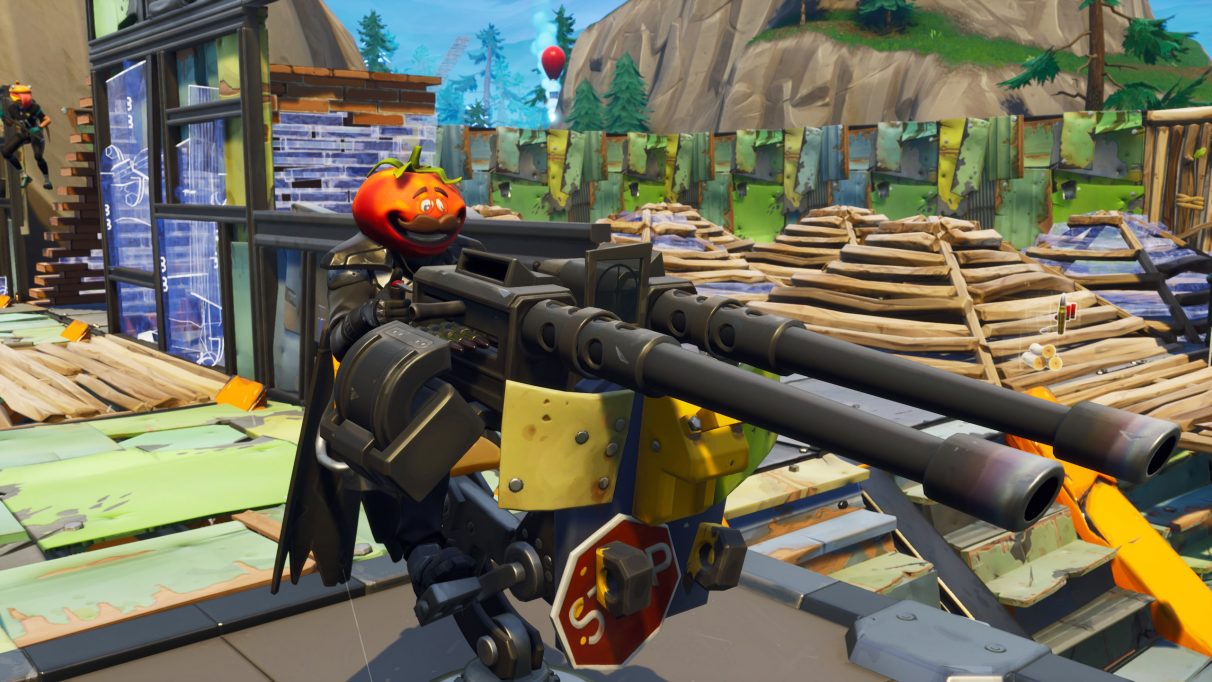 Epic are still fiddling with gliders, changing whether people can or can't redeploy them in mid-air. They're now off again in regular modes, so don't go jumping off cliffs expecting you'll be able to glide to safety. Epic say they've left redeploying on in large event modes and the Playground sandbox "to allow ongoing experimentation with this feature."

version 6.30 patch notes for more on everything. This includes an overhaul of the main menus in Save The World, the cooperative build-o-surviver Fortnite started as. Epic do still plan to make that free-to-play, so making it friendlier is a big step.