The ability to redeploy your glider like a flying squirrel any time you please in Fortnite Battle Royale has returned, kinda. Once an unlimited ability, it's now tied to an item you'll need to find and which only has ten charges. As someone who only dabbles in Fortnite's 50v50 madcap modes between my weeks-long matches in Ian Iannucci's Battle For Basildon, I like glider-redeploying as a fun way to zip about a hectic battlefield. I understand people who play it seriously were frustrated with how much its presence changed things. So... now we're all half-content? Today's update does bring more wackiness, mind, in the form of a low-gravity, snipers-only event mode.

The new 'Gliders' item is what'll let you Batman around the place, found as a Rare from basically everywhere. It takes an inventory slot but doesn't need to be selected and activated, used simply by jumping in mid-air as before. They only come with ten charges, so it's an item to use tactically rather than just all the time forever non-stop because gliding is cool. Boo.

That's a feature Epic have experimented with for a while, first trying it in event modes, then pushing it to the main mode, then removing it, and now tying it to a limited item. They want to like fun, but just can't quite commit to it.

Hey, at least this time they didn't add a hugely overpowered item in the middle of a tournament.

A Scoped Revolver arrives today too, a weapon which I believe will mark its wielders as baddies. Classic movie villain weapon, that. Or classic overburdened CS replacement weapon model. Either way: one for wrong'uns. It's only available as Epic and Legendary, so you'll need to root around. 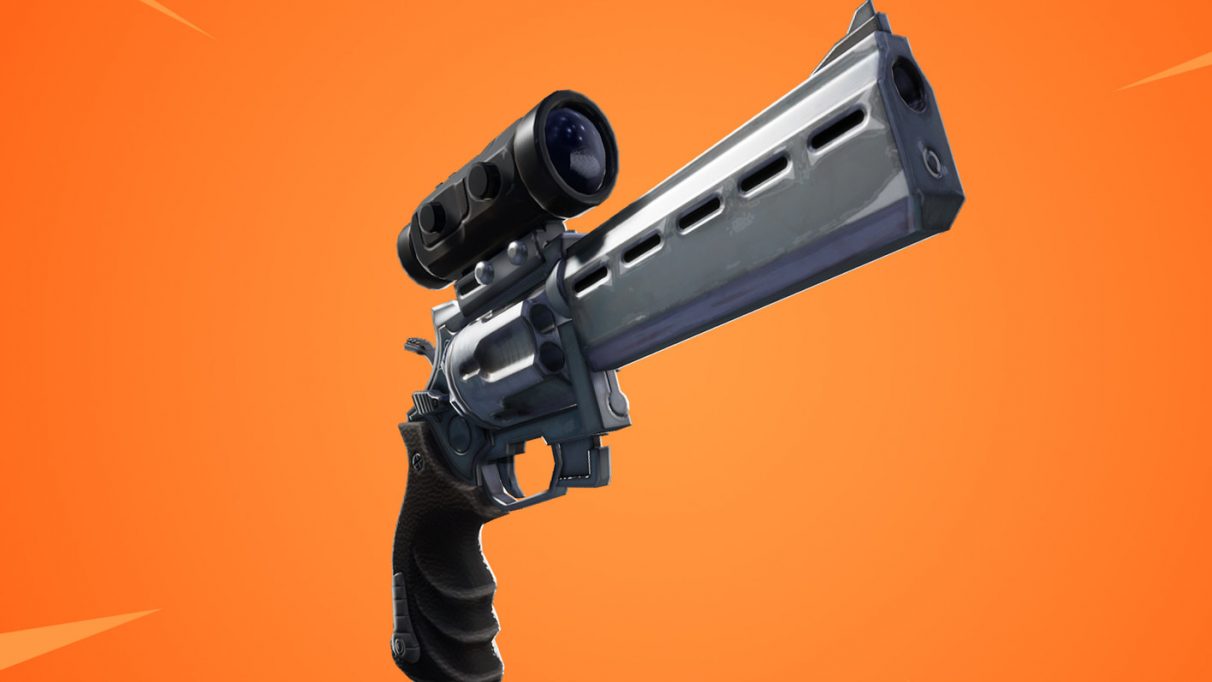 As for the 'One Shot' event mode, that's yer classic low-grav snipers-only match. Gravity is lower, the circle closes faster, Hunting Rifles and Sniper Rifles are the only weapons you'll find, everyone starts with 50 health, and bandages are the only healing item available.

A number of balance changes hit today too. These include making the minigun spin up faster but overheat after 6 seconds of continuous fire, giving more snipers the same bullet trajectory as the Heavy Sniper, and lowering the rarity levels of Balloons, Stink Bombs, and the Scoped AR so they're more common.

See the version 7.20 patch notes for more on everything.

if you want to be cool like the kids but don't know your Greasy Grove from your Polar Peak, our Ollie's Fortnite guide should help get you started.