Epic Games have announced the big new feature for Fortnite's seventh season: Fortnite Creative, a free construction sandbox where players can build their own custom multiplayer modes alone or with pals. Formally announced here, it looks a lot like the Forge mode from later Halo games, and a lot more fleshed out than the earlier Playground mode. Multiple island maps to build on, a sack of building blocks, options to set up custom game modes and all the spawn points, weapon placements and vehicles you need to spice up a game. Take a peek at the announcement trailer below.

Those with the latest Fortnite Battle Pass can jump into this Creative mode tomorrow for some early public testing. Epic state that the mode is "new and exciting, but not final", though they aren't putting any kind of beta or alpha label on it. In a week - starting next Thursday, December 13th - everyone can play around with the new mode for free. On their announcement page, they also have a bundle of links to YouTubers who have been poking around Fortnite Creative early, giving some tips for the first wave of creators. One of them, Lachlan, somehow leaked his video early - oops?

Thanks to Lachlan's fumble (it looks like Epic aren't too upset, as they're still linking to his channel in the announcement), fan-site Fortnite Intel have been breaking down the features of the new mode here. Creative mode is limited to friends or invited folks only, and supports up to sixteen players. The host player can decide whether they want to be the sole person with building rights, or if anyone who joins can plonk down a few blocks. The Creative sandbox is broken up into islands of varying shape and size, with rifts at their edges connecting them. All work is saved as you go.

It looks very much like Halo's Forge mode, with players able to fly freely and construct as much as they want, so long as they stay within a memory limit assigned to the server. The options provided are immediately familiar for anyone's who's played around in Forge, too - there are basic free-for-all or deathmatch modes available, you can assign teams, time limits and spawn locations. Player health and shields can be set, all that jazz. For more esoteric games, players can set up their own timer boards and manual scoreboards, although someone needs to play umpire. 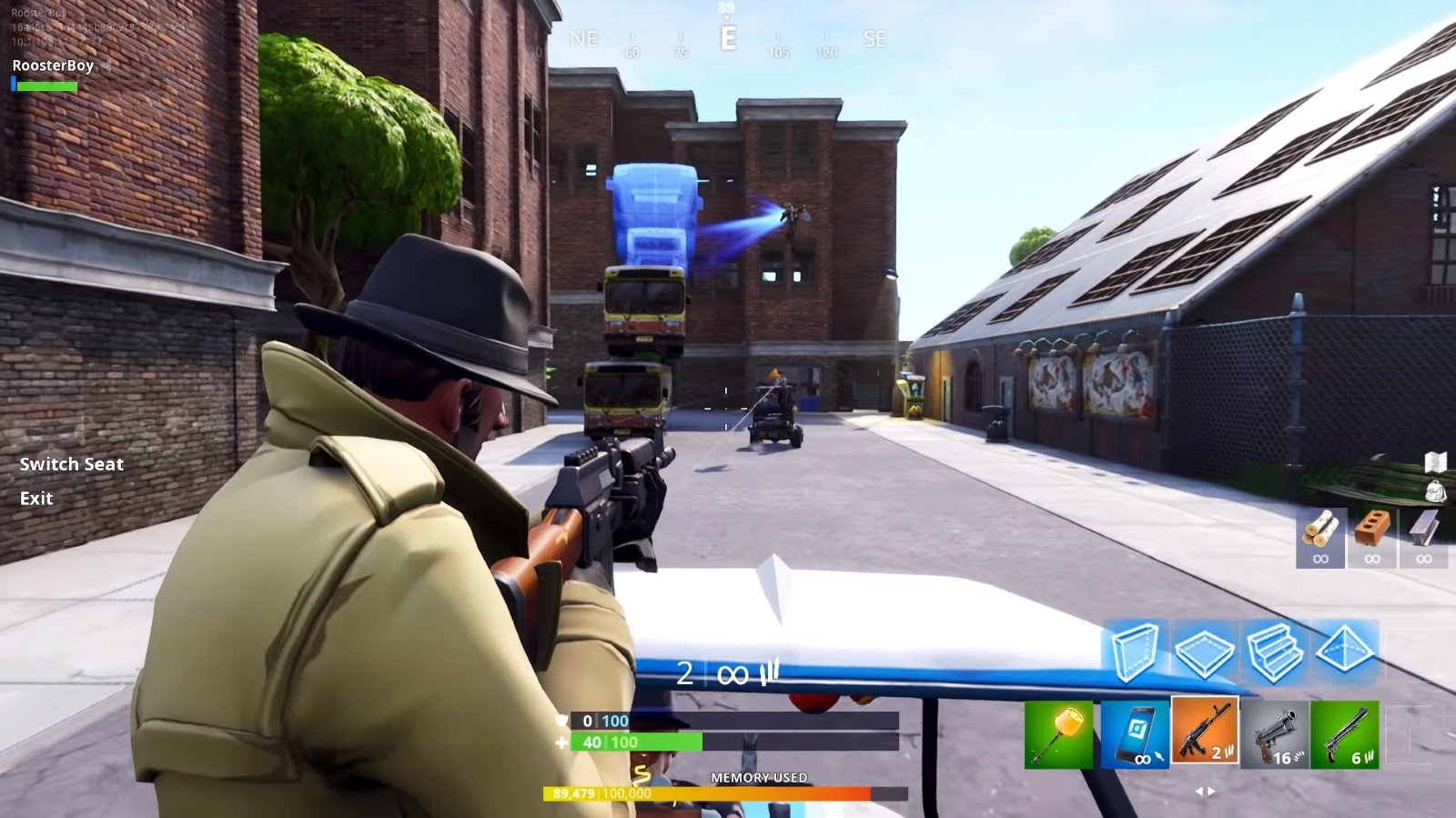 There's a lot of different building blocks, too. Far more than regular Fortnite, with materials ranging from untextured, brightly coloured primitives to sleek, polished metal surfaces. There's ice blocks, player-damaging traps and more. I fully expect this mode to grow and add more options over time. I'd also not be too surprised to see Epic featuring the best player-made modes. It's a major step away from Fortnite just being that game where a hundred idiots shoot each other until there's only one standing, and could help cement the game's top dog position for years to come.