There are a hell of a lot of Warhammer games out there. But while we've got grimdark trash and genre-defining classics, there have been very few games set in Games Workshop's newest setting. The Old World's been dead a long time - and with few exceptions, nobody's taken a real crack at Warhammer: Age Of Sigmar's multi-dimensional mythos. Until this week, when Elite Dangerous and Planet Coaster devs Frontier revealed plans to release a Mortal Realms real-time strategy within the next few years.

Frontier made the announcement in an IP Licence and Trading Update on May 1st, with CEO David Braben announcing delight at partnering with Games Workshop to create "an immersive and accessible real-time strategy game on both PC and console".

I did have to double-take a moment to make sure that said Frontier and not Creative Assembly, the folks who've been making the latest batch of Warhammer strategy games. As far as I can tell, Frontier haven't ever dabbled in the RTS space. Galaxy-simulators and theme park tycoons, sure, but never something like this. But minus a mobile CCG and board game adaptation Warhammer Underworlds: Online (a board game I loathe, but one my partner deeply adores), there scant few Age Of Sigmar games kicking about these days. 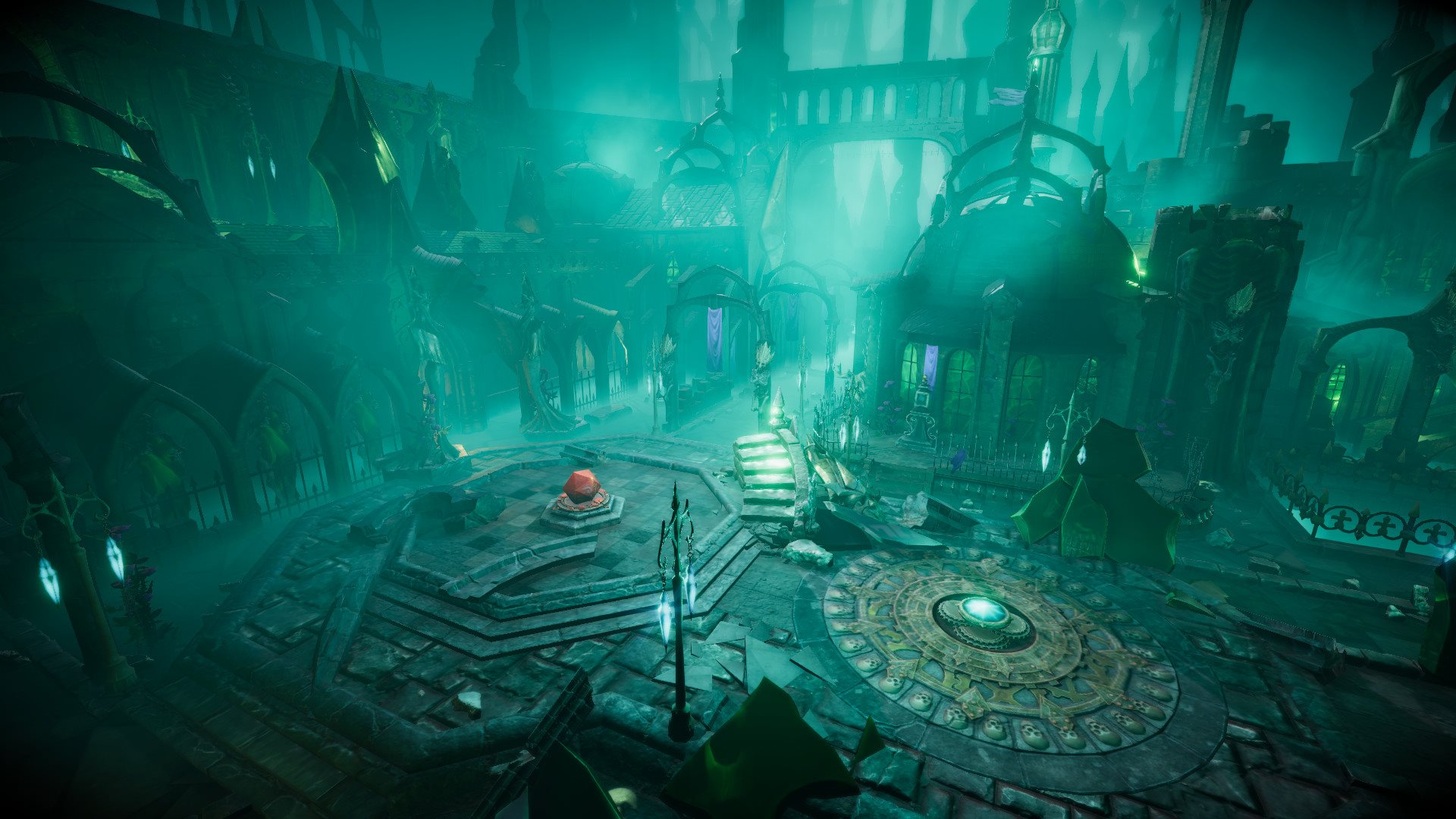 Most of the big Warhammer fantasy games - think Total War: Warhammer II and Vermintide 2 - take place in the Old World, a muddy bloody grimdark fantasy world wot Games Workshop blew up in 2015. Its replacement is a setting with ample scope to get real weird, real fast - more mythology than fantasy, deeply concerned with gods and heroes wrecking shit across celestial planes. Immortal not-Space Marines powered by lightning biffing up demons on the physical embodiment of some long-forgotten people's afterlife.

Underworlds didn't land for Sin (though seems a lifeline for now-housebound fans of the tabletop) for being too literal an adaptation of a physical game. But Creative Assembly found a perfect match in Warhammer's rank-n-flank miniatures and their own historical battles, while Relic created a brilliant strategy reimagining of Warhammer 40,000's faction-play in Dawn Of War's first run.

For now, though, it's too early to tell. All we know is that, whatever form it takes, Frontier's Warhammer RTS is set to release during the developers' 2023 financial year (May 2022-2023).

Elsewhere in the report, Frontier describe their reaction to the ongoing Covid-19 situation. With the company's full 500+ workforce now working from home, Elite: Dangerous' Next Era update has been pushed from December 2020 to early 2021.