The second paid expansion for free-to-play fantasy MMORPG Guild Wars 2 [official site] will launch on September 22nd, developers ArenaNet announced today. Guild Wars 2: Path of Fire will return to the Crystal Desert from the first game along with Elona from its Nightfall expansion. Continuing to follow and fight the return of the god of war, Path of Fire will also introduce mounts and new elite specialisations for all classes. Here, check out the big ol' video that ArenaNet streamed to announce all this:

"Balthazar threatens the Crystal Desert and adjoining kingdom of Elona with his Forged legions. Explore vast new maps filled with magic-drenched desert plains, ancient temples and ruins, and beautiful oases. Uncover the secrets of Tyria's history, and discover the fate of the Elonian people after years of silence."

So off we'll go, exploring and questing and fighting across five new maps. The Crystal Desert was always one of my favourite places in the first game, an eerie emptiness with deserted settlements and vast statues. Few people visited many of its corners, so it felt lonely even in towns. I quite fancy heading back, and some of the stranger places in this video look wonderful.

Head on over to Path of Fire's page for more information on everything.

And dang, just like always, Guild Wars has some amazing concept art: 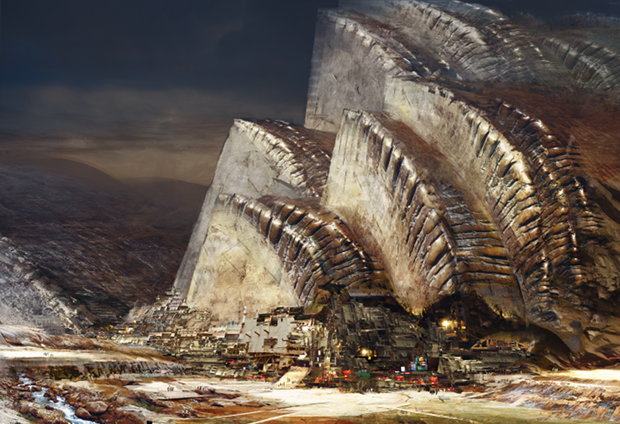