Hadr is an indie puzzle game that one would, I suppose, mostly describe as physics-based, if we were being very dry about it. You are a cloth, or several bits of cloth, depending on the level, and anything that you can cover up will vanish. A birdcage. A lamp. Most of a sofa. Whomph. Gone. I suspect is intended to be melancholic and floaty.

Except. Except. I found it incredibly sinister.

I don't mean to be a parody of myself, but I really felt like I was playing a metaphor for being a terrible murderer.

This doesn't mean Hadr is bad, by the way. I did find the controls a little frustrating. I suppose a game where you play as a floaty cloth necessitates the controls being, well, floaty. I got stuck on things a lot, and it did often take me a while to actually be able to cover something in the correct way, such that it would disappear. Also sometimes something would fall on my cloth and then I would be stuck flailing around, which is when the cloth suddenly had a lot of personality - like, it actually looked frustrated.

The disappearing is emotive. It takes maybe a second, perhaps a heartbeat or so, between you covering whatever you're intending to vanish, and the shape under your silky folds to suddenly collapse into nothing. It's just the emotion I experienced wasn't sadness but... guilt? A tinge of horror? And this piled up every time I presto'd something away until I became convinced that rather than disappearing inanimate objects, I was in fact suffocating the innocent.

Partly this is because on a recent podcast episode we talked about a Dungeons & Dragons monster that is just a rug that suffocates people. Partly it is because many of the levels (each a puzzle where you have to glomph away enough of the right items) all seemed to be classic serial killer victim-stalking locations, per my understanding gleaned from Criminal Minds. A train. A bar. A flat with weird lighting and loud music playing. Partly it is the music of the game, which is the sort of thing I imagine would play at a funeral for someone I didn't like. 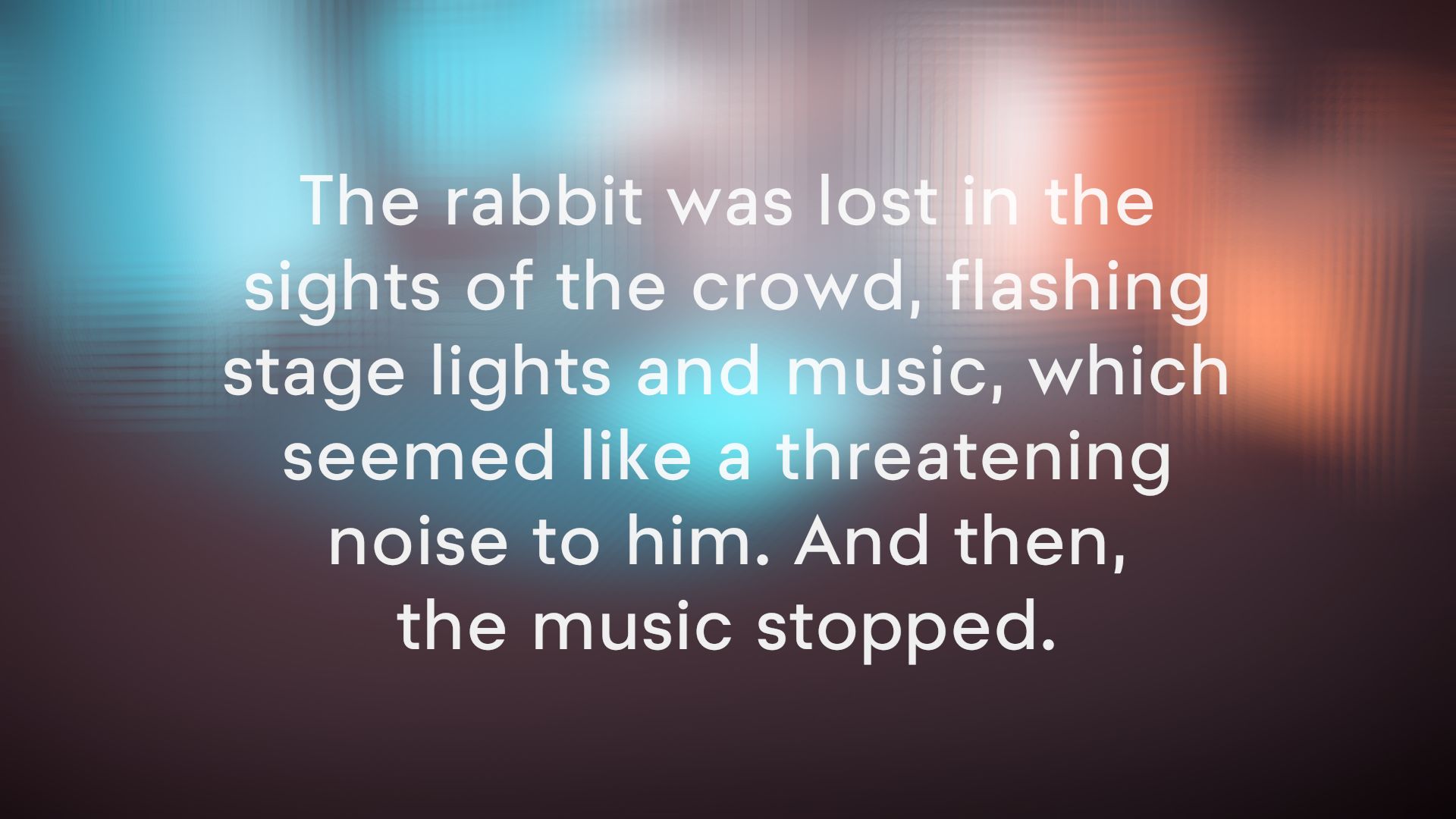 But then on top of that, the levels are introduced with little snippets of a story about a magician's rabbit being disappeared and being afraid, which is probably a sweet and sad metaphor but in the state of mind I was in became the sort of strange parable a murderer (in this case the... the Clothman?) would ritualistically read to each of his victims before finally suffocating them. And he's, like, convincing himself that he's doing the right thing because the world is so cruel to little bunnies, or whatever.

I am quite sure this was not the devs' ultimate intention, and probably says more about me than about it. Alas, when we send something out into the world, we cannot control what happens when a weirdo comes across it. I know I have form for this, as well. I described puzzle game Manifold Garden as "actually a horror game" in my review (although in that case the developer has confirmed that I was sorta correct).

Luckily, a demo exists for Hadr, and it's out now on Steam and Itch, so you can judge for yourself. Careful around your dishcloths, anyway.