If you're looking forward to Half-Life: Alyx as much as we are here at RPS (it's one of our most exciting games of 2020, don't you know), then you'll want to make sure your PC is prepped and ready to play it come its big release day on March 23rd. The good news is that you don't need an expensive Valve Index headset to run it, as Half-Life: Alyx can be played on practically every VR headset under the sun, including cheap Windows Mixed Reality devices, and even the Oculus Quest if you connect it to your PC via a link cable. To find out more, read my How to pay Half-Life: Alyx on Oculus Quest guide.

Half-Life: Alyx will run on any VR headset that's compatible with SteamVR, which means you can use the following VR headsets to get your Half-Life VR fix and gaze longingly at its iconic environments and rather nifty reload animations:

Half-Life: Alyx also supports all manner of different play styles, including room-scale, seated or standing up, and works regardless of whether you've got finger-tracking controllers or older trigger-based ones. It has three different movement options, too: teleporting (with a small fade-out as you move from point A to point B), "shift" (which involves a smooth zoom between different points), and continuous where you use the analogue stick on your controller to run or walk.

As a result, you really don't need to spend loads of money on a fancy pants VR headset in order to play it, as Valve have sensibly covered pretty much every option currently available. However, just because Half-Life: Alyx works with every VR headset going doesn't necessarily mean your current PC will be able to run it. Below, for example, are the minimum specifications for all of today's mainstream PC-based VR headsets:

The minimum PC requirements for Half-Life: Alyx, on the other hand, are a bit higher most of the minimum headset requirements I've listed above, so you may need to think about upgrading your PC if your current one only just about meets your respective VR headset specs.

Thankfully, most of Half-Life: Alyx's minimum PC specs aren't actually that demanding. It does have quite a high RAM requirement, all told, so if your PC only has 8GB at the moment then it might be time to step up to 16GB, but otherwise Valve's CPU and GPU choices are fairly reasonable. Both the GTX 1060 and RX 580 are getting on a bit now, as are the minimum CPUs, so if you've bought or built a PC in the last couple of years then you should be pretty set.

How to build a PC for Half-Life: Alyx

However, if you are in need of in upgrade, then I've put together a recommended PC build below to get your PC Half-Life: Alyx ready. The good news is that the modern equivalents of those minimum specs aren't massively expensive, so you shouldn't need to spend a fortune before the game comes out. Most of the components listed below are the same as what you'll find in our official RPS Rig, which details everything you need to build a decent 1080p gaming PC for under £1000 (including a monitor and all your peripherals), but there are a couple of changes due to that aforementioned big RAM requirement. 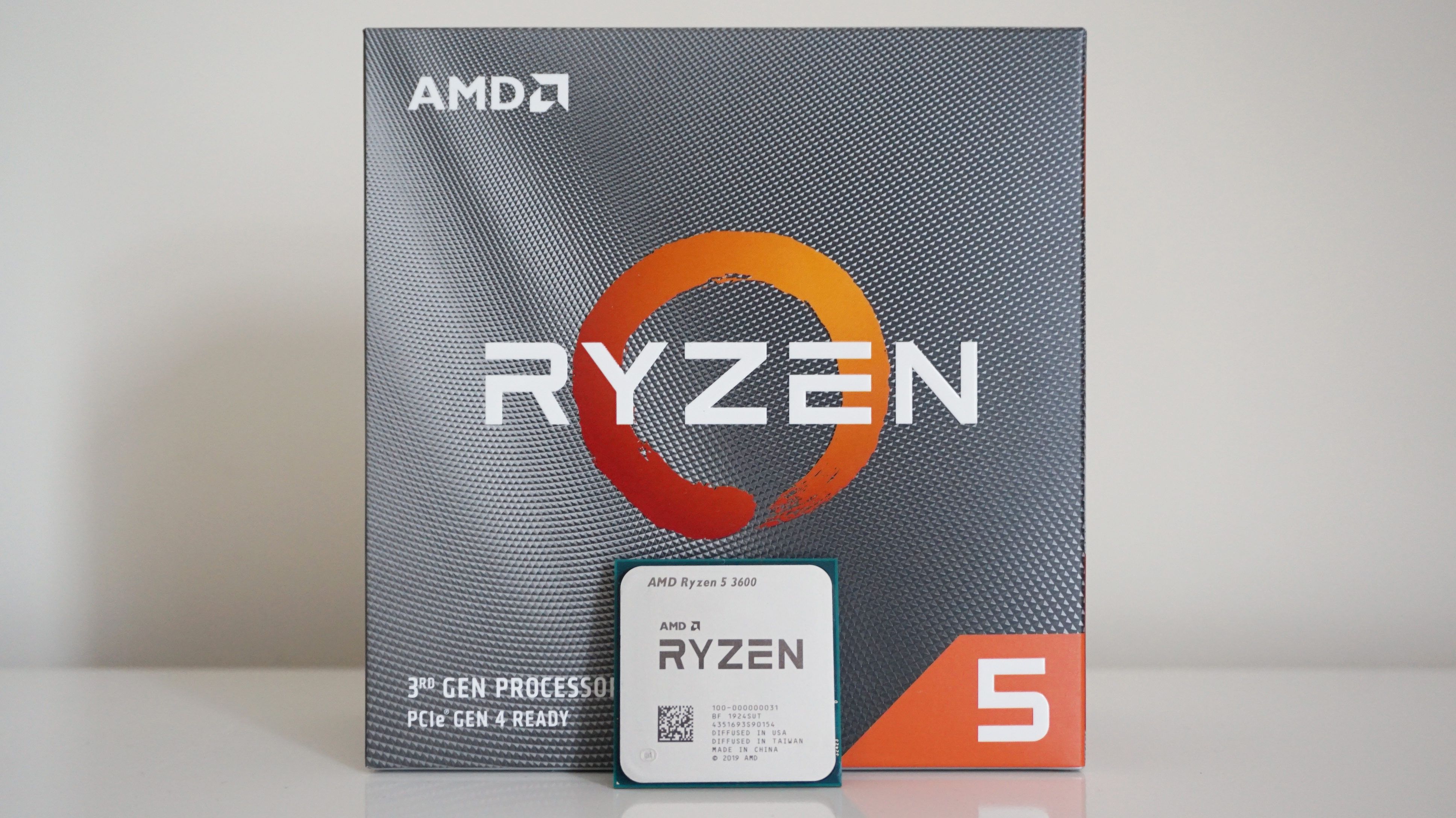 The AMD Ryzen 5 3600 is a fantastic CPU and it's currently my best gaming CPU pick for those after a top-notch mid-range AMD processor. It also comes with its own (and very good) cooler in the box, too, which helps save on cost. To see exactly how it shapes up to its other AMD and Intel competition, have a read of our AMD Ryzen 5 3600 review.

Admittedly, you can technically get the AMD Ryzen 5 3600 for a couple of quid cheaper over on Amazon where it's £152, but if UK buyers get this from CCL together with the AsRock motherboard I've mentioned below then CCL will make sure the motherboard has the correct BIOS update installed to run your shiny new processor for free - which I think you'll agree is worth the extra few quid you'll save by buying the CPU elsewhere. 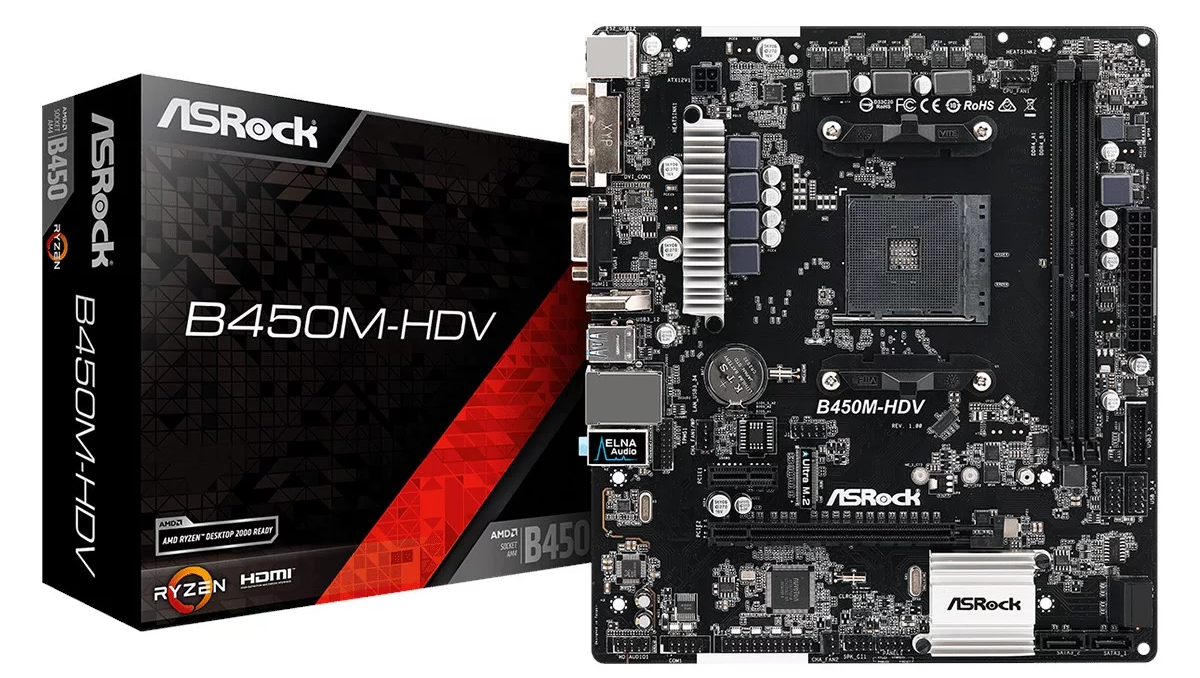 If you're buying a new CPU, then you're probably going to need a new motherboard to go with it, and this micro-ATX motherboard from AsRock has everything you need to form the foundation for a great gaming PC. It may not have the most impressive feature set compared to newer and more expensive X570 boards, but you still get six USB ports round the back (four of which are USB3), plus a Gigabit Ethernet port, three audio jacks, and four SATA ports for your SSD and any additional storage drives you might want to add further down the line. Plus, its PCIe 2.0 x1 slot sits above the main PCIe 3.0 x16 slot so it won't get obscured by your graphics card. 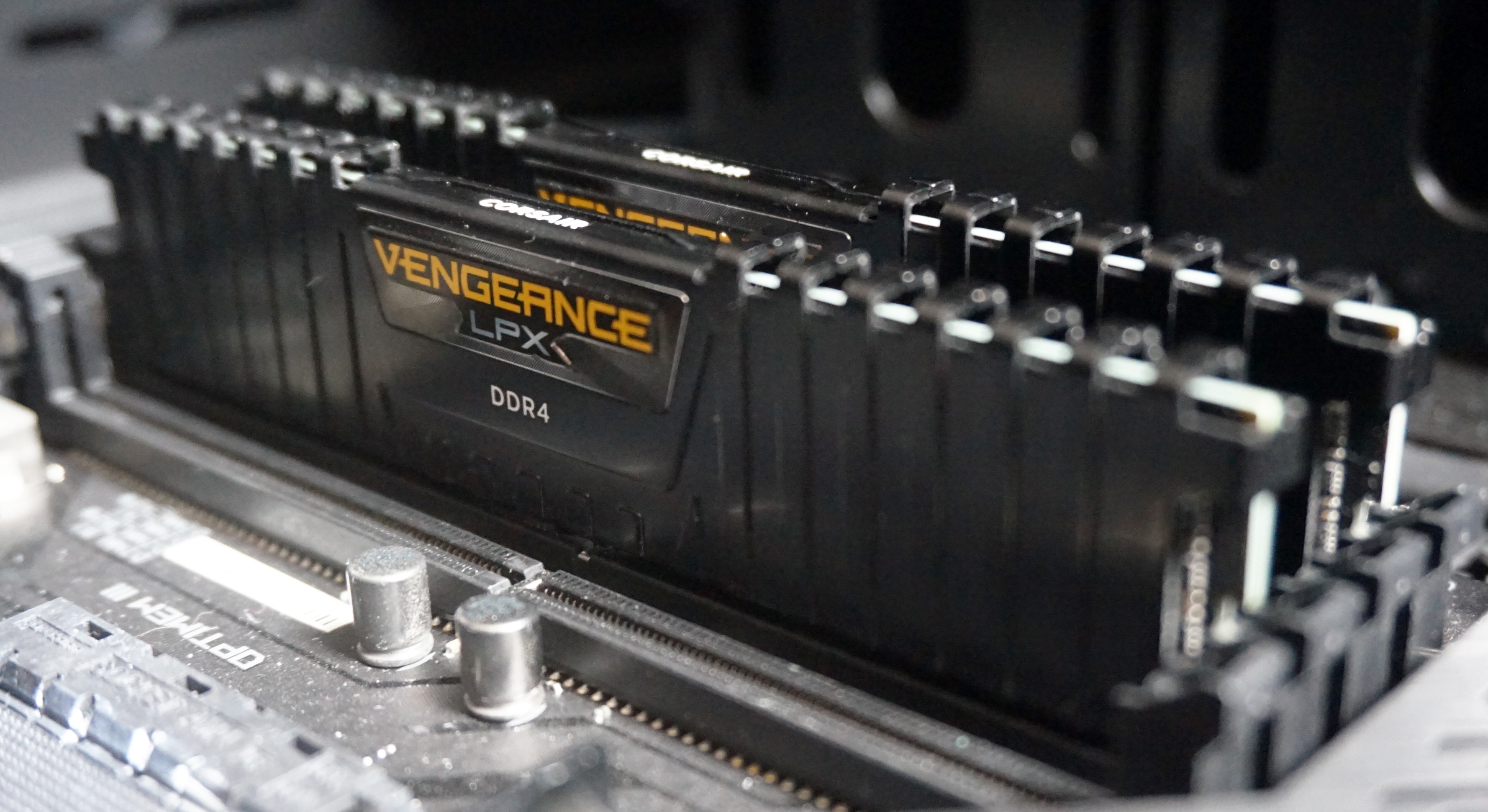 And if you're buying a new motherboard and CPU, chances are that you're also going to need some new RAM as well, as modern motherboards don't support older DDR3 sticks. Admittedly, 12GB is a bit of an odd amount to go for specifically, as RAM tends to work better when you've got two sticks that are identical in size and speed. As a result, I'd recommend going for this 2x 8GB 2666MHz set from Corsair, as they not only make excellent RAM, but their Vengeance LPX range is one of the best in the business. Plus, it's completely free of any RGB lighting, which practically comes as standard on more expensive models. You can always go for a faster 3000MHz model if you really want to push the boat out here, but 2666MHz is still perfectly fine for a modern day gaming PC. 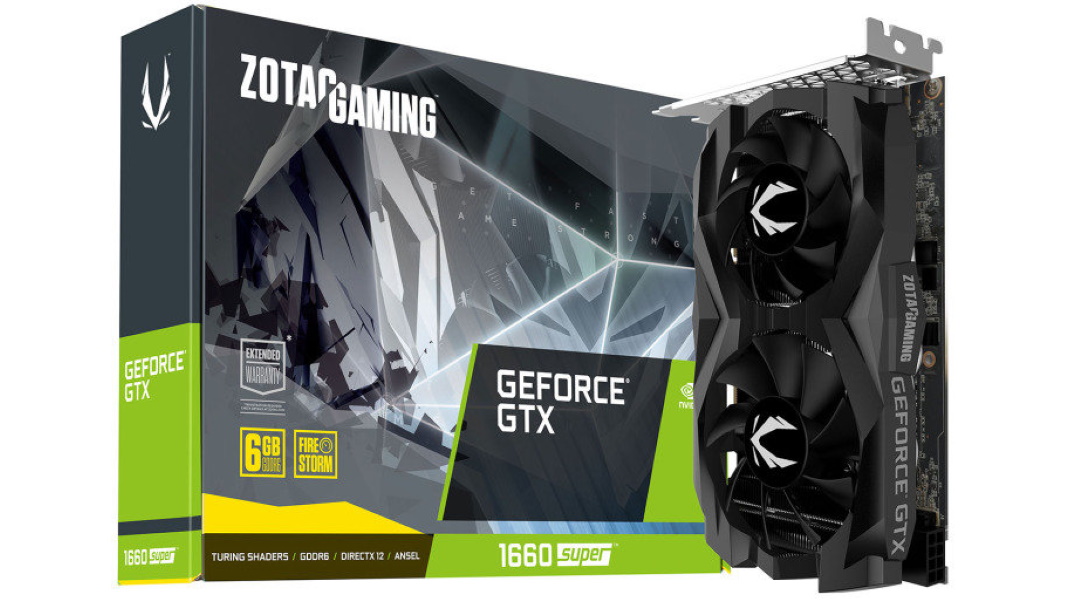 The sort-of direct successor to Nvidia's GTX 1060, the Nvidia GeForce GTX 1660 Super is one of best graphics cards you can buy right now for those on a budget. It's faster than the regular GTX 1660, and its performance almost matches the more expensive GTX 1660 Ti as well, so you may as well save yourself some cash and opt for the Super instead. Yes, the AMD Radeon RX 5500 XT is arguably the better value graphics card overall (what with the 8GB model currently costing £190 / $200 at time of writing, plus the fact it comes with oodles of free games, too), but I've gone with the GTX 1660 Super, here mostly because Nvidia GPUs are generally held to be a bit better for VR - although I'll be putting this theory to the test over the coming week. 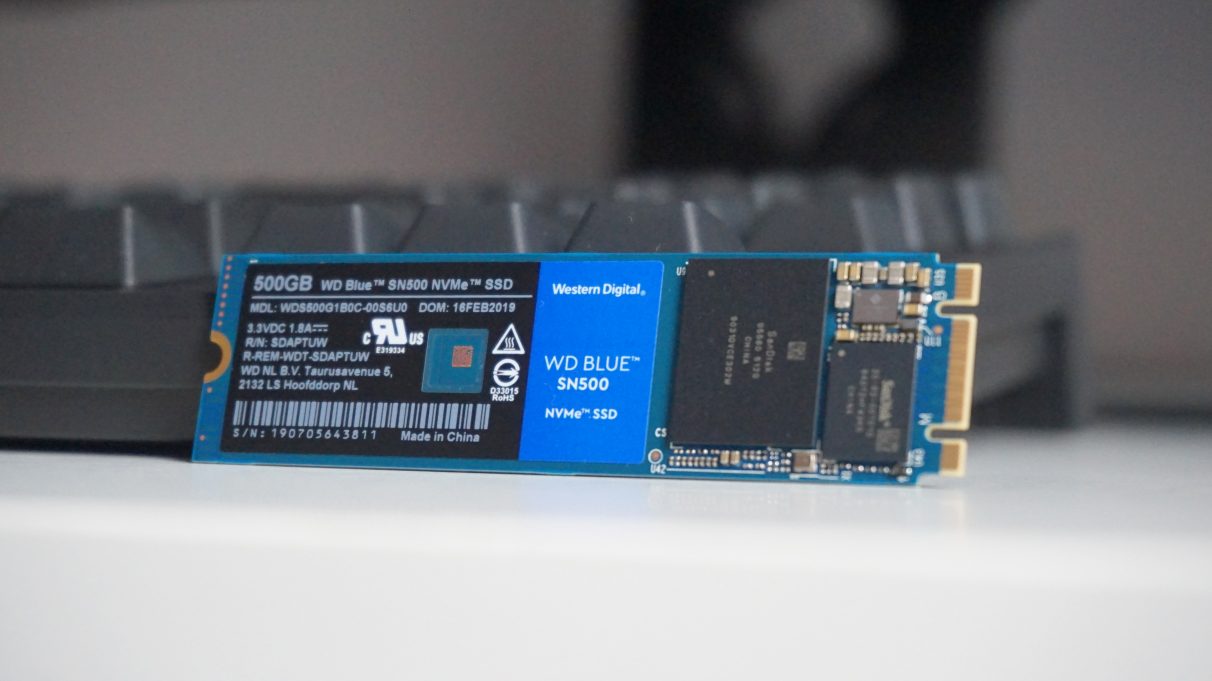 There are so many great SSDs around at the moment, but the 500GB WD Blue SN500 is arguably the best value for money. Not only is it cheaper or around the same price as a lot of budget 2.5in SATA SSDs these days, but it's NVMe form factor means you can stick it straight into your new motherboard without worrying about lots of messy cables round the back. It truly is one of the best SSDs you can buy today, and you can find out more in our WD Blue SN500 review. 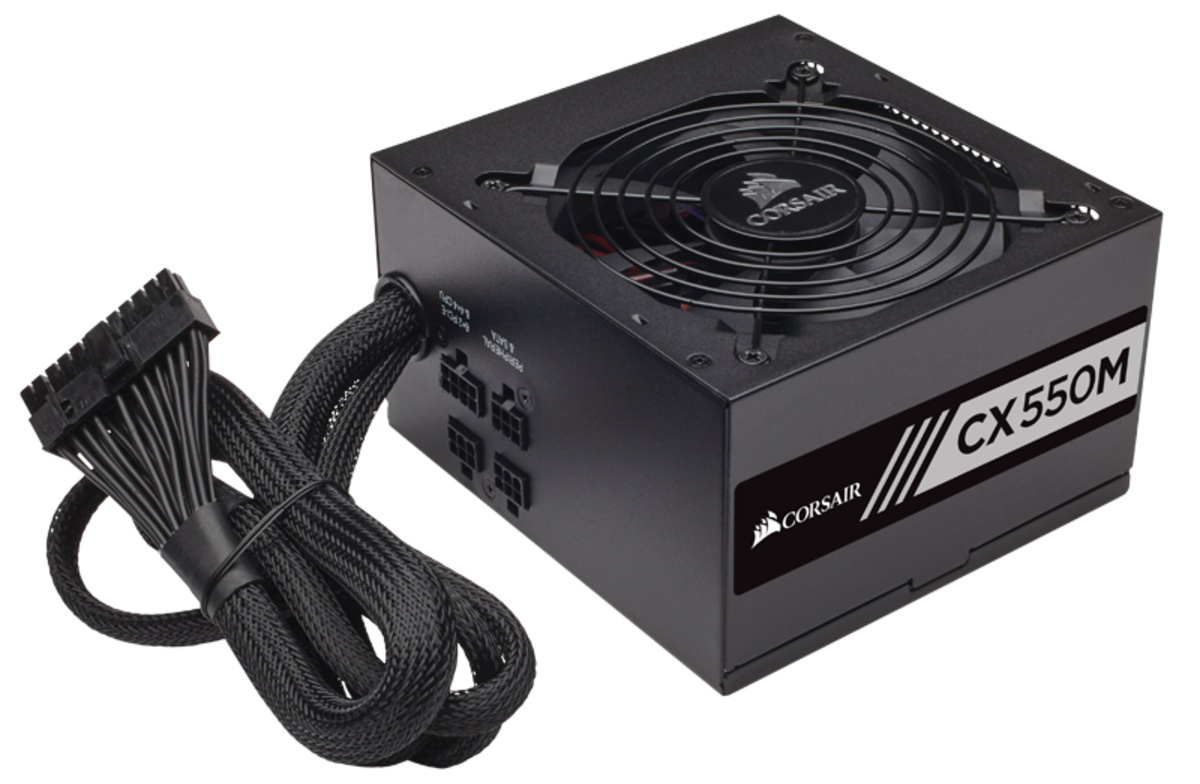 Your power supply is the beating heart of your PC, so it pays to get a good one. I've gone for the semi-modular version of Corsair's CX550 PSU (hence the extra M on the end of its name), as this allows for slightly tidier cable routing and overall cable management. You can always opt for the regular version if you want to save yourself another £20, but this means you'll likely have quite a few spare cables knocking around your case. Either way, the Corsair CX550 / CX550M should provide more than enough juice to power everything listed above. It's an 80 Plus Bronze rated PSU, too, which means it's nice and energy efficient.

The only thing remaining is a case to put everything in. I'll leave that one to your own discretion, as you may already have one in mind, or you might even have a case you're looking to reuse. Either way, all of the above should only set you back £609 / $699, which isn't too shabby in the grand scheme of things.

As I said above, I'll be putting together a more thorough performance analysis of how Half-Life: Alyx runs on various headsets and PC specs in time for the game's release on March 23rd, so make sure to watch out for that as well if you're thinking about doing a more substantial upgrade to your existing PC. For now, though, the components I've listed above will definitely meet the minimum PC requirements for Half-Life: Alyx, and at the very least should hopefully give you a bit of an idea about how much you'll need to spend to make sure your PC is up to snuff.

Don't forget, you can still play the Half-Life collection free on Steam until Alyx comes out on Steam, and the full and final version of Black Mesa has just come out as well (which, if you're anything like Graham, you can also mod so you can play Half-Life 1 in VR). Alternatively, there's probably still time to squeeze in a couple of our best VR games before Alyx comes out, or you could spend the rest of this week watching Valve's three Half-Life: Alyx gameplay videos on loop instead. As that old saying goes, "It's time to choose..."