Baba Is You. You control Baba. Cute lil pixely pal Baba. In the first level, you’re given some pretty simple prompts. Baba Is You, Rock is Push, Flag is Win, and Wall is Stop. Thankfully, these all seem intuitive. You can’t pass through the wall, but you can push the rock. Moving around with the arrow keys controls Baba. Touch the flag to win.

How about the second level, which puts you in a walled-off portion of a map, away from the flag that lets you win? Well, you can push the words around too. ‘Wall is Stop’ can be moved so that Wall is no longer Stop, meaning you can just pass through the wall like it isn’t there.

It’s at this point you start to think of the objects less in terms of their real-world capacities, like a wall blocking you off from the next area, and more as a series of objects which can take different forms with many different effects.

Now, let’s jump forward to the third set of levels. It’s a pretty big jump. It adds new keywords like ‘Hot’ (which destroys things coded as ‘Melt’) and ‘Tele’, which teleports you between two of the same object. 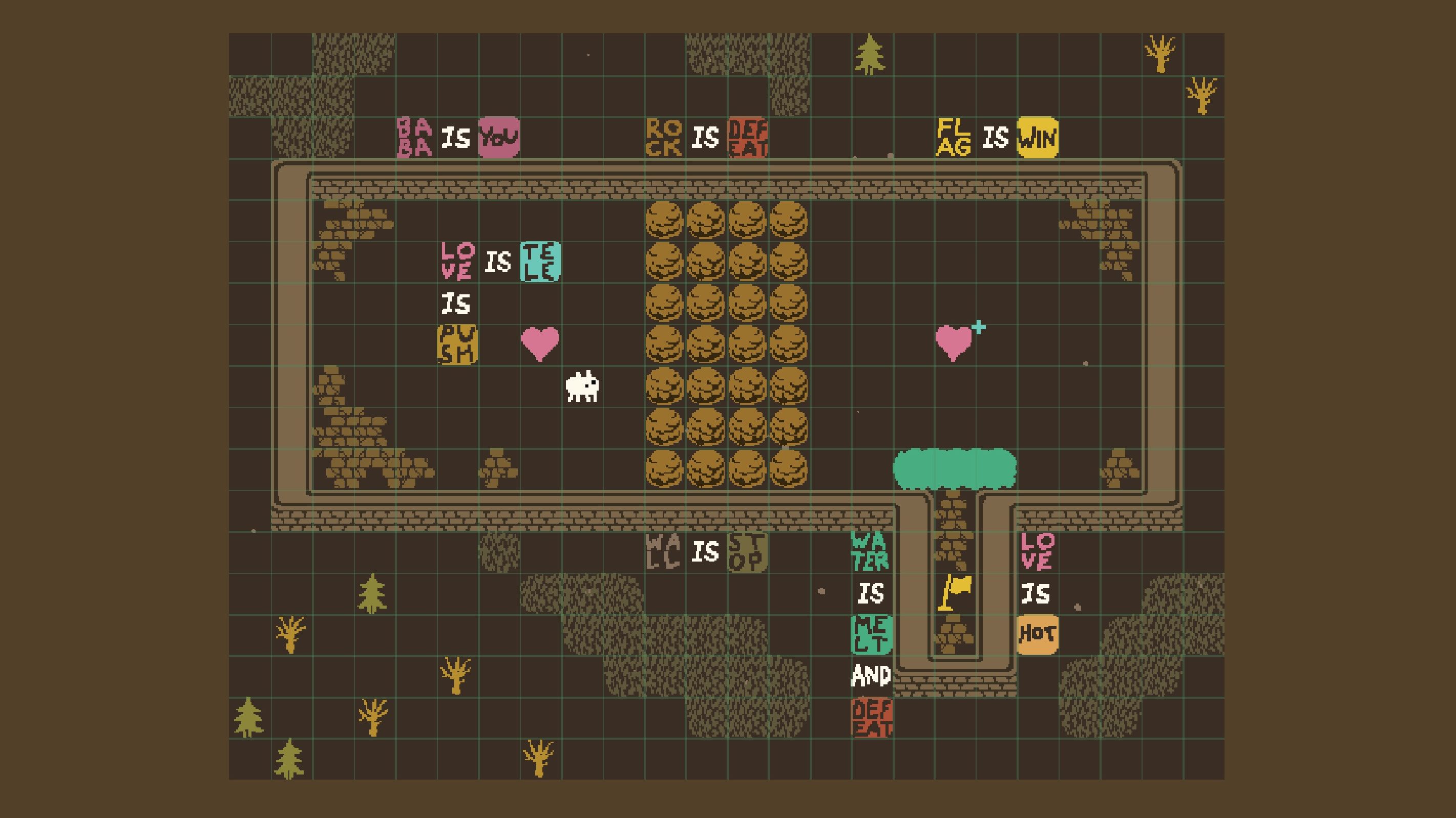 In the image above, if 'Love is Hot', we need to get the love heart to touch the water and get it out of the way. But how? Well, we need to be on the right hand side and have 'Love is Push' as a rule, so we can push it downwards... It might take you a bit of trial and error, but once you know your actual goal, it’s super satisfying to work it out.

Every level is a bloody mindbender, and some people’s brains will be better wired than mine to figure this stuff out. Once you start thinking in Baba, though, your mind becomes a puzzle-solving machine. Entering into that trance-like state where you see the Matrix and can start chucking puzzles out of the way with ease is what I’m here for. I bloody love Baba Is You.