When For Honor first pummelled its way onto the parapets of PC gaming, it was frustrating. The blow-by-blow of this ahistorical brawler presented a tough fighting game with all sorts of dastardly antics thrown in. Ledges, spikes, traps, ladders. But the gamey infrastructure around it was a disaster. Disconnections, lag, crappy matchmaking, and that all-too-common stinginess when it came to post-match rewards. A rusty pair of shin guards? Gee, thanks.

Today, it's better. The stinginess never really went away, but most of the other problems have. Leaving a solid fighting game about booting people off high walls.

There are a bunch of heroes added since launch too. There's a monk who can freeze up in a Shaolin stance, then deflect incoming sword-swings at the last second. There's a vicious Viking blood shaman who can leap onto people and bite a chunk out of their neck. There's an unsettling masked warrior who delivers creepy whispers as she swings an axe at your face. In loading screens, all other heroes sway and twitch and shift their weight. This masked warrior just stands there, still as a windless lake. She scares me. 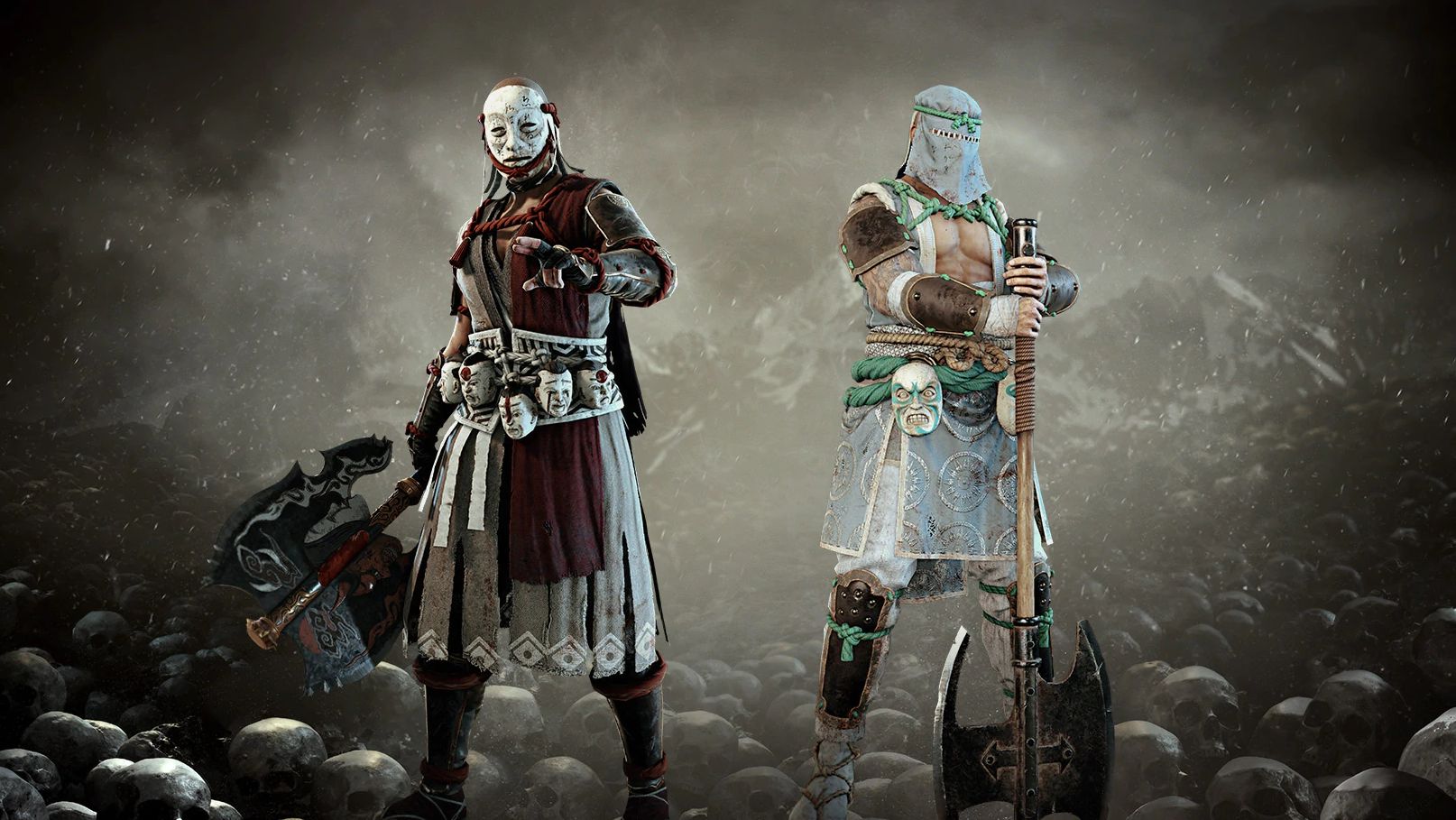 I hesitate to praise the game's current strength as a "turnaround". Because Ubisoft (and us journos) have a habit of transforming the understandably slow and incremental improvement of a videogame into some sort of redemptive tale of heroism, a rise from the ashes. For a while, every Rainbow Six Siege article on the planet would talk about its miraculous return from the grave, as if it was not the sensible financial strategy of a giant company to nurture its own expensive game baby past the point of birth, rather than abandoning it in a car park like a box of unwanted kittens.

But it is worth praising For Honor today. The crowd at Ubi have kept things up, adding dedicated servers to stem the net problems, and have been regularly adding those new terror heroes. There is still some free-to-play tight-arsery when it comes to buying those heroes using "steel" digicash (For Honor is not technically a free-to-play game, it just feels like one). But having jumped back into these blood-spattered battlefields the last couple of months, I'm reminded of all the great stand-offs and war trickery and murderfolk. The blood shaman has captured my heart.

She tore it out with her bare hands.