War never changes, but it has lost a little weight. Ubisoft made every character tiny in For Honor for April Fools' day, and they have yet to reembiggen. They still whack at each other with normal-sized weapons though, making things very anime. Me and Reddit have been having fun.

They've also given everyone a squeaky chipmunk voice, and sure, why not. It makes getting shoved off a cliff less painful.

I like it when my monk leaps through the air with his big stick. 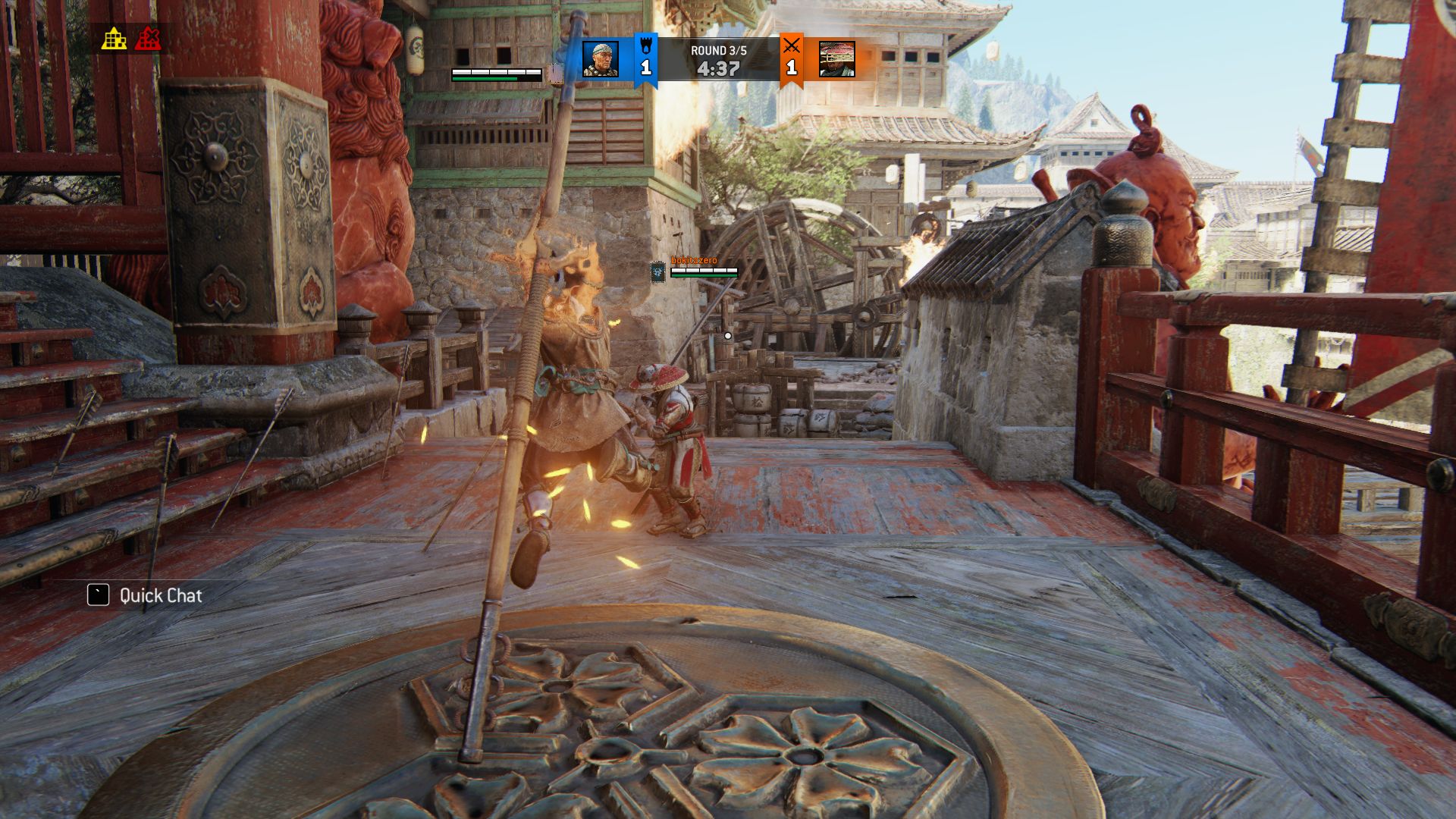 As you'd expect, Reddit is packed with tiny warmongers. Here's a scary beheading:

Behold the power of mini headbutts from r/forhonor

And a musical interlude:

Imagine time traveling back to 2017 when For Honor first came out, showing players this video, and telling them, "this is what the game will look like in 3 years" from r/forhonor

Ubisoft plan to restore normality at 2pm UK time today (9am ET), so hop in quick if you want to join the babby brawling. If you miss it, hey, at least you can be a baby in Mount And Blade 2: Bannerlord.

I'd say this is a strong contender for Fool of the year, but in terms of bang for buck it can't match Overwatch's googly eyes. PUBG's fantasy LARP wins overall, though. It's got a live-action trailer and everything.