Sometimes, there are game announcements that sound perfect. The creator of Mega Man and the director of Metroid Prime? Yes please. I don't care what it's about. Whatever it is, I want it. Then you see another trailer, and another, and you think: "Hmm… this isn't quite what I had in mind when I imagined a Metroid Prime meets Mega Man mash-up, but I'm sure it will be brilliant anyway! It's got to be, right? RIGHT?"

Then you play it and realise your mistake. This isn't Metroid meets Mega Man at all. This is ReCore, and it's one of the biggest disappointments of your entire existence.

All right, ReCore isn't all bad. It has a good robot dog called Mack and an even better robot spider called Seth that somehow manage to exude more life and emotion than anything else in the game, and it has a good robot gorilla called Duncan who's a dab hand at smashing things to pieces.

That's it. I'd like to say it was worth playing for your robo buds alone (Seth is a particular delight because he's just so darned cute when he gets all scared and frightened and skittish) but even these adorable companions don't really get the full billing they deserve. Instead, it's blando heroine Joule that gets all the credit (who's secretly bald underneath that scarf, I'll have you know, because the game glitched out on me once and ate her entire cap to reveal her smooth, naked skull beneath). She's such a pain to control that I'd often fling her off a platform to her doom just for the hell of it. 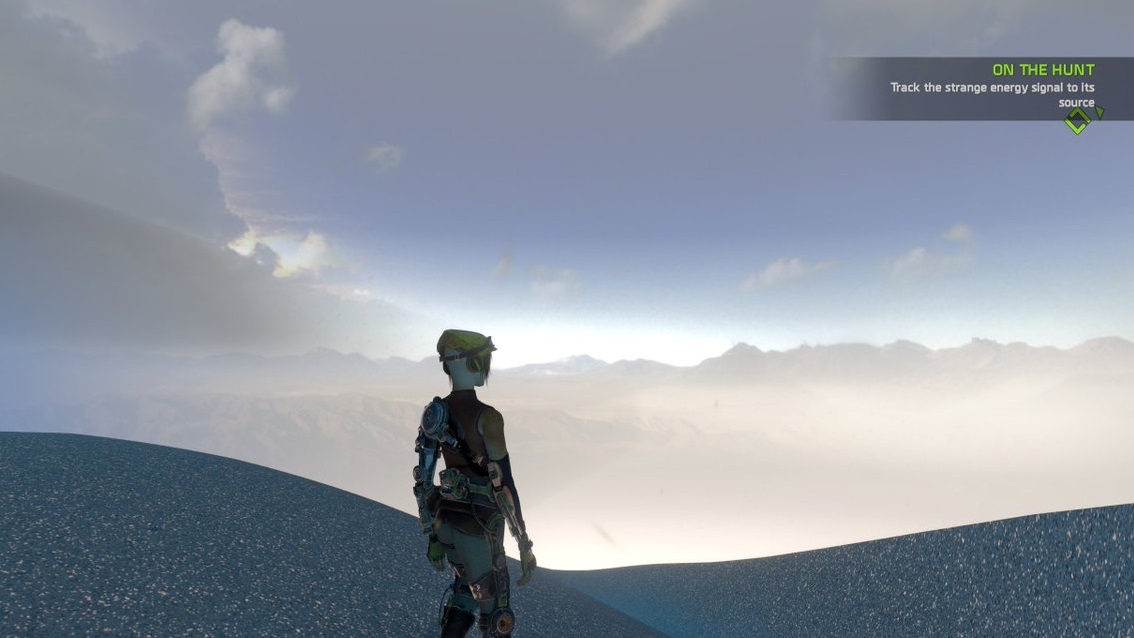 If only it made more of your pals during the endless battle sequences. Yes, they can help you in tight spots when you command them to do so, but the bulk of the work is left to Joule and her rifle, which often boils down to simply holding the shooty shooty button and dodging out of harm's way until all your robo enemies become a big pile of scrap. No wonder Seth's completely petrified of everything that moves, he's probably afraid Joule will turn her rifle on him if he doesn't do what he's told.

There's a neat colour-coded bullet system to get to grips with when you're dealing with multiple enemies at once, but when you spend hours and hours fighting the same handful of enemies over and over, it gets boring. The same goes for the barren sandscape of Far Eden itself. If there's one thing that always looks a bit budget and undercooked in games, it's deserts, and Far Eden is about as beige as gaming deserts come. Not only is it one big pile of nothing, but man alive the fetch quests it makes you go on through that big pile of nothing are enough to make you want to stick your head in the sand and welcome the robocalpyse with open arms.

You know what I would play, though? A game about Seth. That's what I want to know more about. None of this "Uh oh, all human life has gone extinct in this terrible terraforming project that was almost certainly doomed to fail since the beginning of time itself." I want a robo spider bud game about this oversized tin can getting over his chronic fear of the outside world so he can be the best spider bud he can be. I don't care whether it's any good or not. That's the perfect game I want and I want it now.