Before Monument Valley brought its Escher-inspired worlds to the iOS masses, there was The Bridge. Not to be confused with the excellent Scandi-crime drama of the same name (although it's arguably just as sinister thanks to the cold, dead, pupil-less eyes of the protagonist and the grinning, malicious balls everywhere just waiting to fall on your head), The Bridge is a twisty turny 2D logic puzzler from the minds of Ty Taylor and Mario Castaneda. And it's rather good.

Think of it almost as a proto-Gorogoa. While you aren't moving your strange little man across four different panels in The Bridge, you are tilting and manipulating the environment in order to create new pathways and find a way forward. It's a lot more structured than Gorogoa's endlessly flowing montage of interconnected puzzle scenes. Each stage requires you to fetch a key that unlocks the door at the end, for example. But it does mean you essentially get to see dozens of miniature paintings that look like they've come straight out of M. C. Escher's sketchbook, providing a feast for the eyes as well as the mind.

To simply call them gravity puzzles, though, would be reductive. These are devious and meticulously crafted optical illusions where image and form join together seamlessly to create something that simply wouldn't work in any other art style. Sure, the puzzles would be just as functional, but rooting them in Escher's mad world of upside down staircases and mathematically impossible objects elevates them to the next, gravity-defying level. 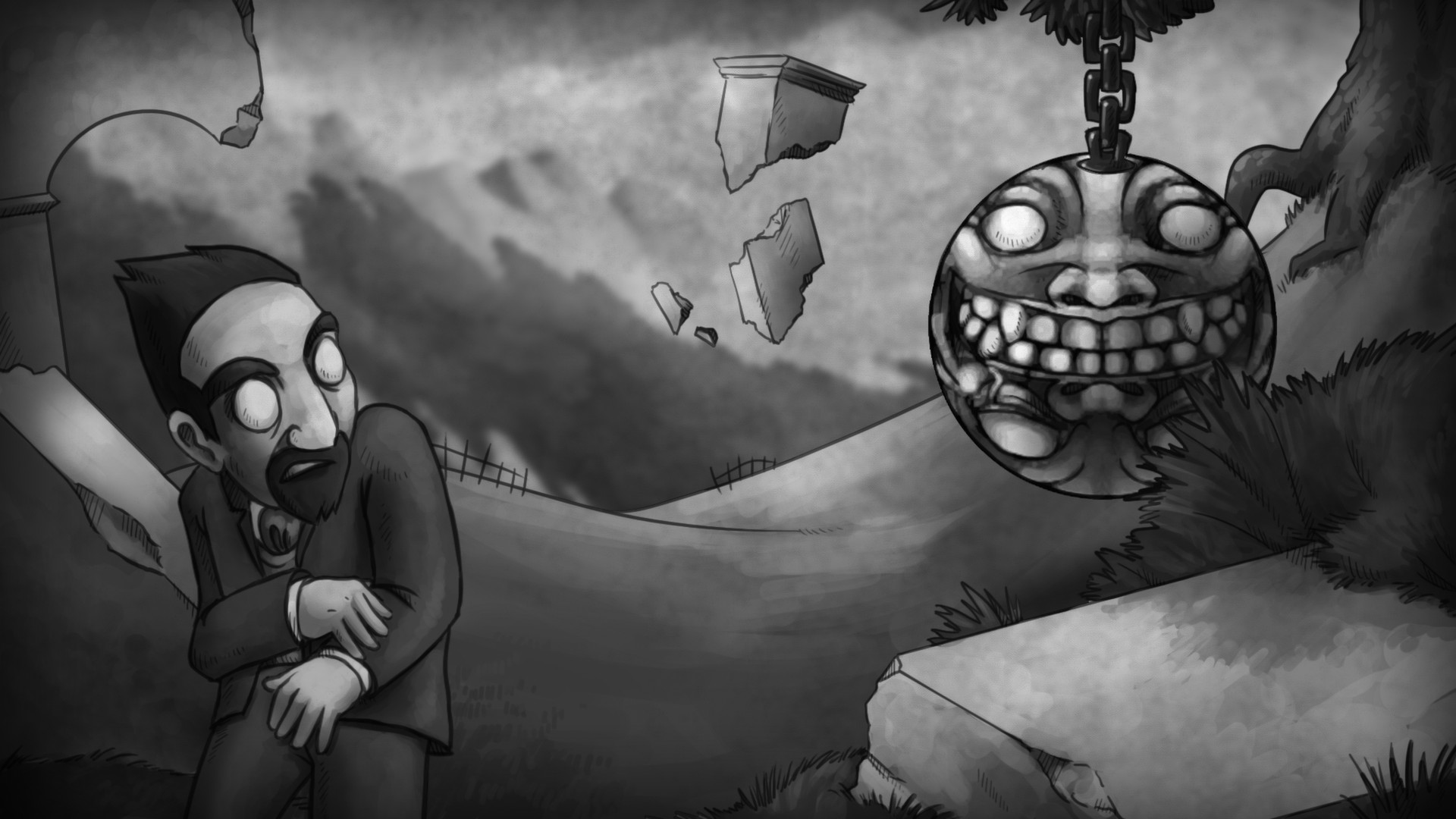 I just wish those grinning balls weren't so utterly terrifying. Look at them and their smiling, gnashing teeth, just waiting for the moment when you tilt the world the wrong way round and they can come hurtling down on your poor bloke's head. What's their problem? Sure, my little white-eyed dude might be a bit creepy-looking with his thousand-yard stare, but he's only trying to find his way out of these weird-ass dreamscapes without bothering anyone. Then BOOM. Crushed by a giant, grinning orb. Outrageous.

Still, if you're hankering after another Gorogoa-like experience and haven't walked your way across The Bridge, I'd highly recommend doing so. Just watch out overhead for those beaming jerkwads.