One of the updates for Hearthstone’s Year Of The Dragon has hatched early, bringing a new and improved deck builder to Blizzard’s collectable card game. Previously, the auto-complete feature technically could slot cards into an incomplete deck, or even make one from scratch, but it seemed to take little into account besides mana cost, often making nonsensical or simply weak suggestions. Now, though, it uses fancy things like win rate data and machine learning. And it actually (mostly) works, bringing a helpful aid for players old and new.

The new builder works by accessing Hearthstone's internal statistics and selecting cards based on their actual likelihood to, well, win you games. If you own every card, it’ll simply tell you what the very best deck for that class is at the time, but if you don’t (and almost no one does because Hearthstone is expensive as hell) it’ll still let you know what’s best from what you do have.

Plus, if you put in a few cards yourself that you know you want to play with, it'll work around them. Sometimes that means ignoring them and just making the rest of the deck as powerful as possible, but often it does actually try to play to their strengths.

That’s a big departure from external websites dedicated to tracking the most ideal combinations of cards. Where they would likely encourage crafting extravagant decks to eke out an extra couple of percentages, this new system means I feel like I’m making the best of what I've got on hand, and will be able to challenge the ladder with at least a real shot of, you know, winning some games.

Theoretically, it could somewhat take the fun out of actually trying to come up with new decks, but I’m just not sure that many people did that anyway. It’s essentially formalising the practice of netdecking, but customised to your collection and using complete data in a way that gives Blizzard the edge over the third parties that players have been turning to for as long as Hearthstone has existed.

I tested out every class with my collection, and it came up with eleven decks that I actually want to take to ladder, somewhere I haven’t really been interested in for many months. The only one it really disliked was my Warrior selection, where it threw together cards that presumably do have good win rates, but don’t seem to come together into anything cohesive. For example, it added Town Crier, a card which draws a minion with the keyword ‘rush’ from your deck, without adding any of said rush minions. 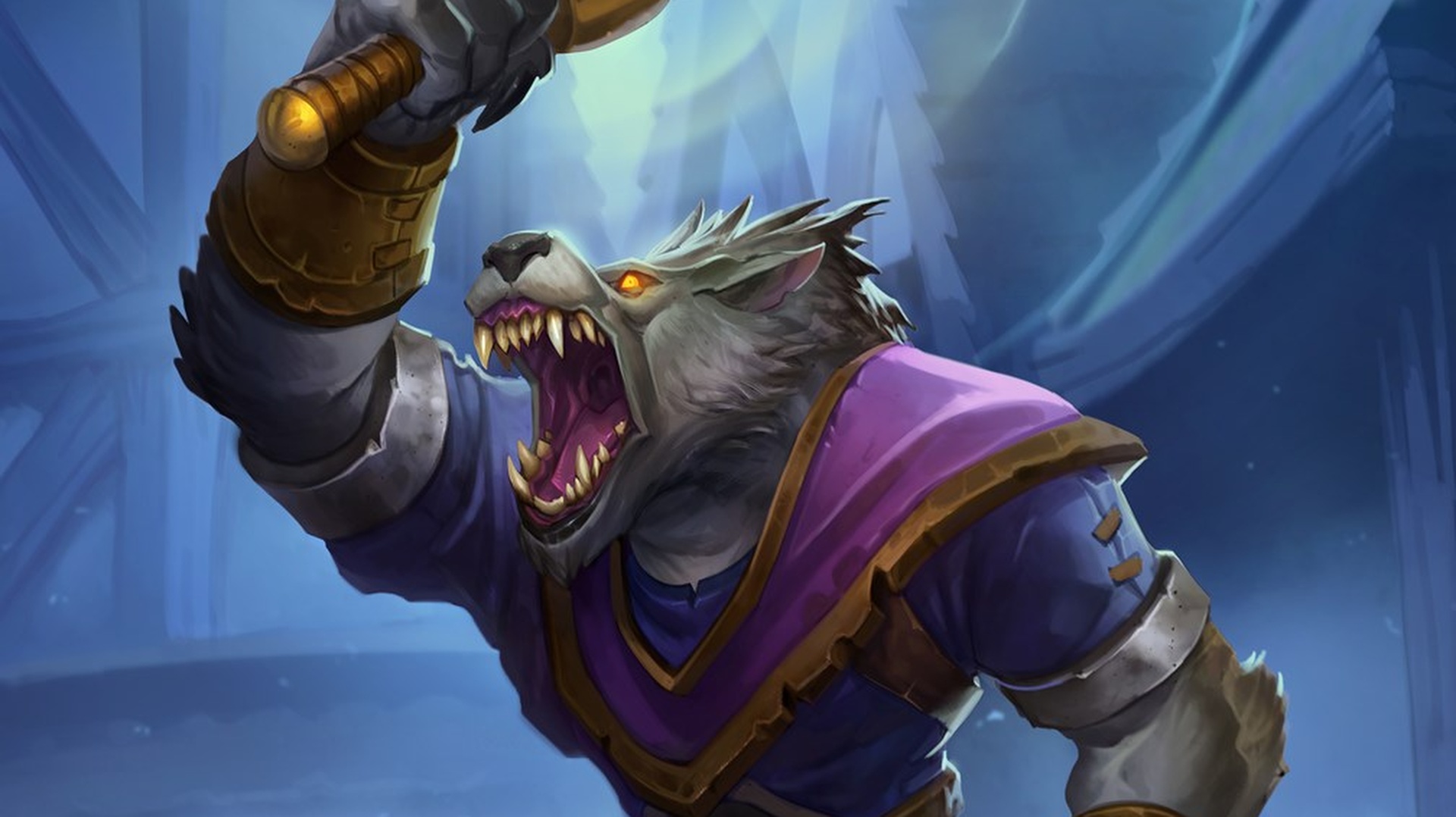 But aside from teething problems with tricky cards like this and Keleseth, which requires there be no other two-cost drops in the deck, it seems like a powerful tool. Not only does it help newer players get off the ground running, teaching the basics of combos and synergies, it also gives established players hints at what’s actually strong at any given time.

Multiple of my suggested decks, for example, featured Genn Greymane, the card that limits your deck to even cost only in return for a strong boost to your hero power. No wonder it’s getting banished to the Hall Of Fame when the next expansion rolls out.

It’s also encouraging me to try things I haven’t done before. My copy of King Toggwaggle’s been gathering dust for over a year, because he only seems viable in one very specific druid deck that requires a lot of other very expensive additions that I don’t own. But apparently the best recipe I can create for druid still includes his deck-swapping antics, so now I want to give it a shot even without the extra helper cards, just to see what happens.

It’ll also be exciting in the first days of the new expansion, Rise Of Shadows, as we see which of the new cards are rising to the top. We’re in the early stages of reveal season, giving me a neat excuse to post Adam Byrne’s process video for creating the art for Spellward Jeweler, a neutral minion that prevents your hero from being targeted by spells or hero powers until your next turn. Card art is always under appreciated.