The Year of the Dragon is sweeping into Blizzard’s collectable card game Hearthstone, burning up the previous Year of the Raven and bringing with it a whole lot of changes. Here’s creative director Ben Thomson and new executive producer Chris Sigaty giving the bullet points: a story running across all three expansions; new solo content; and hints towards a whole bunch of meta changing card tweaks.

In the full breakdown posted on their website, the developers list which cards are shifting from standard play to the Wild format (where all cards remain available). As well as rotating expansions from two years ago, so Journey To Un'Goro, Knights Of The Frozen Throne, and Kobolds & Catacombs, nine other cards will be added to the Hall of Fame and whisked away. Previously, all of these cards have been from the classic or basic sets, but the Dragon is hungry for meta changes, and so it will be burning out powerful legendary cards Baku The Mooneater and Genn Greymane a year earlier than their planned rotations.

Both of these were centrepieces in dedicated decks, the former using only odd-cost cards and the latter only even in exchange for a boost to the class-specific hero powers conferred by the legendary pair. Various odd and even decks have dominated the meta since their release in The Witchwood expansion last year, and they haven’t always been popular among players. Nerfing other cards doesn’t seem to have addressed the underlying issue, and so it’s time for Baku and Genn to retire to Wild along with the other, less powerful odd and even deck specific cards which would otherwise be rendered virtually useless: Black Cat, Glitter Moth, Gloom Stag, and Murkspark Eel.

Also joining them are three cards from the original basic and classic sets. Blizzard began retiring some cards which they felt were too dominant or which hindered the ability to create strong expansion cards with last year’s rotation, which saw Ice Block, Coldlight Oracle, and Molten Giant removed from Standard. This year, it’s the turn of Druid card Naturalise, Warlock card Doomguard, and Paladin card Divine Favor.

Of these, Divine Favor seems the most understandable. Aggressive Hearthstone decks usually suffer from a lack of card draw, with players dumping out their hand onto the board to deal lots of early damage, but struggling if their opponent could clear them off efficiently. Divine Favor allowed fast-paced Paladin decks to play their whole hand and then draw a huge number of cards (equal to however many their opponent was holding), making it easy for them to reload their board over and over again no matter how many times it was cleared. “To provide better control over the power level of future aggressive Paladin decks, we are moving Divine Favor to the Hall of Fame,” say Blizzard.

Their reasoning for Naturalize, on the other hand, doesn’t make quite as much sense. It’s a card that’s been in the game since its release, allowing Druids to instantly destroy any minion in exchange for allowing their opponent to draw two cards. Yet now, Blizzard say that Druids “have long struggled to remove their opponent’s large minions” and that Naturalize is being removed to protect that class identity, despite it always being a part of their toolset. 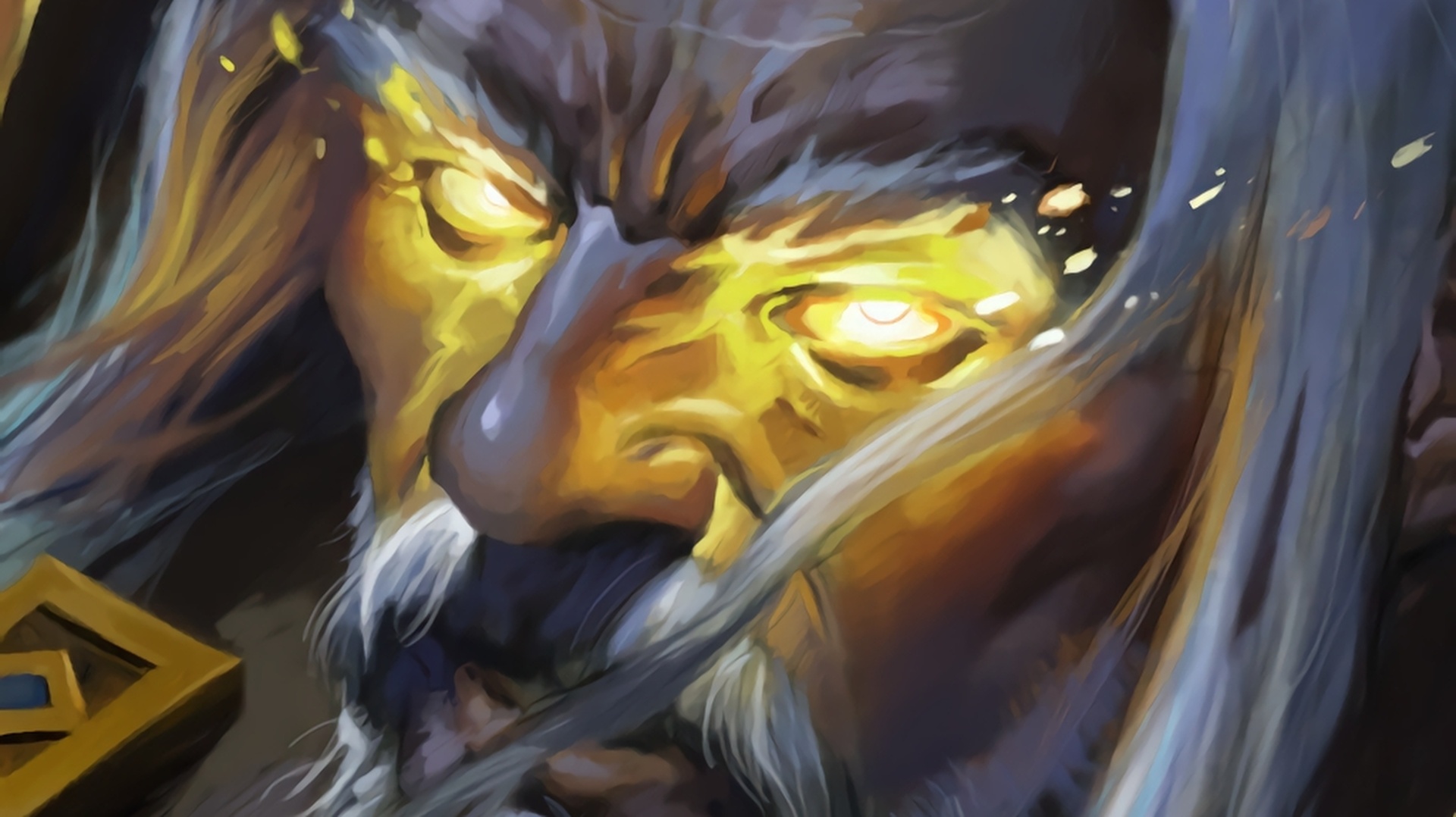 Regardless, because these cards are being sent off in addition to the ordinary rotations, players will receive bonus crafting dust equivalent to their value, while still being allowed to keep the cards for Wild play. That should come in useful for creating replacements in standard, or for making the powerful pieces when the new expansion drops, likely in April.

That new expansion will also bring new singleplayer content (albeit a month or so later). Blizzard haven’t tipped their hand on the full details yet, only explaining that there’ll be new characters and decks to play against various bosses in multiple game modes. It’ll be released over four weeks; the first chapter for free and the rest costing $19.99 or 2100 in-game gold.

Not content with stirring up the ranked ladder and singleplayer content, this year will also bring changes to the Arena, the deckbuilding mode which offers the player random choices to assemble a deck before seeing how many wins they can rack up. Arena currently offers the same cards as the standard competitive mode, with a few exceptions that would be either massively overpowered or useless. Come the Year of the Dragon, though, Arena’s offerings will rotate twice per expansion (six times per year). The first draft will include basic and classic cards as usual, along with expansion cards from Curse of Naxxramas, Whispers of the Old Gods, Mean Streets of Gadgetzan, The Witchwood, and whatever’s up next. 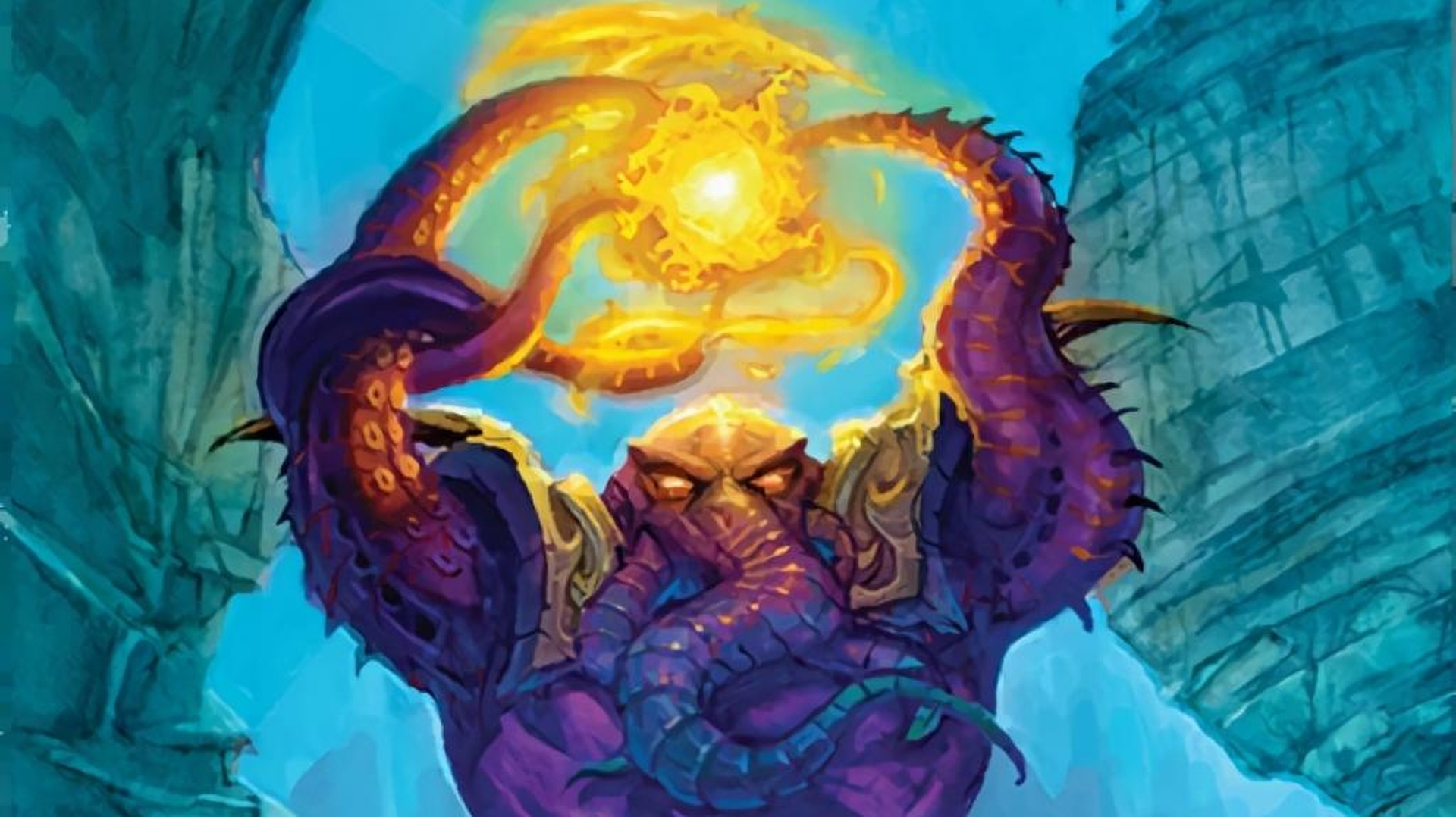 As someone who primarily plays Arena nowadays, this seems like a good change. What was interesting about the mode was always its unpredictability, but it did settle into having obvious strong cards, and having those flit in and out should continuously shake things up. Plus, it’ll be nice to see some cards that haven’t been available for a long time, and I won't have to listen to the incredibly dodgy Jamaican accents that made Rastakhan's Rumble insufferable.

There’s also a handful of quality of life changes, like the ability to reroll “legendary” quests. These are the ones that came with expansions or events and usually offer card packs for minor tasks, like trying out the new singleplayer content, but if you don’t want to do them you can now clear out a quest slot without having to grind out whatever it is. Arena wins will also count towards the golden hero portrait acquired after 500 wins with a class, which will certainly send me on my way there much faster. And the deck builder is getting tweaks to actually take into account combo pieces and other themes, which should be a boon for newer players.

Finally, and joyously, you’ll now be able to set yourself to have a random card back with every game. Finally, I won’t be forgetting to switch things up for months at a time (though, in my defence, Lemonade remains the prettiest design).

Blizzard are promising that this is a new era for Hearthstone in more ways than one, so along with these sweeping changes comes a promise for more communication with the players. Step one is setting up a Q&A on Reddit this week, on Thursday 7th March at 1pm PT/9pm GMT. A new year also means a new expansion, and though we don’t know exactly when to expect that yet, community manager Chris Attalus says it’ll be “soon.”